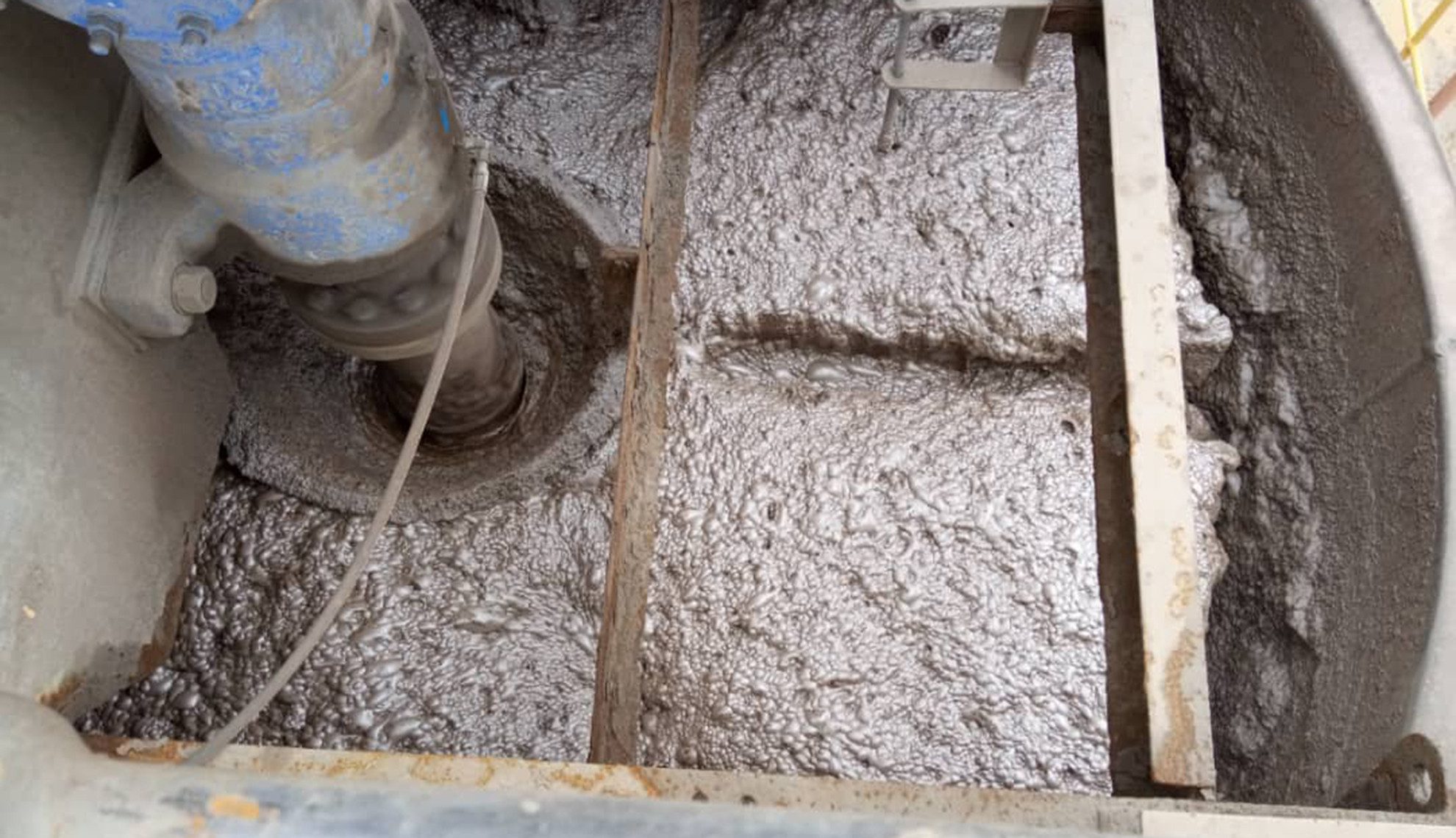 Why is the mining industry exciting? For me, the answer is threefold.

“First, it is a sector on the up. The mining industry was not so open 10 or 20 years ago, but times have changed, and it is now a globalised, transparent field that continues to grow with strong prospects.

“Second, it has a lot of potential. Look at the geology of West Africa – what do you see? Right now, not a lot in terms of proven mapping. A big, big part of this region is unknown from a geological point of view in the sense that we have an idea of what might be there, but a lot of mystery remains.

“Third, it is a catalyst of development. Resource rich areas such as Africa and South America are in need of business, of jobs, of engineers and specialised competencies, and the mining industry can be a fantastic liberator and platform for each of these.”

From the age of 12, Daniel Marini had a good idea that a career in the geology and mining industry could be on the cards.

“Do you know the poem Les Conquérants from José-Maria de Heredia? Please read it,” he advocates. “It speaks about adventurers who went to mine gold in Cipango (the old name for Japan). I first read it when I was less than 10 years old, and it’s fantastic! It gives you a taste of mining and the mining adventure.”

Exploring an acute interest in geology saw him go on to complete two PhDs in Geology and Mining Geology at Paris VI Pierre & Marie Curie University and the Muséum d’HistoireNaturelle of Paris before a passion for travel led him further afield.

“I wanted to see the world, and to explore more of Africa in particular to be honest – to meet new people and experience new cultures,” Marini explains. “So, when the opportunity arose to work with the United Nations in East Africa in Djibouti and assist the country’s geological mapping and hydrogeology, I took it.”

The motivation behind this latest move? The Trevali Perkoa zinc mine – a geologically fascinating site situated in the centre-west Sanguié Province, about 140 kilometres from Ouagadougou, the Capital of Burkina Faso.

“Officially, there are 13 mines in production and three other sites are expected to begin operating in Burkina Faso within the next one to three years,” Marini explains. “Of all of these, 15 are gold mines and only one, Trevali Perkoa, is a zinc mine.

“It’s what we call a VMS – a volcanogenic massive sulphide deposit, situated along a belt of Birimian-aged rocks also found in neighbouring Ghana and Mali. And while the BirimianWest African supergroup is renowned for its gold mineralisation, Perkoa represents the only significant zinc, silver and lead sulphide mineralisation found along the belt to date.”

Indeed, it is easy to see why Perkoa’s uniquely promising geological makeup captured the attention of the geologist, now employed as General Manager and Vice President of Operations at Trevali Perkoa.

The greenstone belt upon which it lies is a source of substantial optimism for the firm, emphasised by recent exploration efforts.

“We’ve been following this belt and have already had a very promising first resolute,” Marini explains. “Previously Trevali Perkoa was set to close in 2021, but a number of recent exploration studies have uncovered new resource bases that could extend our operations to 2025 at least.

“This year, we have adapted and changed the process at the beneficiation plant. Not only are we able to feed the plant with lower zinc grade, but also, with the iron flotation, we are able to have an excellent recovery and grade concentrate for very high iron grade in the feed ore.

“Further, today we are working to change the mine from a zinc valorisation mine to a polymetallic site. We’re hopeful that we’ll soon incorporate lead and silver concentrates into our operations – developments that will serve to ensure that this mine plays a key role for both the Trevali group and Burkina Faso for years to come.”

Albeit an area of expertise of Marini, geological exploration and capitalisation is just one facet of recent progress made at the mine.

Other breakthroughs have come courtesy of the firm’s consistent alignment with innovation and best practices, a strategy now known as T90 that is enabling it to reduce costs and improve efficiency.

Take the switch from light fuel to heavy fuel, for instance. “This transition has made us more cost-effective, enabling us to lower our cut-off grade and in turn extend the overall life of the mine,” Marini states.

Meanwhile, Trevali Perkoa’s metallurgical team has recently developed and implemented a new processing methodology that has improved the production of higher grades by reducing dilution and making modifications to the processing circuit to eliminate iron prior to the flotation of zinc.

“We implemented these changes in July, and they’ve been a huge success,” Marini states.

“It’s also proof that you don’t always need to spend big to make change. By merely supporting the metallurgical team and an idea, they’ve delivered a process improvement that is expected to save our company an additional $4 to $5 million a year.”

Through these operational improvements, amongst others, Trevali Perkoa delivered a second consecutive record of quarterly zinc production of 106.8 million pounds, with production up and costs down quarter over quarter.

The fruits of these operational endeavours are boundless. Yet they are not the sole focus of the organisation.

Likewise, social responsibility has always been a core part of Trevali’s remit, the firm consistently seeking new ways to uplift the surrounding community and give back through meaningful initiatives. “CSR has been a policy since we arrived here,” affirms the GM.

“In terms of employment, we try to empower local people wherever possible. We’re committed to ensuring that the jobs we provide offer upskilling opportunities and bring local knowledge, competencies, and skills, both technical and soft alike, to the local population.

“As of now, four national employees sit on our Executive Committee. And, for example, our Corporate Affairs Manager was recently provided with the opportunity to travel to Montpellier University in France to study for a PhD in corporate governance and community relations, fully funded by Trevali.”

Employment-centric efforts aside, the construction of housing, two grammar schools in the surrounding villages, the Perkoa Health and Social Promotion Centre, a youth centre and water boreholes for communities, removing the burden of social expenses and assisting the prevention of HIV and AIDS – a government awarded initiative – are all additional programmes worthy of note.

And so too are the firm’s educational initiatives, having launched literacy programmes and built a literacy centre and a vocational training centre in the region to transform access to learning for local people.

“Until 2015, pupils from Perkoa village had to travel as far as 35 kilometres to go to any grammar school, making it very difficult for them to attend,” Marini muses.

“Unsurprisingly, as a result, many of them couldn’t make it. But Trevali has been able to change this. Under the initiative of our CEO, we’ve equipped schools with electrification and computers as well, ensuring these children can learn the IT skills of the future.

“For me, it’s moral. If we make money here, the least we can do is work closely with the communities and assist their development, listening to and delivering on what they desire and what they need.”

Considering its social efforts and huge operational enhancements, it is evident that TrevaliPerkoa has made substantial progress of late, which begs the question – what’s next?

Further innovations will continue to be a core focus, owed to the firm’s T90 transformative improvement programme that aims to continue moving its operations down the cost curve, targeting $50 million in pre-tax annual sustainable efficiencies during the next two years.

“This strategy, spread across Trevali’s operating sites, will include the deployment of standardised best practices and deployment of technology to improve productivity and decision making,” Marini explains. “As of Q3 2019, $30 million of efficiencies were identified and are currently at various stages of implementation.”

If executed effectively, it is anticipated that this, combined with the pursuit of promising exploration efforts, will vastly improve Trevali’s current prospects, extending the life of Trevali Perkoa alongside its other global operations.

And for Marini, this is key, his concluding statements echoing his opening quote, identifying mining sites as a fundamental proponent of socioeconomic progress.

“For me, the mining industry, from zinc to gold to silver to uranium or otherwise, is a key lever for growth,” he declares. “Whether it’s the economic development of poorer nations or the technological improvements desired by advanced countries, mining is often at the heart of progress, and progress is at the heart of Trevali’s values.

“Teamwork, respect, performance and care – as we say in West Africa, on est ensemble: We are together!”