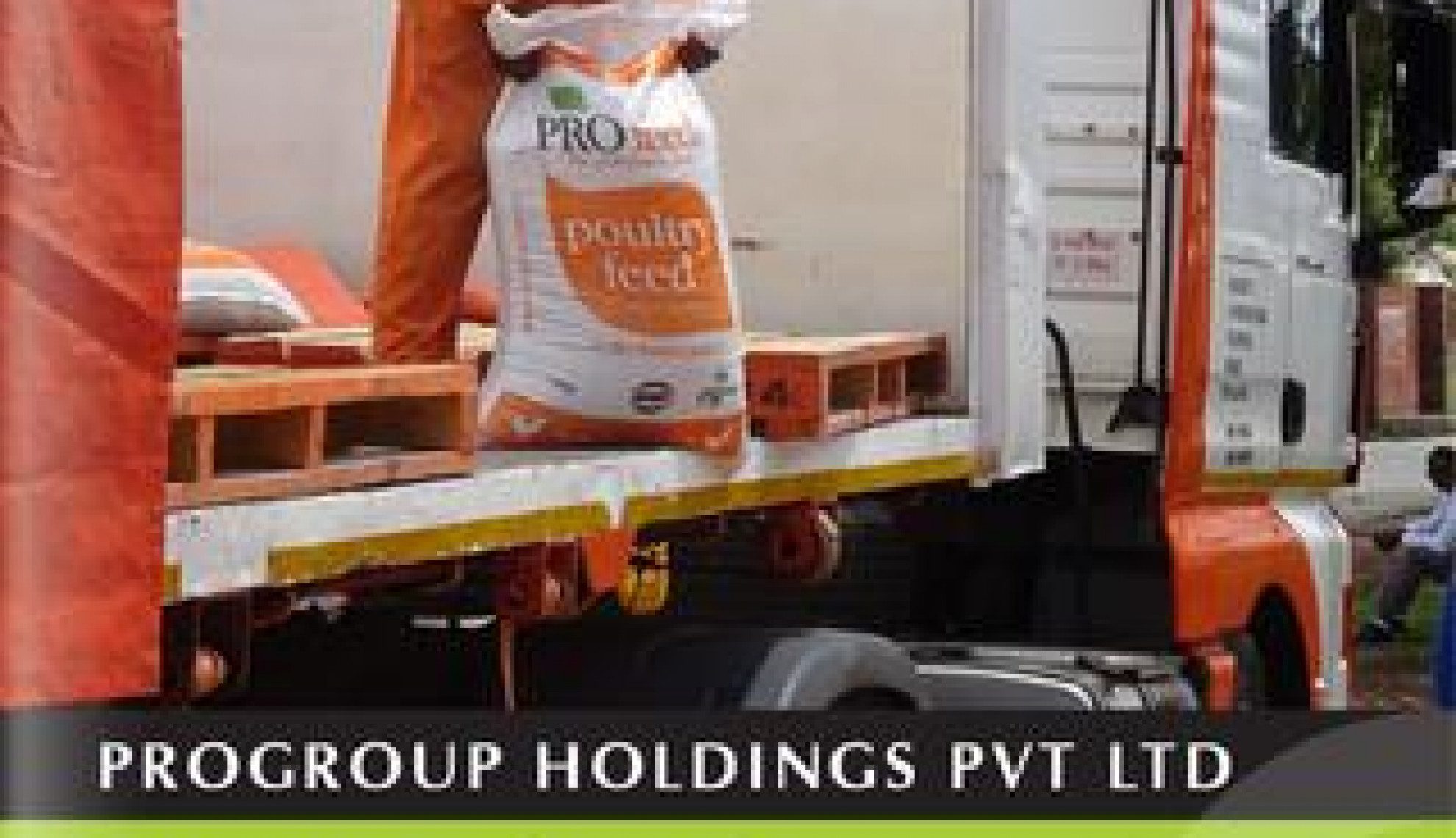 Leading Zimbabwean agribusiness, Progroup Holdings has demonstrated a multifaceted approach to operating in the nation’s fluctuating economic climate since establishment two decades ago; adapting and diversifying its operations to cater for the fast-moving consumer goods (FMCG) market, manufacturing and retail industries.

Comprised of three divisions that focus on adding value to local industry – namely Profeeds, Probrands and Probottlers – Progroup has leveraged the trading background of its longstanding executive staff to enter the aforementioned sectors with a high level of confidence; selling quality products at a competitive price that are backed by an innovative and creative brand strategy.

Driven by a young and dynamic team forged from an initial foray into trade through Produtrade, Progroup’s CEO and Founder, Nigel Philp has long placed emphasis on the importance of having a local workforce and building strong international business partnerships; attributing the Group’s empowered executive team and unparalleled loyalty to one-another as two key factors that have seen it through Zimbabwe’s challenging business environment: “Our customer-facing business is built on the relationships we have with our suppliers, customers and partners. This is an area I place a personal focus on nurturing, which has allowed Progroup to stand the test of time,” he says.

“We have had the advantage of being a small, private Company with the ability to make quick, informed decisions and enforce short lead times, all of which makes us stand out from the competition in a fast-changing environment.”

Given the Group’s extensive expertise in the agricultural commodity market, this year, Progroup is to capitalise on the rapid growth trajectory of its Profeeds business, with the aim to serve in excess of 10,000 SME Zimbabwean farmers; refining its supply chain management to create the best possible quality stock feed nationwide. This is in addition to the continuous improvement across its other divisions in its bid to help the country become a hub for investment once more.

Over the past five years, investment into Progroup has reached levels close-to US$10 million spanning all parts of the value chain; including machinery, product development, upgraded capacities, raw materials, storage and distribution. Since the launch of its Profeeds business in 2007 in particular, sales have grown from 5,188 annual tonnage in 2009, to 115,376 in 2015.

“Profeeds has reached a massive growth trajectory following our infancy years, which resulted in the need to increase our capacity quickly and effectively to keep up with demand. In addition to funding the continuous expansion of the plant from 2010 to 2013 with small to medium upgrades that took our capacity up to 4,000MT a month, in 2013 we embarked on a $5 million investment to upgrade our plant from a 4,000MT capacity further to 12,000MT,” explains Philp.

“Our main focus continues to be the small-scale poultry farmer. In 2010, after forming a key partnership with Irvines Zimbabwe, the country’s largest chicken producer, we became the first feed company to tap into this informal market and become a pioneer for its development,” he adds.

Through the Profeeds’ innovative three-phase feeding approach, the Company helped small-scale farmers reach slaughter targets within five weeks, beating the likes of animal feed competitors by one to two weeks. Today, the Company has 42 Profeeds Centres that sell direct to the SME customer.

“An important part of advancing our Profeeds business has been monitoring the latest industry trends and identifying key differentiators that set us apart. Implemented in the past six months, we have created Profarmer and Prosable, two out-grower models that bridge the gap between the SME grower and more formal markets.

He continues: “These two models supply chicks, feed and veterinary products on credit with extension and monitoring services for the growing period followed by an off-take of the chicken through market linkages. We will be branding these as Zimbabwe’s Special Brand which will target retailers to give shelf space to these local, grassroot growers.”

Working closely with Irvine’s Zimbabwe, Profeeds has deployed a specialised training programme for Zimbabwean farmers as a free-of-charge empowerment tool and demonstration of the Group’s wider commitment to social responsibility.

Since rebranding and revolutionising its product appearance in 2009, Probrands has been keen to place emphasis on locally manufacturing its products rather than importing finished goods so as to create a more sustainable business model.

“By focusing on distribution to major local retailers and wholesalers, we are well-positioned to capitalise on our target market of low to medium income customers. Probrands has quickly established itself as a top 10 supplier with the most routes to market,” highlights Philp.

With a firm foothold in the local retail market, the Company also made its debut in the dairy sector 18 months ago, manufacturing cultured milk. “We are further developing this sector and commissioning a $2.5 million long-life milk processing plant, scheduled for completion in the second half of 2016,” he further notes.

Having made great inroads into the crush and cordial sector via its third core product market through Probottlers, Progroup has a keen eye on further ways to expand its range and reach. Philp adds: “In the last quarter we have launched a carbonated soft drink brand FIZZI, which faces strong competition but we are confident that we will see an increase in current volume order.”

Progroup has been riding the economic wave in Zimbabwe and by diversifying its offering to stay afloat and contribute to the country’s GDP. Striving to be regarded locally as an employer of choice, the Group is doing all that it can to add further value for its brands, workforce and customers.

“Zimbabwe has been through a tough 50 years from UDI in 1965, entering more promising waters in the late 1990s and finally through a difficult hyperinflation era to the present day. However, I believe our country has the opportunity to attract investment. Being a dollarised economy, we have a massive opportunity to rebuild our agricultural sector to once again be the breadbasket of the region. Zimbabwe is full of good, hard-working people and has an abundance of natural resources from water, land, minerals, game and scenic beauty,” says Philp.

Progroup has been on a journey full of trials and tribulations, often falling prey to the uncontrollable economic changes that directly affect indigenous businesses. Despite this, the Company today proudly employs more than 900 people, with a turnover of more than $100 million a year. Philp says he is excited about creating a sustainable business future and is impressed with the solidarity of its people throughout the value chain: “I am incredibly grateful that we have been able to get through these tough times with the same passion and attitude towards business that we have had since the beginning. I’d like to thank and make special mention to all those who have helped to realise my dreams for the Company along the way. These people have challenged me, supported me and helped me grow as an individual.”

He concludes: “Zimbabwe can become a powerful regional hub again, but with the current commodity slump and the weakening currencies of our neighbours, we have our work cut out. Progroup is not going anywhere, so we have to deal with the pack of cards that have been dealt. We have to fight hard for every sale in a shrinking market and ensure our efficiencies cover the entire value chain.”