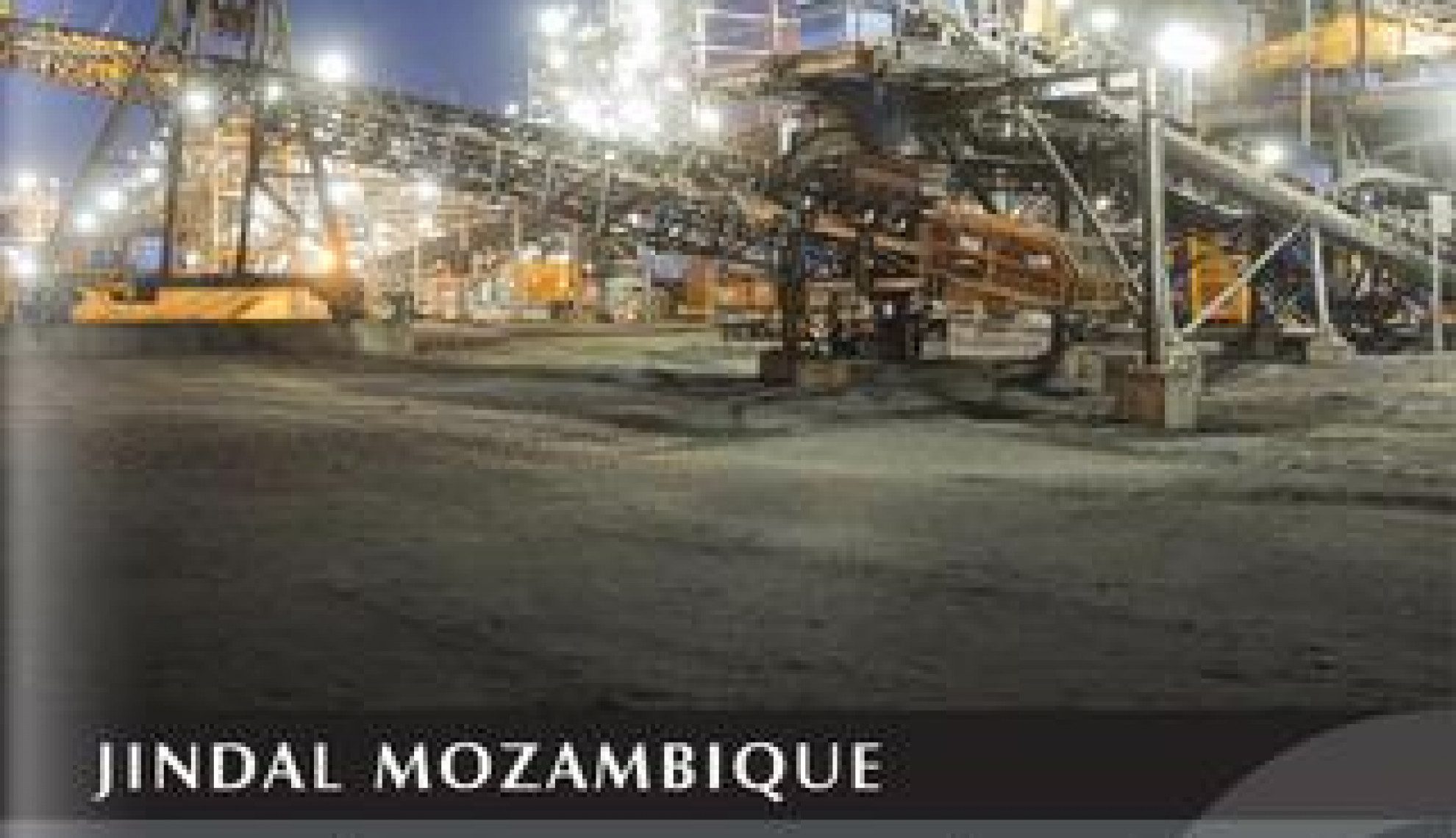 Entrenching its Foothold in Africa

With a total resource of 1.2 billion tonnes of coal, Jindal Mozambique looks to improve local infrastructures in order to secure long-term growth of its export operations

As part of the $18 billion conglomerate Jindal Africa Group, Jindal Mozambique is working hard to embed and expand its presence in the country through sustainable development of the Chirodzi Coal Mine, which produces coking and thermal coal. Backed by the government of Mozambique and with financial support from Jindal’s parent group, all coal from the mine will be exported overseas to India and its geographic location makes for a convenient direct delivery system across the Indian Ocean.

“The Jindal brand is recognised as a key international player in the mining industry worldwide and has a substantial footprint across the African continent,” says Country Head Chandra Singh, Jindal Mozambique.

Jindal’s first export shipment in May 2013 marked the achievement of first phase production levels of three million tonnes of ROM at Chirodzi, and there have been significant steps towards improving the coking coal yield via the addition of a floatation plant as well as providing adequate training to staff, expanding the washing plant and the mine’s other facilities. Africa Outlook spoke with the company as it begins to work on the development of two power plants that will make it possible for Chirodzi to become a cost effective export operation, securing the long term growth of the mine.

Located in the Tete Province and with a projected lifespan of 25 years, Chirodzi is Jindal’s first coal mine in the southern part of Zambezi and has a resource of 1.2 billion tonnes of coal. In August 2013, the mine was inaugurated by the Honourable President Arnando Emílio Guebuza who was accompanied by Jindal Steel and Power Ltd. Chairman Naveen Jindal.

Under the current coal market and in order to make the coal project sustainable, negotiations are currently underway for two power coal-fired plants collectively named Chirodzi Power Project. The framework agreement was signed with the Minister of Energy in 2011 which was quickly followed by a feasibility study and receiving environmental clearance.

“Not only is the construction of these power stations due to make a vital impact to production capacity and site operations as well as the sustainability of the coal mines but it will be the site of Africa’s first coal slurry pipeline directly to Beira port, which will drive local efficiencies.” comments Singh.

The Chirodzi site will consist of one 150MW unit in the 1st phase, with approximately 10 MW being dedicated for operational consumption. Thereafter, a further 2nd phase consisting of one unit of 150 MW of power will be placed in situ, providing a total power output of around 290 MW to be used by the Mozambican government to provide power to local areas.

“The primary intention of establishing these two power plants is to assist in cost-effective export operations. Through more efficient channels and higher productivity rates, Jindal will significantly contribute to the country’s economy,” says Singh.

Mozambique serves as a strategic gateway into the Middle East, Asia and the neighbouring African countries; Zambia, Zimbabwe and South Africa. The country is slowly returning to form, transforming from its reputation as one of the poorest countries in the world into one of the fastest growing economies in terms of GDP.  The recent Mining Indaba conference also revealed decisive positivity for the future of mining in Mozambique and across Africa more generally, which Singh was pleased to hear.

“A major advantage of any large mining project is the infrastructure benefits it brings. Backed by the financial security and branding of the Jindal Group, we have built a rail road of 12 km and train networks as well as bringing other contributions to the country’s infrastructure in order to fulfil shipping of coal from our three projects in Mozambique; in Zambezi, Moatize and Beira.

“The port is 685 km away from the mine and so we have optimised our transport links by building a loading platform at the Port of Beria and keeping a coal stock near Moatize rail. Our locomotives can currently transport one million tonnes of coal to the port. We expect to double our export levels as soon as further investments are made into the country’s infrastructure which will minimise logistical challenges going forward,” says Singh.

In the long-term, the company hopes to achieve in excess of 10 million tonnes per annum in coal exports.

“Mozambique has the fourth largest untapped reserves of coal, estimated at two billion metric tonnes, so there is massive potential for growth,” confirms Singh.

As of the end of 2014, Jindal exported half a million tonnes of coking and thermal coals to India. In order to increase this number and reach full capacity and become cost-effective, Singh says there needs to be a joint effort to rapidly address improvements to Mozambique’s infrastructure as he explains: “National companies, the government, investors and other mining organisations need to work together in order to sufficiently impact upon the country’s infrastructure.

“Just one example of the challenges that we face is with regards to exporting our product. A significant amount of products in general are exported from Mozambique and consequently, we need to build a stronger logistical backbone, particularly at the ports; where there is currently no mechanised loading system. The more of us who work together, the more economically sustainable we make Mozambique’s business and living environments,” he emphasises.

In summary, there are of course many direct and indirect benefits that Chirodzi Coal Mine will bring to the local communities and more broadly, the country. Firstly, the mine has provided more than 1,000 jobs so far, a number which is set to increase as and when capacity can grow. “For every 50 members of staff, there are five expatriates who work across different aspects of our operations, whether it is from a classroom or through on-the-job training,” states Singh.

Secondly the mine has a set of corporate social responsibility activities to complement its contribution to the country’s GDP, devoting millions of dollars to a wide range of local initiatives including sponsorship for training programmes in the community.

Moving forward, Singh hopes that Chirodzi will progress from its current output of three million tonnes of coal, to 10 million tonnes via an extensive and thorough long-term plan to increase capacity. “Within this plan, Jindal Mozambique will continue to assess alternative logistics systems to improve efficiencies which will include the slurry pipeline development on the new power plant site. Needless to say, exciting times are ahead for the Chirodzi Mine,” he concludes.