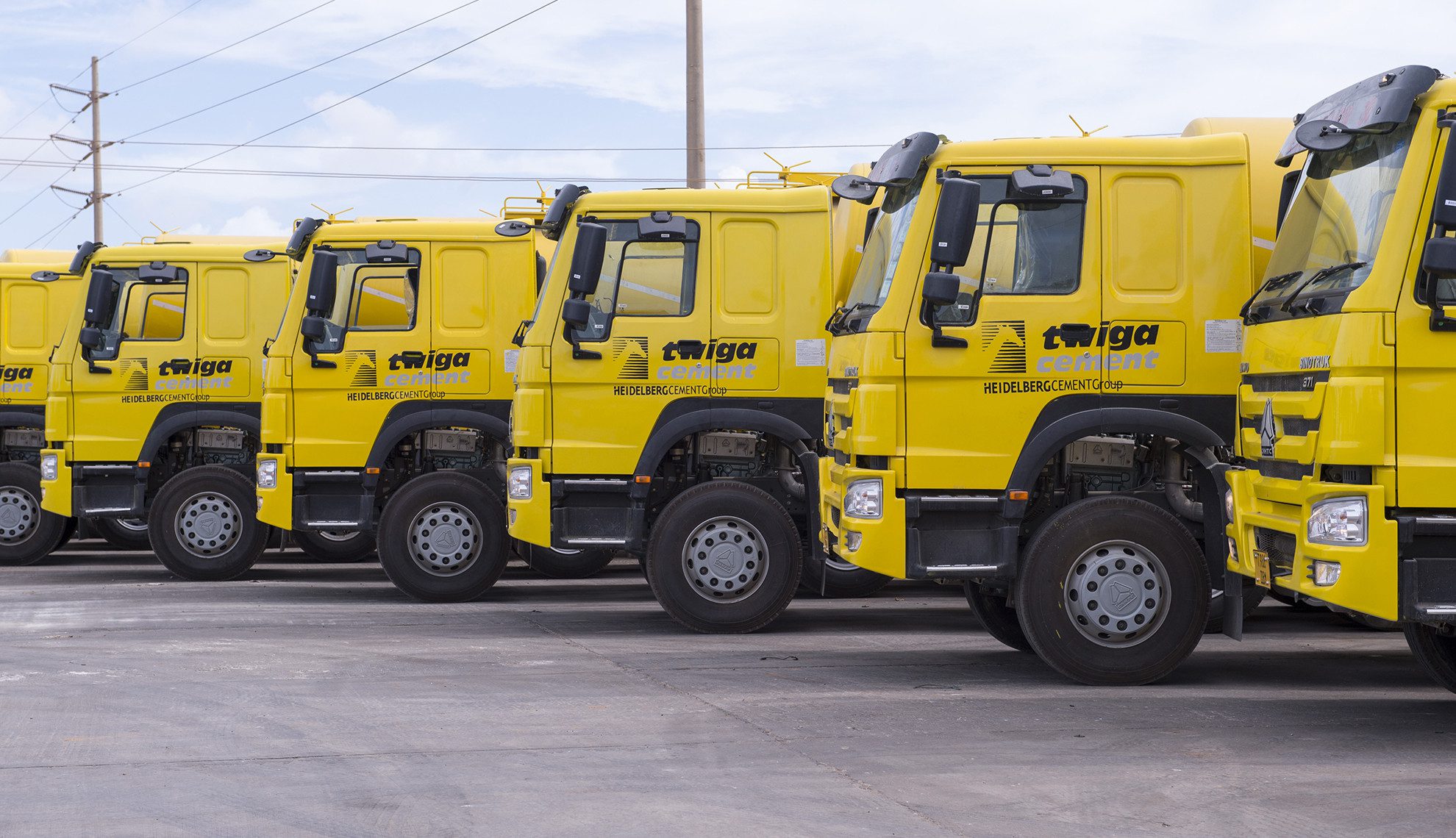 Twiga Cement has emerged as a trusted partner thanks to its commitment to consistency and quality, the company seeking to expand its capacity beyond 2.3 million tonnes per annum

Contrary to many markets in Sub-Saharan Africa, Tanzania’s construction industry has a great deal going for it.

According to the country’s National Bureau of Statistics, the sector is the biggest driver of gross domestic product, registering a growth rate of 13.2 percent in the first quarter of 2019.

Such activity is a significant factor behind the fact that the Tanzanian economy as a whole is growing steadily at between six and seven percent a year, a trend which is helping the nation reduce its poverty rate and better prepare for steep rises in population.

The sizable growth figures for Q1 2019 are attributed to an uptick in local production of construction materials, among them iron, steel and cement.

Established as a trusted partner and supplier to the country’s construction sector, the company has been catering to growing demand in line with the wider industry’s expansion.

“At the moment, compared to last year, we are seeing an increased consumption of around 14 percent for cement,” observes Commercial Director Yves Mataigne.

“Growth is aggressive and is mainly down to the amount of construction projects going on – the government has rolled out a clear strategy whereby the further industrialisation of Tanzania is to be accelerated, and one of the key facilitators of this is the implementation of infrastructure.”

“The impact is visible. A few weeks ago, I was travelling near Lake Victoria and saw a major road being constructed which will drastically reduce the cost of transportation. Airports, ports, and rail (old and new), as well as hydropower, are all being developed. An example of the latter is a dam on the Rufiji River, a project which will require over two million cubic metres of concrete.”

Twiga is not just serving a rapidly expanding construction industry in Tanzania, however.

Mataigne also notes how the company is operating in a sector which is maturing, the Commercial Director commenting on how he has witnessed a shift in the way building activity is being conducted.

“For example, the industry is investing in additional bulkers and batching plants because we are moving away from the more traditional ways of building with small blocks,” Mataigne says. “We are developing towards larger, more professional batching plants and construction methods.

“The whole landscape is changing thanks to the big investment in infrastructure, which will only benefit the country, its people and companies in the long run.”

Mataigne himself moved to Tanzania during the middle of 2017 after being presented the opportunity by parent company Heidelberg back in Belgium. Having worked within the organisation as a product manager, account manager and marketing manager, the opportunity to lead an entire commercial team was too good to turn down.

“I jumped at the chance because I knew we had a substantial operation in the country,” he continues, “and our Belgian colleagues have always had a strong connection with our people over there as working together started a long time ago. Wherever Heidelberg is operating we are rarely a minor actor, and our goal is to be in the top three.

“And it has been an extremely rewarding experience so far. The Tanzanian people are incredibly friendly and helpful, and what is amazing is the level of security here – I feel like I can move around the country with my family safely, and on top of that the nature here is astonishing.”

Mataigne and Twiga are based in the Tanzanian economical capital and key port settlement Dar es Salaam.

The area in and around Dar represents the company’s major market, served by its plant around 25 kilometres away from the city centre which is currently reaching a production of two million tonnes of cement on an annual basis.

By the end of 2019 the operation will have reached another production year record with the Commercial Director explaining that ssome days, close to 8,000 tonnes are produced, and over 300 trucks move in and out of the plant, which houses everything from the quarry and kilns to cement mills and packing plants.

Indeed, manufacturing and selling cement has been Twiga’s principal activity ever since it was established more than 50 years ago.

Also known as the Tanzania Portland Cement Public Limited Company, it produced its first bag of cement off of the production line at Wazo Hill in the middle of 1966, the firm becoming nationalised in 1978 before reprivatisation in 1998.

Today Twiga trades on the Dar es Salaam Stock Exchange, with Heidelberg holding 69.25 percent of shares and the rest being with the general public of the United Republic of Tanzania.

Outside of its home market, Twiga is also a brand leader in neighbouring countries, responsible for the majority of Tanzania’s cement exports to these nations. The key, Mataigne says, lies in consistency of product, something which is engrained in Heidelberg writ large.

“Heidelberg is number two in the world and that gives strength and competency across all of our operations – quality and consistency become part of your DNA,” he explains.

“Twiga is a brand leader in Tanzania and elsewhere for this reason, and that goes right across the entire customer experience. At every touchpoint there is the same consistency, respect and professionalism, from production and delivery through to finance and whereby even HR can advise and help our customers.”

Next year will see the Twiga operation expand thanks to a $20 million series of carefully thought out investments.

The company knows it must increase capacity in order to fulfil growing sales volumes, instead of adopting a drastic wholesale equipment replacement approach. Mataigne and his colleagues in production are setting a range of smaller changes and enhancements in motion to optimise what is already available.

The rehabilitation exercise, once complete by mid-2020, will see capacity increase by an expected 300,000 tonnes per year. And the process is already making an impact, as described by Mataigne who refers to an investment made at the time of our conversation.

“A good example was this week, when we spent $10,000 on enhancing a process which has resulted in us reducing loading time of a truck by more than half,” he says. “Just by doing the small things on a daily basis and challenging the status quo, we will ensure we continue to go further.”

Indeed, Twiga’s plans stretch far beyond maximising the potential of its existing setup.

“Beyond the $20 million, over the next three to five years, Twiga is looking into options to expand its footprint in Tanzania,” Mataigne continues.

A further growth of its operations would also entail a sustained programme of recruitment, the company already employing over 1,300 people at its current plant, which is a mix of direct employees and subcontractors.

Of the 1,300 on the books, just a few are expats, Twiga determined to build up local knowledge which will only serve to develop Tanzania’s construction skills base and leave a lasting legacy. Key to this, according to Mataigne, is “sharing in transparency in order to create value”.​

“People ultimately make the difference at Heidelberg and Twiga in every aspect and department,” he explains.

“We approach training and development as a daily collaboration and sharing of knowledge. There is a lot of interaction that takes place between employees – for example, our GM this morning spent an hour in a sales meeting talking to our staff, who are not disconnected from management in a hierarchical sense.

“We are also trying to knock down the silos across departments and utilise the expertise within the Heidelberg group. An example of this is that, as we speak, we have four colleagues from abroad assisting us with maintenance procedures on some of our equipment.

“It is our goal to grow as quickly and efficiently as possible, and so communication between all areas of the business is absolutely critical.”

Almost all of the company’s CSR work centres around providing schools with free bags of cement and IT equipment. Each year it supports anywhere between 30 and 40 different schools, helping them to provision a modernised learning programme for their pupils.

“It is our opinion that everything starts with education,” says Mataigne.

“IT is an essential tool for schools, and we know one day these pupils start working for the community, and they will have to be able to use a laptop or PC in order to do so.

“This is why we invest so much in education. When you build a cement operation, you are not there for five years – you are there for 30 to 50 years, and I firmly believe Tanzania and the world at large will benefit from our investments into the community during this time.”

Another important aspect of Twiga Cement’s responsible approach to business is its stance on protecting biodiversity.

Its cement plant and quarry operations, unsurprisingly, impact on the surrounding land and the wildlife living within it. But the company does its utmost to give back to nature once land has been used. To do this, it draws on the assistance of experts from around the world who provide advice on how best to rehabilitate areas in and around the site.

Looking ahead, such knowledge and expertise will be pivotal in Twiga’s bid to reliably supply Tanzania’s current and future pipeline of construction projects, as well as developments in neighbouring countries.

Mataigne is doubtlessly optimistic as the company heads towards 2020, a year which sees Tanzania return to the polls in the form of a presidential election, a vote which could signal another wave of confidence in the nation’s already thriving building industry.

Commenting on the firm’s major priorities and outlook for the year ahead, the Chief Commercial Officer says: “Twiga Cement will continue to help supply the large infrastructure projects going on in Tanzania and our neighbouring countries in a consistent manner, in the Heidelberg way. We are also looking beyond the large projects as well and into all options in a bid to increase our footprint.

“Another important event coming up are the elections. It is without doubt that Tanzanians will elect the leader who will continue with policies of investments which will help the country to keep building itself up.”

And Twiga Cement will be ready to contribute positively to whatever events take place by sticking to its unwavering guiding principles.

Mataigne concludes: “From a Twiga perspective, the future is not about rocket science. Everything is carried out with common sense and with an ambition of building up partnerships with customers, opening up a dialogue and challenging each other to be the best we can be.”