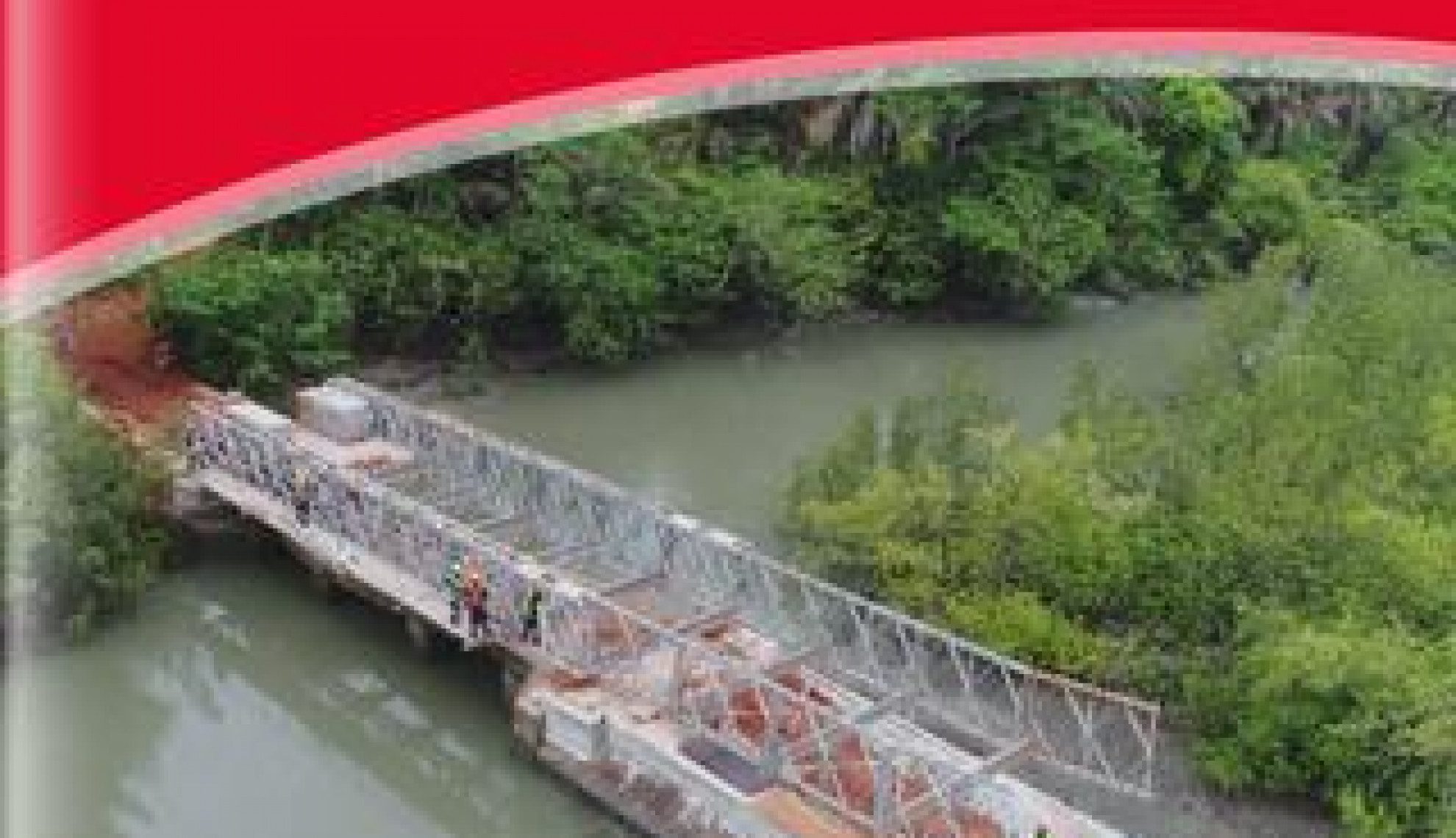 Growing a company’s revenue by a factor of eight in a completely new market is no mean feat. Add in the local challenges and nuances associated with establishing mining operations in African nations and WBHO West Africa’s achievements since 2005 appear all the more noteworthy.

A subsidiary of South African multi-disciplined construction firm WBHO, WBHO West Africa formed through a $7 million contract win for mining giant Newmont in Ghana. Fast forward to 2018, and the Company is now turning over close to $60 million thanks to successful projects both in Ghana and the wider region.

Central to this longevity has been the establishment of relationships that place the development of local communities and populations at its core, built around the upskilling of locals and investment in surrounding infrastructure.

Managing Director Peter Raw has witnessed this legacy building first-hand since the beginning. Against a challenging regional backdrop, Raw explains that WBHO has managed to drive positive economic and social benefit in Ghana and beyond.

“The construction industry in West Africa is currently highly stressed. This in my mind is driven by a combination of factors like the stability of the country for investment, availability of “cash” for further development as well as a fluctuating commodity prices.

“However, a key strength of ours which has allowed us to be successful is development of our people. We have built up relations with local communities and this has led to employees being with us in the long term.”

WBHO’s evolution in West Africa has been focused on its core provision of civil and earthworks construction services, chiefly to privately-owned clients in the mining industry. This covers construction of tailings dams, water dams, roads and terraces, drainage, heavy civil works and pipelines.

Raw goes on to explain several factors that have contributed to WBHO successfully overcoming the remote challenges it faced.

“Over the years of service in Africa, WBHO has developed a great team that are focused on our service delivery and customer needs on the projects,” he says. “We have built up a knowledge of the challenges of working in remote African countries. With this experience, we have managed to develop our teams to adjust to these ever-changing environments. As anyone who has worked in these remote locations in foreign countries knows, every day has its surprises and how we overcome these challenges sets us apart from the rest.

“In order to combat the challenges of working remotely, we have invested heavily in the plant and equipment available to the teams on the ground so that we can rely on our own means during construction. Depending on the territory we are working in, we always like to have a strong core team of WBHO people, plant and equipment that we structure the contract around.”

Further underpinning WBHO’s work is its ISO accreditation covering safety, quality and environmental bases, alongside key support from their structures in Ghana and other West African countries, as well as its parent company in South Africa. “At all times this support is only a phone call away with both resource support, technical support as well as financial support to make sure we can overcome any challenge thrown at us,” Raw adds.

WBHO West Africa’s first project in Ghana is testament to its legacy building ethos, demonstrated by the fact it still provides numerous ongoing construction services for Newmont at its Ahafo mine.

Located in the Sefwi Volcanic Belt in the central-southern region of the country, Ahafo is a surface gold mining operation which produces 349,000 ounces a year and employs 2,500 staff and contractors, making it a vital socioeconomic driver in the area. The site is also undergoing an expansion phase on the surface and underground, set for completion early next year, another project WBHO has been tasked with working on.

Described by Raw as a springboard into the region, the Company has not looked back, picking up further work for Newmont as the earthworks and infrastructure contractor on its Akyem project, another gold mine which began commercial production in 2013.

“Outside of the work WBHO does for Newmont, the presence in Ghana also opened the door to various other opportunities in the mining arena, most notably the construction of the Iduapriem Gold Mine’s tailings dam for Anglo Gold Ashanti,” Raw continues. “We were also more recently involved in the construction of the greenfield development of the Asanko Mine.”

WBHO’s expertise has also been utilised on general building projects in Ghana through our Building Devision, while in the country’s capital, Accra, it has established a fully functioning regional office which supports operations nationally and regionally.

The strong foundations and springboard Raw refers to is the product of a team made up of highly experienced expats and a vibrant pool of well-trained regional employees. Indeed, it is WBHO’s people which Raw believes differentiates the Company from other operators in the region.

“We have a lot of people who have been working with us on numerous projects through the years,” he says. “We also have a strong core of expats from the likes of South Africa, Zambia and Zimbabwe who in turn have helped us develop a strong core of Ghanaians over the years.

“Developing this team has allowed us to be a step ahead of competitors, for example other South African companies which may not have that local knowledge base. It is a key strength of ours.”

In terms of training, WBHO provides extensive in-house programmes covering skills and health and safety, including schemes of various levels conducted from its parent company’s head office in Johannesburg. Much learning also materialises on the job, with the Company maintaining a healthy balance between practical and theoretical education.

Mentorship is another important aspect of employee personal development highlighted by Raw, who describes how senior staff often pass down their knowledge and experience to those motivated to make it to the top.

Aside upskilling local populaces, WBHO also contributes to community life through various physical projects, such as providing key link roads, schools and infrastructure in and around the areas covered by its commercial activities.

WBHO’s longevity in Ghana has paved the way for it to move into other West African countries.

The most significant example comes in Sierra Leone, where the Company was involved in building a railway for African Minerals Limited, connecting its iron ore resource to vital trade links on the coast. What began as a conceptual haul road build soon turned into a rail project in order to navigate some of the challenging terrain covering the route. The contract extended to include delivery of a rail car dumper at the port and wagon repair workshop, among other contracts.

Successful operations in Sierra Leone opened doors in Guinea, where WBHO built a haul road for another iron ore client, a miner with operations in the Forecariah region of the country. A further three contracts followed in Guinea, the most recent involving a bauxite mine for Alufer which was commissioned in August 2018.

Raw explains: “Towards the end of 2016 we were awarded a major infrastructure works project for this mine. It has been a very successful project and mining operations have already commenced with the loading of the first bauxite ore for shipment in early August. This project was completed without a lost time injury and on time, despite the various challenges we have faced in terms of operating in the country, such as climatic conditions and community disruptions.

“We have learned a great deal and are now well-placed to carry out further work in Guinea. The team has done an amazing job on what has been a tough assignment in a difficult environment.”

Burkina Faso is another country where WBHO has broken ground, this time involving a civil construction contract for Semafo on its new Natougou gold mine. Further tenders in the country have followed, and Raw believes the Company can replicate the success it has seen in Ghana to date.

And it is continuing exploration of new markets, especially in the southern area of West Africa, that represents a key priority for Raw in coming years. Built around its established core of mining construction experience, WBHO looks set to leave a lasting legacy beyond Ghana.

Raw concludes: “We will continue to chase projects in the region, while always looking at expansion not only into new countries, but while drawing on our knowledge in the mining sector, expanding into other sectors as well.

“To be successful in West Africa you have to build up your relevant skills locally as well as build in the expertise of how to run business, and we have been able to do that and leave a legacy. We want to be welcomed back with open arms when we return.”