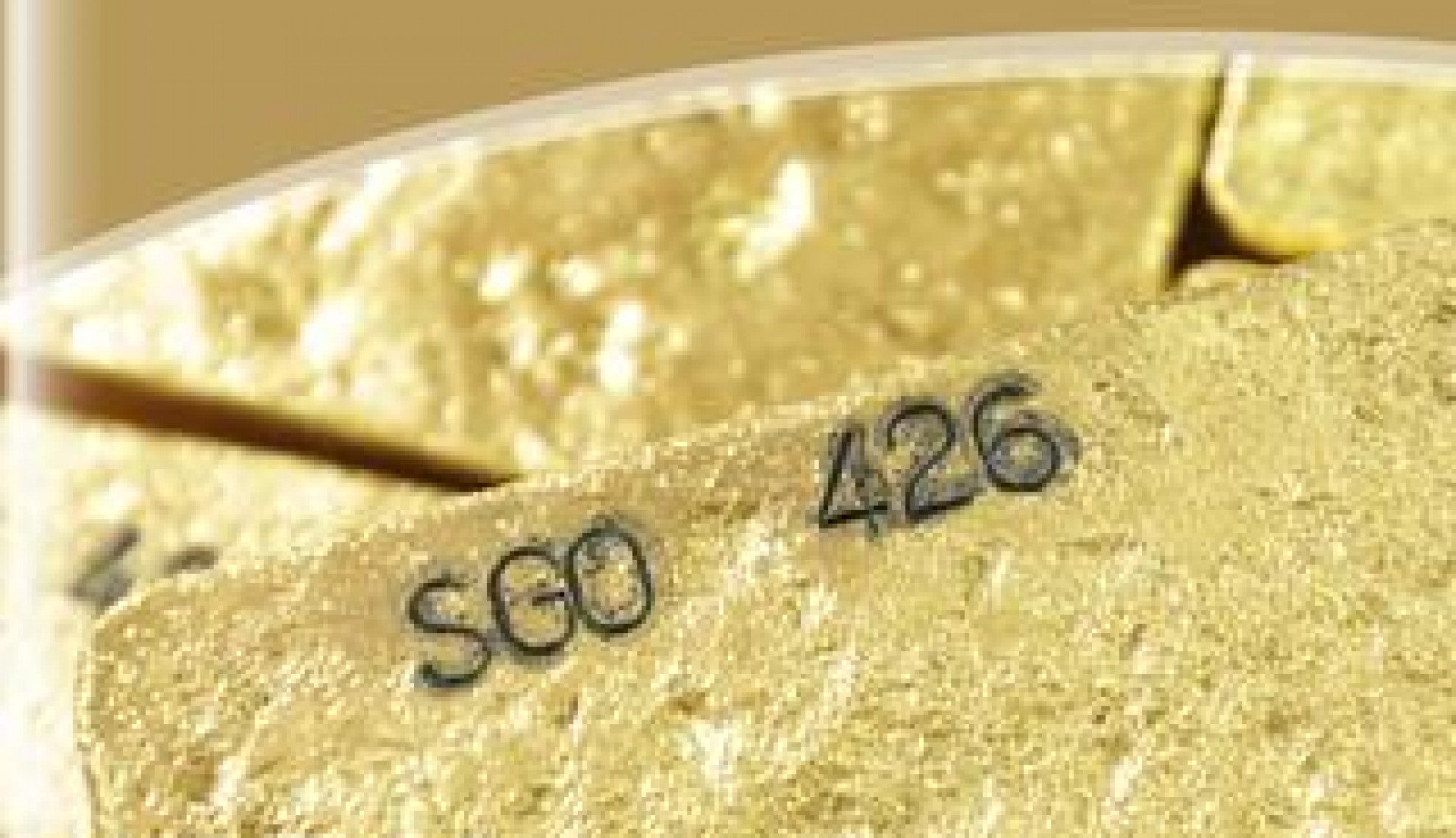 For the past eight years, Canadian mining company, Teranga Gold Corporation has aligned its own growth to that of the booming West African exploration and extraction industry, not only edging its business towards mid-tier status, but simultaneously weaving itself into the local fabric of the region.

President and Chief Executive Officer, Richard Young founded the Company back in 2010 alongside Chairman, Alan Hill following the latter’s identification of untapped potential, and the former’s acknowledgement that West Africa had become one of the fastest growing areas for gold production in the world.

“The Governments in the region were and are mining friendly and they have a strong mining code. West Africa is open for business,” Young affirms and recalls, looking back to the Company’s inception in the area. “Initially we came across the opportunity to acquire the Sabodala Mine by virtue of a previously explored mineral sands opportunity by an Australian company who found gold along the way.”

Teranga – meaning hospitality in Wolof, the most widely spoken language in Senegal where Sabodala resides – was born, and the rapidity of the Company’s growth since then has been remarkable.

During the initial phases, more than 100,000 ounces of gold were produced on an annual basis, but this figure has since risen to more than 200,000 ounces each year; epitomised by last year’s record 233,000 ounce achievement.

“All told, this results in around 1.4 million ounces having been produced a Sabodala,” Young says. “What we’ve since been able to do is leverage the cash flow of Sabodala in Senegal and use it to expand into two other countries – Côte d’Ivoire and Burkina Faso – via the development of our Wahgnion project and a forthcoming expansion programme at Golden Hill.

“As a result, we’re now poised to capitalise on an organic growth pipeline that will take us to mid-tier producer status over the next few years.”

The combination of Sabodala, Wahgnion and Golden Hill alone is projected to take Teranga’s annual production rates past the half million ounce mark, and that’s before its Afema project in Côte d’Ivoire progresses over the coming years as well.

Young enthuses: “We all do a good job here in West Africa but Teranga stands out on two major fronts. Firstly, we have developed expertise mining multiple deposits. We turned a simple single deposit at the Sabodala mine into a multiple deposit site feeding into a single mill, showcasing how good we’ve become with grade control. In fact, we are doing about 20 percent better than our reserve models and this gives us confidence to embark on other multiple deposit projects.

“And secondly, our approach to CSR in West Africa is a major advantage. It’s a focus from the top down. It’s a special philosophy, which is fundamental to the way we operate.”

Adding value to the local economies

This latter point encapsulates Teranga’s evolution in a region that was always ripe from an industrial perspective, but which required a sound corporate social responsibility strategy to succeed. As such, Young recalls that the business has always focused on sharing the benefits of responsible mining with all of its stakeholders, with its core mining expertise simply following suit once these pivotal initiatives were in place.

“We always see ourselves as a guest in our host countries,” he notes. “We appreciate the opportunity to come in and work and our mission is to make sure that we leave these communities better off than when we found them.

“If you look at Senegal initially, for example, Sabodala had a non-Senegalese general manager in place at the time of the IPO and 10-15 percent of the workforce were expats. Our response was to immediately put in place a local general manager and to reduce the number of expats to just five percent. We now have Senegalese in very high positions and they’re a key component of our team.”

“Inevitably what ends up happening from this latter personnel perspective – and it’s the nature of what we do – is we train them and then they eventually leave. People from Dakar will come here to be trained and then move back with their newly acquired skills to turn them into very good employment opportunities,” Young explains.

“But we understand that, and it’s actually our goal. It all comes back to ensuring that these communities and individuals – and therefore the country – is better off. Whether they’re in mining or any other activity, they come away from Teranga with improved skill sets and go on to add value to the economy.

“It’s always as much about societal facilitation as it is about company or industry development.”

Proof of this model’s success is the ongoing prevalence of its operations, which continue to thrive under the guidance and stewardship of Teranga’s almost entirely local workforce.

In identifying such prospects to begin with though, Young aims much of the plaudits towards his geology team who have turned nascent or underexplored opportunities into sustainable success stories.

Young details: “What we’ve been able to do in a few cases is assess work that had been previously carried out by juniors and see what might be possible with a successful drill bit. And this has laid the platform for the success we’ve enjoyed across a number of acquisitions or joint ventures, as the geologists correctly anticipate not just what’s currently available in each case, but what’s possible too.”

And naturally, as Sabodala has blossomed in status, Teranga’s standing in the wider industry has escalated; subsequently paving the way for its expansion into Burkina Faso and Côte d’Ivoire.

The contributory factors culminating in this operator-of-choice position are innumerable of course, but Young once again pinpoints the Company’s expertise and considerate philosophy as being chief among them.

“We have a culture where we treat everyone with respect and that goes for the local communities and countries in which we operate, as well as our employees, contractors and business partners,” he states. “As a result, we are becoming a company of choice for both partners and workers.

“Importantly though, people see what we have achieved and how quickly we’ve achieved it. They’ve witnessed our organic growth and our ability to move beyond one asset within a relatively short timeframe.

“So if you’re one of these prospective partners, or employees or contractors, you can look at Teranga and think “if we do a good job here, then another project will come up soon that we could be involved in as well”, and that makes us a very attractive proposition.”

A number of discoveries

By no means is Teranga Gold Corporation’s work done, however. In recent years, several capital investments and acquisitions have been made to ensure that Sabodala remains progressive, Wahgnion develops on schedule, and that new profit lines are being pushed forward or unearthed on a yearly basis.

Beginning in Senegal, as much as $20 million has been spent in recent years as part of the Company’s mill optimisation programme, comprising the establishment of a parallel crushing circuit, and a host of upgrades throughout the system to increase throughput by as much as 15 percent.

The addition of expert systems and controls go on to assure better recoveries from this enhanced production, and since 2016, attentions have turned towards building the Company’s second mine; this time in Burkina Faso.

This project will cost approximately $232 million, while Teranga also anticipates reserves at Wahgnion to rise from 1.2 million ounces to two to three million ounces, giving it a 15 to 20-year mine life; a substantial statistic when combining it with the 13-year lifecycle still remaining at Sabodala.

Young adds: “Not only have we made acquisitions but we’ve also invested into exploration and moving mines into production across Burkina Faso and subsequently Côte d’Ivoire; and we’ve made a number of discoveries that will see us through to 2020 and beyond.

“Regarding Côte d’Ivoire in particular, it’s such an underexplored country, and we believe it contains more gold potential than any other country in West Africa. So once again it’s very prospective and we’re already drilling two properties there as we speak.

“Ultimately, at present, Sabodala has matured, and for us it’s now about continuing to extend the mine life there with a focus on aforementioned productivity initiatives to lower unit costs and optimise the mine plan while simultaneously taking those same successful concepts in order to build new mines and successes elsewhere.”

Across parts of Africa in recent years, mining has seen national challenges or peripheral sector slumps, but this doesn’t seem to have been the case in West Africa and in the budding prospects of Senegal, Burkina Faso and Côte d’Ivoire especially.

A “booming” sector has its own challenges from a competition perspective of course, but on the whole the repercussions are solely positive; especially for a company that inherently works hard to be an employer and partner of choice under any circumstances.

“You have to work hard in these parameters because they’re so important, but mining in West Africa is booming and that can only be a good thing moving forward,” Young says. “There has just been a second mine built in Senegal, there are around four being built in Burkina Faso and there’s a lot going on in Côte d’Ivoire. So when we look at how much activity is going on in relatively small countries, mining is absolutely thriving.”

The aforementioned aptitude to adopt a localised approach to operations has therefore been critical for Teranga. And in having a primary shareholder and board-member who is the largest private employer in two of its three countries – Senegal and Côte d’Ivoire – the business enjoys yet another unique advantage.

“On the ground our cornerstone investor is considered a local and everyone wants to see local ownership,” Young concludes. “We have a great platform to build from and looking to the future, with a number of projects and prospects in our pipeline, we fully expect to move into that mid-tier producer status of at least 500,000 ounces a year.

“Additionally, we will continue to make a difference on the CSR side, thinking outside of the box and ensuring we leave communities better off than when we found them. We challenge our team every day, we have a brilliant CSR team, and we see it as critical for us to truly make a long-term difference in West Africa.”