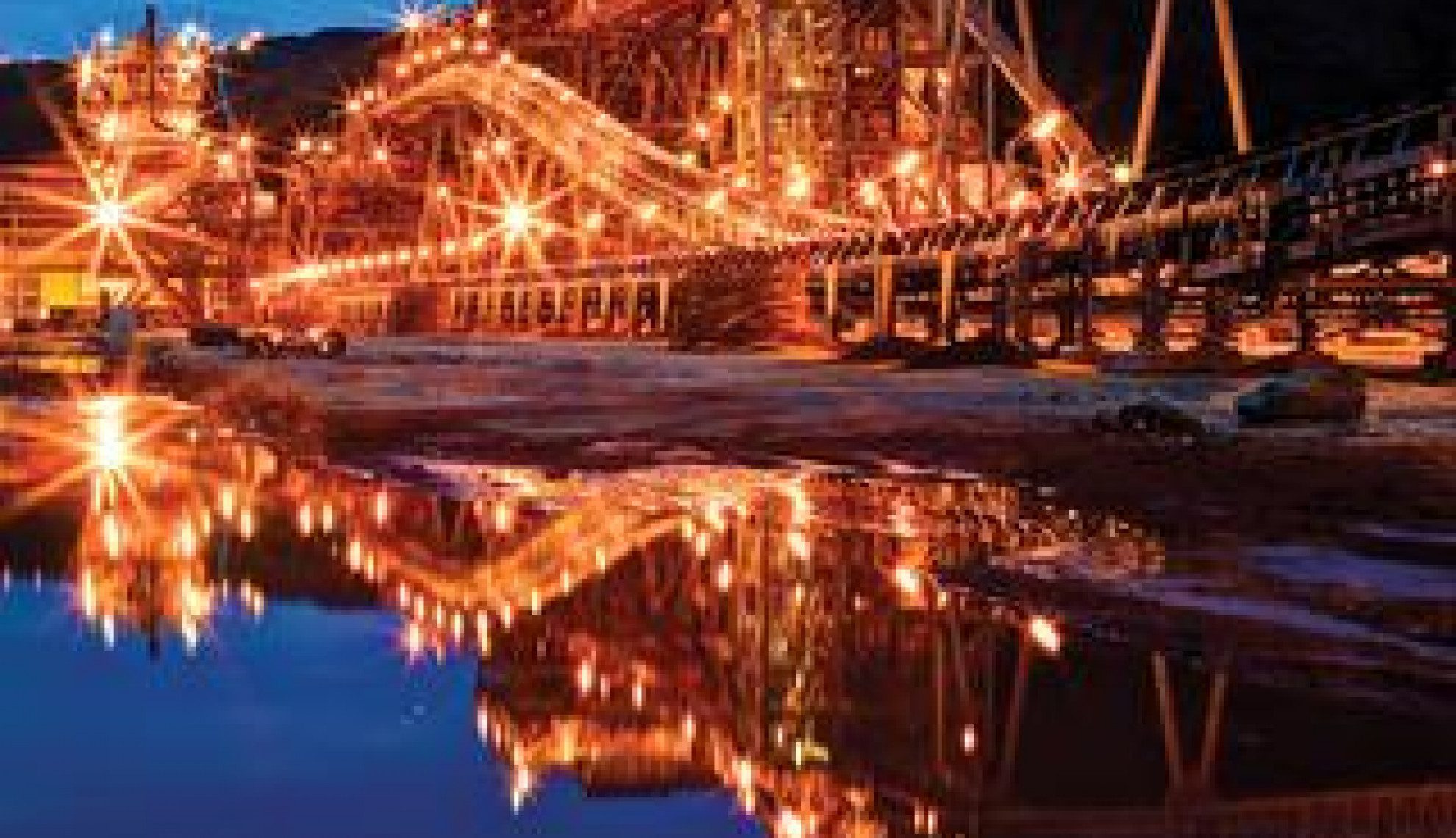 Ore owners have described West Africa as the new frontier and the quest for its iron-ore resources has driven a railway and mining boom worth an estimated $25 billion. So many discoveries have been made in the region that it has been described as the new Pilbara, after the massive iron ore fields in Western Australia. AIM-listed African Minerals Ltd’s (AML) Tonkolili mine in the Sula Mountain range in Sierra Leone sits on top of one of West Africa’s largest iron ore deposits.

The firm, founded by entrepreneur Frank Timis as Sierra Leone Diamond Company, spent seven years exploring the deposit before confirming the presence of a world-class magnetite iron ore deposit in 2009. The London based company signed a 99-year lease with the government of Sierra Leone to rehabilitate the 74km 1067mmgauge railway from the port of Pepel to the old mine at Marampa and build a 126km extension to a new iron-ore mine at Tonkolili. It began production just 14 months after the mining permit was issued and the fi rst ore trains ran in November 2011.

The second phase “will entail the development of a new purpose built port at Tagrin Point. The new port will have the ability to load Cape Size vessels alongside the quay and avoid the costs of using transhipment vessels. At the mine a new major concentrator will be built, producing 30Mtpa of high grade hematite concentrate. This phase will be capable of supporting this expanded production for around 15 years, at a cash cost estimated to be around $21/t,” AML’s website says, adding, “The flagship project comprises the Tonkolili iron ore deposit and additional associated 200km rail and port infrastructure in central Sierra Leone. Tonkolili currently has a JORC compliant ore resource of 12.8Bnt which extends over a combined strike length of 30km, and includes a substantial Direct Shipping Ore and Saprolite mineral resource overlying a very large magnetite orebody.”

AML announced recently plans to produce the equivalent of 20Mt of iron ore a year by the end of Q2 2013. It said it expected a surge in output this year as it continued to ramp up production and forecast production of 15Mt to 18Mt at Tonkolili in 2013. The mine produced 5.1Mt last year.

“While significant progress was made in 2012, delays in construction and commissioning of the wet process plant, and the prolonged and severe 2012 wet season, impacted operations resulting in the exporting of 4.3Mt of material, below our revised 5Mt target,” AML said in a statement, adding that adjusted operating loss narrowed to $27.9 million in 2012 from $35.6 million a year earlier. “2012 has been an important year for AML, a year which has been characterised by the strengthening of the team, a major investment from SISG, the continued ramp up of production and a significant de-risking of the next phase of the project, now with the brownfield development at Pepel, which will result in a material reduction in capital expenditure,” said CEO Keith Calder, the former chief executive of Western Coal who replaced Alan Watling who unexpectedly quit the miner last May. “The progress we have made in 2012 and early 2013, in installing physical production capacity and strengthening our leadership capability, position us well to achieve our sustainable production target of 20Mtpa during Q2 2013.


“We have made good progress with value engineering and optimisation in our Tonkolili mine expansion strategy. While our strategy regarding the mine and plant is mostly unchanged, we have now decided to leverage our existing rail and port infrastructure at Pepel to achieve the expanded export tonnage. This will significantly reduce capital costs, and de-risk the project’s delivery, whilst at the same time reducing social and environmental impacts. This approach will provide a significantly better value, capital efficiency and risk proposition for all of our stakeholders.”

African Minerals, which faced a short-term funding crunch late last year and reworked its finances to meet working capital needs at that time, said it expected to be cash flow positive on a sustainable basis during the second quarter. “After a tough 2012, where shares were changing hands for as much as 590p in February, but by November they had dropped to 225p, things are looking up AML,” a London-based analyst told Africa Outlook.

In February, the miner announced that it had secured potential funds for the next stage of its expansion plans at Tonkolili. It announced two new financing deals with the Standard Bank of South Africa. The firm announced a $250 million secured loan facility, structured to be able to be increased to fund further expansion to 35mtpa. It also unveiled a corporate revolving facility of $100 million for general corporate purposes, replacing a $100 million amortising standby facility of which $80 million is currently outstanding, providing $20 million of additional liquidity.

“I am delighted to report that the facilities that we outlined in December have now been approved, and am especially pleased that Standard Bank continues to be a cornerstone lender,” said Miguel Perry, CFO of African Minerals. “These facilities provide us with incremental financial flexibility through the project ramp up period, as well as a potential source of funding for the next phase of our expansion to 35mtpa.”

African Minerals’ $1.2 billion refurbishment of the former Marampa mining railway and port in Sierra Leone was completed at light-speed, which indicates the pressure miners are under to get their ore to market. Last year African Minerals sold 25 percent of the Tonkolili project to Shandong Iron & Steel Group for $1.5 billion. Shandong has the rights to take 9.8 million tonnes of African Minerals’ iron ore production and the deal underlines China’s continuing appetite for African commodities.

“The Chinese government are going to announce their infrastructure going forward in the next few months and I’m comfortable that there’s strong demand,” the company told the Financial Times.

AML’s new CEO has certainly made an impact. He has brought a new spirit of dynamism and management expertise as the company repositions itself to restore shareholder confidence and boost its iron operations in Sierra Leone – a country the company is helping to transform. The Tonkolili project has a mine life of over 60 years.