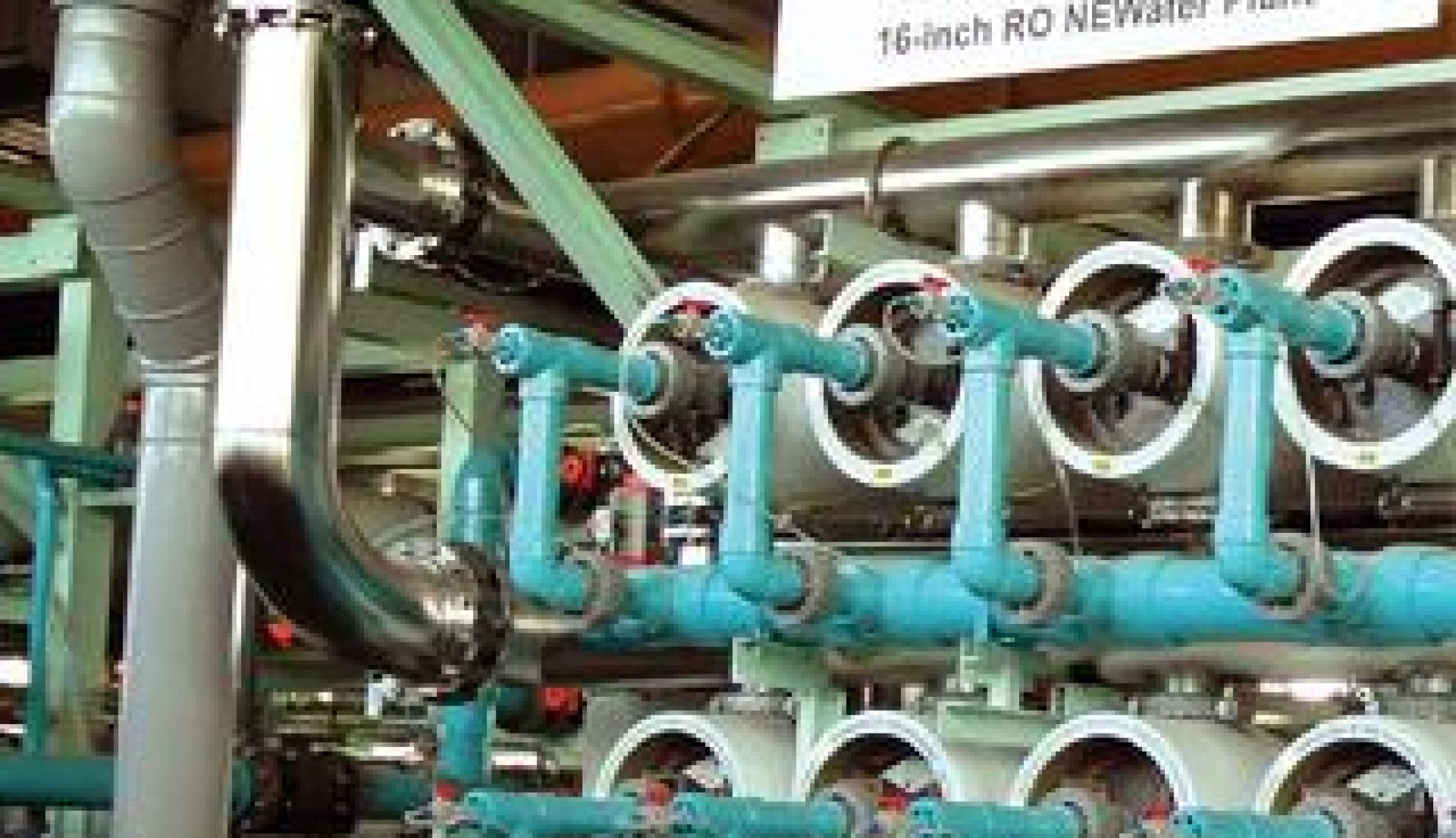 Leading the way with water

Nuwater is a specialist provider of solutions and services for the treatment, reclamation and re-use of wastewater as well as the desalination of sea and brackish water.

When apartheid crumbled in 1994, an estimated 14 million South Africans lacked access to a formal water supply and about half the country – some 21 million people – had no formal sanitation, according to the Department of Water Affairs.

Since then, access to water has increased dramatically, but backlogs persist. At least 26 towns in the Free State, for instance, currently have no water at all in certain areas, water supply disruptions, or extremely unhygienic water coming from their taps. Water problems in these towns are mainly being caused through water treatment plants and pipes that are dilapidated while some dams are completely dry.

Now, as that sinks in, this is a great point at which to introduce Nuwater, a specialist provider of solutions and services for the treatment, reclamation and re-use of wastewater (and the desalination of sea and brackish water).

Nuwater can pretty much do it all and a central part of its offering is based on Reverse osmosis (RO), the technology of choice for large-scale desalination applications, be that desalination of seawater or wastewater containing high levels of dissolved salts.

“We service our two main geographical markets of sub-Saharan Africa and South-East Asia from our offices in Cape Town and Singapore,” says Nuwater’s Michael Avant-Smith, who explains that the firm was established in 2010 following the acquisition of the Grahamtek large diameter RO technology patents and intellectual property.

Since then the company has secured a number of significant projects, specifically in the mining sector.

“We are continuing to develop large-scale wastewater reclamation and seawater desalination projects in a number of countries in Asia and Africa based on our 16″ RO technology and our successful projects in Singapore,” says Avant-Smith.

“these new ‘modular & mobile’ plant designs are based on the technologies and learning’s in use in our more conventional Singapore plants but are engineered with a very different mindset – one that prioritises speed of deployment and flexibility,” Avant-Smith says.

In addition to confirming the technical feasibility of large-scale completely modular and re-deployable plants, Nuwater has also taken the opportunity to prove that such plants present the opportunity for commercially viable shorter-term ‘own & operate’ models.

In late 2010 Anglo American awarded Nuwater a contract to treat up to 20 million litres per day (MLD) of mine wastewater at it New Vaal Colliery near Johannesburg.

Counter-intuitively the issue at the mine was that they had too much water on site, were unable to store this water, and therefore needed to get rid of the water back into the environment.

The nature of this wastewater, pumped from the coal pits, however made it unsuitable for either discharge into the adjacent river or reuse as industrial process water.

Suspended solids and dissolved salts in the wastewater therefore needed to be removed first.

“We were able to offer a complete service where the mine paid for the water treatment rather than investing in capital equipment and taking on the associated technology risk. while this ‘Build, own and operate’ model is not uncommon for conventional infrastructure with 15 or 20 year contracts allowing sufficient time to recover the upfront investment in the plant, this contract was for an initial period of two years only. This project was therefore only viable due to Nuwater’s unique large-scale modular and re-deployable plant design,” says Avant-Smith.

Nuwater commissioned the first treatment modules within 12 weeks of contract signing and then progressively added to capacity up to the current 20 MLD. This further demonstrated the flexibility of the plant as capacity could be added (or removed) without impacting the operation of the other existing modules. the high quality of the treated water was also such that it could be routed to the mine’s neighbouring Eskom komati power station for use as cooling water thereby completing the wastewater ‘reclamation and re-use’ cycle. Following successful completion of the initial two-year contract period the contract has now been “renewed for a further three years”.

“The success at Anglo American has resulted in strong demand for our solutions in mining sector,” Avant- Smith stresses.

Nuwater has also demonstrated the suitability of its completely modular and rapidly deployable plants for seawater applications such as the 1.5 MLD seawater desalination plant commissioned for the Knysna municipality in South Africa’s Eastern Cape Province. This plant is used to supplement potable water requirements during the peak summer holiday season when rainfall is low.

“Having demonstrated our technology, pioneering plant designs and exceptional execution capabilities in both conventional and unconventional wastewater reclamation and seawater desalination applications, we believe Nuwater is uniquely positioned to play a central role in both strategic and tactical projects, particularly in our target geographies and industry sectors,” says Avant-Smith.

“We are often faced with the question of whether our modular plants are temporary in nature. We see our plants simply as flexible, able to meet our customer’s immediate requirements and to adapt to their changing needs, be that adding or removing capacity. Nuwater plants are designed to have a useful life of at least 10 years, with final lifespan depending on the nature of the application and how demanding the operating conditions are.

“Our next generation modular ‘packaged’ plants will also have a more permanent feel to them, as the individual modules will combine into a single plant structure. While this will not reduce their flexibility it will address some of the perception issues we find in certain sectors that these types of plants are temporary in nature.”

Demand for safe and clean water is undoubtedly going to increasingly outstrip supply. This is no longer an issue specific to developing countries but is increasingly evident in more developed countries as reliable water supply challenges are exacerbated by unpredictable climatic conditions.

The recent financial crisis has also highlighted the constraints on central and local governments in developing the required infrastructure.

“Given the supply-side constraints it obviously makes sense for us all to conserve water,” agrees Avant- Smith. “An important aspect of water conservation is however an appreciation of the value of water. This is an area where we believe there is still a long way to go. In many countries water is heavily subsidised, creating a false impression that water is cheap. In addition the true costs of water contamination are not factored into the price we pay for our goods and services. Facing up to the true cost of water is therefore generally being deferred. The cracks however are starting to show and water distress will undoubtedly become more common over the coming years.

“At NuWater we are focused on positioning ourselves to help provide some immediate solutions to reclaim and re-use otherwise unusable water, including seawater. We see ourselves having a role to play in both tactical and strategic projects.”

2013 is proving to be another year of solid growth for NuWater and it has “a strong and growing pipeline of projects for the next 18 months”.

Together with local partners it has “growth plans in a number of Asian and African countries through 2014”.

“Our main sector focus will be on Mining and increasingly on Oil & Gas, particularly relating to the provision of injection water for Enhanced Oil Recovery and the treatment of produced water,” concludes Avant-Smith. “The Oil & Gas sector obviously has a number of things in common with the mining sector and we are therefore able to leverage our technology, expertise and experience in this sector. The industry is also growing rapidly across Africa and South East Asia and unconventional oil and gas projects often require specialist water and wastewater treatment. In some cases additional remediation work is also required.

“At the same time we are engaged in a number of projects to provide potable drinking water to towns and private residential developments in Africa using our modular packaged plants.”

NuWater has fantastic relationships with academic institutions and with industry bodies such as WISA in South Africa. The broader water industry has been slow to adopt new technologies and is generally very conservative. Therefore in order to be successful as a technology-led company in the sector, NuWater has recognised the need to be creative about how to take its products and services to market and continues to put in the hard work in convincing customers that its technologies will solve their problems.

The company has been very successful in positioning itself to address real and immediate water reclamation and desalination challenges, first in water constrained Singapore and more recently in the African mining sector where wastewater treatment is required to address operational and regulatory risks.