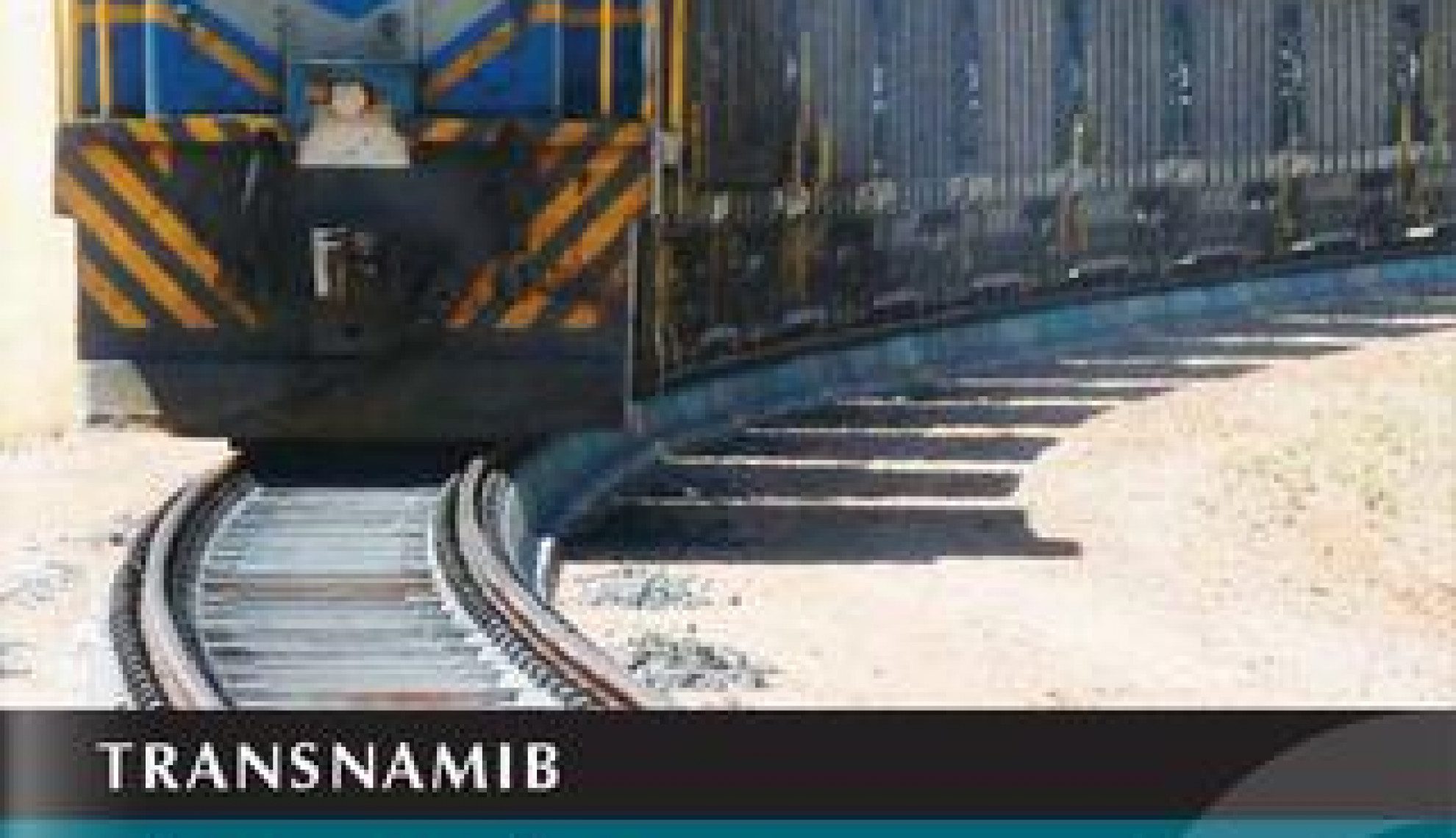 As the national surface carrier of Namibia, TransNamib Holdings Limited has been a vital part of the country’s transport industry since the independence of Namibia. Wholly owned by the government of Namibia, the Company provides a wide range of transportation services such as bulk freight, containerised services, TNX/OPX, special trains and passenger services. In conjunction with this, TransNamib also offer road connection services to transport goods to the railway.

“We are committed to being the leader in the provision of transport solutions across both rail and road through a passion for excellence, striving for integration within southern Africa trade,” explained TransNamib in its annual report.

Established in line with the National Transport Services Holding Company Act 28 of 1998, TransNamib’s railway lines stretch from the South African border to the Angolan border in the North; from the central part of the country to the coastal towns of Swakopmund, Walvis Bay and Luderitz; and Gobabis in the east to Grootfontein in central Namibia. With a fully fledged distribution network scattered across the country, the Company is well positioned to provide cost-effective rail and road transport service solutions to Namibia and beyond.

“This nationwide coverage provides intermodal transport to neighbouring countries via the Trans-Zambezi, Trans-Caprivi, Trans-Cunene and Trans-Kalahari highways. Even in tough economic times, TransNamib continues to remain unwavering in its pursuit of continuous improvement to deliver service excellence by streamlining its processes to become more cost-effective,” the Company said.

However, the African continent as a whole retains its position as one of the fastest growing economies in the world behind Asia, which bodes well for increasing trade and cargo volumes in the future as a result.

With a careful balance of reducing operational costs through reinvesting into the rail infrastructure and continually re-evaluating how it can provide value for the customer, TransNamib recognises how crucial its transport offering is for the growth of Namibia’s economy.

Adding to this, TransNamib is a significant employer in Namibia, known for contributing towards job creation and poverty alleviation. Currently, the Company has a staff compliment of 1,802 permanent employees.

“Notably, Africa is expected to be the fastest growing region after Asia. This will result in increased trade and cargo volumes. In line with this, we look to promote developmental initiatives to allow maximum freight task movement on various corridors and strategic locations in the SADC region, especially in supporting those landlocked countries and provision of linkages to harbours for neighbouring countries, including Botswana, Zambia and Zimbabwe.

“All of these factors illustrate Namibia’s potential to become a logistics hub for the continent by 2030,” the Company added.

Since Namibian independence in 1998, TransNamib has witnessed phenomenal growth, leveraging its experience and understanding of the local market to productively expand the country’s railway network to a length of 2,687 kilometres (km). As rail infrastructure advances, this number continues to increase and the rehabilitation of the 139 km Aus-Luderitz line, which opened at the end of 2014, is the latest example of TransNamib’s commitment to progressive expansion.

The Company’s rail system is advantageously linked with Transnet freight rail in South Africa; holders of 79 percent of container traffic in South Africa. “Our rail network stretches from the South African border to the Angolan border, and from the midline of the country to its coast and its harbours towns. Transnet helps us to stay reliably connected to the south-most markets, with cargo trains operating between South Africa and Namibia twice a week,” confirmed TransNamib.

Due to the growing demand for transit by rail, TransNamib is now working to address rail infrastructure that needs replacement. “It is imperative that we address this as soon as possible since several major shipping lines pass through to the Port of Walvis Bay.

“A strategic decision will be taken shortly regarding the type of rail system Namibia should put in place to promote the country as a logistics nation and make our rail transport competitive with road transport, thereby reducing pressure on, and the costs of, maintaining roads,” explained the Company.

In order for this to become a reality, extensive investment will be needed to boost the now-46 percent compliance with SADC recommendations concerning the 18.5 tonne axle load to 70 percent compliance by 2017 as part of the NDP4 (National Development Plan 4) goals in Namibia. “Logistics is one of four economic sectors that will enjoy priority status in NDP4, ensuring the country has a well-functioning, high quality transport infrastructure connected to major local and regional markets, as well as links to the Port of Walvis Bay,” continued the Company.

TransNamib’s safety initiatives are governed by the Rail Safety Authority who regulate train operations in Namibia through the promotion of a national strategy to mitigate the risk of incidents that include public injuries and fatalities as a consequence of railway operations. This is to ensure that the whole country is educated in the dangers surrounding the crossing of railway lines and other issues that may arise.

“The objectives of these campaigns demonstrate that taking risks at level crossings is dangerous and can be fatal if traffic rules and safety messages are not abided. TransNamib has observed with serious concern that significant train accidents continue to occur on our rail network especially at level crossings, which has highlighted specific issues that need our prompt attention,” emphasised the Company.

Conforming to international practices, TransNamib has erected rail traffic signs to help improve train driver safety by placing whistle boards approximately 150 metres before each level crossing.  This is designed to warn motorists as well as pedestrians that there is an oncoming train about to cross that particular level crossing. The Company reinforces: “The whistle is always blown 150 metres before the train approaches the level crossing, and it is compulsory for train drivers to warn of any obstruction on the railway to avoid collision. Given that the train cannot stop immediately if carrying a very large load, TransNamib ensure that train drivers are trained in safe operating procedures to prevent possible derailment and capsizing.”

Even as the market becomes saturated with competition from new freight and road logistics companies, TransNamib has stood the test of time and still retains significant market share. Combine this with the Company’s intimate knowledge of transportation and logistics in Namibia and it is clear that TransNamib continues to play a fundamental role in the economy, supplying transport for bulk commodities at rates which will promote industrial growth.

“Every year, new mines are opening and major manufacturing companies require more enhanced distribution and logistics channels, which we are able to assist with.”

Commenting on the long-term plans for TransNamib in the annual report, Festus Lameck, the Chairman of the Board of Directors, concluded: “The NDP4 goals present a short window of opportunity for us to gain a bigger market share. Extensive investment in all four modes of transport infrastructure will surely make Namibia attain the desired title as a logistical hub in southern Africa, and TransNamib will play a key role in this transformation.”