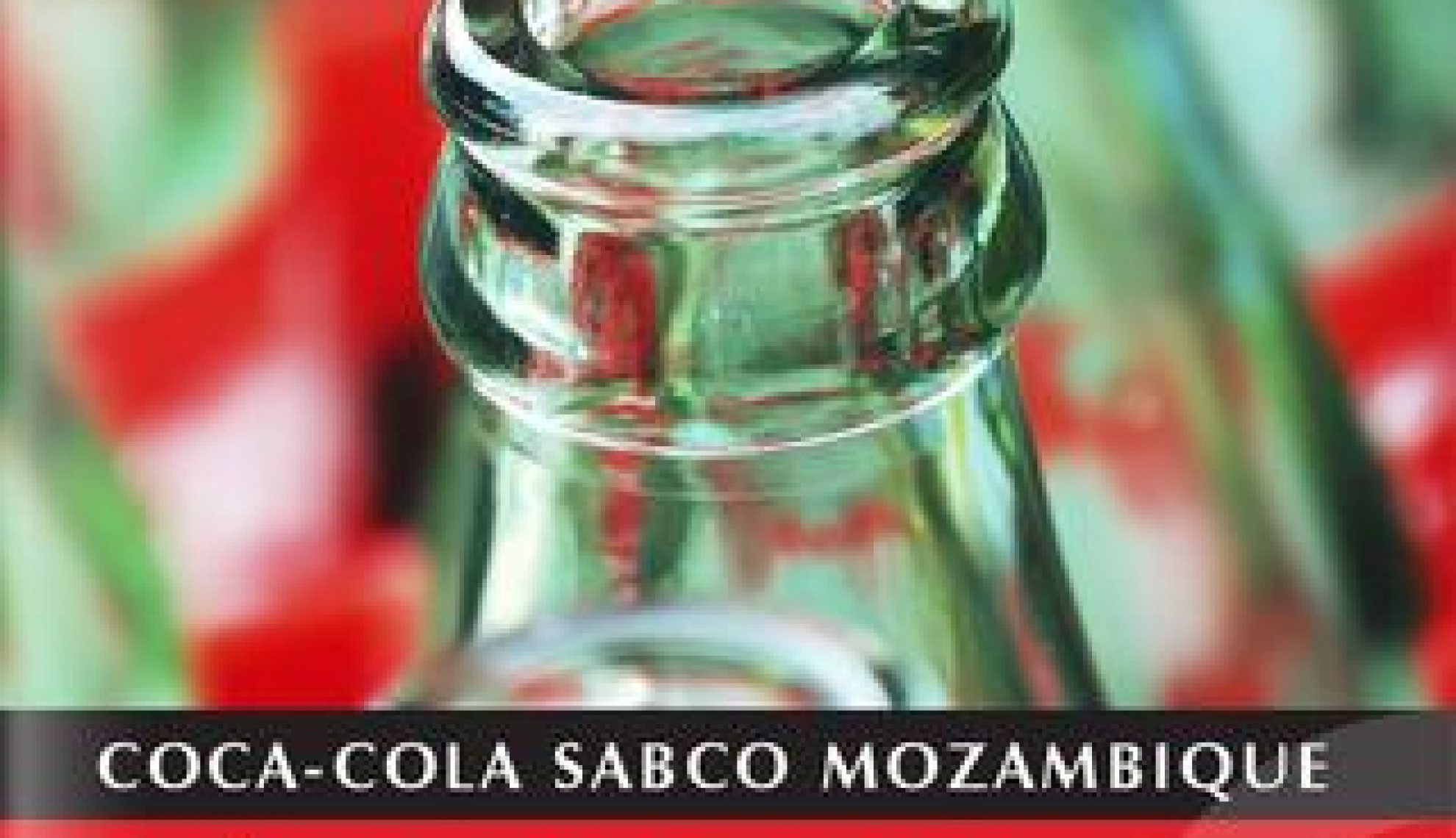 Gaining Momentum through a Strategic Acquisition

With a global beverage portfolio comprised of more than 20, one billion-dollar brands, The Coca-Cola Company is taking all the right steps to capture the enormous growth opportunities available in the non-alcoholic ready-to-drink beverage industry worldwide.

After the announcement of an agreement to combine its European businesses into a new company called Coca-Cola European Partners Plc in August, 2015 – becoming the world’s largest independent Coca-Cola bottler based on net revenues – the globally prominent bottling Company has been aggressively driving productivity and streamlining the business to accelerate growth across all its countries of operation.

In Africa, Coca-Cola Sabco has also benefitted from this Group-wide vision, with preparations well underway to combine its non-alcoholic ready-to-drink beverages and bottle operations with SABMiller Plc and Gutsche Family Investments (GFI, majority shareholders in Coca-Cola Sabco) in East and Southern Africa. The new bottler, Coca-Cola Beverages Africa, will serve 12 high-growth countries accounting for approximately 40 percent of all Coca-Cola beverage volumes in Africa.

“A combined Coca-Cola bottling operation is further evidence of our commitment to Africa, and our firm belief in the tremendous growth prospects that the continent offers,” the Chairman and CEO of The Coca-Cola Company, Muhtar Kent said in a statement at the time of the announcement. “As one of the top 10 largest Coca-Cola bottling partners worldwide, Coca-Cola Beverages Africa can leverage the scale, resources, capability and efficiency needed to accelerate Coca-Cola growth and contribute to the economic and social prosperity of African communities.”

With an estimated consumer base of 24 million people, Coca-Cola Sabco Mozambique has been increasing its production capabilities by stabilising its distribution network and investing in state-of-the-art equipment.

For the past few years, the Mozambican economy has been experiencing a prosperous GDP growth of between seven and eight percent; this is of course having a positive impact on businesses in the country, helping to provide much needed support to local infrastructures. Sabco, the South African-based flagship bottler for Coca-Cola’s African operations, has reaped the benefits and invested heavily in further developing its operations in Mozambique.

Coca-Cola Sabco’s three manufacturing plants are strategically placed throughout Mozambique; with Nampula serving the north, Chimoio serving central regions and Maputo the South. In relation to the changing nature of the beverage market in the country, Coca-Cola has a growing team of sales developers who undergo continuous on-the-job training in the field to push the brand forward.

As a globally-recognised brand, Coca-Cola represents quality around the world and the drink is seen as a premium brand on the African continent, particularly in Mozambique where the Coca-Cola Sabco Country Manager, Simon Everest, alluded to the vast possibilities up ahead to grow the brand. In a previous interview with Africa Outlook, he highlighted: “In general, Africa offers significant growth potential for non-alcoholic beverage manufacturing and this is down to a rise in disposable income. The advantage of buying a Coke is that wherever you are in the world, the ingredients and the label is the same. It is a truly global brand, and people like to be seen holding a drink that is recognised the world over.”

Africa represents a market with significant growth potential, with a fast-growing population underpinned by rising personal disposable income and increasing per capita consumption. With more than 30 bottling plants and 14,000 employees, Coca-Cola Beverages Africa is to become the largest Coca Cola bottler on the continent; equipped with the scale, complementary capabilities and resources to capture and accelerate top-line growth. As a result, the newly formed African bottler will be able to free up additional capital to further develop its best operating practices and invest in production, sales, distribution and marketing to benefit from growing demand and to drive profitability.

In a transaction to be completed in two phases, Coca-Cola Beverages Africa will bring together SABMiller’s South African soft drinks bottling businesses, Amalgamated Beverage Industries (ABI) and Appletiser, and its soft drink bottling businesses in eight other African countries, in a process that will see Phase I of the merger through the first six-nine months.

“Soft drinks are an important element of our growth strategy. This transaction increases our exposure to the total beverage market in Africa. The opportunity is significant, with favourable demographics and economic development pointing to excellent growth prospects,” said Alan Clark, SABMiller Chief Executive at the time of the announcement in late 2014. “This also signifies a strengthening of our strategic relationship with The Coca-Cola Company,” he added.

As part of the transaction, The Coca-Cola Company will also acquire SABMiller’s Appletiser brands on a worldwide basis, and acquire or hold licensed rights to a further 19 non-alcoholic ready-to-drink brands in Africa and in Latin America, for an approximate cash consideration of US$260 million. This will be achieved in phases during the transaction and includes the contribution of SABMiller’s Coca-Cola bottling franchise (ABI) and Appletiser bottling business in South Africa, together with its soft drinks businesses in Comoros and Mayotte, as well as its water businesses in Ethiopia, Kenya and Uganda.

SABMiller will retain ownership of its non-alcoholic malt beverages in Africa and Latin America and will retain its Coca-Cola franchises in El Salvador and Honduras.

On full completion of the proposed merger, shareholdings in Coca-Cola Beverages Africa will be SABMiller: 57%, Gutsche Family Investments 31.7% and The Coca-Cola Company 11.3%.

Moreover, GFI’s bottling interests in Coca-Cola Sabco, including its South African bottler, Coca Cola Fortune, and its bottling operations in six other African countries – namely Ethiopia, Kenya, Mozambique, Namibia, Tanzania and Uganda – are also included in the strategic deal to capitalise on the continent’s growing middle class and rising consumption per capita.

Phil Gutsche, Chairman of Gutsche Family Investments (GFI) and future Chairman of Coca-Cola Beverages Africa, further stated: “Our family sees this merger as an important and logical step to enable Coca-Cola Beverages Africa to optimise the opportunities for development in the rapidly-evolving Africa beverage market. We are very excited about the opportunity and are totally committed to ensuring that Coca-Cola Sabco’s distinctive culture is successfully integrated with that of our new partners in order to create an even more successful business in the future.”

During Phase II of the merger, which is expected to be completed 12-18 months after Phase I, SABMiller intends to include its Swaziland soft drinks business and those of its listed subsidiaries in Botswana and Zambia in the merger; subject to agreement in due course with those subsidiaries and the requisite regulatory and shareholder approvals.

With a shared vision, extensive experience of operating in African markets, and long-term commitment to the continent, Coca-Cola Beverages Africa will be strongly positioned to offer consumers greater choice, broader availability and better value. Meanwhile, the new bottler will continue the shareholders’ strong commitment to the economic and social development of the communities it serves, which includes providing access to clean water, supporting women’s economic empowerment and promoting wellbeing.

The new funding builds on an original RAIN commitment of US$30 million to bring safe water access to two million people across the African continent by the end of 2015 made at the fifth World Water Forum in Istanbul in 2009. Taking the total funding to US$75 million will help to improve the lives of more than a total of six million Africans through access to safe water, sanitation and hygiene (WASH) by 2020.

Today, with more than 140 partners, RAIN is a public-private partnership led by TCCAF whose programmes currently empower 2,000 communities through WASH programmes in 37 African countries. The expansion builds on the strong progress RAIN has made toward its goal of improving safe water access for two million people across Africa; a goal the programme is on track to achieve by the end of 2015.

“Through the RAIN programme expansion, TCCAF and its partners will work to improve safe water access for six million Africans; economically empower up to 250,000 women and youth; promote health and hygiene in thousands of communities, schools, and health centres; and return up to 18.5 billion litres of water to nature and communities,” commented the Company.

RAIN and its partners announced programmes that will protect watersheds, provide sustainable safe water access and create new opportunities for women and youth entrepreneurs in Africa by the end of 2020.

Dr Susan Mboya, President of The Coca-Cola Africa Foundation added: “Our commitment to the wellbeing of African communities is unwavering. Through the efforts of RAIN, we are reinforcing the incredible progress made to date with our many partners and are pledging to do even more. As we begin work in this era of new commitments, we must continue the progress made from the Millennium Development Goals to set these economies up for success.

“Through programmes and partnerships focused on safe water access, women’s economic empowerment, job creation and community wellbeing we are investing in the future progress and prosperity of the African people and economy.”