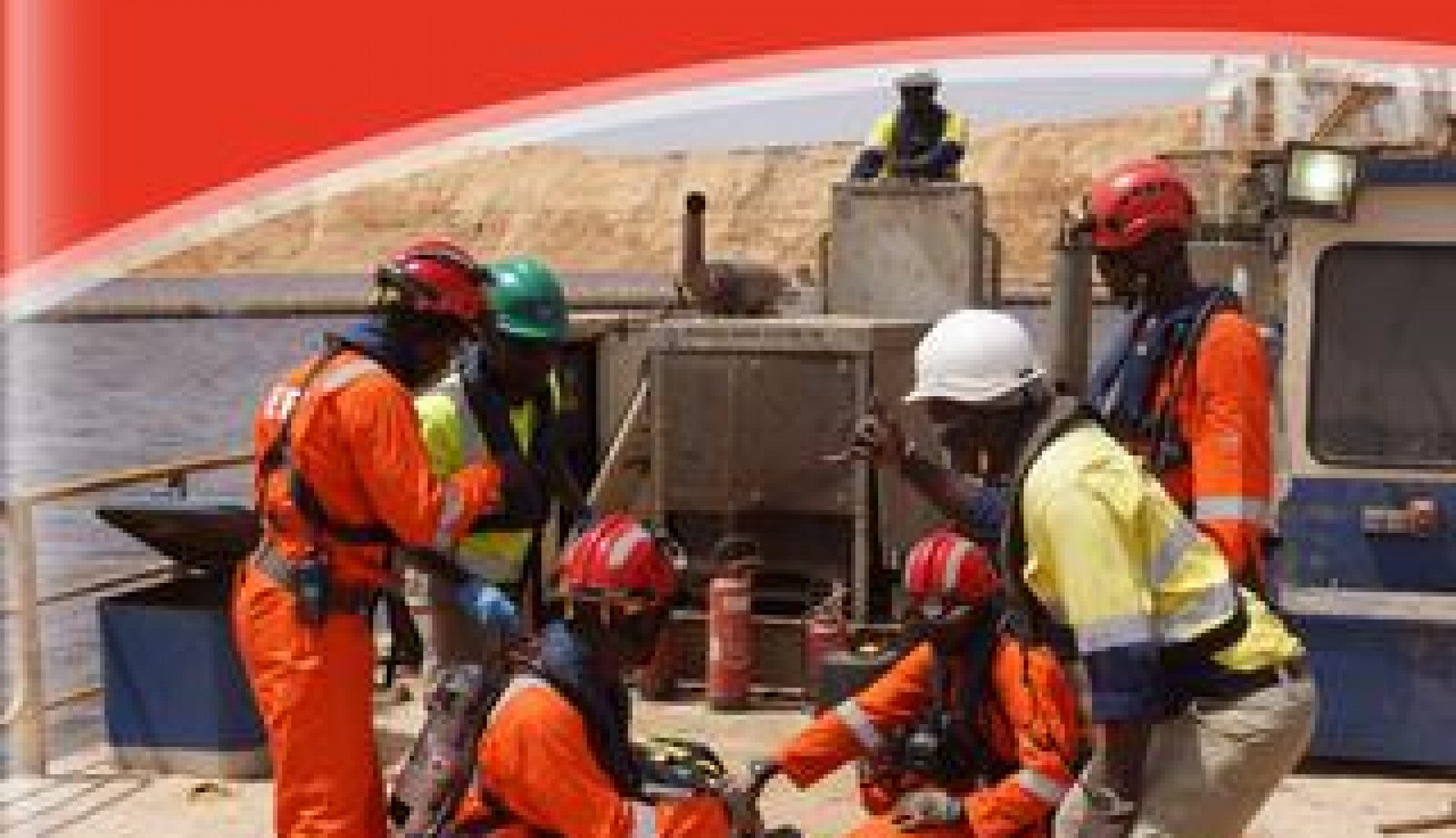 For the best part of three years, the Grande Côte Operation project in Senegal has veered ever-closer to a potential laid out more than 60 years previously.

In the hands of TiZir, a Mineral Deposits Limited and Eramet joint venture, the mine’s efficiencies, capacities and – ultimately – its prospective profitability have all been improved upon to affirm the site’s realistic ambitions of becoming one of the biggest mineral sand entities in the world.

Located 50 kilometres from Dakar, and stretching for more than 100 kilometres along Senegal’s west coast, the ongoing production of zircon, rutile, leucoxene and ilmenite continues to be supported strongly by the country’s governing bodies, and equally essential to the country’s overall economic growth vision.

In regards to TiZir’s influence on achieving this, however, you have to go back to the turn of the decade upon the inception of a mutually beneficial mining match that has proved every bit as successful as the parties hoped when joining forces.

“The initial deposit was started and evaluated a long time ago in the 1950s, but if you jump to the 2000s, an Australian Company, Mineral Deposits Ltd, jumped back into the venture to further complete all of the sampling and evaluations of the project again,” TiZir’s Chief Executive Officer (CEO), Jean-Michel Fourcade recalls. “With experience in mineral sands, the Grande Côte project in Senegal was very attractive and they came back to it again in 2010/2011.

“At the same time, you had Eramet – a French Company who had acquired a smelter in Norway and who were smelting ilmenite – looking for an upstream integrator for the smelter; ie, a mine.

“So you ended up with the perfect conjunction of two listed companies, with Mineral Deposits trying to find financial support to develop Grande Côte, and Eramet looking for a mine to fit its operational smelter. It was a match of time, strategy and market perspective.”

“Since the start of operations in April, 2014, we’ve been in the ramp-up mode,” Fourcade continues. “We have strongly improved the situation but not yet reached the total maximum of capacity.

“We are very near though and our aim is to move forward to be one of the biggest entities producing mineral sands in the world.”

When analysing the initial feasibility studies against the current production figures, it becomes all the more clear as to the influence that TiZir has had on the Operation, across its core ilmenite and zircon parameters.

“It’s important to note that since the beginning three years ago, we have constantly improved the situation and our consistency in production.” Fourcade says. “The major thing we’ve improved I would say is from a management perspective, being able to show our flexibility and capacity to mobilise adequate task forces to solve issues.”

Inevitably, issues do arise during any significant ramp-up phase, but the stability enjoyed at decision-making level, compounded by the financial clout and extensive expertise brought by both Mineral Deposits and Eramet, has ensured that each challenge has been overcome systematically.

“All issues have been concerning the mine itself, whether it’s the dredge, the concentrator, the separating plant or any of the phases that go towards sorting the minerals before they’re transported,” Fourcade explains. “That being said, the mineral separation facilities were already on target and we’ve improved yields and recoveries on this front.

“The majority of bottlenecks have more been at dredge and concentrator level, but we’ve been able to mobilise quickly on all these particular points; benefiting from very good support from our shareholders and each entity’s technical competencies to solve our issues.”

Capital expenditures compounding these improvements across all areas of the mine have predominantly targeted fine tuning each year, complementing the initial outlay of US$650 million upon the initiation of TiZir’s involvement in 2014.

“Once you spend this amount on a brand new plant, you can imagine that you are not going to spend a huge amount of money afterwards,” Fourcade says, “but we have still invested a few million into fine tuning a few things.

“The majority of these investment projects have addressed the downstream area and improved yields and recoveries across zircon and ilmenite. The same plan will also be applied moving forward, including looking at a new upstream classifier for example, but not a lot of things are needed at this point.”

One facet that does continue to be needed is a steady flow of skilled workers being brought into the Operation, and a human resource strategy capable of facilitating this need in a sustainable and – when possible – localised fashion.

At first, much of this was accounted for via a healthy and skilled ratio of expatriates; however, this portion has been reduced over the years to now just include 60 workers from outside Senegal, as the Company’s indigenous influence benefits from better skill-sets and heightened experience.

Fourcade adds: “We benefit from an existing situation in Senegal where the average level of competence is high among all categories of personnel; be that at the highest level or at technician level or even at operator level. What is necessary to have in mind though, is that while education is something, experience and skills can only happen after years of working in the same place; and there was no culture of this in the Senegalese mineral sands sector before, like there is now.

“There are people here now who have worked with us for a number of years and the experience is slowly catching up to the very good level of education that is already present in Senegal.”

Such an ethos fits within Grande Côte Operation’s all-encompassing commitment to the country as a whole, bridging its stakeholders, the Government and local communities to share in the profitability of the mine throughout its cycle.

Encapsulated within Senegal’s Emerging Plan and aimed at improving the country’s economic growth, Grande Côte Operation works closely with local communities and administrations on a social plan which involves dedicating a certain amount of investment towards peripheral rehabilitation and upliftment each year.

“We don’t choose the project that this money goes towards either,” Fourcade emphasises. “We ask them to prioritise and select it among the communities, commissions, the administration and Grande Côte.

“As a result, the Company has a very good image in the industry, which isn’t always the case around the world with mining companies. We try to be on the right side, to do our maximum, and so far we have got good feedback. What we do in Senegal, is really world-class.”

Applying best standards and improving every single day are two givens that Grande Côte Operation will continue to adhere to over the coming years as it edges closer towards its final capacity goals. And of course, like any business, the better the structure and processes, and the quicker optimal production is reached, the better the mine will be and the more profitable Grande Côte Operation will become.

“We were not very fortunate to begin with, in that we started when mining conditions were at a low, but we never complained and – if anything – it gave us more motivation and more of an inventive to improve,” Fourcade concludes. “This can be seen through the fact that we have now more than 3.2 million hours without lost time injury – that’s more than 13 months – and through our strategy to revitalise and rehabilitate each area of the site after it’s been used. That’s 90 hectares so far that have been rehabilitated now, rather than waiting until the end of the mine-cycle.

“It is these areas that we will now look to maintain to ensure that we are continuously increasing profitability and ensuring that Grande Côte Operation contributes to the development of TiZir.”