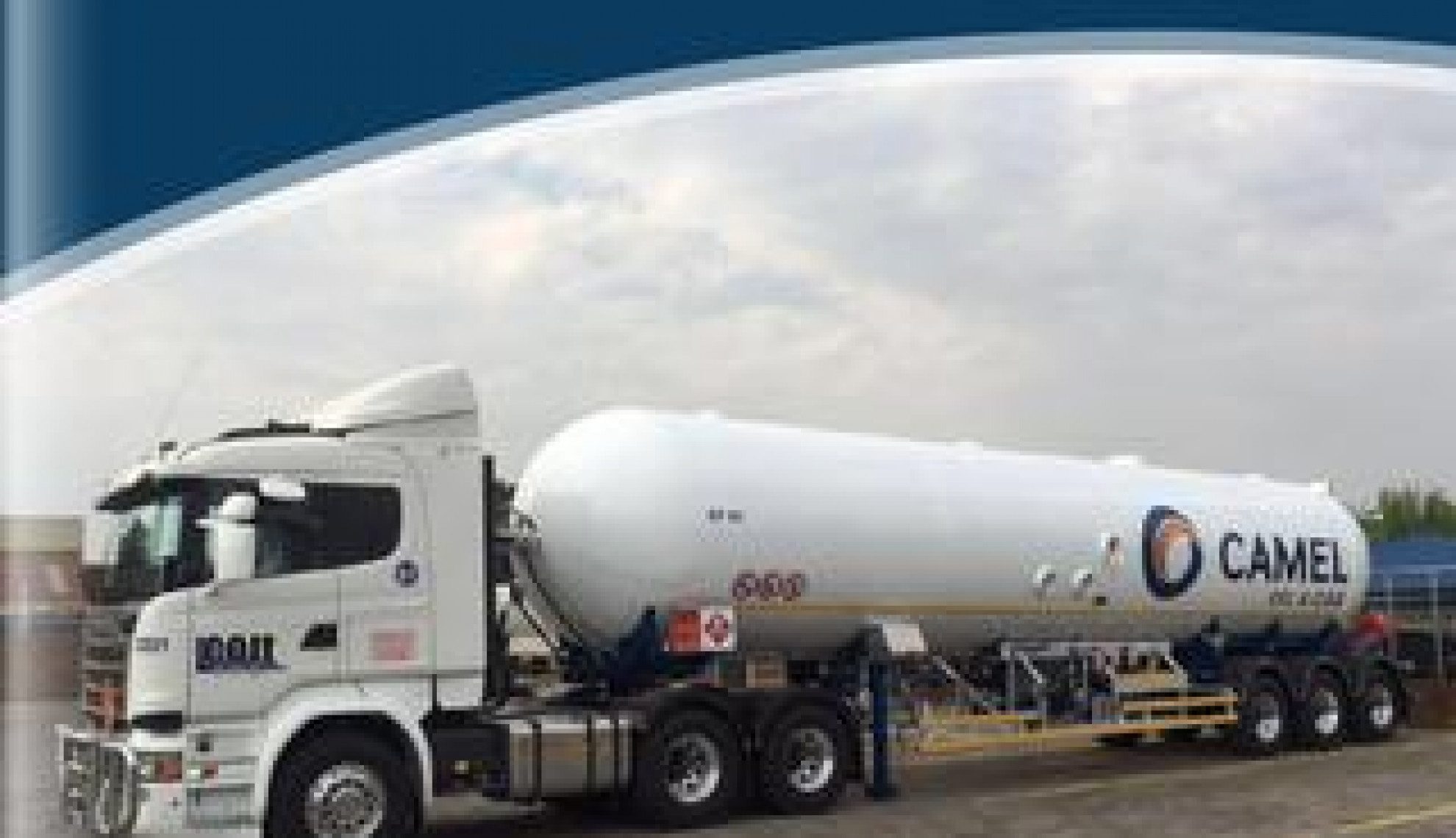 Camel Fuels is leading the Southern African charge towards LPG (liquefied petroleum gas) optimisation by honing in on a model that has proved increasingly effective on the continent since the Company’s inception in 2009.

With a clear vision to improve the availability and affordability of liquid gas in the SADC region, the business’s mandate has laid the foundations for concerted organic growth over the past six years, with the past two in particular setting the tone for future realisation of this ambition.

“While traditionally being heavily involved in the liquid fuel side of things, the past two years has seen us start to focus more heavily on the gas side of the business,” affirms Camel Fuels’ Director, Matthew Costello. “This culminated at the end of last year with the conclusion of a deal with regional storage company, Bidvest Tank Terminals in Richards Bay, South Africa which allows us to directly import LPG in bulk ships.

“This is the first time an independent LPG wholesaler – i.e. one with no downstream interests – in South Arica has been able to do that and is a significant milestone considering the structure of the market we are in.”

Installing storage points has been a key pillar of Camel Fuels’ growth strategy across the board over the years, subsequently ensuring secure points of presence to aid effective and efficient export to as many as 10 countries; but with LPG a key focus moving forward, this latest deal gives as clear an indication as ever of the Company’s goals.

“These negotiations were carried out in 2015 and concluded late last year before we began importing in May this year,” Costello continues. “It is especially significant in allowing us to not only import for independent consumers, but to also import and store with export into the SADC in mind.

“It’s also indicative of the entrepreneurial spirit that is required and that exists within Camel Fuels. Beginning with our majority shareholder and Chairman, Bongani Raziya, we have enough experience to take the leap of faith, put our money where our mouth is, and commit to the storage space and supplier contracts needed to bring the business in.”

Complementing the groundbreaking deal is the recent – and not coincidental – commissioning of the Company’s first fleet of 27 tonne bulk carrying tankers, aimed at increasing payloads over long distances.

Achieving quicker delivery and more efficient logistics as a consequence, this once again addresses Camel Fuels’ primary ethos of “getting the product where it needs to be, securely, and most cost-effectively”, Costello emphasises.

Optimising a structure in these key areas not only gears companies like Camel Fuels up for various industry slowdowns and fluctuations but also gives the business enough flexibility and scope to react quickly when said fluctuations veer favourably.

Costello explains: “The LPG industry in South Africa is on a complete watershed at the moment. We believe that the traditional stranglehold that large players had on the market will change and we believe the market will grow due to access to more product, as well as financial pressure caused by things like the rising cost of electricity across the entire region.

“We believe that the LPG industry in Southern Africa will grow considerably over the next five years and it’s going to grow with imports as the current refining capacity of the region is already at its maximum.”

Compounding the Company’s adherence to consumer demand and forward-thinking in terms of industry trends is a longstanding array of strategic partnerships forged and maintained during both good and bad times; once again enabling the business to review performance on a annual basis and to “squeeze efficiencies out of each process link in the value chain”, Costello states.

Paramount above all facets, however, is Camel Fuels’ employees, who Costello describes as the cornerstone of the business.

“It’s all about the people,” he says. “Assets are nothing if they’re not managed properly and the processes are not constantly updated. There are huge amounts of training that we focus on each year and human capital is paramount because we’re in a world where you’re only as good as your people are, and we make sure ours are world-class.”

Quality of personnel ensures market leadership, but localisation of such a strategy ensures integrity far beyond the final year’s balance sheets, and Camel Fuels’ pride as a South and Southern African entity is compounded by the codes of good practice adhered to within its HR policy; and indeed, the Company’s status as one of the few – if not the only – independent black-owned importers and wholesalers of LPG in the country.

“We’re proud of this and work very hard to live up to our mandate,” Costello adds. “We also give back very heavily via our corporate social responsibility schemes, where we currently sponsor two orphanages and schooling for a number of children with learning difficulties from disadvantaged communities.

“We are committed to giving back and trying to make people’s futures brighter in the communities that need them the most.”

The same principle applies in its LPG strategy as well, with the source of energy largely attributed as being ideal for the SADC region in countering challenges such as long distance distribution and increasing electricity costs.

Costello concludes: “It’s affordable, it’s accessible and we’re focusing on making sure we put the structures in place to be able to move the greatest amount of gas at the lowest possible cost to drive down the overall cost for consumers across Southern Africa.

“Through reduced costs, we will increase overall regional consumption and access figures and we’re confident of seeing a 50 percent growth, year-on-year in terms of our import volumes to meet this demand. We believe that’s attainable and can be done for the next three years.

“Through economies of scale, we believe we can drive the per kilogram price of gas to the lowest its ever been and we look forward to seeing what impact that will have. We know we’ll be able to put gas into people’s homes as cheaply as it’s ever been.”