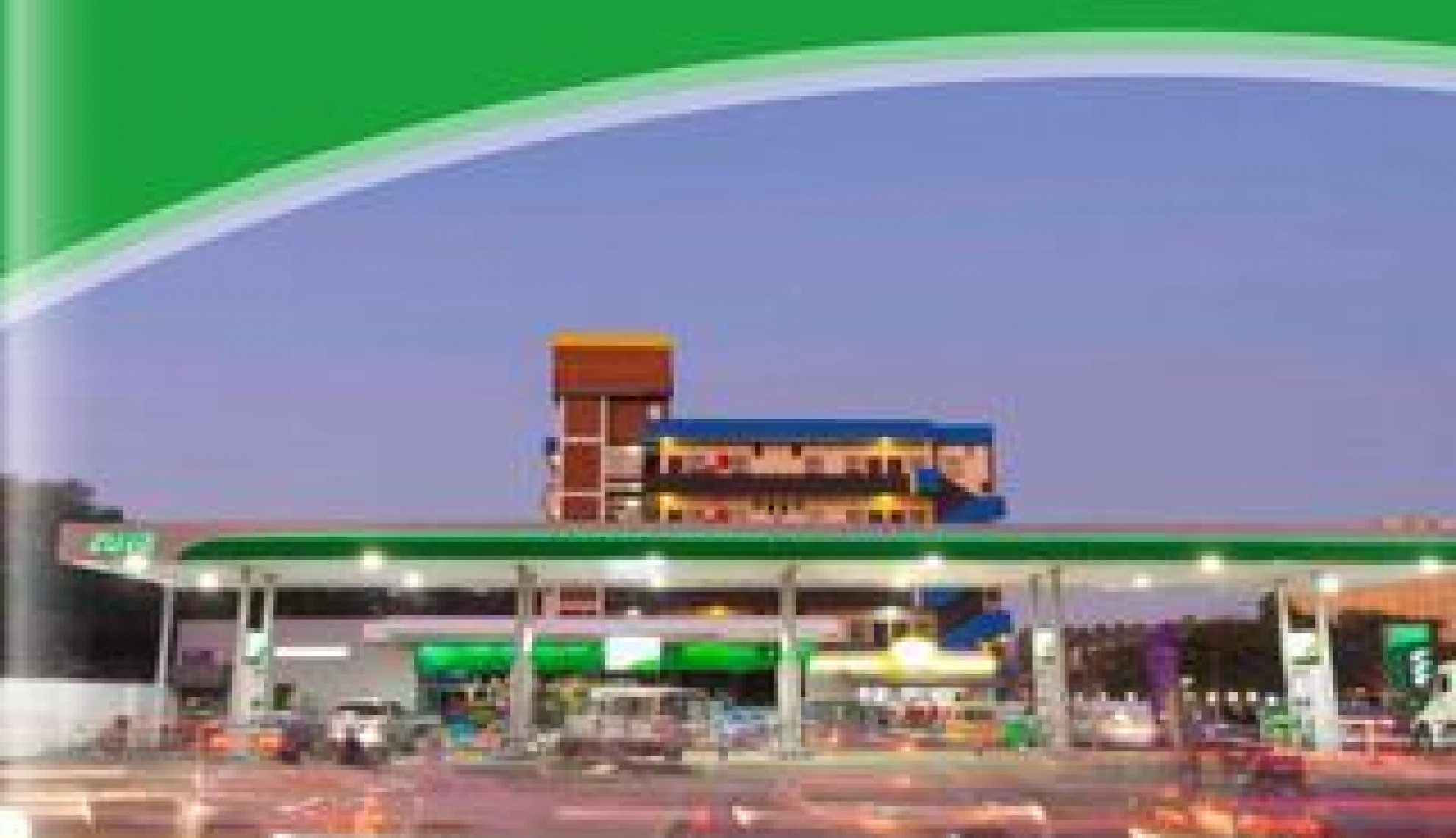 More than 80 years of tradition and lineage has transcended into a more recent six years of industry dominance in Zimbabwe, as Zuva Petroleum looks to capitalise on its position as one of the continent’s leading integrated energy companies.

Incorporated initially in 1969 under the trading name, BP & Shell, the rich petroleum heritage that comes attached with names of such repute has set the tone for the evolution that has occurred in the decades following, and following a rebranding in 20151 – as a result of both brands leaving the Zimbabwean market – an era for Zuva was ushered in to boost the introduction of local participation in the petroleum industry.

“So what has changed?  Nothing and yet everything,” opens the Company’s Chief Operating Officer (COO), Zwelithini Mlotshwa. “Nothing because the same asset and human capital that were a driving force to the BP & Shell brands are still at the Company’s disposal through its senior staff members and retail dealer network. And yet everything, as local participation in the industry has brought more focus to the contribution of the petroleum sector to the Zimbabwean market.”

Now 51 percent owned by local stakeholders and 49 percent owned by a leading international commodity trading enterprise, the expansion and diversification that has taken place since 2011 has been extensive to the point where its three business units comprise the widest range of petroleum products in the country; ensuring a portfolio that can cater for all specific needs in a developing market.

“Our range includes unleaded petrol, diesel, Diesel 50, paraffin, avgas, jet A1, lubricants, HFO (heavy fuel oil) and LPG (liquefied petroleum gas),” Mlotshwa adds. “Zuva has the widest coverage of all petroleum companies in the country. We are represented in every major town and city across all our product lines and we have 10 main fuel terminals, eight LPG terminals, 35 LPG retail installations, seven aviation airfields, 72 owned service stations, and the biggest lubricants blending plant in Zimbabwe.”

Boasting such saturation comes with its challenges of course, but with infrastructural progression a key element of Zuva’s continuous improvement strategy, the scene is now set for the Company to not only refine its domestic offering further, but to also replicate its success on a broader international scale.

“Zuva’s main focus in the next three years is  to enter the African region  and is currently working on various entry strategies with key partners in the region,” Mlotshwa affirms.

The belief that Zuva can replicate its model outside of Zimbabwe derives from a flexibility and customisability that exists within the business, setting it apart from the majority of competitors.

The three business units within the Company ensure that industry trends can be negotiated and that sector slowdowns can be overcome with other strands of the organisation stepping in to take some of the slack.

First and foremost across the Zuva offering is its retail subsidiary which accounts for almost two-thirds of the Company’s volumes and profits.

Mlotshwa explains: “Zuva operates in excess of 100 service stations in the country, owning 72 of them and leasing the balance through independent retailers.

On a business-to-business (B2B) level, the commercial sector accounts for a further 30 percent of the Group, again making Zuva the leading provider of petroleum products to a growing number of industries.

At present, mining, agriculture, telecoms, transport and energy domains all benefit from the industrial expertise that Zuva brings to Zimbabwe, and the Company has subsequently repaid that faith via vast investments into enhanced sector support; introducing innovative fuel and lubricating storage and dispensing equipment to improve the offering further.

The last, but by no means least, addition to the remit hones in on the aviation industry, catering for the final five percent of Zuva’s unparalleled portfolio.

“All of the above business units are supported by an integrated distribution system that includes 10 main fuel terminals, the largest LPG terminal in the country, and a delivery fleet of more than 30 delivery vehicles delivering aviation, LPG and main fuels (unleaded petrol and diesel).”

Naturally, as one of the country’s largest organisations, Zuva’s national footprint is extensive, and as the saturation continues to grow and its service stations continue to expand, so too do the Company’s marketing campaigns and associated projects; epitomised by its franchising programme.

“The franchising initiative is part of our commitment to develop indigenous entrepreneurs by offering them an opportunity to manage and run service stations in the mainstream of economic activity,” the Company emphasises.

In just the past two years, the transformation that has been seen within the business from the remnants of BP & Shell’s influence has comprised as much as US$20 million being injected into key structural areas of the organisation.

From a rebranding perspective, this has involved an entire overhaul of its terminals, delivery trucks and service stations into the new-look, green Zuva identity that is so synonymous within the country today.

“The project involved transforming not only fixed assets but also mindsets of staff and forecourt attendants,” Mlotshwa notes. “We also had to change the ERP we had used for more than 15 years as it was no longer adequate to meet the growing needs of both the Company and the clientele it serves.”

The next phase witnessed a change within its fleet structure, veering away from an outsourcing methodology to ensure more engaged communication throughout the business via an in-house strategy that has led to numerous benefits across aesthetic, cost and customer service indicators.

“Zuva has also invested in LPG installations at strategic sites around the country to meet the growing demand for LPG,” the COO continues. “This investment has seen volumes of LPG grow from 24 tonnes in 2014 to 1,500 tonnes in 2015.

“Finally, and most recently, 2016 saw the launch of our new convenience offering, Presto, with two sites having been completed. Zuva plans to rebrand 10 extra sites by the end of the year and offer a one-stop shopping experience.

As well as the rapid improvements witnessed by an expectant customer base externally, the extent of internal enhancements being made behind the scenes at Zuva over the past five years have been equally comprehensive, putting in place a host of new and upgraded processes and systems to facilitate the Company’s plans for future growth.

From a technological perspective, the introduction of the Zuva card is indicative of the kinds of interactive, communicative and smart processes that Zuva is looking to instil within its offering; compounded by the aforementioned ERP revamp which has allowed for instantaneous monitoring of the KPIs that drive the business.

New state-of-the-art pumping equipment has also been introduced to all of Zuva’s sites as part of its capital expenditure blueprint; ensuring not only the ongoing evolution of a business in demand, but the ability to cope with some of the most pressing industry demands affecting the region at present.

“The major trends being monitored by Zuva to stay ahead in the petroleum industry include oil prices, the exchange rate and regulatory frameworks,” Mlotswha states. “With the former, procurement at the correct prices translates to competitive prices  in the market, which translates to volumes and market share.

“Meanwhile, the exchange rate has become important in a multi-currency regime and our finance team ensures that we are not affected by exchange losses.

“Finally, regulatory frameworks have been changing greatly over the past two years and Zuva has been fortunate to be endowed with a lot of skills in the petroleum sector, allowing us to stay ahead of any regulatory introductions. Zuva has consistently gone beyond compliance.”

A more continual trend being addressed is in the area of sustainability, recognising that “people, planet and profit together form the foundation of Zuva’s long-term growth and success drivers”, as its website emphasises. “This implies that, as a Company, we find the right balance between environmental prudence, financial growth and social investment in all the decisions and activities we undertake.”

Driving every new unveiling, every rebranding, every upgrade and every Zuva philosophy is a team of employees whose commitment to perform to the highest standards has been rewarded by a Company who gives each individual the responsibility and trust to bring their own ideas and innovations to the fore.

To do this, Zuva’s training and progression ethos is of paramount importance, while also addressing areas of corporate social responsibility and  by giving priority to local skills where possible.

Mlotshwa says: “A number of in-house programmes and contracted services are developed to improve the skills of our staff. We make use of advanced performance management tools in identifying any training needs.”

This culture of internal efficiency continues within the business’ formulation of business partnerships and its supply chain management structure – despite the lack of local resources on this front – as the COO continues: “Cost and quality have become fundamental aspects of the supply chain, especially in a business environment with declining volumes and margins.

“The bulk of our product is sourced internationally as Zimbabwe is not an oil-producing nation and Zuva’s focus is on downstream procurement and then interfacing with the supplier at a local level. Operational efficiencies are easy to determine and manage as they are controlled in-house.”

Combine all of these facets, and Zuva has an organisation which, only after six years, has a structure conducive to achieving its main vision of being an energy brand of choice in Zimbabwe, and a mission of serving customers with excellence and innovation.

And it is this latter notion which the Company hopes to optimise further in the years to come, in order to enjoy the same rapid growth outside of Zimbabwe too.

“Innovation has been the major differentiator at Zuva, scoring a number of firsts in the industry,” Mlotshwa concludes. “The introduction of the Zuva card with two wallets and the fleet management system has set Zuva apart from all other players. This was coupled with being one of the first companies to introduce Diesel 50 in the market.

“Our retail LPG installations are a first of their kind in the market and have made Zuva the leader in the LPG industry. Our Presto offering incorporating Wi-Fi hot spots, CCTV, delicatessens, and a grocery offering also makes our convenience offer a cut above the rest.

“Our main focus in the next three-five years is regional representation. We have made our mark in Zimbabwe and aim to replicate our leadership position in other regional markets.”