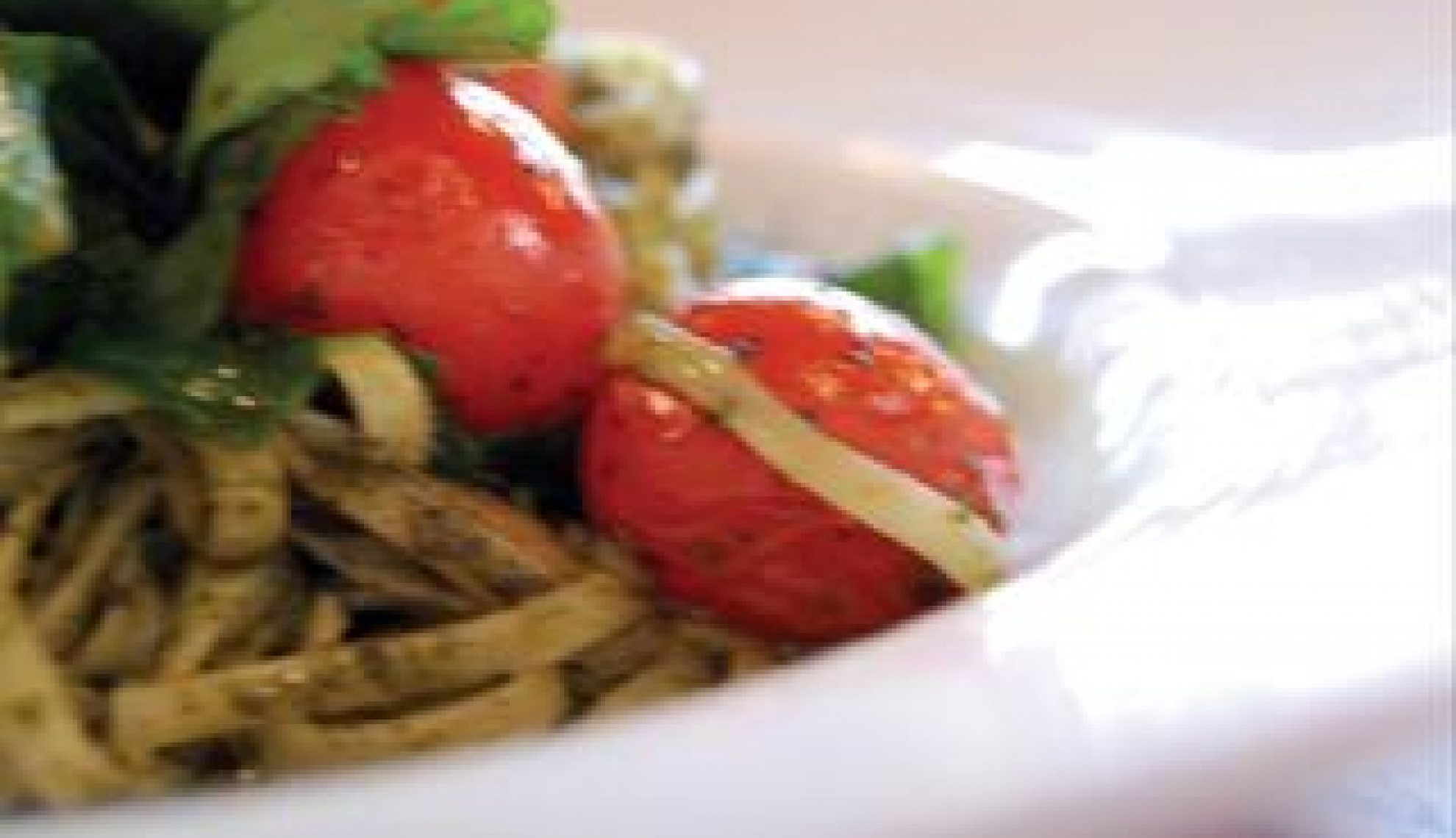 A pizza of the action

Piza e Vino is the brainchild of Paul Christie and Miki Milovanvic, the clever folks behind the much-loved Doppio Zero franchise. Plans are afoot that will see both brands flourish.

It’s like mini Italy here, says one review. The ingredients are fresh, flavour combinations are well thought out and the overall vibe is hip and happening, says another. These are Tripadvisor reviews and they’re about Piza e Vino, the brainchild of the clever boys behind Doppio Zero.

It isn’t “just another pizzeria” and what started as a bakery café in Greenside in Gauteng 12 years ago is now two sought after restaurant franchises with their sights set on expanding throughout the country and beyond.

Doppio Zero owner, Paul Christie, moved to Johannesburg in 1992 after studying in Cape Town. He opened a number of convenience stores and small restaurants, but it was in 2002 that he and his business partner, Miki Milovanovic secured the first site.

At the time, it didn’t have restaurant zoning and Milovanovic had a baking background, two factors that combined to create a great business opportunity.

“They started Doppio Zero and then seven years later Piza e Vino evolved,” says Griffiths. “I became involved about six months after the brand launched its first site in 2009. I am the operations director of the Piza e Vino brand and Paul and Miki have brought in a gentleman called Ivan Walsh who is the operations director for Doppio. Doppio Zero currently sits with eight stores. A ninth is about to open in November. Piza e Vino currently sits with six stores with a seventh opening in October. Most of our stores are in Gauteng although Doppio does have a store in Cape Town and they are just about to launch – the latter part of this year/early next – their first restaurant outside South Africa where they are opening a store in Egypt which is great news. Doppio is a slightly more complex restaurant than the norm in that they have a bakery in each of the restaurants plus they have a retail section where they sell cakes, gelatos, pastries both sweet and savoury as well as having a full-on restaurant where they sell breakfast lunch and dinner. Piza e Vino is very much aimed around pizzas, as the name suggest; we try to create something that is about pizza and wine. I think we are an upmarket, modern outlet, aiming at all age groups but the majority of our clientele are young and trendy.”

Piza e Vino is all about energy and commitment with a passion for Italian food and people and it is developing its franchise model to aid expansion.

Currently most outlets are joint ventures or owned by Christie and Milovanovic and a lot of time and effort has gone into building the infrastructure needed to run a much larger operation, developing an operations manual, recipe books and more.

For Griffiths, the starting point in any franchise is finding good people that can be taught the systems – they need experience in running restaurants but the most important attribute is to have a good manner in dealing with customers.

“We are in expansion,” he says. “We want to grow both Doppio and Piza e Vino over the next five years and we are looking now for Piza e Vino to go out of Gauteng for the first time. We are looking at Durban, Bloemfontein, Cape Town and possibly going out to other countries ourselves, next year possibly the year after.

“Expansion is a big part of the future and our plans. How will we do it? We have two different plans really: You have Doppio Zero where obviously they have eight, almost nine stores, and with that they’ll have a selection of company stores, joint venture stores and franchises. The majority of Doppio Zeros are franchises. Piza e Vino is currently out of the seven stores, if we include the one we are about to open, we will have six stores that are either company owned or joint venture and one that is a franchise. As we grow it is very much more going to become a franchise model. That represents its own challenges. The big thing with franchising is that it is all about people; it is not just about the fact they have money. It is about are they going to be the right operator for the store and are they going to adhere to our operational manual, standards and quality going forward? So it is very much about the person. Obviously they have to have a certain amount of money to buy a franchise, but the most important thing is actually the person themselves. And we favour owner-managers as they should have a vested interest in the business.”

And the brand is essential to protect. Fortunately it has a strong one. “With Piza e Vino I think our difference is that we are unique in our decor; i think we are a little bit unique in the offer we give with our pizzas, i.e., the toppings. We try to be as authentic as we possibly can be in regards to what we are trying to create, although we have to put a South African twist on it, obviously; and we do a very good wine selection,” says Griffiths. “I think our biggest point of difference is the fact that we are what we say we are. There are so many South African restaurants that try and be everything to everybody. What we do is stick to our pizzas. Our menu changes twice a year but the volume of our menu doesn’t change. If you have ever been to South Africa you will understand what i mean when you go into a restaurant and you can have anything from breakfast to lunch to sushi to fish to chicken. We have a menu that has 36 pizzas, eight pastas, eight salads, one steak and one chicken dish. That is our menu. I am a big believer in being great at one thing and not trying to be good at everything.”

Piza e Vino is known for using classic Italian ingredients in “weird ways” and is obsessed with quality and customer service.

“Finding the quality ingredients isn’t really a challenge as there are a lot of companies here that do quite a lot of importing so it isn’t too difficult to get the products we want. For authenticity, we have just had an Italian chef called Matteo come over to do pizza and pasta training in our stores, both Doppio zero and Piza e Vino, working with our head chefs, group chefs and our central kitchen to try and take us to another level. I believe he did. Of course the implementation of that training is a continual thing – both groups have group chefs who work within the stores, constantly training. Training is a big part of both our brands. We try and make sure the service levels and the quality of food is consistent across all of our stores.”

The brands have very strong supply chains and have worked with many suppliers like Express Meat Market and Napking for “a long time”. Its expansion represents opportunities for them too.

“Our expansion does represent opportunities for our suppliers,” says Griffiths. “We have good relationships with our suppliers and as we grow, they grow. Sometimes we have to mix things up due to things like pricing or maybe they’ve lost track a bit as we’ve grown. Also some suppliers prefer to stay small and don’t want to grow. We are becoming a more of a corporate group now as we grow and roll out more stores.”

The time is right to expand, he says. “I think we are now in a market place where there are more restaurants than there ever have been. There is a real appetite. I think the public are more discerning now. Because there is more choice, you have to be better than your competitors otherwise your customers will go to them. I think we are in quite a hard market in the pizza and pasta industry because it is probably one of the most popular styles of dining out; obviously there are a million and one pizza and pasta restaurants all over the world and South Africa is no different. I think what we have to do is make sure that we do it better, we become even more consistent in every store and to try and be the name on people’s lips when the talk about going and eating pizza or pasta.”

One challenge is finding staff. In South Africa, the food service industry is seen “as a stepping stone” while standards of education are poor. It means finding people is hard and finding people with the right skills even harder.

“I think the industry is the same wherever you go in the world but the biggest difference in this country is the people. I mean that with regards to the people you employ,” says Griffiths. “A lot of the people are uneducated, untrained and you have to go back to basics and insure you pick the right people. Experience isn’t necessary but it is vital to pick out the right talent. Also I think the one big difference in this country compared to other markets is that it is very much seen as a bit of a stepping stone to something else. What we are trying to create as a brand is giving people the ability to grow. I’m talking about local people; we want to make them realise it isn’t a stepping stone. It is a career.”

The passion in Griffiths’ voice is almost palatable.

It is a passion shared by founders Miki and Paul.

These are brands on the up.