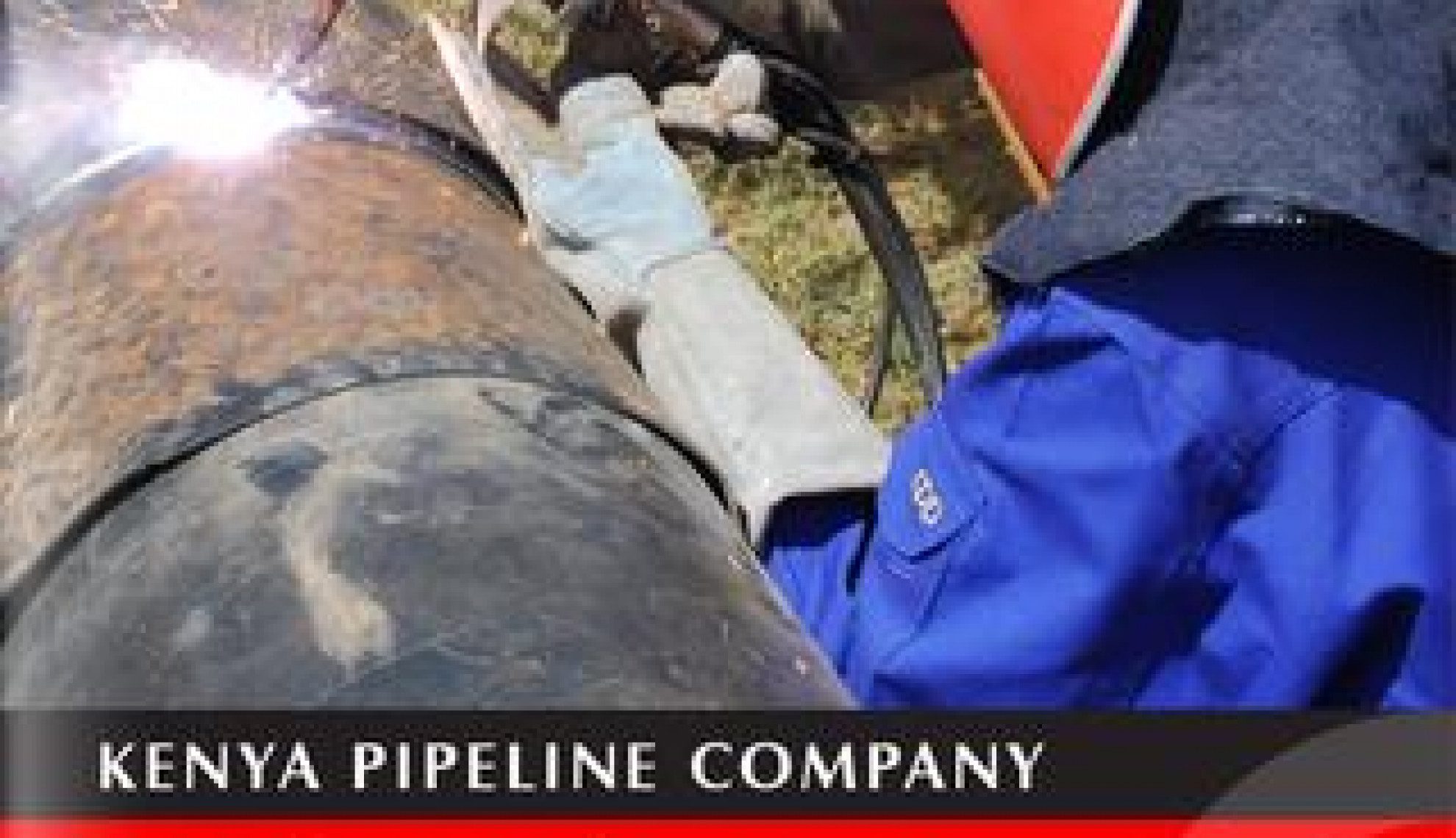 International Expansion in the Pipeline

Kenya Pipeline Company (KPC) has set lofty ambitions for its future prominence in both the country and wider region, as a rebranding and fresh vision sets its stall to become one of the first state-owned Kenyan organisation to operate on an international scale.

Formed by the Government of Kenya in 1973, the 100 percent state-owned corporation has a rare double-faceted organisational structure in that it also funds itself, making it one of the most pivotal business arms in the country’s energy sector.

Subsequently, KPC has been involved in all major oil & gas pipeline constructions since 1978, upon the completion of the still-significant Mombasa-Nairobi pipeline, linking the country’s two biggest cities.

For the duration of this tenure, and throughout all projects completed since that opening gambit, the mandate has simply comprised two facets; to transport petroleum products and to offer operational storage of products, both internal and imported.

While the success in adhering to these mandates is undoubted, this isn’t to say that KPC is the finished article, however, and the Company has now put stringent policies and ambitions in place, in order to not only produce more innovative and larger-scale pipelines, but to do so across a broadened geographic footprint, using more efficient techniques and systems, and with a stronger commitment to the wider population at large engrained into its philosophy.

Significant upgrades to nationally significant pipelines, a complete rebranding under the banner ‘Vision 2025’ and a more concerted focus on corporate social responsibility (CSR) initiatives all fall under this vision for the future KPC, but to understand the potential of these improvements fully, it is just as important to glance back at the role the Company has played in Kenya over its former 40-plus years.

The aforementioned 450 kilometre pipeline from Mombasa to Nairobi kick-started the evolution, and has been subsequently complemented by a host of domestically necessary and enriching constructs.

Corporate Communications Manager, Jason Nyantino recalls: “The second key project was a pipeline from Nairobi to the western town of Eldoret, a distance of more than 300 kilometres. This occurred in 1994 and was necessary because we needed to take the product nearer to the western region of the country, and to be able to serve the region and neighbouring countries.

“We also serve Uganda, South Sudan, DRC, Uganda, northern Tanzania, Rwanda and Burundi so it’s a key pipeline in place to make the product cheaper and more accessible across that region.”

About midway between Nairobi and Eldoret, in Nakuru, the third project was born in the same year, extending a pipeline from that location to the country’s third largest city, Kisumu. The 122 kilometre construct once again served needs from a geographic expansion and export perspective, and was soon followed in 2011 by the Company’s fourth project which similarly originated as a consequence of concerted market demand; a parallel pipeline from Nairobi to Eldoret to increase capacities and export potential to the aforementioned neighbouring countries.

Kenya Pipeline Company has over the years instituted a series of capacity enhancement operation increase pumping capacity from 440 metres cubed an hour to 830 metres cubed an hour at the still prominent Mombasa to Nairobi pipeline, an initiative which has set the tone for its biggest undertaking to date currently ongoing in the area.

“This is a US$350 million upgrade being carried out by Middle Eastern contractor, Zakhem International which started earlier in the year and is about 30-40 percent complete,” Nyantino explains. “It is a 20 inch pipeline which will handle all of the products across the 450 kilometre pipe from the end of 2016 onwards, and it is our biggest ever project, not just in Kenya, but in the entire region.

“The current flow capacity for the pipeline is 830 metres cubed an hour, but the new pipeline once up and running will increase this flow rate to more than 1,100.”

With future phases already laid out to install more pumps to further increase suction pressure, the overall aim is to enhance this flow rate to above 2,000 metres cubed an hour within the next decade; subsequently feeding the region for the next 30 years and making it one of the most significant energy constructs in Kenya to date.

A similarly pivotal flow rate increase being undertaken at the 122 kilometre, 10 inch pipeline between Nakuru and Kisumu is further evidence of KPC’s ongoing influence in the sector, once again catering for demand in the wider region adjacent to Kenya, while also laying the foundations for its own, necessary, internal improvements enveloped within its Vision 2025.

The ten-year strategic plan and incorporated rebranding is only three months old, and is primarily a refinement and honing of incentives already present on a more ad-hoc basis within the Company over the first 40 years of its development.

A transformational plan as such, the initiative comprises five key pillars which are set to take KPC to the next level; both in terms of its operations in Kenya, and its presence on an increasingly international scale.

Nyantino explains: “The first pillar is business leadership in Kenya. We are alive to the fact we have not served Kenya as a whole because our network is still lopsided in terms of geographic spread, but we want to serve the country to the full and are also looking at oil & gas opportunities to further serve the needs of the whole country.

The third of pillar – strategically placed in the middle as the central foundation of KPC’s structure – embraces the personnel side of the business, increasing the workforce capacity to facilitate the aforementioned footprint expansion. Significant increases in investment across training and development, strategic equipment, and the Company’s hiring strategy in general will provide the platform for the forthcoming decade of development.

“The fourth pillar in our strategic plan covers systems and processes, embracing cutting-edge technologies across our operations and logistics,” Nyantino continues.  “We already have a new SAP system which is fully operational across the entire spectrum of the Company, helping us with everything from office administration to the loading process, and also our customer relationships.

“Additionally, we are also laying fibre optic cable side-by-side with the Mombasa to Nairobi pipeline to improve our leak detection system and to again improve the operation of the pipeline.”

The fifth and final pillar addresses image and reputation, not only acknowledging the fact that KPC is a business hub of government and therefore needs to be reputed as such, but also committing itself more wholly to the enrichment of the wider Kenyan and regional population through a more extensive and streamlined CSR strategy.

“We now have a clear CSR policy and agenda which covers six focal areas,” Nyantino notes. “The first one is the empowerment of youth, women and persons with disability, while the second addresses education. The third and fourth areas cover health and sanitation, and the provision of clean water, respectively, and the fifth is sports.”

A nationally successful volleyball team, including a number of players having competed for the Kenyan national team enforces the prominence of the latter, and is followed-up by the even more heroic sixth focal point, which includes KPC’s involvement in aiding the emergency services; aptly rounding-up its fifth Vision 2025 pillar as a whole, as an initiative set up to uplift and transform people’s lives.

“We are looking at doing these selected projects to have more of an impact on society, supported by a new vision and mission to transform lives through safe and efficient delivery of quality oil & gas, from source to customer,” Nyantino concludes. “Over the coming years, the rebranding of KPC will see our flow rates increase, it will see us serve our customers and country better, and it will ultimately contribute to cheaper and more accessible energy provision to Kenya and neighbouring countries.

“Internally we want to have a high performance organisational culture, and we are now looking at a very positive future in taking the region forward from an oil & gas perspective, while generating more money for the economy, and helping more people in the process.”