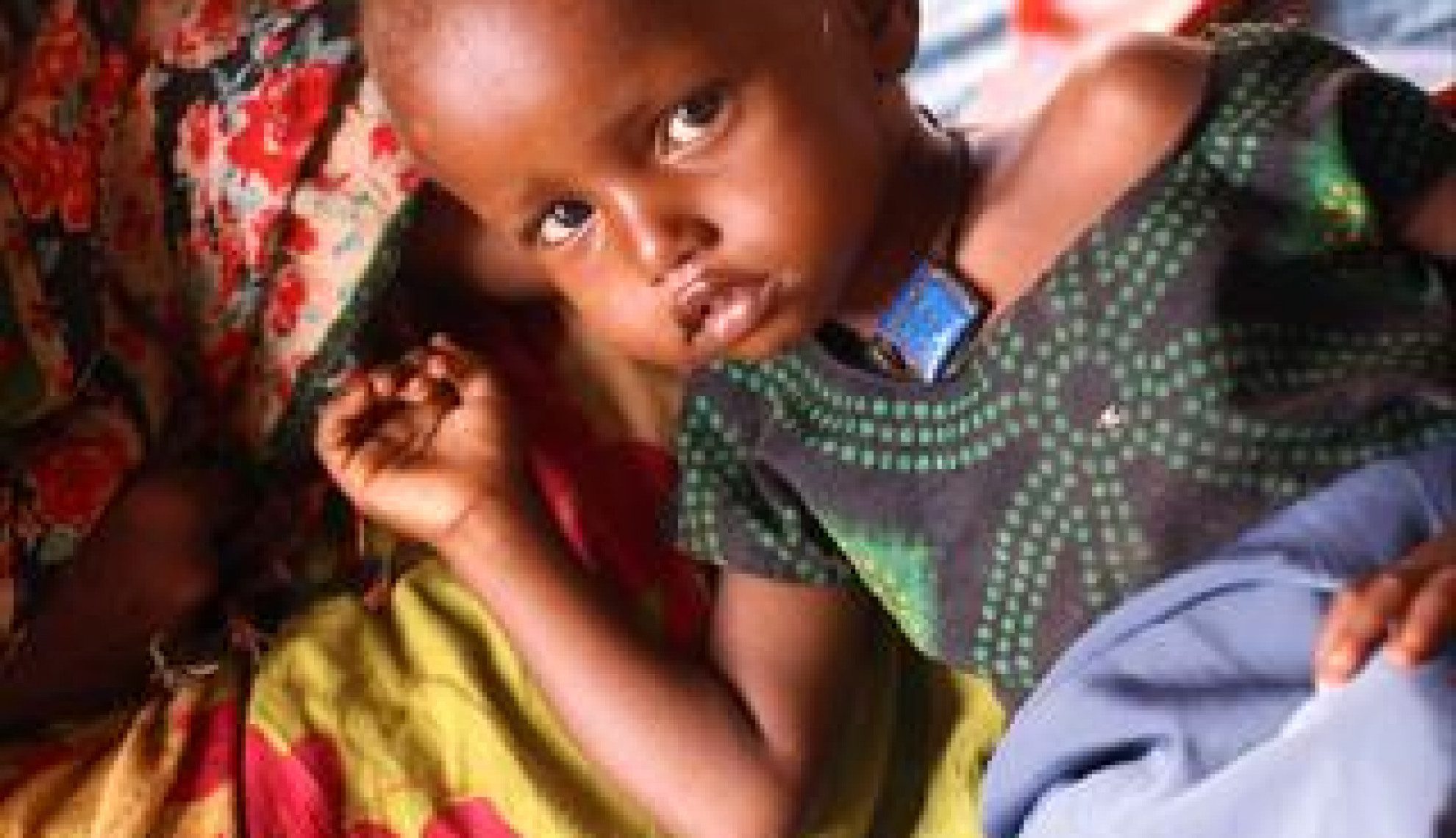 The Moi Teaching and Referral Hospital located in Eldoret, Kenya – home to Kenya’s fourth international airport – has nearly 100 years of history having been founded in 1917 as the Native Cottage hospital with a bed capacity of 60. Today, it has a bed capacity of 550 serving the larger Western and Nyanza provinces in Kenya and its surrounding areas of Kapenguria, Kapsowar, Kitale, Nandi, Kapsabet and Tambach, as well as offering medical education through its association with Moi University, a major development.

The hospital has certainly moved with the times – and we’re happy to bring you its story because, as it has evolved, it has helped to transform healthcare in Kenya.

Let’s go back to 1990 when its association with Moi University began.

“Moi has been at the forefront of training. The facility was upgraded to a hospital to be a training facility for the medical students,” explains Dr John Kibosia of Moi Teaching and Referral Hospital. “The link has been good because so far whenever Moi Hospital University is mentioned – it is an honour. It is the university which has made the hospital.”

The upgrade did not come without its own challenges and, as the centre upgraded and grew, the patient numbers grew even more rapidly.

As the second-largest referral hospital in Kenya, Moi’s catchment area became a staggering 16.24 million people. Kenya’s total population is 38.2 million. It also has international patients. “People come from up to Sudan andUganda, some come from as far as Tanzania – the hospital caters for a much bigger population,” says Dr Kibosia.
The hospital has 3,200 staff, 800 beds and, of course, a catchment area of 16.24 million. With these numbers its little surprise that keeping up with the needs of the patients is a challenge the hospital cannot always meet. In instances of political unrest – such as the election violence which erupted in 2002 – Moi has struggled to deliver care to all the people who need it.

One problem is the resources which the hospital has. Though the hospital was initially working very well, the transition period of 2002 brought problems.

“The Government decided to develop cold feet on this hospital. There were deals that were not forthcoming. The hospital could have been rendered useless – service delivery went down and most referralswere going to Kenyatta hospital,” says Dr Kibosia. “Moi hospital had been rendered insignificant and most of the talent was lost, but that is turning around currently.”

Luckily, with a fresh intake of trainee doctors, the hospital is never without human resources, and the experience on the staff is building back up. But the challenges don’t end there. Indeed, though it is better equipped than many hospitals in the region, Moi struggles with the quality of many of its machines.

“The CT motion analysis and dialysis machines are not state-of-the-art. Most machines are second hand. They are what people have been given,” says Dr Kibosia.

And it gets worse. In a population where the average wage is below one U.S. dollar a day, a CT scan costs around 12,000 Kenyan shillings (while dialysis costs 20,000 shillings per visit), so accessing the medicine at all is something only a fraction of the population can afford.

With cancer care the picture is even bleaker.

“There is a very big challenge with cancer – those who can afford care are very, very rich. Cancer is killing, killing, killing people. In this level of poverty people die,” says Dr Kibosia.

He tells us the hospital needs a specialist cancer care ward. Currently, cancer patients who can afford to travel go further afield for treatment, while those who can’t are treated in among the other patients with no specialist care available.

“A cancer unit would be a very great blessing,” Dr Kibosia tells us. Currently situation is often little more than palliative care. “It’s said it’s a relief when you get HIV/AIDS rather than dying of cancer,” he says.

The situation is not uniform across all diseases. Tuberculosis drugs, for instance, are readily available thanks to a combination of government initiatives and U.S. aid.

Anti-retroviral drugs for HIV/AIDS too are made more available by NGOs, however, the steady supply of medicine to the hospital is an ongoing challenge, and one of the main reasons for that is corruption.

“Corruption is like a cancer in our society. Some doctors get drugs and sell them to their own pharmacies. Corruption is quite rampant. I’m not afraid to say that,” says Dr Kibosia.

In some instances drugs which are ordered are not delivered, in other cases they go missing after they have arrived at the hospital. “Doctors receive drugs from a medical assignment and give them to specific pharmacies. The corruption is a social scourge. We need a hospital to be a one-stop service with all the medicines.”

One reason corruption is so rife is the poverty and it can affect more than just the medical supplies.

“The professional misconduct comes about because of corruption. We need an independent body to regulate care and drugs,” says Dr Kibosia. “In Kenya you can get people working as doctors who were not trained as doctors.”

While a teaching hospital is unlikely to have that particular problem, Moi hospital does have difficulty holding on to trained doctors once they graduate.
“They could be accommodated at the hospital but they seek jobs elsewhere. They say our government is not paying enough.”

“At times people prefer going to private hospitals because their service delivery is high. There is less corruption and drugs don’t go missing.”

Despite the many challenges Moi Teaching and Referral Hospital faces, Dr Kibosia is confident he knows what some of the solutions to this situation should be. “Corruption has eaten each and every institution. That’s why each and every organisation needs an independent body.”

He wants an independent medical professional not related to the government overseeing the organisation to maintain professional standards.

In addition, he recommends the setting up of smaller branch hospitals in Kisumu and Nyanza province “so that the sub-branches can get direct help. It was just my humble submission that those can be set up to even the service delivery.”

Other investments which would help patient care immeasurably – as well as improvements in hospital equipment – are the specialised cancer care unit as well as a more specialised children’s hospital.

Despite all that, Moi has achieved many great things and has always been at the forefront of training and has the best tropical medicine department in Kisumu. In addition to plans for better patient care, Moi Teaching and Referrals Hospital works to give more back to the community it is based in.

One example Dr Kibosia gives us is the Boresha Educational Empowerment group – boresha means ‘betterment’ in Swahili – and the Education Volunteers project which empowers teenage girls.
The teenage pregnancy rate is very high, and with so much poverty in the population that young women often have to choose between spending money on sanitary towels or 2kg of maize to feed them and their families – many girls regularly miss out on schooling as soon as they hit puberty.

The Education Volunteers project aims to combat this by empowering and encouraging girls in their education, as well as providing practical support such as antiretroviral drugs for HIV positive students.

“It is a brilliant scheme,” Dr Kibosia says.

We spoke to the doctor on a Monday – he told us the Friday before he’d been at a prayer day with the students ahead of their national exams.

Moi Teaching and University Hospital is facing some huge challenges but Dr Kibosia is facing them head-on and remains resolute and upbeat.

From 7-12 December the Boresha Educational Empowerment group will be running an educational festival at Moi Teaching and Referral Hospital, with inspirational and expert speakers. Those interested in sponsoring or collaborating with the festival should get in touch.