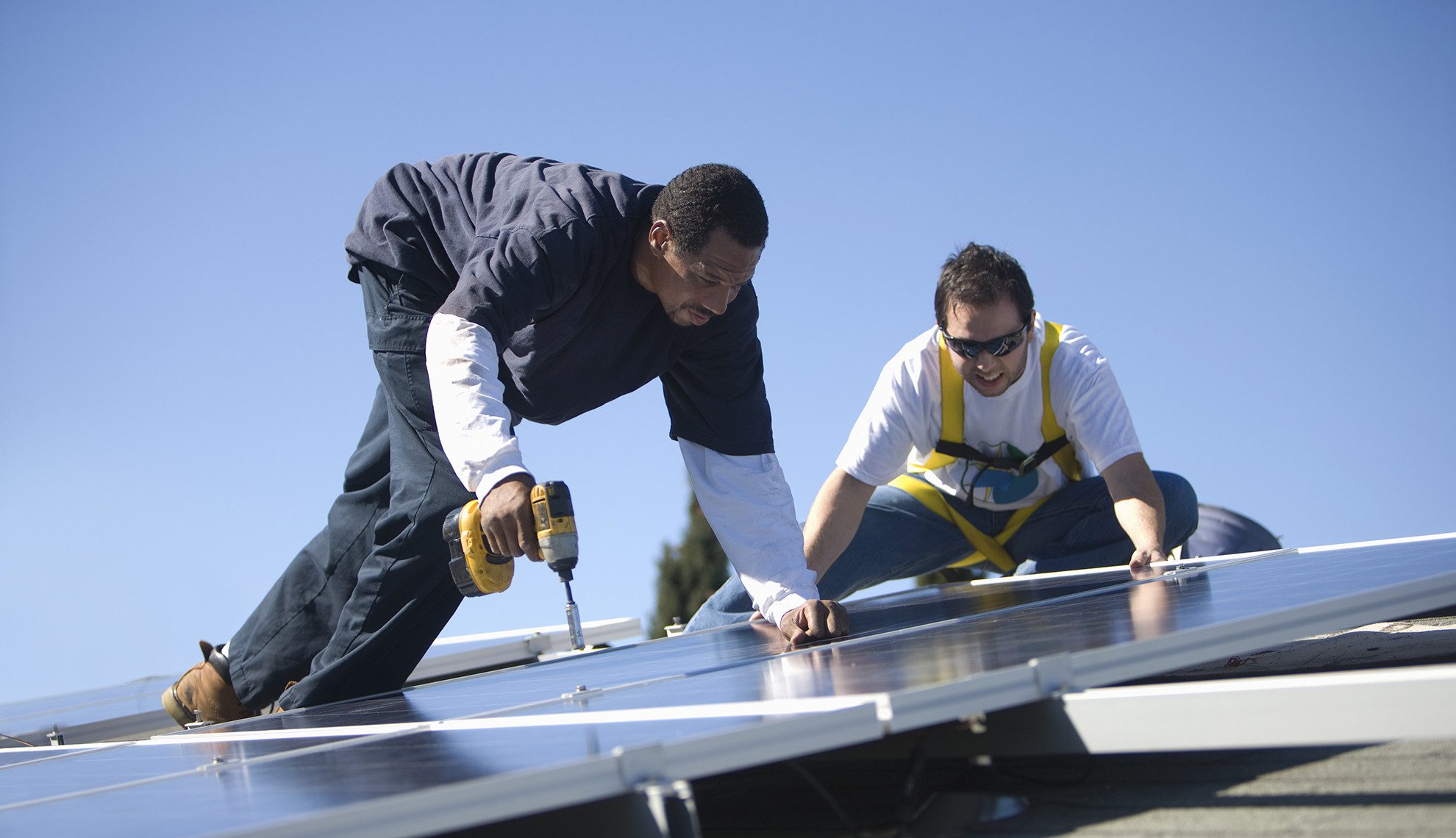 New Southern Energy is spearheading a solar revolution in South Africa and beyond with its smart photovoltaic solutions
Writer: Dani Redd  |  Project Manager: David Knott
On the African continent, around 600 million people lack access to electricity.

One reason for this is because Africa’s power infrastructure doesn’t extend to the continent’s remoter areas. But 110 million Africans without electricity live in urban areas – prohibitively high costs prevent them from establishing a connection.
David Masureik thinks he has found the solution – solar energy. It is his goal to help bring clean, renewable energy to the African continent. His reasons for getting involved in the industry, he says, were threefold.
“One, was the fundamental need for the electrification of the African continent, which is necessary for growth and sustainability,” he says. “Two, was from an environmental aspect – it is the most sustainable way to electrify the continent. And third, it’s a blue-sky opportunity with huge potential growth. All those things combined led me to start the company, which has been growing from strength to strength.”
The company in question is New Southern Energy, which Masureik founded in 2011 in South Africa, along with partner Deepak John.
“We both come from a business background,” Masureik adds. “We saw the opportunity to make a good case for renewables and thought that was lacking in the market. There was a lot of technical expertise but also a lot of technical scepticism from potential clients and financial backers.”
The founding duo began a dialogue with them, trying to explain how and why solar technology was feasible. After they’d encouraged their first buyer, they built a committed team around the project, and have grown the business from there.
It is, Masureik explains, an exciting sector to be working within.
“On a purely fundamental level, the opportunity is vast – a Pan-African opportunity with huge chances of growth and investment,” he adds.
However, the industry is not without its challenges. Masureik outlines three macro factors impeding its growth: political nuances; regulatory processes; and doctrines concerning renewable energy. A fourth factor is access to capital – banks have regulations and risk mitigations that have meant uptake of solar energy has been slower than desired. But despite these challenges, he remains optimistic.
“It is changing and getting better. There is definitely more of an open mind and a push to adopt renewable technologies on a large scale by most governments these days. Furthermore, as banks and lenders get more comfortable and familiar with our product, it will improve,” the CEO comments.
For Masureik, it is imperative that solar energy succeeds – not just to generate profit, but because he believes it is Africa’s only hope to electrify. This is because building big power infrastructures and laying down power lines is a far more difficult process than setting up solar farms.
“With solar energy you can generate at source, which means you don’t have to have large infrastructure and power lines to generate electricity,” he explains. “You can drop down a microgrid to power batteries and generators anywhere you like, even in areas where the grid is never going to get to.”
Pioneering photovoltaics
And that is what New Southern Energy has been encouraging its customers to do.

In the nine years it has been in business, the company has continued to offer turnkey solutions in renewable energy. Services include complementary initial assessments, installation, grid maintenance and even help in sourcing financing. It can install either grid-tied projects for sites connected to the national grid, or microgrid solutions across Africa for locations with no grid access.
“In the hospitality sector we typically do a lot of off-grid applications, generally for high-end lodges in remote places. They need to run 24-seven on a diesel generator – we convert them to run predominantly on solar and batteries, and provide a full utilities service. We put down the electrical infrastructure, we put down the energy supply, and manage the entire grid, so to speak,” Masureik says.
Other sectors the company works in are agriculture, retail, manufacturing and property – solar installations are suitable for anywhere with both a large energy consumption and a high cost of energy. Many grid-tied solar systems are able to beat the energy grid rate, allowing an organisation to save money while reducing its carbon footprint.
One recent project that Masureik is particularly proud of is the PV installation at Nicolway Mall.
“The construction pattern fits perfectly with the solar panels,” he comments. “It is a good positional revenue generator for their properties. They get a good return on their investment and they view it much like an additional tenant that increases the value on their property. It was a very high-end mall and a very high-end installation, so we benchmarked it as a top-quality product.”
Another pioneering project is the installation of a floating PV system for an agricultural client – although the technology has been adopted elsewhere, this is the first of its kind in South Africa. New Southern Energy embarked upon this pilot project in order to gain experience with floating PV systems, to see how the technology works and how well it performs.
“But it also ticks a few boxes in terms of land use,” the CEO adds. “From an agriculturalist’s perspective, they have bodies of water available and don’t want to use land where they could plant crops. It also mitigates evaporation, which helps with water shortages, and the cooler environment helps the PV solar to perform better. These three things combined were a conceptually nice idea.”
The pilot project was successful, and New Southern Energy has ambitions to roll out similar installations across other plots. However, the cost of installation in South Africa is still high, as the floating mould structures need to be imported from Europe, which means the technology is prohibitively expensive for some organisations.
Alongside its turnkey offering, Masureik believes that another reason for the company’s success is its strong relationships with suppliers.
“We are essentially an EPC – an engineering, procurement and construction company – so once we design a system, we need to procure it. We don’t hold any stock; we rely on our key suppliers to hold stock on hand and to supply stock for projects when we need it at a competitive rate,” he explains.
Because of this, suppliers are of paramount importance, and New Southern Energy is always looking for further ways to involve them in projects and solution-finding exercises.
However, COVID-19 inevitably created delays and shortages within the company’s supply chain. Masureik explains that these difficulties have started to ease off since June, with various national lockdowns becoming less stringent.
“The biggest challenge we have at the moment is with the solar panels themselves; we have supply issues coming out of China, not only from COVID but also from manufacturing issues – there have been some fires and disasters in their supply chain, which has affected global supply,” he says.
Continuing to electrify
Despite this issue, the CEO is confident in the company’s future growth and expansion. Indeed, the company has recently expanded inside the Kenyan market.
“We have been there for a couple of years and are slowly starting to get traction and have some interesting projects on the go there. We are using Nairobi as a base to serve the East African markets; trying to provide a good quality service we see as partly lacking there.
Fundamentally the market is very positive – it looks good for medium to long term,” Masureik says.
In the upcoming years, New Southern Energy aims to continue expanding in Kenya, becoming a bigger player in the country’s renewable sector.
It would also like to expand into other countries across the continent, such as Botswana, working towards its goal for Pan-African electrification. A third and final objective is to integrate vertically with an energy fund, in order to help finance an increasing number of projects.
With an increasing interest in renewable energy across the African continent, New Southern Energy looks set to play its part in electrifying the region.