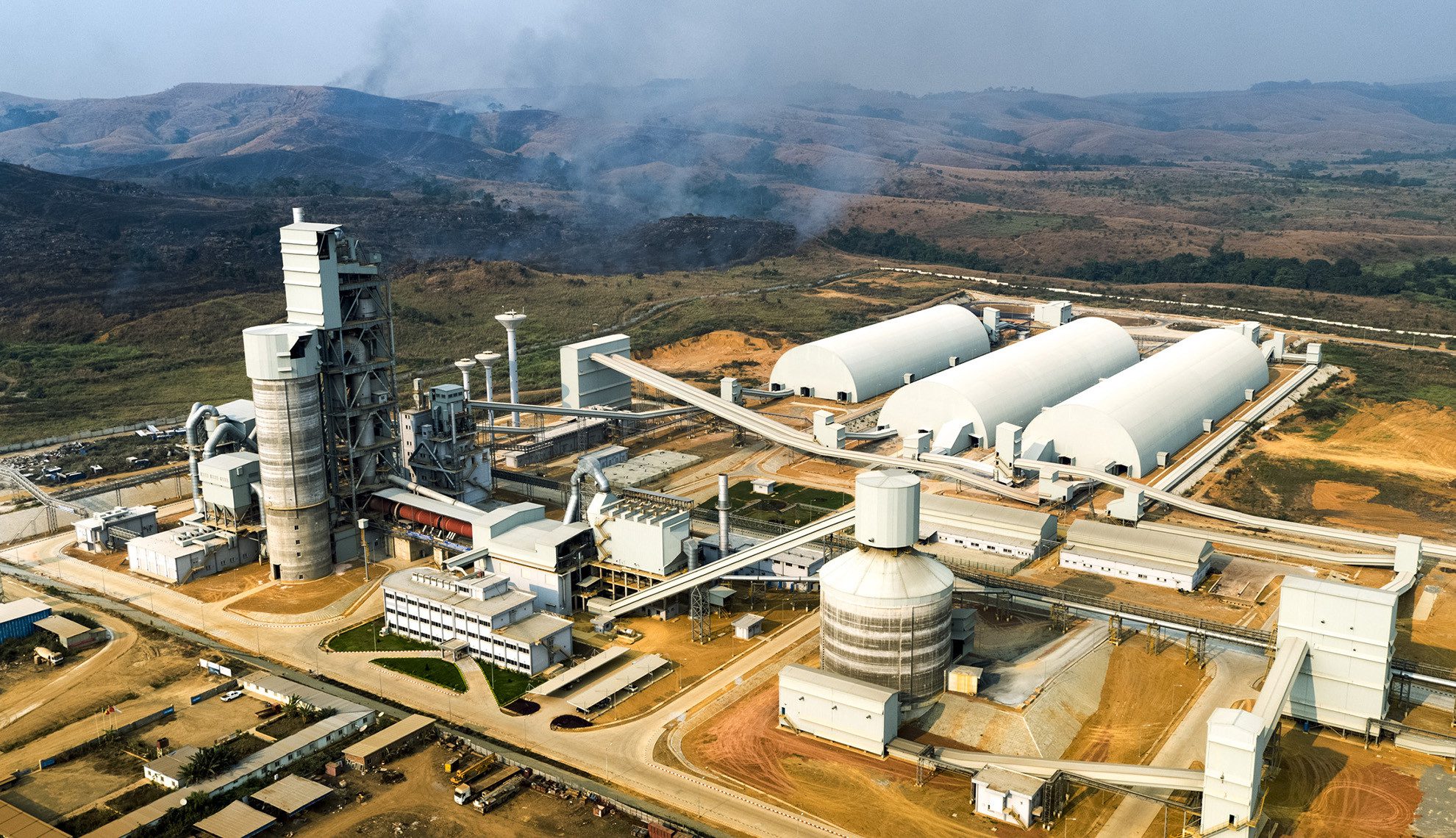 Bringing the Dangote Way to Congo

Dangote Cement’s operations in Congo are a vital economic and social contributor, the firm’s plant near Mfila being the largest ever opened in the country
Writer: Tom Wadlow  |  Project Manager: Josh Mann

Despite facing political and economic instability in recent years, the Republic of Congo’s economy appears to be heading in the right direction.
According to the World Bank, GDP growth for 2019 is expected to be recorded at 5.4 percent, an upward curve predicted to continue into 2020 and 2021, gaining an average of 1.8 percent per year for the next two-year period.
This outlook is based on a strong oil and resource sector and a growth in investments – in 2018, around 17 percent of GDP derived from investment, a figure which is forecast to rise to 22.7 percent during 2019 to 21, assuming favourable oil prices and budget surpluses.
It also requires a stable political picture. November 2017 proved to be a significant turning point, after a ceasefire agreement was signed between the Congolese Government and representatives of the former rebel leader Frédéric Bintsamou.
Since then the country has benefitted from a period of peace and security, a status quo which is gradually seeing investors return to the country.
Indeed, the non-oil sector also has its role to play, and 2017 also marked the entry of Dangote Cement, West Africa’s leading cement producer, into the Congolese market.
“Operating as a business unit of Dangote Group in Congo, the largest conglomerate in West Africa and one of the largest in the African continent, it is important for us to play our part in the ongoing development of the country,” comments Afroz Ansari, the company’s Country and Plant Director.
“We want to play a lead role in the writing of what is a constantly evolving development story here.”
Ansari is very well-placed to lead Dangote’s growth and progression in Congo. The industry expert has a long CV of experience spanning 40 years, working for numerous cement production firms across the likes of India, Saudi Arabia, Oman and Tanzania before joining Dangote in late 2018.
“After completing my university education, I opted to join the cement industry instead of the Indian railway sector,” Ansari recalls. “My first job in this space was as a trainee in production and quality control, gradually climbing up the ladder to reach a position of Plant Director/Country Director here in Congo.”

“Operating as a business unit of Dangote Group in Congo, the largest conglomerate in West Africa and one of the largest in the African continent, it is important for us to play our part in the ongoing development of the country”

Keeping Congo building
Ansari’s job is to ensure the continued success of the Congolese division.
Its cement plant is the largest ever to have opened in the country and is located near Mfila, situated on the road between Pointe-Noire and Brazzaville, Congo’s two major settlements and home to more than half of the population.
Here, Dangote Cement Congo produces 1.5 million tonnes of high-quality cement per annum, complying with EN197-2011 and Congolese quality standards, and using the best analysers and equipment to be found in the industry.
“We at Dangote Cement pride ourselves on operating a unit with world class cement manufacturing technology,” Ansari adds. “This means having energy efficient mills, pollution control equipment, online quality control systems and a best-in-class, industry leading operating system.
“I would go as far to say that our state-of-the-art technology is what sets us apart. We are able to produce the best available cement in the world thanks to continuous monitoring of all quality parameters of input. This occurs at each stage through cross belt and XRF analysers, using ROBO lab online sampling technology created by FLSmidth technology.
“Meanwhile, all operations from our central control room are coordinated using technology from Siemens – this is transforming our industry and differentiates us from other cement producers in Congo.”
The Mfila site is able to draw on 144 million tonnes of limestone reserves, a long-term resource that will be important as Congo and the wider region bids to increase infrastructure building to cater to fast-growing populations.
Indeed, all Dangote plants are designed to make higher-strength cements such as 42.5 and 52.5 grades – these will increasingly be required as the size and height of buildings increase in Africa’s growing and urbanising economies, Congo being one of them.
This, as well as the Mfila plant’s strategic location, feeds into another competitive advantage in the form of Dangote’s supply chain network.
The group’s size and financial strength enable it to invest in strong distribution capabilities at costs unattainable by smaller and less financially secure competitors, and Ansari is quick to praise the critical role that all Dangote Congo partners and suppliers play in its ongoing operations.
“Be it procurement or sales and marketing, the company’s supply chain operations are of the utmost importance, and all the time interdependent across the length of the operation,” adds Ansari.
“Positive engagement with suppliers has and will continue to play a major role in success of our business. Local partners and import suppliers are identified and selected very carefully, and we always try to encourage the use of local companies where possible.”
A sustainable, responsible future
Such empowerment of local enterprise is typical of Dangote’s approach to doing business in Congo.
Not only are local staff being empowered and trained to take over plant operations from the Chinese firm which built it, they are also encouraged to give back to the local community in the form of clean-up activities and other programmes which make up Dangote’s corporate social responsibility strategy.
From conducting awareness and training schemes for neighbouring villages on education and health, to financing and supplying the construction of bridges, roads and school buildings, the company has been an active corporate citizen since arriving in Congo in 2017.
In the summer of 2018, for example, it helped deliver a brand-new school building in Mfila, a facility which is able to accommodate 245 pupils. Dangote is also working hard on plans to develop a new hospital building in the area, a project which Ansari hopes will come to fruition within the next year or so.
This invaluable community work all ties into what the company refers to as the Dangote Way, a modus operandi defined by seven sustainability pillars which are practiced at every level of the organisation.
Sticking to these principles will ensure the company leaves a positive lasting legacy on Congo, something which Ansari is determined to build in the coming years.
The Country and Plant Director outlines four major objectives Dangote will be working towards through the rest of 2020 and beyond, two of them being to maximise the capacity at the Mfila site through a growth in sales and to diversify the product portfolio with new products.
The other two targets centre on energy. Not only will Dangote begin to make use of alternative, non-coal-based fuels, it will also adopt enhanced energy conversation practices in a bid to become a more environmentally sustainable operation.
Ansari concludes optimistically: “Growth in regional demand is expected to be at around eight percent on a year on year basis – local as well as regional demand will be driven by government spending on infrastructure development.
“Dangote will be striving to sustain and grow with improving operational efficiencies and cost management, despite low cement market demand versus production capacity. We will continue to improve our operations with continuous engagement of all internal and external stakeholders to ensure a long, prosperous future.”