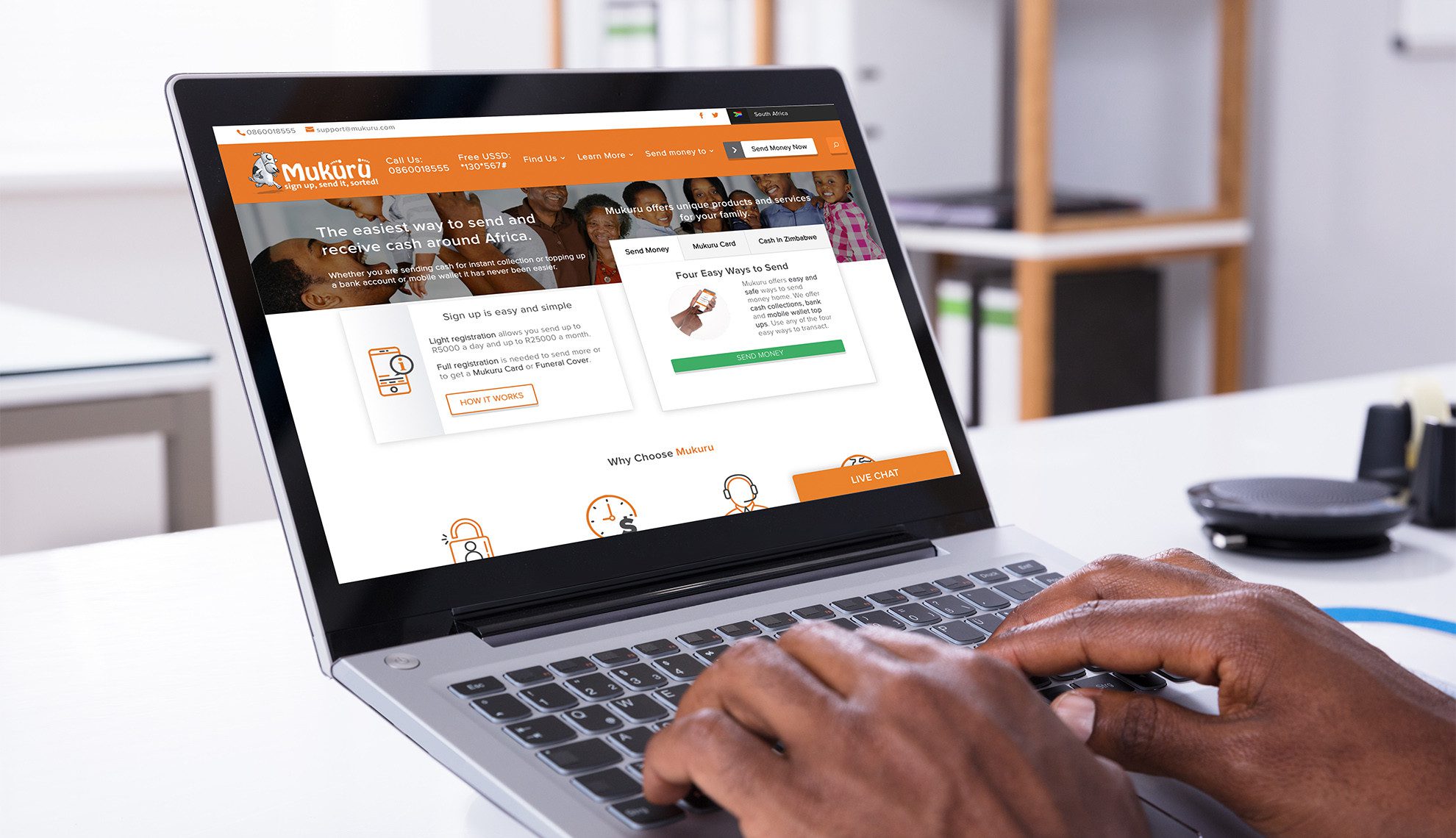 10 years in the making, Mukuru has risen from a small concept African startup into a mobile money marvel of migration

“The hyperinflation period endured by Zimbabwe in 2008 and 2009 witnessed many people outside the country attempting to send money home to loved ones, a process that was characterised by a lot of friction at every step.

“There were swathes of Zimbabweans on the African continent who had sacrificed an immense amount personally to join the diaspora in search of economic opportunities; who were looking for a safe, convenient, simple and quick way to remit funds home to their family and friends.

“Given that they often had limited access to formal financial services, were structurally under-serviced and/or unbanked, they often had to resort to informal methods of sending money home that were unregulated, lacked transparency in terms of price and speed and had a lot of opportunity cost. They often had to take days off work and incur costs in getting to a central point to pay in cash, challenges that were then mirrored by their recipients.

What Andy Jury is referring to is the backstory behind Mukuru.

“Our founders were in this same boat,” he adds, “and what started out as a desire to iron out personal wrinkles, in getting money home to their friends and family, morphed into a realisation that there was a massive business opportunity if we could build a simple, secure, rapid means of affordably being able to send money.”

A remittances-led financial services company that was brought to life to empower financially under-serviced migrants, Mukuru has become renowned as the go-to platform to send money in a convenient, safe and affordable manner across Africa.

“We wanted to produce a transformative solution that was simple to use and accessible to anyone with a mobile device,” Jury, the company’s Group CEO, adds. “It required us to walk in our customers’ shoes, understand the pain points they had with remitting money home and build a solution that addressed these challenges.”

And this is exactly what the company has spent the past decade doing.

Innovate and improve
Mukuru has refused to benchmark itself against the successes or failures of other industry players throughout this period, instead opting to adhere to its own overriding ethos.

Jury explains: “Constantly looking to innovate and improve customer experiences is a key focus of ours.

“We’ve attempted to stay true to this approach as our business has grown, expanded and evolved – if we continue to obsess about trying to understand what customers really need and build solutions to address these requirements, then we’ll be well placed to walk alongside our customer base as their needs evolve.”

Following this philosophy, Mukuru has developed a remittance portfolio that is characterised by a high degree of customer loyalty, trust and repeat business – features that have enabled the company to reach a total 25 million transactions, a figure recorded in late 2018.

This is not the only milestone that it has reached in recent times, however.

While it began by serving just two or three primary corridors upon its inception 10 years ago, Mukuru now remits money across more than 70 corridors, a rapid rise that can largely be owed to the firm’s emphasis on collaboration. Key nodes of a network that stretches across Southern Africa and beyond currently include South Africa, Lesotho, Mozambique, Zimbabwe, Botswana, Zambia, DRC, Malawi, Nigeria, Bangladesh, Pakistan and the United Kingdom.

“We’ve developed an extensive network of first and last mile pay-in and pay-out points that not only include our own branches, booths and customer services agents, but a chain of deep partnerships with retailers, switching intermediaries and banks as well,” Jury explains.

“Aside from the physical distribution infrastructure that these partnerships provide, they are also an invaluable source of local, in-country knowledge and expertise that we’ve been able to leverage throughout different markets.”

A socioeconomic stalwart
Mukuru’s cooperative modus operandi also comes to the fore in other ways.

A business founded on the notion of socially responsible financial inclusion, Mukuru has developed a win-win relationship with the continent that is propelled by a number of corporate social investment initiatives.

“We look to engage with our customers through the pillars of education, music and sport, and are associated with a range of endeavours in which we support community upliftment using these pillars,” states the Chief Exec. “Most recently we made significant contributions to assisting the victims of Cyclone Idai across Mozambique, Zimbabwe and Malawi, both in terms of aid packages as well as manpower and logistics support.”

“Additionally, we undertake initiatives like actively partnering with the Malawian consulate in South Africa in its community building and social cohesion efforts, from sponsoring netball and football tournaments to facilitating a choral competition for Malawian affiliated church choirs.”

These efforts, while hugely beneficial to those who it impacts, only begin to highlight the company’s wider role as a socioeconomic stalwart.

CSR aside, the business actively employs local people, both out of logic for communicating with its clients effectively and in order to further its ‘Afri-can’ agenda.

Jury continues: “Afri-can is the spirit of Mukuru. We were founded on the desire to solve personal problems that were shared across an increasingly growing customer set. Our staff live the adage of ‘Mukuru, we are you’ daily and most of them are customers themselves.

“Our business has been bootstrapped up off the collective inputs of dedicated individuals who believe in our primary goal of achieving diaspora-led financial inclusion, and have gone significantly beyond the extra-mile to do so. Our primary assets are our people and the self-motivating momentum we’ve been able to build up over time.

“We place a lot of emphasis on hiring to ensure that we continue to influence the Mukuru orange energy positively!”

The sky is the limit
All of the aforementioned combined, Mukuru is set for perpetual progression as it moves through the remainder of 2019 and beyond.

In terms of investments, the business will be focused on improving its KYC processes, putting more control into the hands of its customers and bolstering its processing technology to make transacting faster.

Investments in WhatsApp as a customer transaction channel have also come to fruition in recent times and will be pursued more actively looking ahead, providing improved accessibility to its services.

“We like to think of ourselves as having orange energy coursing through our veins, which encapsulates a self-starting attitude, the desire to make a meaningful difference in the lives of our customers, the ability to make a plan and get things done in a world in which a one-size fits all approach doesn’t work,” states Jury.

And through this outlook, the CEO remains optimistic about the ultimate potential of the African financial services and remittances industry. He adds: “From a collective formal market perspective, we have only just scratched the surface.

“Trust is key, but if we can continue to demonstrate to customers that they will do well by trusting us with their money then the degree of possibility is only limited by imagination.”