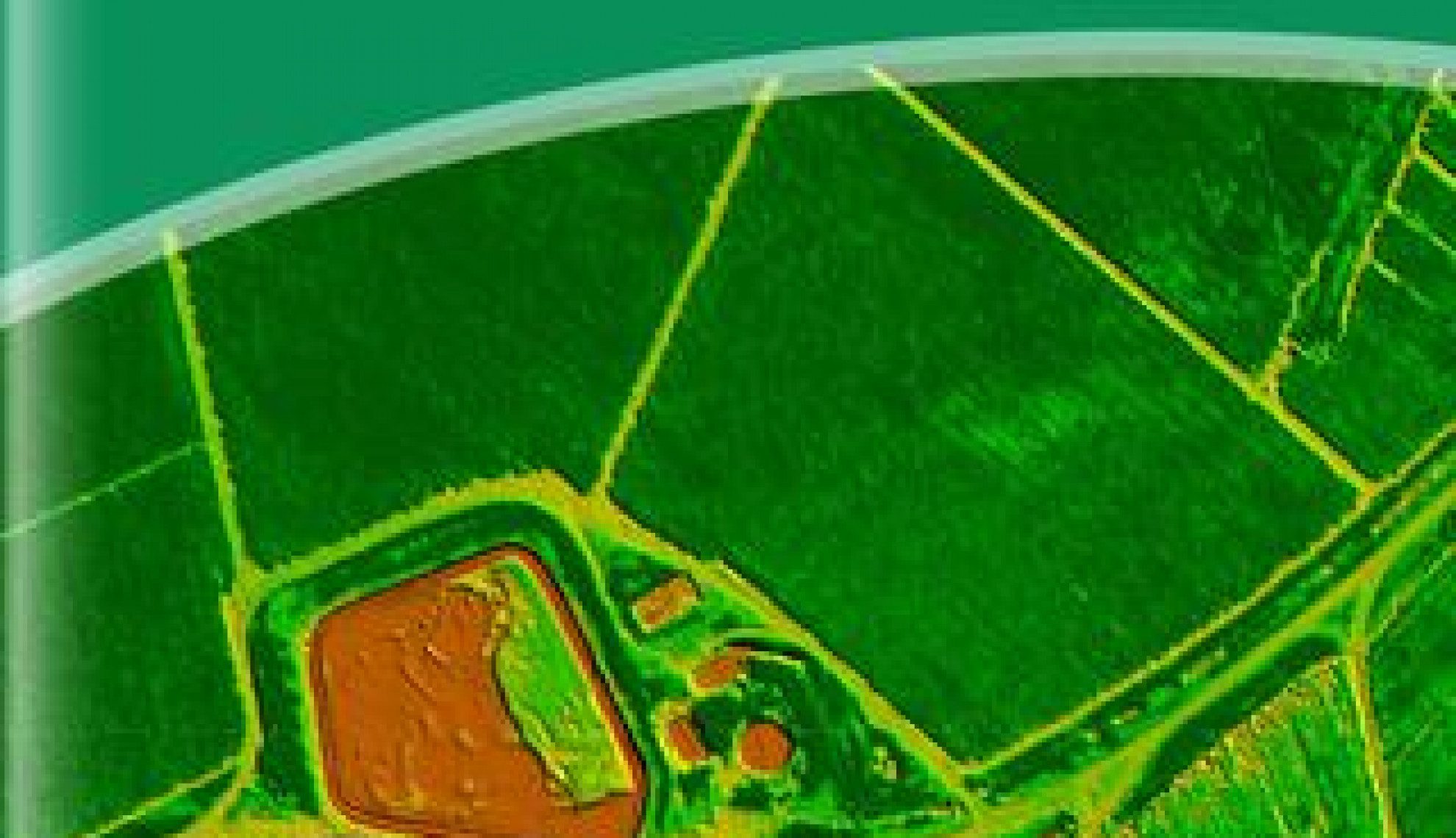 Agricane’s two decades of growth has taken its turnkey agricultural engineering proposition to 24 countries in Africa, making the business one of the continent’s foremost contributors to sustainable development

Making a sustainable difference to African agriculture for more than 20 years, Agricane’s agricultural engineering and development operations have led the Company to some of the sector’s most significant projects and almost unrivalled kudos in a sector so intrinsically linked to social responsibility.

Initiated in 1996 as the international wing of a fledgling business started in Zimbabwe, these humble beginnings comprised a group of dynamic agricultural engineers and agronomists who saw a market for genuine African experience in irrigated plantation development.

“Since then, the Company has expanded its service base every year and now includes a strong land survey element, a remote sensing company, mechanisation expertise as well as personnel covering agricultural economics and bulk water engineering,” Founder Director, Chris Matthews picks up. “Owned and operated by four major shareholder directors that each play an active part in the daily operations of the Company, Agricane is now split between two key businesses; Agricane Commercial Holdings Limited (ACHL), and Agricane Consulting Limited.

“ACHL deals with all the commercial operations and businesses that we have picked up along the way – these generally being small agricultural related schemes that we aim to be centres of excellence for, to launch new technologies and training sites – while Agricane Consulting Limited is the core development and management consulting business and is made up of a number of key divisions and subsidiaries.”

Across these strands, and indeed its primary ACHL activities, Agricane has branched out into 24 countries throughout Africa, proving itself as a truly continental entity. Eight projects are currently being undertaken in the region across aspects such as feasibility studies, management and design works; while Agri-Sense has broadened even further to Central America.

“As Agricane expands further in to all agricultural cropping and sectors, the identification of new customers has been more challenging, but the reputation that precedes Agricane has always been our biggest asset in future work development and we are fortunate to work with some of the African agricultural industry leaders whom have expanded their horizons simultaneously with Agricane,” emphasises Matthews.

“Africa is forecast in the next 35 years to double its population and is yet to sustain itself in agricultural production. Agricane has a vision for how this challenge can be met and is strategically positioned to further expand its operations and provide the skills and experience to meet this challenge head-on.”

This evident rapidity of expansion and diversification has taken Agricane to all corners of the continent too, leveraging the extensive expertise and experience in-house along with a long list of credible associates to apply optimum methods and solutions to every new project.

“Since inception, Agricane has designed more than 100,000 ha and developed more than 40,000 ha of successful irrigated agriculture; of which, more than 8,000 ha has been small-grower farms,” Matthews explains “Agricane has managed these successful projects in Southern Africa, and is currently engaged in irrigation development in eight countries and is involved in various other projects in rainfed agriculture, estate management and training.”

Growing year-on-year since the mid-‘90s as a result of this continuous expansion; Matthews attributes such triumphs to the dynamism within the business, and to the people who both run and work within the framework of the Company.

He adds: “Agricane has continuously engaged and sourced individuals who both have the passion and belief in African agricultural development, as well as the expertise within their field. Agricane is possibly unique in Africa in that it combines the complete spectrum of agricultural development solutions while remaining dedicated to this unique field.

“Furthermore, African agriculture is an industry that is constantly being left behind in the use of the most up-to-date technologies and practices and Agricane is working hard on correcting this by constantly introducing new technologies and methodologies to the industry.”

As an example, Agri-Sense is constantly developing new approaches, from crop monitoring to farm management and even aerial spraying using UAVs. Similarly, Agricane Consulting ensures the latest innovations and technologies, driven by the research and knowledge attained via its Data-Sense subsidiary.

“All of these strategies provide continuous development to remain at the cutting edge of agriculture and enables Agricane to gain the success and reputation that has developed in the past 20 years,” Matthews enthuses. “Other great advances made recently to improve our products and services can be seen across remote sensing and the development of an agricultural impact fund.

“Agri-Sense and Data-Sense, and in particular the strength of the management tools and data delivery through  Agri-Sense MIS, have created a far reaching opportunity to the new generations involved in food production in Africa.”

Each new project and each new presence point helps to broaden the experience of Agricane, and subsequently, its ability to adapt to new situations and to be more innovative in its approach. The consolidation of this experience has led to Agricane’s philosophy that the future for food production in Africa lies in combining the commercial with small-grower irrigated farms and then adding value at source as much as possible. This secures knowledge transfer and value chain stability in an organised structure.

Agricane is therefore combining the key elements of finance, technical knowhow, social upliftment and the market through added-value. This has been evident in numerous countries over the years and has most recently been epitomised by ongoing operations in Malawi and Mozambique.

Regarding the former, “Agricane has just completed the second phase of our highly successful Phata Cooperative Irrigation Scheme in Chikwawa”, Matthews details. “The Phata irrigation schemes came about when a group of local villagers who border one of the ACHL farms approached Agricane and asked how they could own and utilise their land for sugarcane development.

“With the assistance of Agricane Malawi a cooperative was formed by the local inhabitants, numbering 350 families, who were subsistence farming with rainfed cash crops like cotton and millet which would often fail due to poor rains. Once Agricane sourced the finance, we then embarked on undertaking designs and tenders and then managed the implementation.”

The 300 ha project was completed in less than a year and the first crop of sugarcane was harvested to the tune of 120 tonnes of cane per hectare; a significant yield that, in the intervening four years since then has led to returns of more than $500,000 per annum for the benefiting farms. A key element in the success is that it involves a guaranteed off-take through the added-value processing plant nearby.

In Nigeria, Agricane is working alongside one of the nation’s largest sugar producers on an outgrower feasibility study in order to provide 3,000 ha of irrigated sugarcane in small grower farms, to supply the sugar factory.

Matthews notes: “The total area under study consists of approximately 25,000 ha, across which the study will identify the most productive areas to target development. Of such great importance is the desire by the local communities to be involved with the project, Agricane has assisted the client with setting up a visit by 16 local community leaders and headmen from Nigeria to the aforementioned Phata Scheme in Malawi.”

In addition to the Company’s international ambitions, its inner-diversifications have been a superb indictment of Agricane’s overall dedication to the market; epitomised by the success of Agri-Sense and Data-Sense.

The former has so far flown over 300,000 ha in its four years as the demand for high resolution imagery and high accuracy topographical data increases. Now at the forefront of Agricane’s technological impetus, the ability to deliver data directly to the farmer or estate via its Agri-Sense MIS app is taking continental agriculture to the next level and it has also been noticed on a global scale, with the Company set to embark on its biggest project to date; flying over 90,000 ha in Belize.

At the head of growth

For Data-Sense, Malawi has been a key focus where NGO-operated development schemes have been struggling to accurately capture, store and present information on the people they are working for and with. Tackling this, Data-Sense offers a simple yet powerful tool that can be implemented on projects independently without a third-party provider.

Casting the net as vastly as possible across the agriculture domain not only affirms the Company’s reputation as a leading industry player, but also facilitates heightened flexibility as industry trends fluctuate or in the face of unforeseen challenges; such as power generation costs, increased demand for automation, and the general speed of evolution for the agri-market as a whole.

“Our land surveying division, Cane-Survey is a great example of a key area where constant technological advances are important to keep abreast of,” Matthews says. “For land levelling for flood or furrow irrigation schemes and difficult drainage situations, programmes have been developed that assist the survey teams with their cut-fill analysis.

“With GPS being so prevalent, information from designs and surveys is imported directly to the machines which implement those designs. Cane-Survey and Agricane Mechanisation link to provide a support to this as part of a precision agriculture solution.”

Aptly, Agricane defines itself within the sector by concentrating and specialising in one field only – African Agricultural Development – and devoting itself entirely to that. As African specialists who know the conditions resoundingly and intimately, the business offers the ultimate turnkey package across concept, feasibility, funding, development and implementation; uniquely securing the business’s status as one of the most significant contributors to sustainable development in the region.

“The focus for Agricane going forward is to constantly improve and expand on what is a huge growth industry,” Matthews concludes. “The next 50 years for African agriculture is set to grow exponentially and Agricane is placed squarely at the head of that growth. As food demand grows the impact that Agricane will have in the development of agriculture will grow unabated.

“The Asha Impact Fund, which already has a pipeline of more than 20 projects on its books, will be an important facility in providing much needed capital in the process of developing and managing these sustainable projects. Agri-Sense and Data-Sense, already being at the forefront of their respective fields, are predicted for massive growth also. And Agricane shall also continually develop new divisions to supply expertise to the industry where there are clear gaps.

“We predict that the short-term and long-term growth of the Company is vast and with a core group of dedicated and experienced individuals providing the backbone, the future is very bright indeed.”