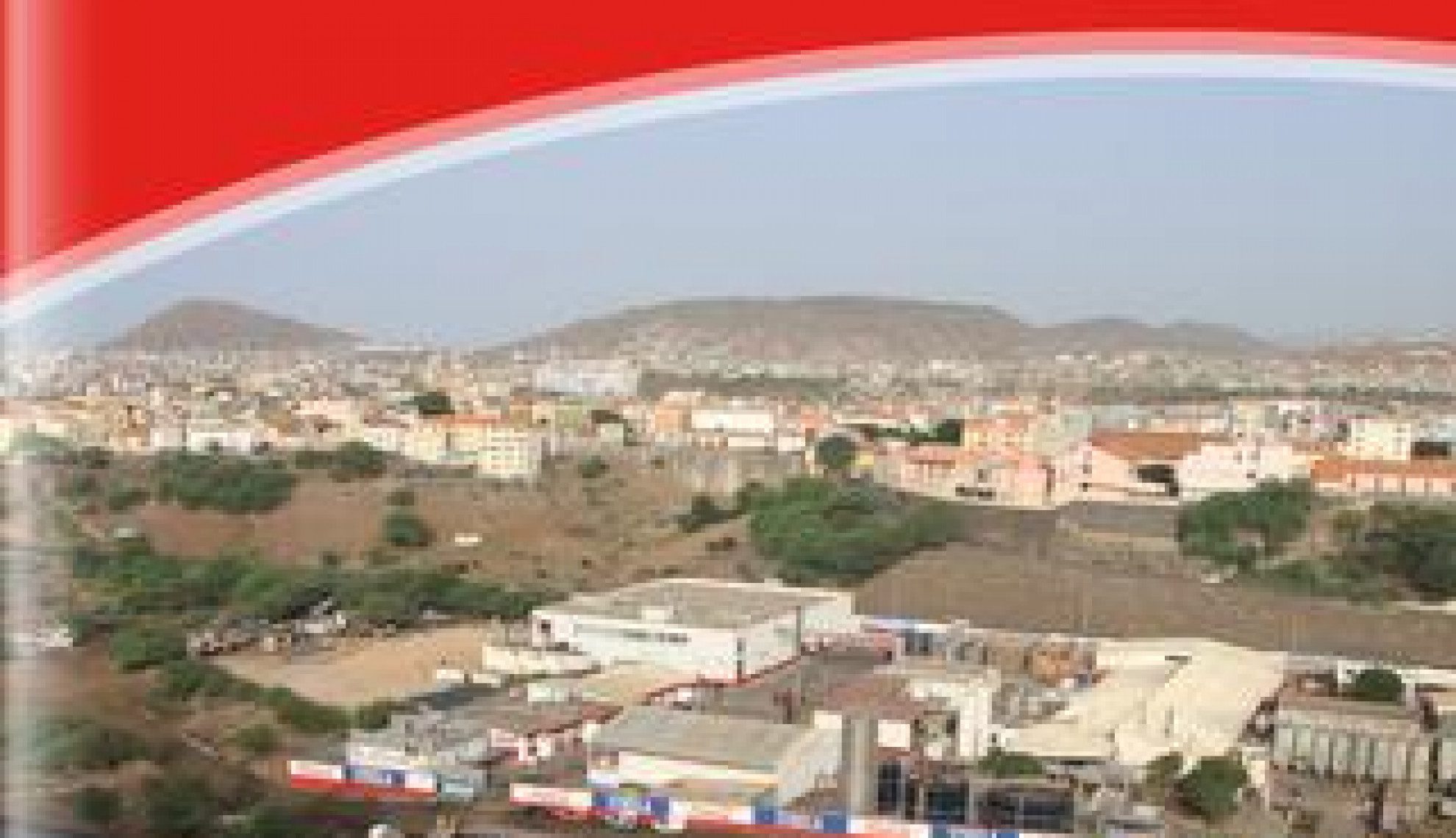 Equatorial Coca-Cola Bottling Company Cape Verde has made important strides both in terms of its product portfolio and CSR strategy over the past 18 months. We caught up with General Manager Rodrigo Chies

“Until I started this job, I didn’t have experience in Africa but always had a strong interest in the region. The African continent has faced some challenges in recent times, but every long-term economic indicator will tell you that this is the place to be. And the reality on the ground is that if you are willing to do the hard work, there are always new opportunities; it is a place in constant change.”

Rodrigo Chies has been a stout optimist since arriving in Cape Verde in 2017.

A drinks and technology industry veteran of 20 years across Europe and Latin America in the sectors of beverage and technology, the opportunity to join one of the world’s most loved drinks brands and contribute to African development was too good to turn down.

“My professional background and companies that I’ve worked for have brought me to many new places, but the dynamic of the business is often similar.

“What I have learnt through my experience is that you need to understand the reality of the place where you are doing business to be able to respond appropriately and this can only be done through effective networking and, more importantly, through close connections to customers and consumer engagement. You must think quickly. You must face (and enjoy) the experience of being outside of your ‘comfort zone’ to be successful in this area. That’s how I am.”

Part of the Equatorial Coca-Cola Bottling Company, ECCBC Cape Verde manufactures and distributes the likes of Coke, Coke Zero, Fanta and Sprite, as well as water, juices and beer, across the 10 islands of Cape Verde.

Established for more than 20 years, Chies is buoyant about its position as a national flagbearer.

According to Chies, the company is “constantly looking at ways to provide our customers the best service, so we work hard to adapt our portfolio to the trends and tastes of our community. Our company is growing above the average in Cape Verde and we are the driving force in the beverage segment of the Cape Verdean market.

“ECCBC Cape Verde is considered one of the main companies in this
field and country,” he adds, “since we can offer an extensive range of products to our customers, from soft drinks to beer or water, as well as efficient performance and best practices in supplying the hotel channels, which is considered a backbone of the country’s development.

“For that reason, it’s a pleasure and an honour to any professional in the beverage sector to work for The Coca-Cola System, especially when that partner is a consolidated company like Equatorial Coca-Cola.”

Chies last spoke to Africa Outlook back in October 2017 not long after he joined ECCBC Cape Verde, also known locally as Cavibel.

Since then, many developments have gathered momentum and helped the firm become the driving force the GM refers to.

These include the introduction of new products to its offering, chiefly in the form of low and zero sugar alternatives such as Coke Zero and Sprite Zero which have taken off in Coca-Cola’s staple markets of the USA and Europe.

Another important focus for Chies has been the adoption of a circular economy way of working.

“Circular economy is about looking beyond the current take-make-waste extractive industrial model,” he explains.

“A circular economy aims to redefine growth, focusing on positive society-wide benefits. It entails gradually decoupling economic activity from the consumption of finite resources and designing waste out of the system. Underpinned by a transition to renewable energy sources, the circular model builds economic, natural, and social capital.”

Chies cites several ways in which ECCBC Cape Verde has adapted to this model, for example efforts to build incentives to support the development of more sustainable plastic collection and reuse systems.

“We are working to drive concrete action and build incentives to support the development of more sustainable plastic collection and reusable systems. We are using our size, scale and convening power to make a difference, but this is not something we can do alone,” he continues.

“It takes partnership. We are working with our peer companies, suppliers, bottling partners, NGOs, and local governments to create solutions in the areas where the need is greatest, and we can make a significant impact.”

Another area of development over the past 18 months that Chies is eager to highlight revolves around ECCBC Cape Verde’s work in the community and improved CSR footprint, which is very important to the group’s sustainability agenda.

Cavibel, as part of Equatorial Coca-Cola Bottling Company, has endeavoured to contribute to the achievement of a number of the United Nations’ Sustainable Development Goals (SDGs) during the last years.

“Our strengths have led us to focus on increasing the accessibility of clean water (SDG 6), improving health (SDG 3), empowering our communities – especially women – (SDG 4,5,10), and caring for our environment (SDG 13, 14, 15). So, Equatorial Coca-Cola Bottling Company focuses its sustainability strategy on four main pillars: water, health, empowerment and environment,” says Chies.

In 2018 the company set up a partnership with MedShare and The Coca-Cola Foundation, donating around $200,000 each in medical supplies containers which will support the two biggest Cape Verdean hospitals for at least half a year. The action was part of the ShareHope programme that, since its inception, has distributed containers with medical supplies worth $1,800,000 to central hospitals in countries including Sierra Leone, Liberia, Guinea Conakry, Ghana and Gambia and Cape Verde.

“The specialists gave consultations to more than 1,500 people, carried out 401 cataract surgeries and donated 750 pairs of glasses to the community. These are amazing numbers that have never been achieved by a private enterprise in Cape Verde before and that shows our commitment with the citizens of Cape Verde and the daily life of our communities.”

It is positive contributions like this that fills Chies with optimism for the future development of Cape Verde as a nation.

Economic growth is estimated to have reached around 4.3 percent during 2018, supported by double digit growth in upcoming industries such as tourism, a sector supported by ECCBC Cape Verde which is a key supplier to hotels and restaurants.

Equatorial Coca-Cola is a key player within this scenario, as the company represents two percent of the country’s GDP and indirectly employs over 1,100 people.

“The country has made significant progress over the last few decades in economic and social development,” Chies says, “so we have a promising future ahead.”

Asked about the objectives of ECCBC Cape Verde specifically, Chies responds: “We hope to have a more sustainable plant. I hope to develop our local talented team with improved professional skills as a result of all the process and educational training that we are investing in daily.”

Equatorial Coca-Cola has a long history of partnering with local communities to create long-term value for a shared future, having collaborated with over 320 local providers and sponsored more than 2,000 cultural events.

“We know the importance that our local communities have for our business. When they thrive, so do we,” Chies says, adding: “At Equatorial Coca-Cola, we are both proud of the work we are doing and aware that there is still much more work to do.

“I hope to see the local economy growing year by year, driven by the tourism market, developing maritime infrastructure, and the creation and implementation of other policies to protect the national market – all things that are already happening and that can help us make things better both socially and economically.”

The company has engaged in social projects that have impacted more than 50,000 citizens of Cape Verde within the last five years, something which Chies is proud of and determined to continue.

“Our objective is to be a good employer, a responsible company respectful with the environment, a provider of a quality range of products to the consumers and a profitable organisation to the shareholders,” he concludes.