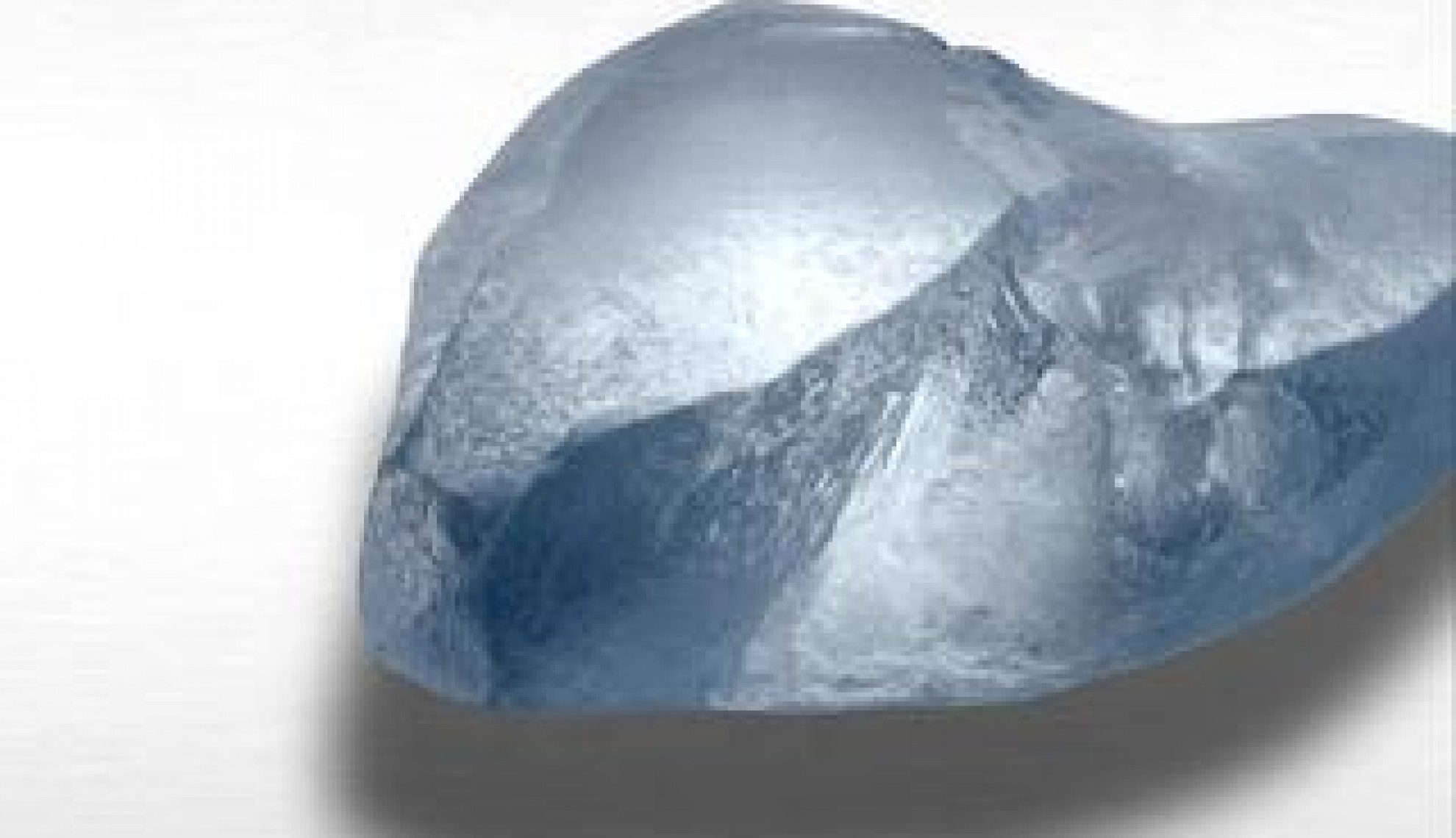 Diamond in the rough

Southern Africa-focused gem producer Lucara Diamond Corp has enjoyed a spectacularly good start to 2013 – its first special tender of large and exceptional diamonds, which consisted of 15 single stone lots, sold for revenues totalling $24 million, and confirmed the quality of diamonds mined from its flagship Karowe mine, in Botswana.

It’s done so well it has revised its outlook for 2013. “We are ecstatic with the results of the special tender and it confirms the quality of diamonds currently being produced from Karowe,” president and CEO William Lamb said at the time.

The highest value stone was a 239 carat diamond, which sold for $5.75 million, while four other diamonds sold for more than $2.5 million each.

“We’re pleased,” says Lamb, who recently spoke with Africa Outlook and carries around a replica of the huge diamond, “with the results of the special tender which was in addition to our regular tenders which have also gone well.

“When the mine phoned us to tell us that they had recovered at 239 carat diamond, we quickly started to put together a press release, only to be called a couple of days later with the news that the mine recovered two more large stones weighing 123 carats and 70 carats. Over the next six weeks, Karowe had produced 85 diamonds larger than 10.8 carats.

“Now, as we develop the resource further we are finding that there are ‘unknowns’ in the resource which we need to go back and validate. Of course we are also finding rare blue diamonds. It’s exciting.”

Karowe has been developed from kimberlite pipe AK6 and it has an interesting history having been discovered in 1969, but like many of the other small pipes prospected by De Beers, was considered unworthy of further attention at the time.

But De Beers hung on to it and reassessment started in 2003, spearheaded by African Diamonds who had entered the Boteti exploration and development JV with De Beers Exploration.

So when did Lucara enter the picture?

Karowe reached commercial production last July and sits in the Orapa-Letlhakane kimberlite district of central Botswana, a famous diamond producing region that is home to several operating mines – De Beer’s Orapa diamond mine being the most famous.

The kimerlite at Karowe consists of three lobes: North, Centre and South. The pipe is 4.2 hectares at surface and swells to seven hectares at a depth of 120 metres. And while the South lobe holds up to 70 percent of the kimberlite resource, Lucara has been focusing its mining efforts, through the second quarter of 2013 on the Centre lobe, which is the source of its large stones.

“Of course the big stone is the one that’s captured the headlines – the 239 carat stone that we sold recently,” says Lamb, who became CEO in 2010. “It is the largest gem-quality diamond recovered in more than 40 years of diamond mining in the Orapa kimberlite field. It almost exceeded the size of stone we can treat. We modified our plant to make sure we can recover these exceptionally large stones in the future.”

As Lamb previously explained, the massive stone was one of 85 other diamonds exceeding 10.8 carats that Lucara recovered in during its Q2 production cycle. “We had a fantastic start to 2013 with the recovery of these large diamonds resulting in our first large stone tender achieving revenues of over $24 million and the sale of our second blue stone for $1.6 million,” he says.

Following the success, Lucara hiked up its 2013 production forecast by five percent to 420,000 carats and its annual revenue estimate to $118 million from $90 million earlier.

“Our original forecast was for $90 million for the year so if you get a third of it done in the first quarter you are heading the right direction,” Lamb explains.

Karowe is projected to process 2.5 million tonnes in 2013.

It operating cash costs are expected to be in the order of $23 per tonne treated.

It has five more sales planned for the year. “That excludes the possibility of a second large stone tender,” adds Lamb.

Lucara is currently mining the South lobe before returning to the Centre lobe in August.

It also plans to access the deeper ore benches in the North lobe later this year after it finishes waste stripping.

“For us now it is important to fully understand the resource, as we mine through the Centre lobe and into the South lobe. With the South lobe constituting more than 70 percent of the reserve, we need to understand whether this lobe will also produce similar results to the centre lobe.” Lamb says. “If we can confirm that we have a large stone population in the South lobe as well then it is a significant game changer for us.”

While predicting rare diamonds is almost impossible, Lucara has started a resource update that will focus to get a better picture of Karowe’s potential.

“We have engaged an independent party who has started a review of the original exploration data, plus a much larger sample of diamonds which now contains these large stones to revalidate both the Centre and the South lobe resources.

“In August, mining at Karowe moves back into the area in the Centre lobe where all the previous large diamonds were recovered. The expectation is that we may recover sufficient large stones again to have a second large stone tender.”

Just why are large diamonds so valuable? “It comes down to the rarity of it. if you look at the 130 million carats of diamond that are produced a year, there is actually only one mine that produces large stones on a regular basis and that is the Letseng mine in Lesotho, which consistently produces the world’s largest gem quality diamonds. They will recover on average six stones larger than 100 carats a year. Many of these stones are bought for investment purpose, not as a piece of jewellery. There is always a market for large diamonds and if you go back and look at what happened during the financial crisis, there was still a demand. Yes prices dropped but they didn’t drop as dramatically as everything else. There will always be people with financial resources which they are looking to invest. Large diamonds have proved to be a very viable option,” says Lamb.

It’s an exciting future. “Where we are with the Karowe mine is that we did increase our forecast from $90 million to $118 million and the basic maths around that is that we had a $90 million forecast, we sold $25 million of large stones which was in addition to the regular tenders, which adds to $115 million and we had a few thousand carats left over from last year which we didn’t sell and were put into this year’s sales and that was about $3 million. That’s the quick maths. It doesn’t include the possibility of us having another large stone tender. Indications to date and the ongoing recovery of large stones appear positive in this respect.”

It is amazing to think Karowe has only been in production as of July 1, 2012. Just what were De Beers thinking selling up in 2009?

Lucara is junior diamond producer with an experienced board and management team and extensive diamond development and operations expertise. The company’s two key assets are the Karowe Mine in Botswana and the Mothae Project in Lesotho. The 100 percent-owned Karowe Mine is in production. Mothae has completed its trial mining programme and is undergoing a preliminary economic assessment. William Lamb is the firm’s president and CEO.