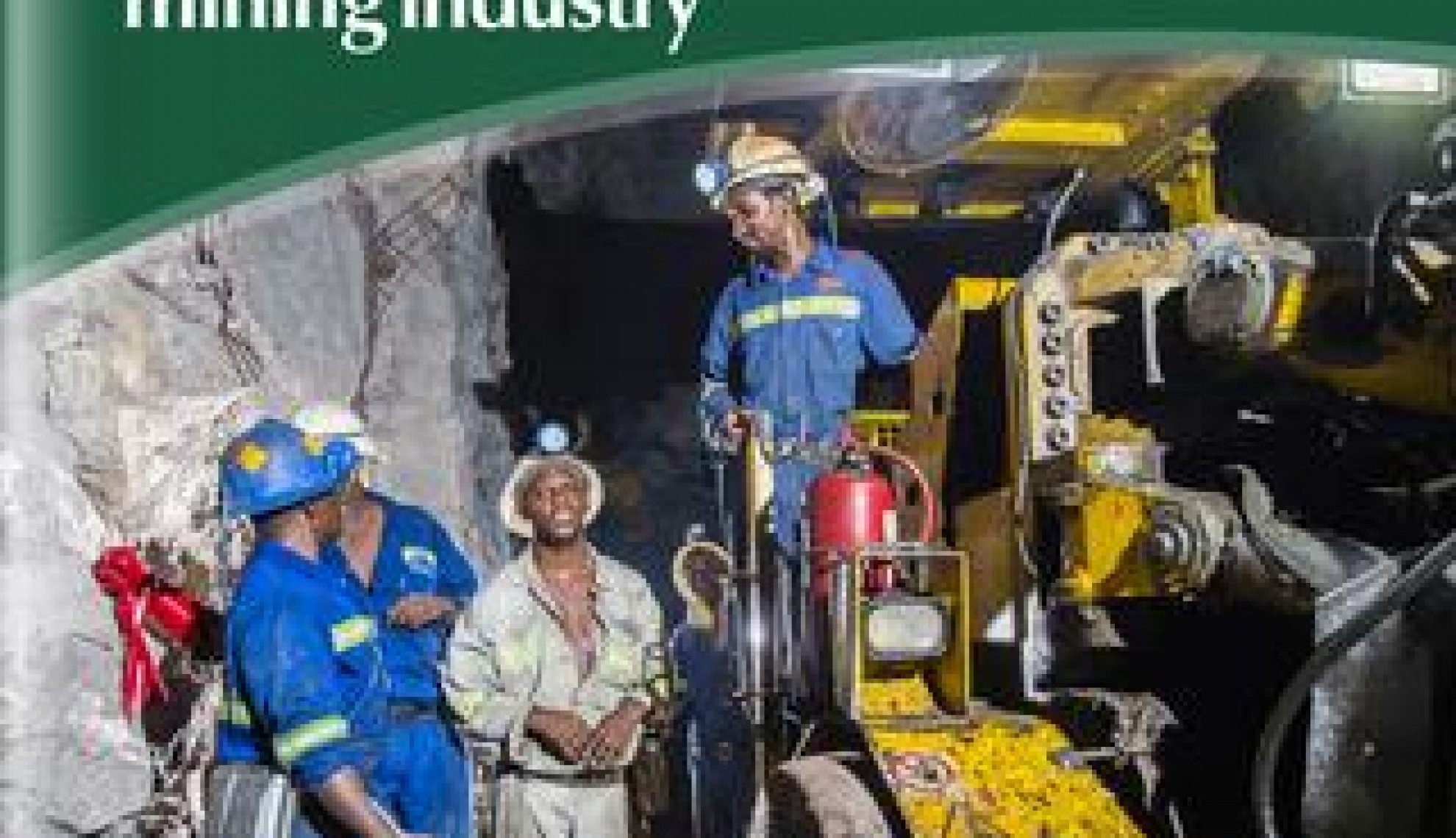 Metorex is proving its credentials across a number of assets in the DRC and Zambian copper belt to reaffirm its status as an established mid-tier mining Group with a concerted focus on long-term profitability.

Uniquely positioned in the Southern and Central African base metals mining industry as a pure copper and cobalt investment, the business in its current guise represents more than 40 years of evolution and, following an acquisition by Jinchuan Group International Resources Co Ltd in 2013, the Company has even more clout to add to its innovative and sustainable strategy.

The wider Group structure as it exists today instils Metorex as an arm of Jinchuan Group subsidiary, Jinchuan International (HK Listed), and while this has added a number of vital strings to the Company’s bow, it has simply complemented a philosophy and operational excellence that had long prior existed within the business.

“The Metorex vision is to grow a competitive and sustainable African-focused base metal mining Company and build a business development platform and operation base of Jinchuan based in Southern Africa,” the Company states. “To grow a Company that offer opportunity for the development of our employees and communities, delivering to shareholders’ expectations and contributing to the development of our world.”

This ethos emanates throughout the Company’s day-to-day missions also, incorporating considerations that apply to both its industrial works within the mines, and the wider impacts the business has on its people, the environment and the surrounding communities.

The Company notes: “The Metorex mission is to operate and optimise existing mines and assets; through new mine development, exploration and technical improvements, to realise preservation and appreciation of assets; to produce copper and cobalt products in line with quality specifications; to realise Company growth in order to maximise shareholder interests; to ensure harmonious relationships between employees, communities, government and society; and to create zero harm.”

Scanning the hierarchy and structure further down and you find the esteemed projects that have become so synonymous with Metorex’s capabilities over the years.

Comprising the Ruashi Mine, Kinsenda Mine,  Musonoi Project and Lubembe Exploration in the DRC – and the Chibuluma Mine and Chifupu Project in Zambia – Metorex is continuously proactive in acquiring lucrative assets while reviewing potential opportunities in the future, in sub-Saharan Africa.

“We are a group of senior executives who routinely evaluate and assess opportunities to expand our business,” Group Projects Manager, Vic Fitzmaurice explains in regards to Metorex’s project identification strategy. “Key projects at present include the re-opening and re-capitalisation of the Kinsenda Mine in the DRC, which will be in production in 2017.

“We are also developing the Musonoi project, a cobalt copper project in Kolwezi, DRC, which has passed the definitive feasibility study stage, and is being prepared for final optimisation and front end engineering design.

“Meanwhile, there is also the Ruashi III expansion project which will extend the mine-life of the Ruashi opencast mine in Lubumbashi, DRC.”

“Good operational management” is the key differentiator underpinning the success that Metorex has enjoyed across each of its projects over the decades according to Fitzmaurice; and this is certainly epitomised in pure scale terms when looking at its trademark mining operations.

“This mining area is located south of Chibuluma in Zambia. Mine production in Chibuluma began in 1955 and currently has a current equivalent annual production capacity of approximately 19,000 tonnes of Copper in the form of concentrate,” the Company details. “The mine currently extracts ore from an underground operation feeding an efficient well run concentrator.

“Chibuluma continues to be described as Zambia’s model mine.”

Metorex continues: “Ruashi is a copper and cobalt mine in Katanga province, located within the Democratic Republic of Congo. This mine is made up of three open pits, along with a modern solvent extraction electro-winning processing plant. Ruashi Mining started production way back in 1911. In 2005, this Company was registered as a DRC Company, being developed in two phases.”

“The Musonoi Project is also located in the DRC, on the outskirts of the mining town of Kolwezi,” Metorex explains. “The project area contains at least two known mineralised zones, one of which (known as Dilala East) was discovered as a blind, high grade copper and cobalt deposit in 2007.

“Following the initial discovery of the high grade mineralised zone, the property has been extensively drilled and has a declared mineral resource of 31.7 million tons at a grade of 2.8 percent copper and 0.9 percent cobalt. The mineral resource has been defined to a depth of 600 metre below surface and indications are that the ore body is open to approximately 1,000 metres below surface.”

The mines around Kolwezi have produced more than 400,000 tonnes of copper per annum in recent years, capitalising on local skills, favourable logistical conditions, and specialist consultants deriving from areas of environmental impacts and on-site technical skills.

Metorex notes: “The Kinsenda Project currently ranks as one of the world’s highest grade copper deposits with declared mineral resources of 20.7 million tonnes at a grade of 5.6 percent copper. Kinsenda is situated within the Democratic Republic of Congo, near the border town of Kasumbalesa.”

The mine has seen a rapid rise to prominence and productivity following the completion of the bankable feasibility study in 2012; immediately followed by development in 2013 and mining operations incepting in late 2015.

Using cut and fill mining methods, the easy access to infrastructure in the area has made it one of Metorex’s key projects and a subsequent exploration of further volumes of inferred mineral resources to the east of the main area is set to add another eight years onto the mine’s overall lifecycle.

A 2012 scoping study – compounded by a 2014 feasibility study – kick-started this mine’s development and the potential to mine mixed sulphide and oxide ores to a mineral resource of 93 million tonnes at a grade of 1.9 percent copper. Using open pit methods, the copper-based minerals will be recovered via flotation.

“In the second step of processing, the concentrate will be subjected to ferric and acid leaching to produce an electrolytic solution from which copper cathodes will be produced by electrowinning methods.” The Company says.

These renowned projects represent more than 40 years of development for Metorex, but it was 2011 where the modern-day Company began to take shape following the announcement of Jinchuan Group’s intention to acquire the business.

And since this deal’s completion two years later, the Company has gone from strength to strength, not only in identifying the most lucrative possible mining projects, but in bringing unrivalled innovations, efficiencies and expertise to the fore.

“Improving throughputs, removing operational bottlenecks, and cost reduction initiatives across our operations and head office have been the basis of our continuous improvement strategy over the years, and this also includes areas of supply chain management where there continues to be a focus on central procurement and Sino-based engineering and suppliers to reduce costs,” Fitzmaurice explains.

Arguably its most refined, honed and concerted focus revolves around its human capital mission though, with the acknowledgement of its people and localised expertise prominent throughout.

The Company continues: “Human Capital bases its foundation on the Metorex strategy which defines the vision and values of the organisation which is enabled through the strategic anchors defined for the organisation.

“Our focus is to align the entire human capital function with the greater Metorex strategy and add value to our business.

“We are process champions who are aligned to the business, proactively involved, lead by example and act with integrity.”

A commitment to effective leadership, employee development, mutual respect, human dignity, and motivational empowerment compounds its overall human capital ethos, and is also backed up by a sincere sense of accountability within Metorex.

Ultimately, this culminates in a more streamlined long-term perspective which the Company pinpoints as one of its core values contributing to its present and future success.

“We seek to grow our Company and our people, focusing on stability, sustainability and value,” it says. “We do everything to the best of our ability, acting in a professional way, leading by example and continuously improving ourselves and the Company.

“Through effective communication and collaboration we will work together as one team to achieve our shared vision and goals.”

The last – but by no means least – value revolves around ‘zero harm’, entailing concerns towards workers, the environment, the community and health & safety aspects; once again emphasising Metorex’s drive to not only be profitable and productive, but to do so in a way that will remain sustainable long into the future.

“Cost curve management, productivity improvements, and initiatives to remain profitable remain imperative,” Fitzmaurice concludes. “And this contributes to our differentiator which is our long-term vision and our belief in the copper and cobalt market fundamentals, backed up by strong shareholder support.