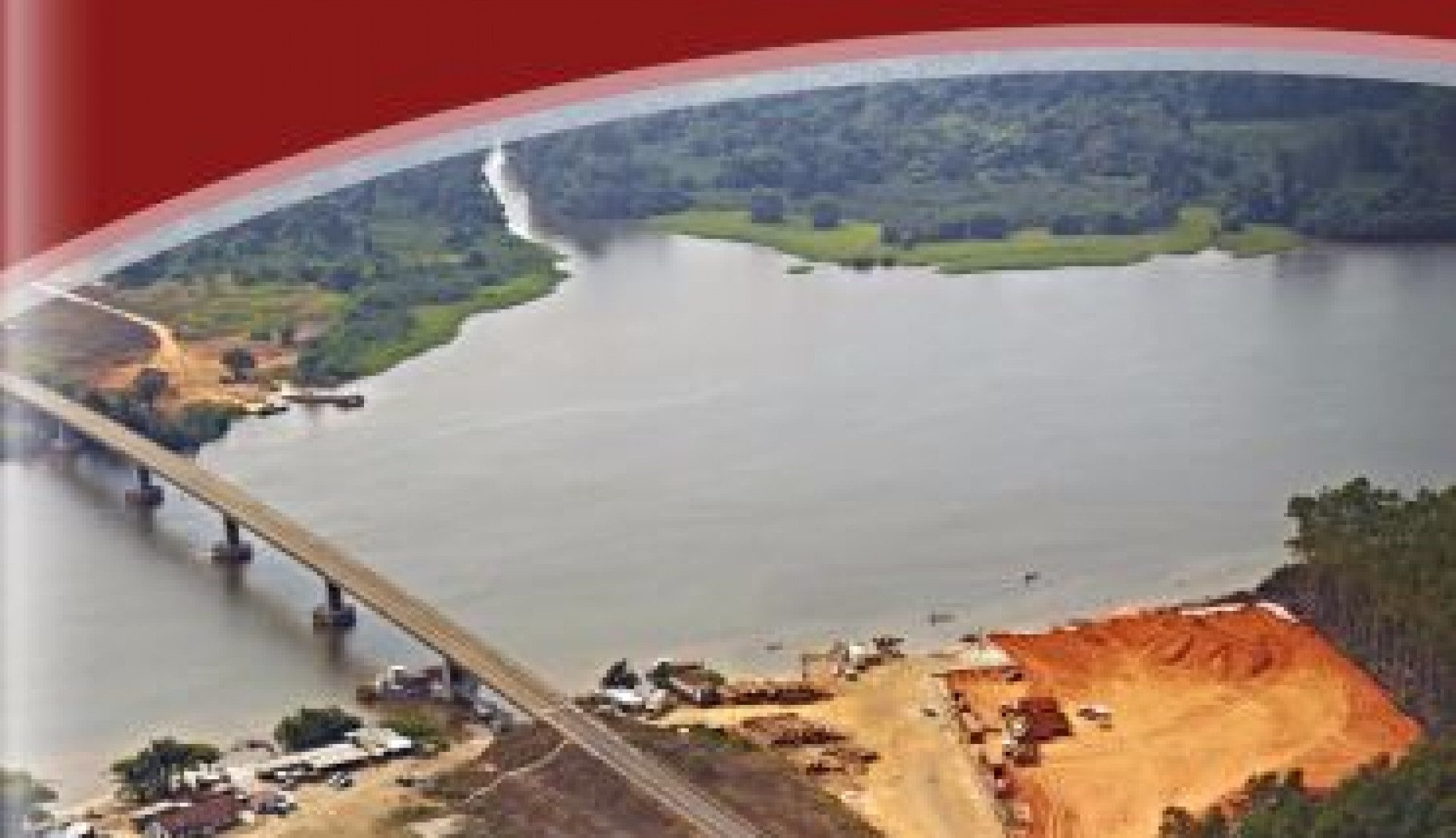 From the Ground Up

The industry leader formerly known as Elemental Minerals Ltd may have had a change of name, but the newly branded Kore Potash Limited and its new management team carries the same skills, ambitions and potential to build a reputation for delivery after completing one of the largest junior mining fund raises of the year.

To have raised $45m from SQM and SGRF (the Sovereign Wealth Fund of Oman) is seen as a major coup against difficult industry conditions.

As an advanced stage mineral exploration and development Company, Kore’s primary asset remains the 97 percent-owned Sintoukola Potash Permit (Kola) in the Republic of Congo, and has leveraged the uniquely strong fundamentals of this ongoing project to pave the way to successful development in the country where it enjoys strong support.

“Kore has three projects at varying development stages,” affirms Managing Director, Sean Bennett, “Kola being our most advanced project as a large sylvinite deposit with a measured and indicated mineral resource of 573Mt at an average grade of 32.8 percent KCl; and is planned to be mined by conventional underground methods.

“A mining licence and ESIA approval for Kola was granted in August, 2013 and it has the potential to be one of the lowest opex potash mines in the world due to high-grade ore, shallow depth to the potash seams, and proximity to the coast.”

A definitive feasibility study is scheduled for early 2017 and is set to take a year to complete; all the while, its complementing Dougou deposit – 15 kilometres southwest of Kola – is set to achieve similar levels of success as a very large carnallitite deposit with a measured and indicated mineral resource of 1.1 billion tonnes, grading 20.6 percent KCI.

“A scoping study on Dougou has been completed and indicates that a low capital, low operating cost, quick to production carnallite solution mine could be established at Dougou,” Bennett continues. “In addition, we will test the Dougou Extension Prospect (previously known as Yangala), for which an exploration target was declared in 2015, of between 235 to 470 Mt sylvinite ore grading at 55-60 percent KCl, on the back of two holes drilled in 2012 and 2014 and an extensive seismic database.

“We will drill eight drill holes during the first two quarters of 2017; if the drilling gives positive results, Dougou Extension will have the potential to become the highest grade potash deposit in the world. Obviously we are really excited but we remain cautious given it is still early stage, there is no guarantee that an exploration target will become a deposit; the drilling will tell. We expect to receive a full mining licence for the whole Dougou area, including both the Dougou deposit and the Dougou Extension Prospect, in the first half of 2017.”

As a listed Company, and with its new strategic shareholders, Kore benefits from a diverse range of shareholders to help facilitate its aggressive list of tasks across its various projects, allowing the works carried out and the completed exploration to speak for themselves.

“Very simply we have a unique competitive advantage that remains irrespective of the cycle and that is the fact that we will  be one of the lowest opex potash producers in the world,” Bennett states. “So, whatever happens in the market we will deliver more value than anyone else.  We are also one of the few African projects that doesn’t have infrastructure issues which makes us unique in an African context.

“We are close to the coast and so can use an overland conveyer belt to transport runs of mine ore. We will also have our own jetty and so don’t need to use the port and there is a power plant down the road that has significant excess capacity.  We also have a highly supportive Government because this project is material in the context of the country and the region.  Having done business throughout Africa I have been very impressed by the commerciality and pro-activeness of the ROC government.”

These differentiators epitomise the status of Kore as it is today, but the Elemental Minerals of years gone by serves as recognition of the journey undertaken and the overriding reasons for its success.

Once again, this harks back to its flagship Kola project situated in the Congo basin, which was initially kick-started off the back of rigorous analysis of historic exploration data from the oil industry.

Project Director, Werner Swanepoel recalls: “In 2010, we located two old (1960s) drill holes and twinned them which confirmed the validity of the original sylvinite grades and thicknesses. Off the back of this we had confidence to launch an extensive drill campaign which resulted in the definition of the maiden Kola resource in 2011 and updated in 2012. At Dougou, analysis of regional seismic and drill data, followed by a limited drill campaign successfully developed the Dougou resource.”

“At this stage the Kore Potash geology team  have developed a very comprehensive understanding of the geological setting of the area, Bennett details. “In 2012, at Dougou Extension which was called Yangala, we drilled a hole to test a setting which appeared similar to Kola in seismic data intersected a horizontal seam 4.5 metres thick grading 57.7 percent KCl; which makes it a candidate for the highest grading potash seam globally.The second hole drilled 1.4 kilometres to the west hit 4.2 metres of the same grade and at about the same depth. We will be adding eight more holes in Q1 and Q2, 2017.

“Early on, the targets were identified as high potential opportunities due to the geological potential of the projects, favourable location close to the coastline, and with the dedicated infrastructure a viable opportunity, further differentiators were then unearthed in the form of its shallow nature of the deposit and low energy costs.”

“We will initiate the definitive feasibility study with a French consortium of companies in the beginning of 2017,” Swanepoel continues. “This study will last for 14 months after which we will receive an EPC offer from this consortium three months thereafter. Having the construction company involved in this phase provides opportunity to apply relevant construction experience form the design stage which could not only result in realistic and lower capital cost, but also ongoing constructability assessment resulting in a de-risked construction strategy.

“Over the next few months we will also complete the eight-hole drill campaign at Dougou extension, and given a successful confirmation of the exploration target, we will embark on further fieldwork including seismic surveys and a follow-up drill campaign.”

Producing the lowest cost potash in the world

Kore is currently focused on advancing the Kola project through to the EPC offer; an indictment of the Company’s philosophy of only attributing success to a project once it is in full production and delivering on the full potential of value created for its shareholders.

“As a team, we are immensely fortunate in that we have a world-class asset that has the ability to become one of the lowest operating cost potash mines in the world,” Bennett affirms. “We have spent a lot of money in terms of the pre-feasibility study demonstrating that. As a management team we are now focused on delivering the definitive feasibility study and optimising the mine design so that we reduce the potential capital expenditure bill and the operational expenditure costs even further.”

Leveraging the experience of the French consortium to achieve this goal, the ultimate strategy comprises a holistic element taking into account all stages between the present day and production in order to work on ways to de-risk and fast-track the process as much as possible.

“The project strategy is to focus on capital and operating cost reduction, taking benefit of the many differentiators that the project has, and applying well known technologies in a creative way to improve competitiveness,” Swanepoel explains.

Bennett adds: “We also work with professional, globally recognised consultants and contractors and strive to engage them in such a way that we work as one team, with common objectives. We require our management team and all consultants to live our values of teamwork, respect, integrity and creativity.

“All the while, it is imperative, especially in emerging countries, that we add value to the community in as many ways as possible.  We need to build the trust of the local communities and the Government and prove that we are responsible partners.”

As is the case across most commodities in the sector of late, potash has suffered from weak prices over recent months, leading to Kore forecasting 2022 as a realistic starting date for production. In the meantime, the Company will do what it always has done, in building the strongest projects possible conducive to thriving under any impending future conditions.

“In a perfect world one wants to build in weak markets and produce in strong markets,” Bennett concludes. “The market will always go up and down and there will be good times and bad times but by having one of the lowest potential opex costs we will always be better off than anyone else in the industry.

“We have the right asset, the right backers, the right construction partners and I therefore have no doubt that we will become a force to be reckoned with in the Potash industry over the next few years.  Watch this space!”