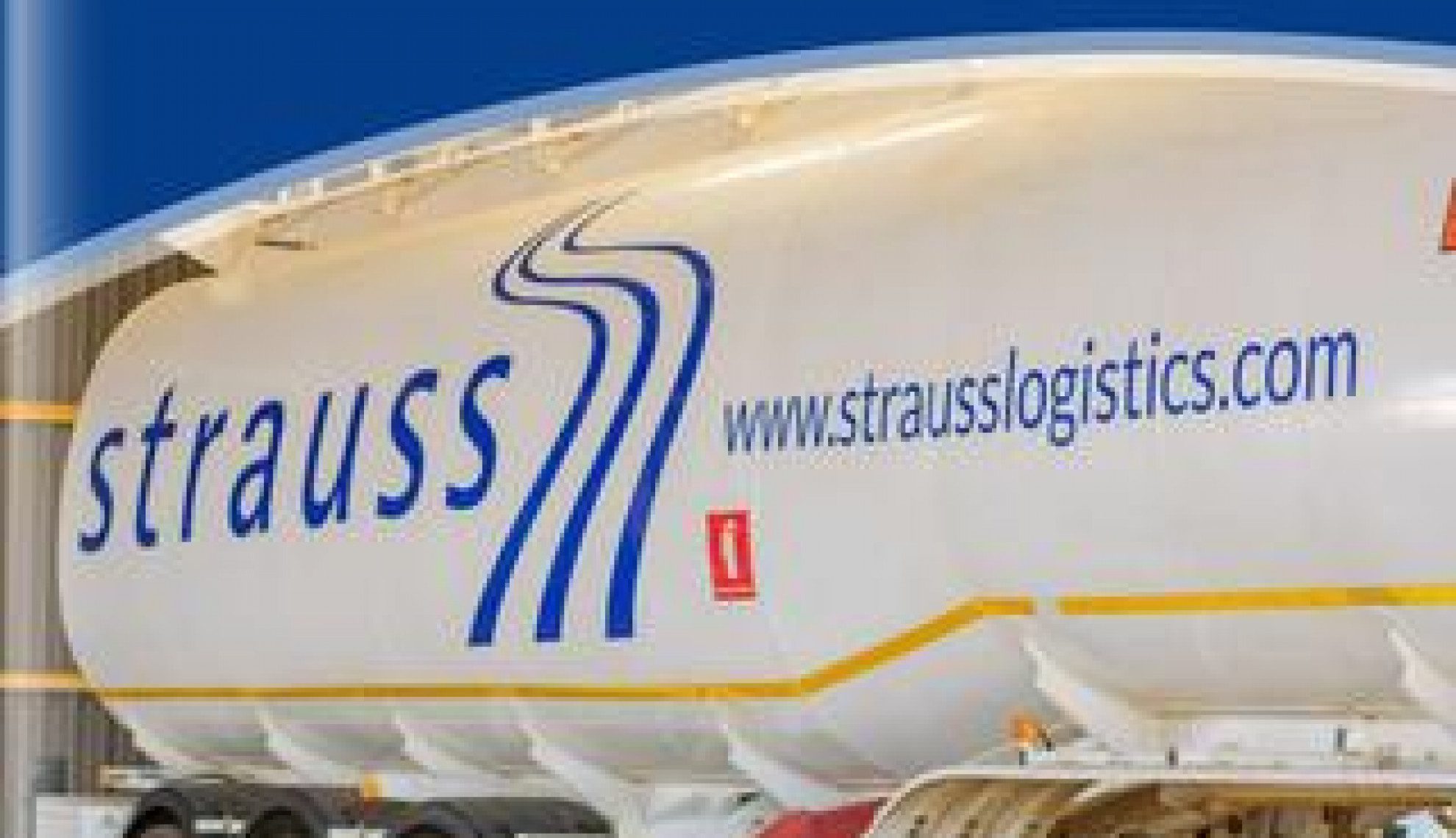 Strauss Logistics has witnessed rapid progression since its formation in 2011; the Company as we know it today was borne out of a trading arm selling fuel to the region using third party transporters. Due to the unreliable nature of using someone else for transport, the directors decided to form a logistics company.

The Company has since evolved exponentially from these humble beginnings with just 18 tankers in August, 2011, to a fleet size of 108 tankers today.

In Strauss Logistics’ first year, the Company mainly began by transporting fuel from Mozambique into Zimbabwe; alongside this it also ran the distribution in Zimbabwe for Zuva Petroleum. It wasn’t until the end of 2012 that the Company decided to increase its fleet after receiving a mass influx of enquiries for cross-border work.

“We bought another 20 tankers in 2012 to undertake the cross-border work. One of the things we made sure to do was study the costing out of South Africa for the tankers and we found that they weren’t really cost effective,” explains Darren Da Silva, Chief Operating Officer at Strauss Logistics.

Following on from this discovery, the Company took its research out to China to inspect the tanker manufacturers’ there and decided to partner with, Hong Tai Special Truck Company (HTSTC); a tanker manufacturer already achieving high standards within the industry. Strauss initiated the new phase by making one tanker in China, which it then brought back to Africa to use as a model for all other tankers to be used by the Company.

Da Silva continues: “After bringing it back to Africa, Strauss Logistics used the tanker and bought another five which it then went on to upgrade with the specifications to make it suitable for the African road. Five years later we’ve bought more than 100 tankers from them and are proud to be our Chinese partner’s Southern Africa agent.”

The partnership remains very close between Strauss Logistics and HTSTC to this day; the Chinese making a yearly trip to Zimbabwe to ensure the tankers are built to the correct specifications and the relationship is still running smoothly.

From 2012 to the current date, Strauss logistics has increased its fleet by 108 tankers and an additional 24 tankers for Zuva Petroleum.

Strauss Logistics consistently observes trends in order to stay on top of the market, and it is through this constant monitoring of the fuel industry that the Company realised the need to branch out into rail operations in order to cater for all its clients. Strauss Logistics subsequently began to transport via rail from Matola to the Southern half of Zimbabwe, making the country’s fuel costs far cheaper.

The decision to expand into rail services gave customers a cost-effective alternative to road transport in locations where the road network would create a higher cost; the Company’s rail advantage lends itself to cross-border works which now account for 98 percent of Strauss’s footprint.

To facilitate this expansion, the Company has paid equally stringent attention to its own internal efficiencies; culminating in certifications that continue to catch the eye of prospective customers.

“In April, 2016 we achieved ISO 14001 (Environmental Management) and OHSAS 18001 (Occupational Health & Safety) certification, which was a big step for us as it gives all our stakeholders the confidence that we work to a set of internationally recognised standards,” Da Silva comments. “This certification boosted our efficiencies and has given us access to new markets.”

“Internationally when people see ISO 14001 and OHSAS 18001 accreditation on our website, they understand that we deliver high standards which helps get our message across to people that can’t physically see our work.”

Due to the Company’s accelerated expansion over the past few years, it has received a lot of interest from companies seeking Strauss Logistics out to take on bulk work. Despite the Company specialising in liquid petroleum products, companies have still been enquiring as to whether Strauss would consider entering this domain.

“People have been asking us if we can do bulk, so it’s certainly something we are looking into to see if it would be worthwhile. On the rail side of things we have already started working with bulk, in particular products such as chrome and granite, and it’s working well in this department so we are definitely looking into applying it to our road services,” adds Da Silva.

Motivate from the top down

A large measure of the success that Strauss enjoys is down to the people working within it, staying true to the belief that a solid reputation is down to trust and serving clients properly; as well as maintaining a good rapport with service providers and everyone along the value chain of the Company.

Da Silva elaborates: “You can imagine we load in Beira, Matola, Durban, Johannesburg and deliver all over Southern Africa, so it’s vitally important that you know everyone along the chain to make it successful. Like it says on our website, it’s our people; it’s our relationships with clients as well as service providers. Anyone can go and buy 100 trucks, but what makes the difference is how you actually interact with people. I think what it comes down to is, do your clients actually trust you or not?”

For a relatively young Company, Strauss Logistics has developed quite a large team; therefore, management has quite the task of handling all those people and maintaining a trustworthy relationship on a day to-day basis. For Da Silva, this is the element which places the business ahead of the competition.

“We are continuously training our staff with the latest technologies as keeping up with the times is a big thing at Strauss Logistics. Our tracking system is second to none and we can tell where any one vehicle is at any time; our customers have access to our global tracking on the internet and can see exactly where their product is in transit at any time. With the set-up of these new technologies we are not only providing a better service but also becoming more efficient.”

The combination of technology and staff training which takes place at Strauss makes a huge difference to the service the Company is providing. Whether the service providers or customers are overseas or local, Strauss ensures it will have had a one-to-one interaction with them at some stage.

“We have found that the best motivation in a Company will come from the board of directors downwards, therefore at Strauss we motivate from the top down; if your directors don’t motivate the executive team and in turn the heads of department and their staff then there is no hope for success and we believe that is why we stand out as an employer of choice in Zimbabwe,” Da Silva elaborates.

Looking forward, despite the economic troubles which are currently plaguing Zimbabwe, the Company has high hopes of doubling its fleet in the next three to five years.

“There is quite a lot of economic difficulty at the moment, but thankfully we are working through it and are coming out in good shape; I’m hoping that in the next five years the world commodities will have stabilised,” explains Da Silva.

As Strauss provides the mines with fuel, if the mines productivity is down then the Company is affected; however, things are looking positive for the business moving forward with commodities’ prices seeing a slow revival.

In terms of Strauss’s rail portfolio, the Company is equally attentive to certain trends, and therefore realistic about the downturn in rail network infrastructure; consequently the Company has invested with the National Railways of Zimbabwe as part of the Private Public Partnership (PPP) scheme.

Da Silva concludes: “Strauss has refurbished 100 railway wagons as part of the PPP scheme, which gives us the capacity to move our customers’ products. In the future we’d like to do the same PPP scheme with the National Railways of Zimbabwe in regards to locomotives. If you came back in two years time, I’d like to say to you that we would have five or six locomotives running across the region.

“Going into the future, we would most definitely like to expand into other countries in Central Africa and open depots in the different capitals throughout the region; for now having our sights set on Southern Africa is a good starting point.”