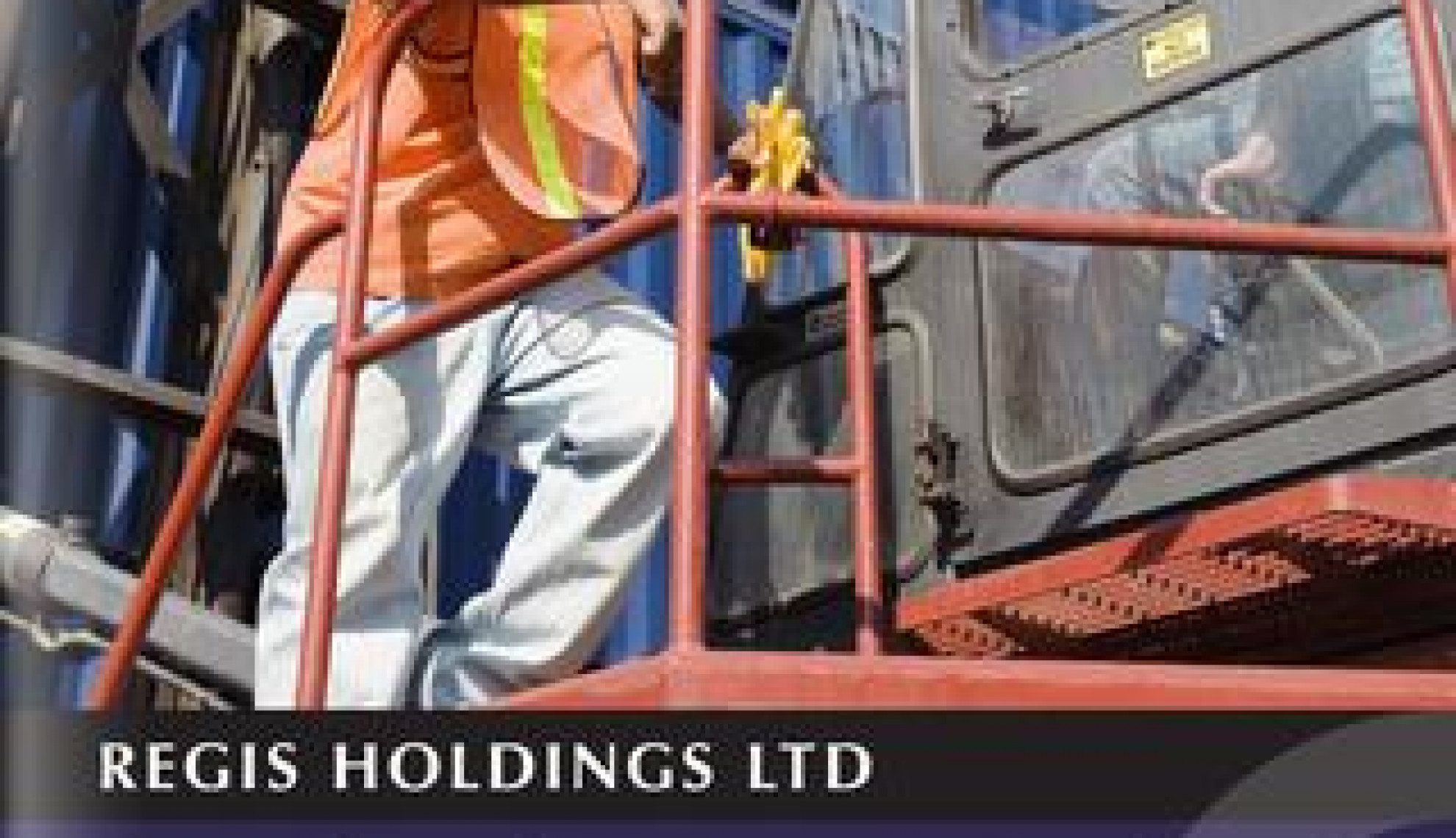 Making waves across Africa and Middle East’s oil & gas sector has become somewhat of a status quo for Regis Holdings Ltd, a Company who has expanded from its South African base over the past 22 years to become a diverse international operator capable of customising its offering to suit the full range of industry needs.

Comprising seven divisions within its armoury, the business that initially made a name for itself in the logistics and procurement domain in Southern Africa, now boasts a whole host of services within its portfolio; including procurement management, capital equipment, personnel solutions, steel structures, integrated logistics services, drillstem testing, and consulting engineering services.

Alone, they ensure reliability and quality difficult to replicate, but together, Regis Holdings ensures it has flexibility almost unparalleled in the wider region.

“The Regis Holdings Group of Companies provides procurement, logistics, equipment and recruitment services to national and international oil companies, oilfield services companies, drilling companies, product and equipment manufacturers and other oilfield-related contractors,” the Company explains. “We have a highly experienced team of supply chain professionals equipped with all the skills required to service the oil & gas industry across our areas of operations.

“Adherence to our founding principles of trust, reliability and performance has made us a key partner for each of our customers.”

Committed to providing the most comprehensive range of services to said clients, this vision is achieved on a backdrop of global influence – a reach which spreads as far as Australia – and a profound understanding of the cultural diversity that exists across these markets.

The Company continues:  “At Regis, our philosophy is to exceed our clients’ expectations without compromising safety and quality. To ensure that we deliver that quality of services we pursue a programme of continuous investment in the ongoing development of our skilled personnel and management systems.

“We believe that this underlines our commitment to our clients and ensures that Regis will continue to set the standard for service excellence in its field well into the future.”

Consequential migrations into new sectors or service lines therefore come about quickly and without too much overhaul and subsequently have a dramatic knock-on effect on the Company’s attractiveness as a contractor of choice.

One recent example of this saw DST International awarded a drillstem testing contract in Mozambique where the Company’s clout in the wider oil & gas industry is perfectly illustrated.

“As part of Sasol’s continued expansion into natural gas and the regional energy landscape, it is appraising the area adjacent to the Panda and Temane gas fields in Mozambique.

“This contract has a duration of 18 months with the possibility of an extension for a further two years.”

In providing drillstem testing services to numerous onshore drilling operations around the world, DST International is able to utilise purpose built self-contained workshops and equipment stores available for deployment at short notice to even the most remote of sites; emphasising a market stronghold that can only derive from having a parent Group with the largest inventory of such facilities on the planet.

Such planetary saturation includes offices or satellite hubs in South Africa, Mozambique, Angola, Mauritius, Australia, the US and the UK, and is the culmination of efforts over the past 22 years that not only include diversifying and expanding, but doing so in a way that reacts to the most pressing industry trends in an often volatile environment.

This ethos continues to this day with the Company as committed as ever to fulfilling the current market needs and throwing itself headfirst into any initiatives and projects that will compound its philosophy to this end.

The recent sponsoring of the solar-powered Tesla on its European Grand Tour epitomised the most recent of these dedications to the significant renewable energy trend in June, 2016.

“Regis has demonstrated its commitment to renewable energy by sponsoring a car for ESCP Europe’s Europe Electrical Vehicle Tour,” the press release stated. “A team from ESCP took three Teslas around Europe from one ESCP Campus to the next to illustrate the capabilities of the Tesla battery technology and promote sustainable transportation, energy efficiency and green technologies.

“The London campus of ESCP Europe Business School hosted the launch of the road trip on 12 March, 2016 and the event included the first energy conference in a four-part series taking place in London, Berlin, Turin, and Paris.

“Regis also sponsored the ESCP conferences in these cities and is proud to have been an integral part of this ‘drive’ for renewable technology.”

Moving forward, Regis Holdings will continue to bridge the gap between existing industry expertise and the foresight towards innovative sector trends to retain its position at the top of the global market. And from an African perspective, its recent discussions with some of the world’s richest and most renowned players in oil & gas promises a similarly positive influence on its home continent for years to come as well.