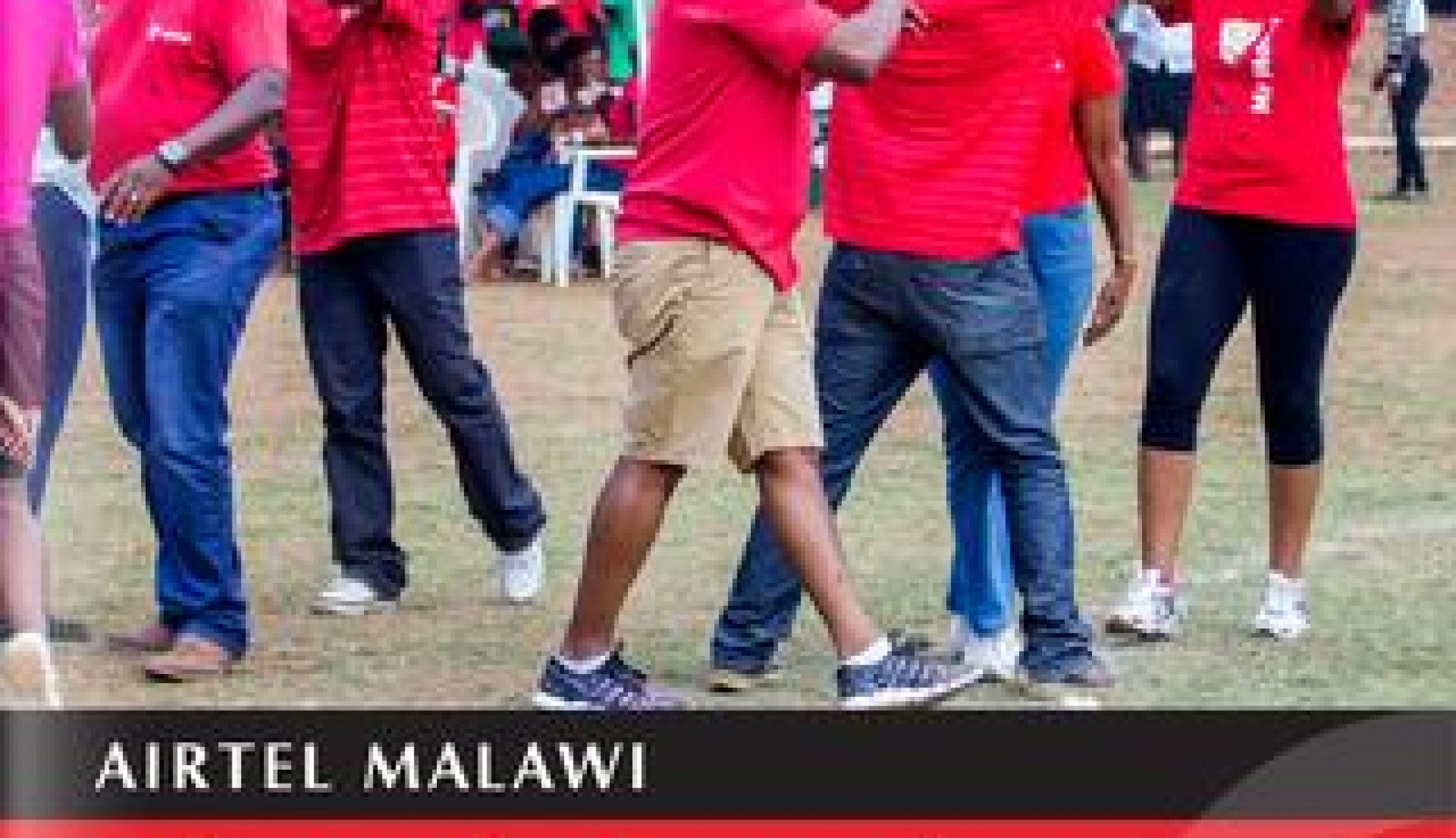 Telecoms Right on Your Doorstep

The appointment of Charles Kamoto as Airtel Malawi’s new Managing Director at the beginning of March, 2016 marked the start of a new chapter for a Company that is part of the largest mobile network in the world. Having previously established a presence as an internet provider under the guidance of Heiko Schlittke, as part of a strategy involving the continuous expansion of Airtel Malawi’s distribution network to increase market reach across rural areas, Kamoto is now tasked with driving the Company’s strategic leadership in the country; further integrating the Airtel brand within the local community via a targeted focus on the Airtel philosophies of accessibility, affordability and unmatched quality.

The second Malawian to hold the position of Managing Director, Kamoto promises to fulfil the above strategy by leveraging his extensive background in telecoms, having previously worked for TNM, where he held the position of Chief Commercial Officer prior to joining Airtel.

The legacy left by Heiko has already seen Airtel Malawi begin to expand its 3G footprint to such an extent that the network increased its data penetration rate by almost 100 percent during his leadership. Moreover, other key drivers for growth – including Airtel Money, new customer service shops, an ongoing partnership with Freebasics by Facebook and the launch of Premier Plus – have combined to form the framework for Airtel Malawi’s investments in 2016.

In a bid to ensure speedy and stable access to its data services, Airtel Malawi has intensified its 3G site upgrades with the strategic replacement of some of its 556 2G spots, starting with upgrades in urban areas as part of a significant wave of network investment to increase its current 3G transmitting spots across the country. Throughout the course of Summer, 2015, the Company carried out upgrades at nine locations across major cities, including in the capital, Lilongwe.

“Access to speedy and reliable internet is a must,” said Airtel Malawi’s Public Relations Officer, Edith Tsilizani during the unveiling. “We will keep on carrying out these upgrades to make sure that subscribers enjoy the best internet experience in Malawi.”

“The people of Dedza, specifically Kabwazi and the surrounding areas, can now experience amazing mobile multimedia applications which they couldn’t enjoy previously.”

The conversion of Kabazi into a 3G zone in July, 2015 took the total number of 3G zones to more than 200 sites since the start of the exercise in 2014.

Since proudly declaring that Airtel Money has registered more than one million users in Malawi, the financial services platform has also been boosted with the addition of a cross-border transfer service, representing yet another strategic pillar and driver of growth for the Company. Launched in August, 2015, Airtel Money customers are now able to leverage the Group-wide financial inclusion service and distribution network to transfer cash, facilitate remittances and affordably conduct regional trade.

“We are offering convenient and affordable cross-border transactions through Airtel Money’s robust and ubiquitous network. As a Company, we are committed to deepening financial inclusion, creating cashless ecosystems and regional integration in Africa and beyond,” said Kamoto during the announcement.

To further demonstrate its unwavering commitment to its customers, Airtel Malawi launched the Airtel Premier Plus service in the last quarter of 2015; a specially tailored service and benefits programme for customers who have been equally committed to the brand.

Kamoto explained during the launch: “We initially segmented some customers to Airtel Premier, but over time we also discovered that even for the Airtel Premier category, customers’ needs still varied significantly. So we have regrouped some from Airtel Premier to a segment called Airtel Premier Plus.”

Launched almost four years ago by the wider Bharti Aritel Group, Airtel Premier Plus is now available across the majority of Airtel’s African operations, providing customers with next-level customised services and benefits in recognition of their value to the business; including discounts with various partners in the hospitality and lifestyle industries.

“We have listened to our customers; answering the demand for a personal, fast and efficient one-stop experience…Our mission is to provide the best-in-class customer experience,” he added.

Convenience on your doorstep

Often making the headlines for reaching out to rural communities on both corporate and CSR fronts, Airtel Malawi is known locally as a significant contributor to the wellbeing of the country’s people beyond the remit of telecommunications. In November last year, the Company tied together the launch of a new Airtel Express Shop in Luchenza, with a donation of medical equipment worth K2.6 million to the local Chonde Health Centre. The Company also opened a number of additional Express shops in 2015 across Kasungu, Karonga, Mzuzu, Mangochi and Zomba.

February, 2016 marked the opening of the Company’s 18th express shop in Chikwawa, indicative of Kamoto’s continued emphasis on getting closer to the customer and addressing the challenges that individual customers are facing.

He explained: “Airtel is now taking its services right to the customer’s doorstep and at the same time, this is cementing our position as the country’s leading mobile network provider. The development will help ease the burden our customers were experiencing when faced with problems that required them to travel to Blantyre to seek customer care services that could not be solved over the phone.

“I want people to use this service centre to the maximum because, apart from helping them with different problems, customers will have a great opportunity to experience our excellent products and services…”

Kamoto has promised that Airtel will continue to provide more exciting services to its 3.5 million customers in Malawi, and one of the ways it plans to do this is by strategically segmenting customers to better understand and meet customer needs over time.

“The goal is to establish ourselves as the number one data and smartphone network in Malawi by offering more flexible bundles, affordable packages, products and services than anyone else. This includes a partnership with Freebasics by Facebook, an initiative which we rolled out in Malawi last year to provide free access to basic services such as health, employment and local information, without the data charge,” the Company summarised.