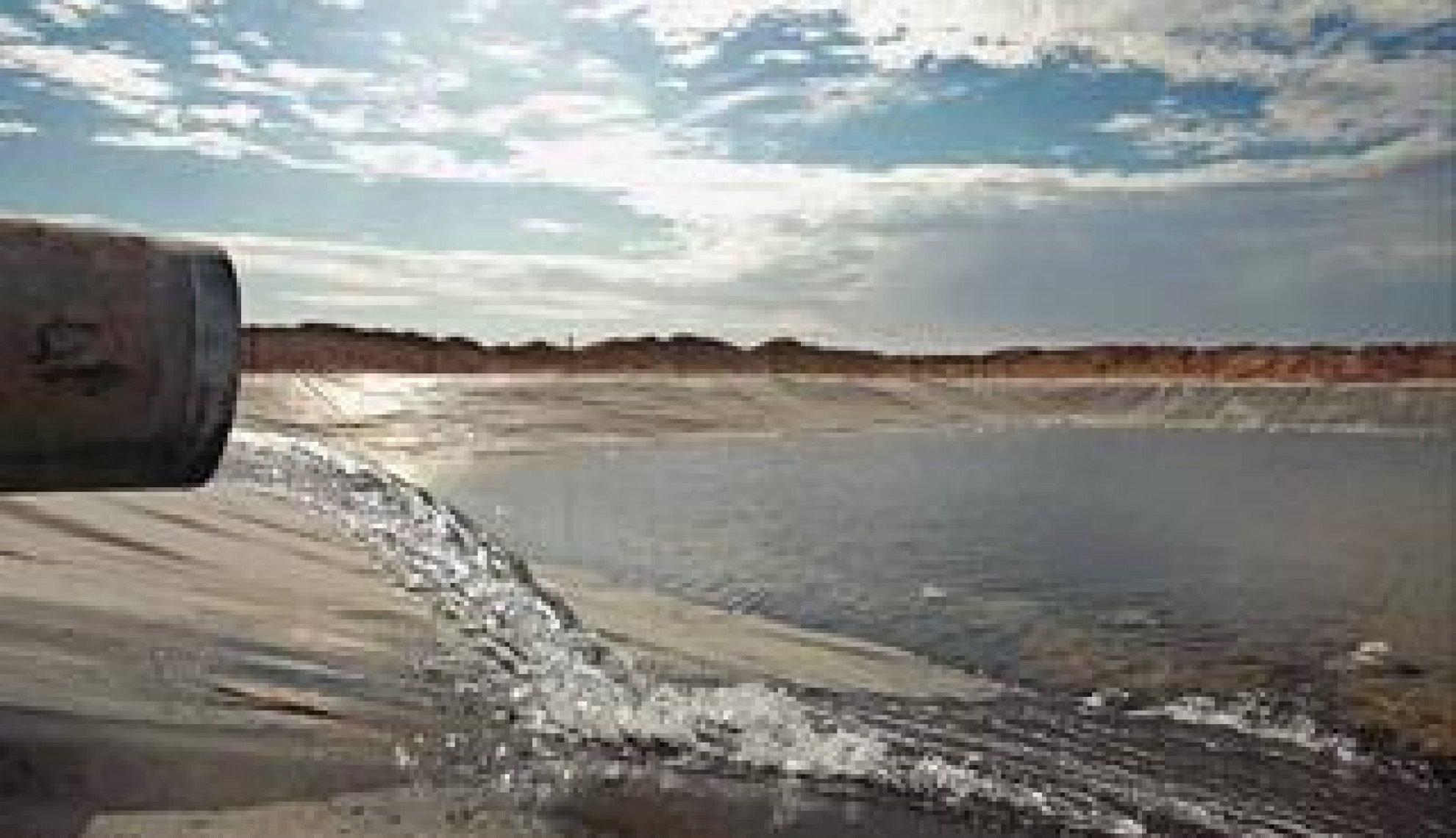 Swakop Uranium has started developing the $2.5 billion Husab mine near Swakopmund, the third-largest known primary uranium deposit on the planet.

Emerging Namibia based miner Swakop Uranium’s Husab mine has the potential to transform the nation. It will create thousands of jobs, increase export earnings and taxes and will elevate Namibia past Niger, Australia and Canada to the second rung on the world ladder of uranium producers.

The project is ambitious and daring. It’ll see the creation of the world’s third-largest uranium mine, with first production in the third quarter of 2015. It will reach 15 million pounds per annum of nameplate production by 2017.

“The project officially kicked off on 18 April but we actually broke ground in October last year,” says Grant Marais, Swakop Uranium’s Director of Communication and Stakeholder Involvement. “Several contracts have been awarded, bulk earthworks have commenced, construction on the temporary road to the Husab mine is well under way, Nampower has approved guaranteed power supply for the mine and the first water from the temporary pipeline was delivered from the reservoir near Rossing into a newly built pond on the Husab mine.”

The project’s 8km uranium mineralisation has been confirmed as the highest-grade granite-hosted uranium deposit in Namibia and one of the world’s most significant discoveries in decades.

“Swakop Uranium was established in 2006 to explore, evaluate, develop and produce uranium oxide as a source of fuel for low cost, environmentally-friendly, nuclear power,” says Marais. “Husab will be one of the largest and most efficient uranium mines in the world.”

The Husab area was targeted as an exploration area of interest in 2006-07. Swakop Uranium has since completed more than 800km of combined reverse-circulation and diamond core drilling. Based on the definitive feasibility study, Husab is being developed as a low-risk, conventional, large-scale load-and- haul open pit mine, feeding ore to a conventional agitated acid leach process plant.

“The Husab mine should take roughly three years to build, which means that commissioning activities will start in the third quarter of 2015,” says Marais, who is confident the project will be completed on time. “At the end May we will be 25 percent complete, so it is progressing well. It is all systems go really.”

Several high value contracts have already been awarded to the likes of Basil Read Namibia, who are building the 22.5km permanent access road that connects the mine to the main road.

“At the moment we have issued about 52 contracts of which 40 percent in value has gone to Namibian registered companies.”

While Swakop Uranium had toyed with partnering on the project – and even considered joining forces with the well-established Rossing uranium mine in terms of production – it eventually decided to go it alone.

“After looking at the numbers we decided to go solo and we will operate independently. While initially it is a lot of capital it is much better long-term,” says Marais.

Some 2,000 permanent jobs will be created and an additional 6,000 temporary construction jobs. This will increase the number of people employed in Namibia’s mining sector by 17 percent.

“It will create many, many jobs,” says Marais. “They’ll be direct and indirect. When it comes to indirect jobs, it’ll be thousands more. Employment is one of the most critical things in Namibia right now, with unemployment sitting at 27 percent. Job creation is a key government driver.

“Besides helping to make Namibia the second largest uranium producer in the world, Husab is set to boost the country’s exports by 20 percent and will boost GDP by five percent per annum,” says Marais. “And with that ‘second-largest’ tag, it is important to explain what that actually means. Being second, in itself, isn’t important for us. What is important is the volume of uranium that we are pushing out and then earning foreign exchange on. That is critical for me.”

He’s obviously proud to be involved in such a project.

“I am, and we firmly believe that our reputation will not only be measured on our exploration, mining activities and contribution to the economy, but will be affected by the manner in which we conduct ourselves through our interaction with the broader community and the environment. We’ve invested accordingly and have committed to several social and empowerment initiatives.”

Until April last year, Swakop Uranium was a 100 percent subsidiary of Extract Resources, an Australian company listed on the Australian, Canadian and Namibian stock exchanges. Then however Taurus Minerals Limited of Hong Kong – owned by China General Nuclear Power Company Uranium Resources and the China-Africa Development Fund – became the new owners, following a successful takeover and subsequent delisting of Extract Resources. And in November, the Namibian state-owned mining company, Epangelo, and Swakop Uranium finalised an agreement for a 10 percent stake in Swakop Uranium in a deal valued at N$1,882 billion.

“The Husab Project has been brought to this stage of development in record time by a dedicated and professional management team, engineers and staff,” says Marais. “I think we have communicated a few times that more than N$1 billion has already been spent to get the project to its current state and a further N$20 billion will be required to develop the mine alone.

“Local government and the general population constantly question why foreigners own the majority of the mines. The reality is that mining is extremely capital intensive and ordinary people and government are unable to expend the huge sums needed to start up mines and carry massive exploration costs. So, potentially, you end up with a situation where the ore deposits won’t be mined because there is limited capital or expertise to invest in mining. This is the role that foreigners play. By investing in mining the mines will obviously need to be able to create wealth locally as well so that local people will benefit and participate – and not just through royalties and taxes etc. Some shareholding has to be held by local government, whilst the controlling interest must be held by the commercial partner risking the capital. Governments should be left to creating an enabling environment as the commercial aspects of building and running a mine are best left to big business. A relationship where government work alongside investors and share in capital growth through some shareholding with limited risk I regard as the best commercial mix possible. In addition public and staff shareholding should be encouraged to create a sense of ownership in the utilisation of resources.

I regard this as a great result.

“We must be careful that the return on investment for the investors is still attractive after shareholding has been diluted due to local participation, otherwise they will seek alternative more profitable destinations.” An important aspect for Swakop Uranium is to secure supply for the Chinese nuclear industry.

“I believe that the Chinese, through their investments in mines will be able to supply sufficient uranium to feed their reactors on an ongoing basis,” says Marais. “What I believe is that, through the use of nuclear power and through mining uranium in Namibia, we are ultimately reducing CO2 emissions and are saving an energy hungry world from global warming. There are a lot of people that are antinuclear, which club I am not a member of. I firmly believe nuclear power must form an integral part of the energy mix and supply clean base load power for all countries worldwide. If the Chinese get to 10 percent nuclear mix (which is a far off target) it would do a tremendous amount for the planet in terms of CO2 emissions.”

The engineering, procurement and construction management (EPCM) contract for Husab has been awarded to the Husab Project Joint Venture, comprising the international engineering and project management companies AMEC, and Tenova Bateman (sub-Saharan Africa). AMEC will act as lead on all Husab Project Joint Venture activities and will hold specific responsibility for project management and engineering, with responsibilities for procurement and construction management to be shared with the joint venture partner.