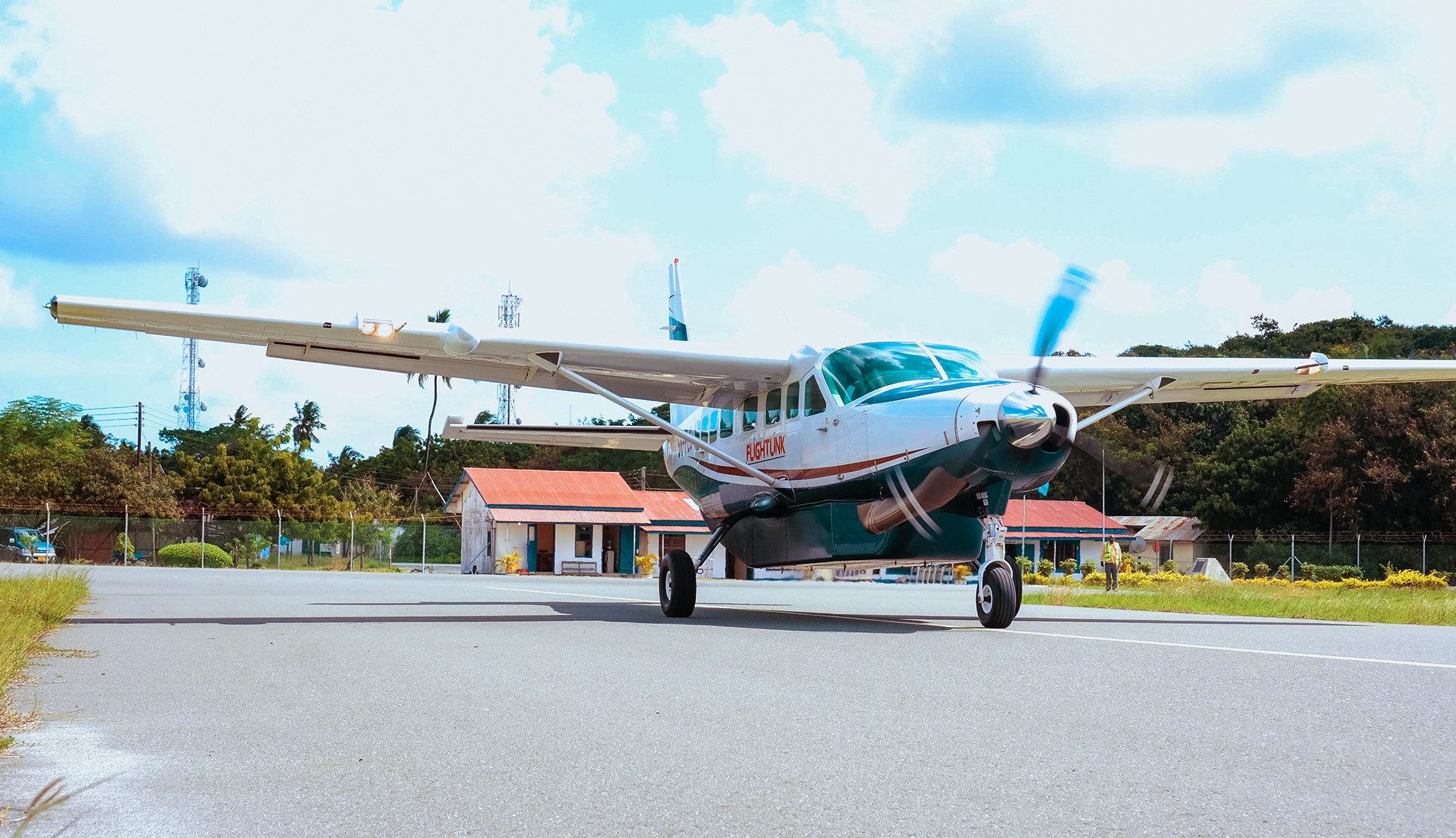 16 years in the making, Flightlink’s story continues to gather momentum. Munawer Dhirani, the man behind the company’s rapid rise, tells all

“I was a good cricketer during my teens, and played at both the domestic and international level, but I always wanted to become a pilot.

“This vision never faltered throughout my schooling but owning an aviation company was certainly not on the agenda. I was from a humble working-class family – the idea of owning any business was just a fantasy, it was impossible!”

Owed to hard work and pure determination, Munawer Dhirani, now Captain and Managing Director of Flightlink, is living out his childhood dream.

Starting out selling hardware and accessories for computers in a small yet successful self-run business, his entrepreneurial career began on quite a different foot. Leveraging the funds gained from this, however, Dhirani was able to begin attending a local flying club at Dar es Salaam Airport, Tanzania in 1998 and later flying school in San Diego California.

“I funded my own training using the money I had accumulated and completed my commercial pilot license,” he adds.

Upon returning to Tanzania, Dhirani then launched Flightlink Ltd in 2003, in the same year purchasing his first aircraft – a five-seat twin-engine Piper Seneca II from South Africa.

“Of course, I didn’t have the money to fund my purchase in full. I acquired a soft personal loan from two of my friends and they became silent partners in the business until 2006 when I returned the funds that I had loaned from them.”

The next five years saw undeterred growth for the company, with Dhirani and his limited team flying a number of new planes that were acquired between 2006 and 2010, the organisation eventually being granted the rights to begin scheduled flights at the turn of the decade.

Upholding an industry
Having reached a number of milestones, including becoming the first airliner to launch scheduled flights to Mbeya, a city in southwest Tanzania, Flightlink began to pursue a strategy rethink in 2014.

The result was a greater emphasis on the use of larger twin engine aircraft, enabling the firm to meet a substantially greater level of consumer demand that has been stemming from Tanzania’s ever-growing tourism industry in recent years.

“Flightlink has since developed its own niche, tapping mostly into flying safari tourism,” reveals Dhirani. “Unlike other domestic airlines, we operate mostly from small airports and provide travel to many of Tanzania’s most remote destinations.”

Singlehandedly diversifying the country’s travel offerings to these ends, the company was named the leading mid-sized Tanzanian company in 2016/17, later recognised as the nation’s runner-up Best Domestic Airline.

“These awards encouraged us to work harder and achieve our goal of operating 30-50 seat turbo prop aircraft as part of our network of scheduled flights,” Dhirani continues.

This ambition is heavily reflected in the company’s current five-year plan, a major strategic vision that the firm is currently pursuing in order to better serve its customers. Many changes have come as a result, the company having expanded its fleet to incorporate newer, safer, more comfortable, more efficient aircraft.

Additionally, Flightlink has also embarked on a training programme geared towards providing a way of entry into the Tanzanian industry for high performing students who have finished their basic aviation certification courses. Simply put, the goal of this programme is to help tackle the problem of a lack of qualified aviation personnel across the country.

“Skills shortages have been the biggest hindrance to the development of aviation in general in Tanzania,” reveals Dhirani. “Our country has a very limited number of aviation schools or colleges, and those that do exist charge exorbitant fees. The result has seen most students seeking training abroad and funding their education themselves.

“That is why we are running this initiative – to change the backwards status quo.”

A relatively new scheme, so far one engineer and two pilot students have benefitted from Flightlink’s training, all three now set to be fully qualified by Q3 2019. Further, the organisation also contributes financially to the Tanzania Civil Aviation Training Fund Programme each year that supports indigenous Tanzanian students in acquiring pilot and engineering licences.

“We do a lot of social and humanitarian work. We sponsor flights for eye camps, flying doctors to the rural areas where they operate and give free spectacles to the poor,” adds Dhirani. “Community upliftment is not something that we brush over.”

Navigating new landscapes
16 years on since it first began, Flightlink’s story continues to gain momentum by the day.

Having stemmed from a grassroots background and remained humble throughout its rise, the company has undoubtedly furthered the transportation industry of Tanzania, enabling it to reach new heights.

Building on this, it is now looking to operate more frequent flights, not only across its existing, established routes, but equally to some of the country’s better-known business destinations.

“By the year’s end we also want to start four-times weekly flights into Mombasa, Kenya – what has been a long-term aspiration of the company,” states Dhirani, highlighting his plans for what would be Flightlink’s first international flight from its general aviation hub in Dar es Salaam.

In addition, the aviation specialist is looking to hire and train more engineers in the aim of launching an internally managed maintenance facility to carry out periodic repairs rather than subcontracting to companies in Kenya, an ambition that would significantly reduce its costs.

Combining these aims with the growth of the market and Flightlink’s future certainly looks bright.

Dhirani concludes: “Aviation and tourism in Tanzania go hand in hand. It’s a vast country, and tourists are increasingly requiring aircrafts, an element that has seen our sector steadily growing at between seven to 10 percent annually.

“There are lots of opportunities and we are optimistic that with our solid plans and development of our interns, the sector will pick up and become even more profitable.”