Unveiling Eswatini as a nexus of trade and investment in pursuit of diversification on the global commerce landscape.

Contents
INTRODUCTIONINTERVIEW: ESWATINI INVESTMENT & TRADE PROMOTION AUTHORITY (EIPA)Can you talk me through the origins of EIPA, how it came about, and its initial vision?Since inception, how has EIPA developed and progressed in terms of its key objectives and the messages it tries to get across?  What do you find most exciting about supporting the economy of Eswatini?  On the flip side, what are its biggest challenges?  Could you outline the strategy behind EIPA’s mandate in investment and trade promotion?  Have you got any projects in the pipeline you wish to highlight?  How do you see the EIPA developing over the next five years?  VIEW THE ESWATINI INVESTMENT0 & TRADE PROMOTION AUTHORITY (EIPA) BROCHURE

The Kingdom of Eswatini is officially open for business.

A competitive investment destination for Southern Africa and an effective gateway to the rest of the continent, this landlocked country boasts a highly developed infrastructure with a stable network of road and rail, and healthy trade agreements including the Southern African Development Community (SADC), African Continental Free Trade Area (AfCFTA) and the African Growth and Opportunity Act (AGOA).

In addition to this enabling framework, the Kingdom is blessed with a highly educated labour force and a reliable supply of electricity and raw materials, needed as the basic support to keep businesses going. In terms of finance, the Common Monetary Area (CMA) is instrumental in maintaining a favourable rate between the Swati Lilangeni and the South African Rand.

Alongside Botswana, Lesotho, Namibia, and South Africa, the Kingdom forms part of the Southern African Customs Union, allowing the free movement of goods and services throughout the area. As a result, the country’s primary trading partner is South Africa.

Nevertheless, Eswatini is dedicated to diversifying its network of trade, seeking greater opportunities across Europe and the UK in particular.

As an export-oriented economy, over the past few decades, economic growth in Eswatini has been championed by foreign direct investment (FDI) in mining, agribusiness, tourism and manufacturing.

With agriculture a mainstay of the national economy, Eswatini also seeks to become more competitive in value-added manufacturing and processing by offering incentive packages to investors. This represents one of the greatest FDI opportunities, alongside agribusiness, energy, mining and tourism/hospitality.

Today, recovery is on the agenda, as Eswatini seeks to reinforce its economy after weathering the brunt of the COVID-19 pandemic. In order to re-establish a conducive and enabling environment for business, there arises the need for a branch of communication between local enterprises – whether large corporations or SMEs – and the national players that have a major impact on this, including the insurance industry, logistics services, and regulators.

A close working relationship with the national government is also essential to implement legal policies and investment strategies, including the Post COVID-19 Economic Recovery Plan.

Despite a challenging investment climate due to limited funding, the country perseveres in its promotion of Eswatini as a hotbed for trade and opportunities for investors, forging a hopeful future as Africa’s new promise.

As ‘Africa’s New Promise’, the Eswatini Investment and Trade Promotion Authority (EIPA) is committed to making the Kingdom a leading destination for trade and investment. We speak with CEO Sibani Mngomezulu for an overview of the parastatal organisation today

Established as a government-led initiative, the Eswatini Investment Promotion Authority, formerly known as SIPA, was founded in 1998. Since that time, the organisation has operated as an official body with the mandate of promoting trade and investment for the Kingdom of Eswatini. CEO at EIPA, Mr. Sibani Mngomezulu, tells us more.

Can you talk me through the origins of EIPA, how it came about, and its initial vision?

Sibani Mngomezulu, Chief Executive Officer (SM): His Majesty the King had a vision that a separate agency from government be created whose primary focus would be to promote investment into the Kingdom, increase industrialisation, and in so doing create employment for Emaswati. He commissioned one of his advisors, who happened to be former Deputy Prime Minister, Dr Sishayi Nxumalo, to get this important initiative off the ground.

The Eswatini Investment Promotion Authority was established through the Swaziland Investment Promotion Act of 1998 with the mandate to attract, encourage, facilitate and promote local and foreign investment in Eswatini. The authority also promotes domestic and export trade, and initiates, co-ordinates and facilitates the implementation of government policies and strategies on investment and trade. The additional mandate of trade promotion was only taken up in 2014 after Cabinet agreed on the cross-cutting nature of the investment and trade promotion.

The transfer of the trade promotion mandate directs this strategy to include export development and promotion to complement investment promotion. This calls for the reorientation of EIPA towards domestic trade promotion, business linkages and their coordination in encouraging re-investments.

Since inception, how has EIPA developed and progressed in terms of its key objectives and the messages it tries to get across?

SM: The role of what was then SIPA (predecessor to EIPA) in the early years was critical to rejuvenate, boost and re-industrialise the economy following the entrance of the large neighbouring economy of South Africa in 1994, which saw some investors relocate to that country. Investors in grain and sugar milling, textiles and mobile telecommunication moved to the Kingdom and successfully commenced their businesses, and they continue operating today.

EIPA has delivered on a number of investment and trade deals that have contributed to its economic growth mandate. We have secured markets worth billions of dollars across the globe, mainly in the US and Europe where a number of Eswatini companies are exporting their products. In the last five years, we have supported over 150 national companies that have entered into export markets and attracted investment worth over $300 million into Eswatini. This has created over 15,000 local jobs for Emaswati in that period.

What do you find most exciting about supporting the economy of Eswatini?

SM: What we find most exciting about the position of EIPA is the central role provided by the government to a trade and investment promotion agency to spur economic growth that results in employment. With the advent of COVID-19, our responsibilities have expanded as we are one of the stakeholders with regards to economic recovery and growth. Several strategic initiatives designed to resuscitate the economy place reliance on EIPA as an organisation to deliver on the stipulated strategic objectives.

On the flip side, what are its biggest challenges?

SM: Limited funding constrains the organisation from fulfilling some of the bolder initiatives in our strategic plan. Currently EIPA is fully funded from the fiscus which has competing priorities at this time, such as healthcare, education, economic recovery and the reconstruction of infrastructure. The political, economic and social environments have seen decline in 2021 from the traditional stability for which the Kingdom is known. This has stemmed the gains we have made in recent years and does not bode well for the investment climate in the short-term. We remain optimistic for a return to the stability for which we are known and a continued trajectory of increased trade and investment.

Could you outline the strategy behind EIPA’s mandate in investment and trade promotion?

SM: We have a central role in contributing to the Kingdom of Eswatini becoming a leading trade and investment destination on the continent. That is the overarching vision that must be realised in terms of our strategy as the institution continues to contribute towards the country’s vision of attaining first world status. To achieve this, EIPA aims to be the focal point of all trade and investment engagements regarding the Kingdom of Eswatini. This will be done through improved stakeholder management, brand awareness, excellence in disseminating information, provision of services, and general activities of the institution.

EIPA comprehends the significant role bestowed on the organisation in the economic development of the Kingdom of Eswatini, with this role being emphasised in the Eswatini National Development Plan 2018-2023 as well as the Ministry of Commerce, Industry and Trade Strategic Plan 2019 – 2023. This includes the objective to;

3. ​Maximise the value of existing exports.

Have you got any projects in the pipeline you wish to highlight?

• ​There is a solar energy storage project which will be investing E1.5 billion, employing 100 people.

• ​There is another project for the manufacturing of household products with an investment of E400 million, employing about 800 people.

• ​A pharmaceutical manufacturing company will be investing about E39 million, creating 100 jobs.

• ​A company to manufacture various types of biscuits, crackers, and baked snacks with an investment value of E55 million and creating about 150 jobs at full capacity.

How do you see the EIPA developing over the next five years?

SM: The overarching vision of EIPA is to contribute to Eswatini becoming the leading trade and investment destination in Africa. We believe this is achievable as investors and businesses become aware of the Kingdom and the benefits of investing in and conducting business from Eswatini. 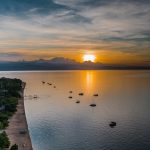 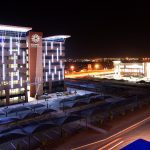 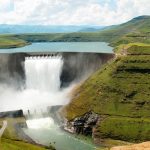