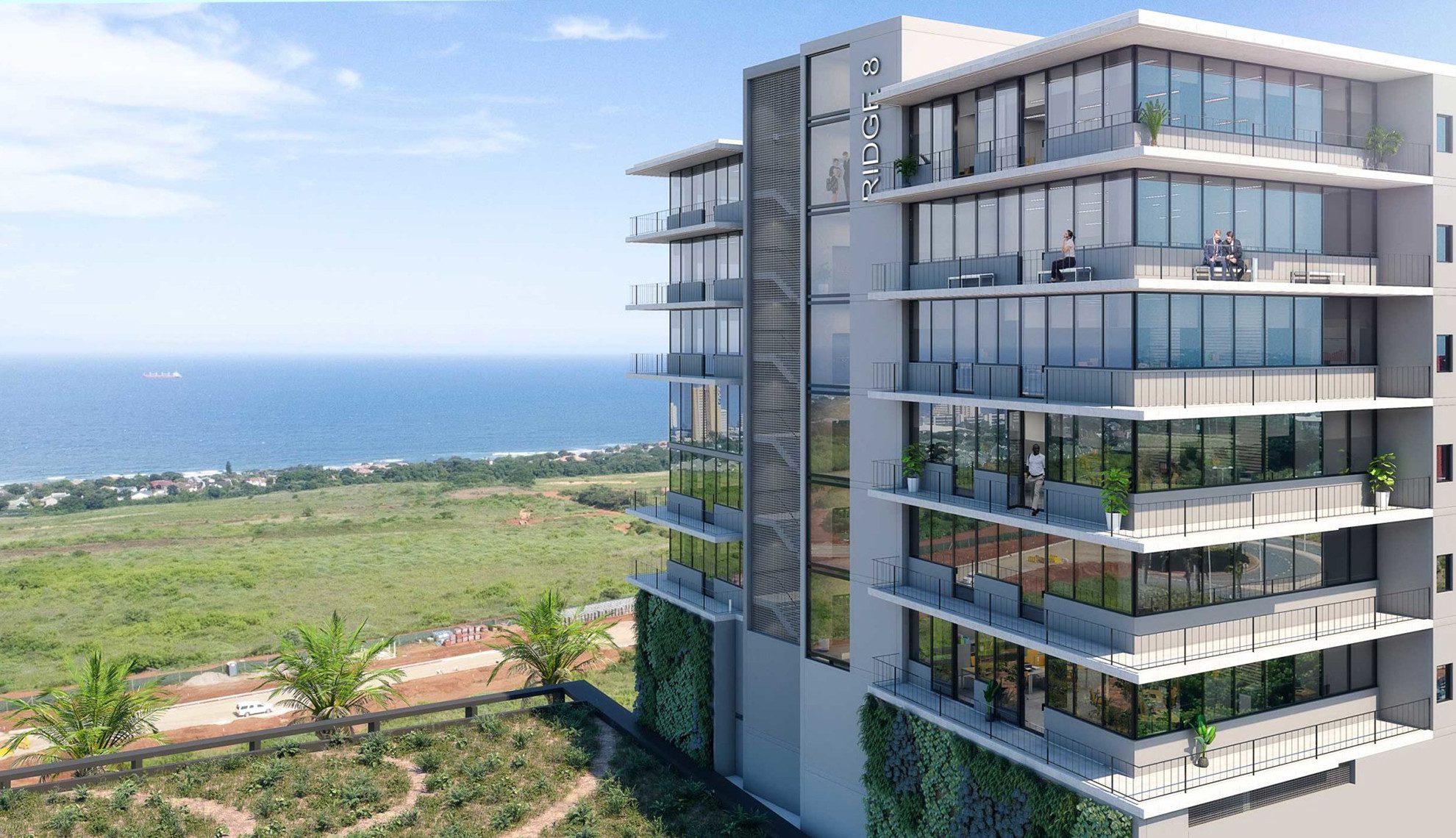 FWJK is disrupting the property development market with a revitalised approach to real estate that’s been dubbed co-development at cost. David Williams-Jones, the man behind the method, tells all

The explosion of discount days continues to take the world by storm.

According to analytics from Adobe, consumers spent a record $7.4 billion in the 24-hour window comprising 2019’s edition of Black Friday. Hop across to China, and Single’s Day –the local equivalent led by ecommerce giant Alibaba – raked in an astronomical $38.4 billion on November 11, its first $1 billion in sales having been netted in just 68 seconds.

Indeed, the success of these commercialised holidays is entirely reliant upon one simple fact of human nature – people are always on the look out for the next best deal.

“There’s a human psyche that one just cannot resist a bargain,” states David Williams-Jones, the CEO of successful South African property development enterprise FWJK Developments that has created its own concept based on this premise and applied it to the real estate market.

How does this work? The answer lies in its disruptive methodology, coined co-development at cost, which provides investors with the opportunity to invest in property at its actual cost price, allowing them to enjoy the same profit margins enjoyed by property developers.

“Think about buying a brand-new car,” the Chief Exec explains. “Often, you’d have to purchase it from a plush showroom, where 25 percent premiums are added to pay for the salesmen’s wages, commission, and the other costs associated with running such an outlet.

“Now imagine that you could buy directly from the factory and save on paying these premiums by stripping away these additional costs. This is essentially what we’re offering in the property segment.”

The idea, unbeknown to Williams-Jones at the time, stemmed back to 2003 when he was approached by an engineering company to share the ownership of an office block development.

“The site which this company was working with was double the size that they needed, so I agreed to take up the other half, sold it off for a profit, and didn’t think anything more of it until they approached me again in 2008,” he explains.

“In this second instance, the engineering company needed to double its footprint, so I called a property broker to find out whether there was any office space selling off plan in the specific precinct which they were looking at, to which the broker answered in the affirmative. I asked how much it was, and they said it was virtually sold out at a price of R20,500 ($1,400) per square metre.

“As a quantity surveyor, I knew that the actual cost was about R14,000 ($958), including the land. And that’s when the lightbulb moment occurred – I knew I was onto something.”

Since then, FWJK has built its business on collaboration, working with investors and end users alike to acquire property at cost, removing the 30 or 40 percent premiums that benefit profit-driven developers in the process.

And, mapping out the company’s history, it seems this stroke of genius struck at just the right time.

“We introduced co-development at cost in the wake of the 2008 economic recession that had a profound impact on the property market,” explains the CEO. “We were faced with adversity – I was reluctantly forced to consider retrenching seven or eight staff.

“But thanks to this new methodology, we were able to turn adversity into advantage.”

The firm has since grown from a staffing base of 12 or 13 quantity surveyors to become a one-stop development shop comprising 175 professionals, its cost methodology having taken to the market like a wildfire.

“We’ve completed roughly R9 billion ($620 million) in developments over the past decade or so – something to be particularly proud of given our South African context,” Williams-Jones declares.

Interestingly, FWJK remains the only property developer of its kind.

The viability and popularity of co-development at cost is assured, evidenced by the explosive growth of the business over the past decade. However, the firm’s offering remains unique owed to the enormous amount of capital required to operate in such a manner.

The CEO explains: “For co-development at cost to work, you have to purchase land upfront which brings with it an element of risk. Most professionals are risk adverse and prefer to live hand to mouth, but we are fortunate to be working with a strong capital base.”

Indeed, the best evidence of the company’s successful method and impeccable track record comes from its esteemed portfolio of projects.

Take its Ridge office block series, for example. Comprising eight (soon to be nine) separate A-grade commercial office developments in the Umhlanga Ridge precinct of Durban, each block has been designed in accordance with its surrounding environment.

Ridge 7, for example, captures the views provided by the coast and Durban cityscape with its multi-faceted facades and expansive balconies, while Ridge 8 is built to blend the green and urban spaces that surround it at ground level, doing so using perforated screens and long-spanning glazing elements that provide architectural balance.

Each of these projects have become iconic localised landmarks, a characteristic common of all FWJK’s buildings, also embodied by Illovo Point.

Totalling 15,750 square metres and home to FWJK’s own headquarters, the latter is situated on Illovo, Johannesburg’s highest point, commanding majestic views over Sandton and admired itself as a modern architectural marvel.

It is not just the company’s existing portfolio that showcases excellence, however, its pipeline comprising a number of equally exciting large-scale developments.

Asked to pick out a few highlights, Williams-Jones points straight to The Vogue – a 37-storey mixed-used development that’s already shaping up to be a centrepiece of Cape Town’s skyline, featuring undulating balconies sandwiched between a bustling ground floor retail complex and penthouse apartments.

“We’re also busy with 16 On Bree, another mixed-use project based in the centre of Cape Town that’s valued at just under R1 billion ($68 million),” he adds. “We’re currently constructing the final six of its 36 floors, with the entire project due for completion in September 2020.”

The firm is also set to break records too, courtesy of FWJK’s Zero 2 One Tower.

Once complete, it will be the tallest building in Cape Town, its 44 storeys set to house 1,450 micro apartments topped off with a viewing deck, while open and protected walkways will allow pedestrians access at various points along the building edge, integrating the skyrise with the urban streetscape.

“The beauty of our developer model is the fact that we can push the accelerator down or tap off depending on our workflow,” the Chief Exec states.

“It’s almost like a ship with perpetual motion. We’ll keep producing new developments and open up in new territories with the belief that this methodology will always capture the attention of the market.”

It is at this point that Williams-Jones eludes to the firm’s impending UK expansion, inciting confidence that FWJK will be capable of disrupting the London market in a similar manner.

Meanwhile, in South Africa, the firm is busy working to develop a second methodology in order to capitalise on recent regulatory changes introduced by South African Revenue Service (SARS) that aims to deploy greater investment into the hospitality sector.

“This governmental strategy, under Section 12J, complements our existing model quite nicely,” the CEO affirms.

“The idea is to generate investments using tax that would otherwise be paid to SARS, recouping and deploying these finances into new hospitality products.”

Combining these diversifications with FWJK’s existing commitments, it is undoubted that the firm will become increasingly busy over the coming months as its workload continues to heighten.

And here, its emphasis on establishing sound relations with employees and partners alike will bear fruit.

“Without our staff, we would not be in business,” Williams-Jones states, first eluding to the former. “We value their contributions immensely, offering them with the opportunity to profit from our investments as well as providing bursaries and tailored training programmes where possible.

“Property development is a specialised field, but we’re fortunate in that we’re able to attract professionals simply by being at the coalface. We are not a quantity surveying practice contracted to a property developer – we are a property developer, which gives our employees a sense of ownership over the business’s success.

“Likewise, we choose our partners carefully and like to support those that support us with great services.

“We work with a mixture of local and international contractors, often working with world leaders when it comes to sourcing crucial building assets such as elevators or generators.”

Owed to the firm’s ability to lean on these two supporting pillars as its uniquely innovative co-development at cost operating model continues to gather momentum, the future looks incredibly bright for FWJK.

Reiterating the significance of milestones such as the UK expansion and completion of Zero 2 One Tower, Williams-Jones ends our conversation on an optimistic note, highlighting the company’s opportunity to take major strides both at home and overseas moving forward.

“Property development is a tough market everywhere, and generally speaking it’s been a tough year for all industries in South Africa,” he reveals. “Thankfully, we’ve had the advantage of being front and centre in the wholesale property market where there’s an abundance of buyers and investors still looking for bargains.

“Perhaps we’ve been fortunate in our ability to carry on with projects when other profit driven developers have had to pull their horns. I think back to the economic recession in 2008, when we sold out three office buildings in three months at a time when people were declaring bankruptcy left, right and centre.

“But we’ve got a methodology that insulates us to a large degree from tough economic environments and the tribulations it brings, and for that reason I’m excited for the future, wherever it may lead us.”