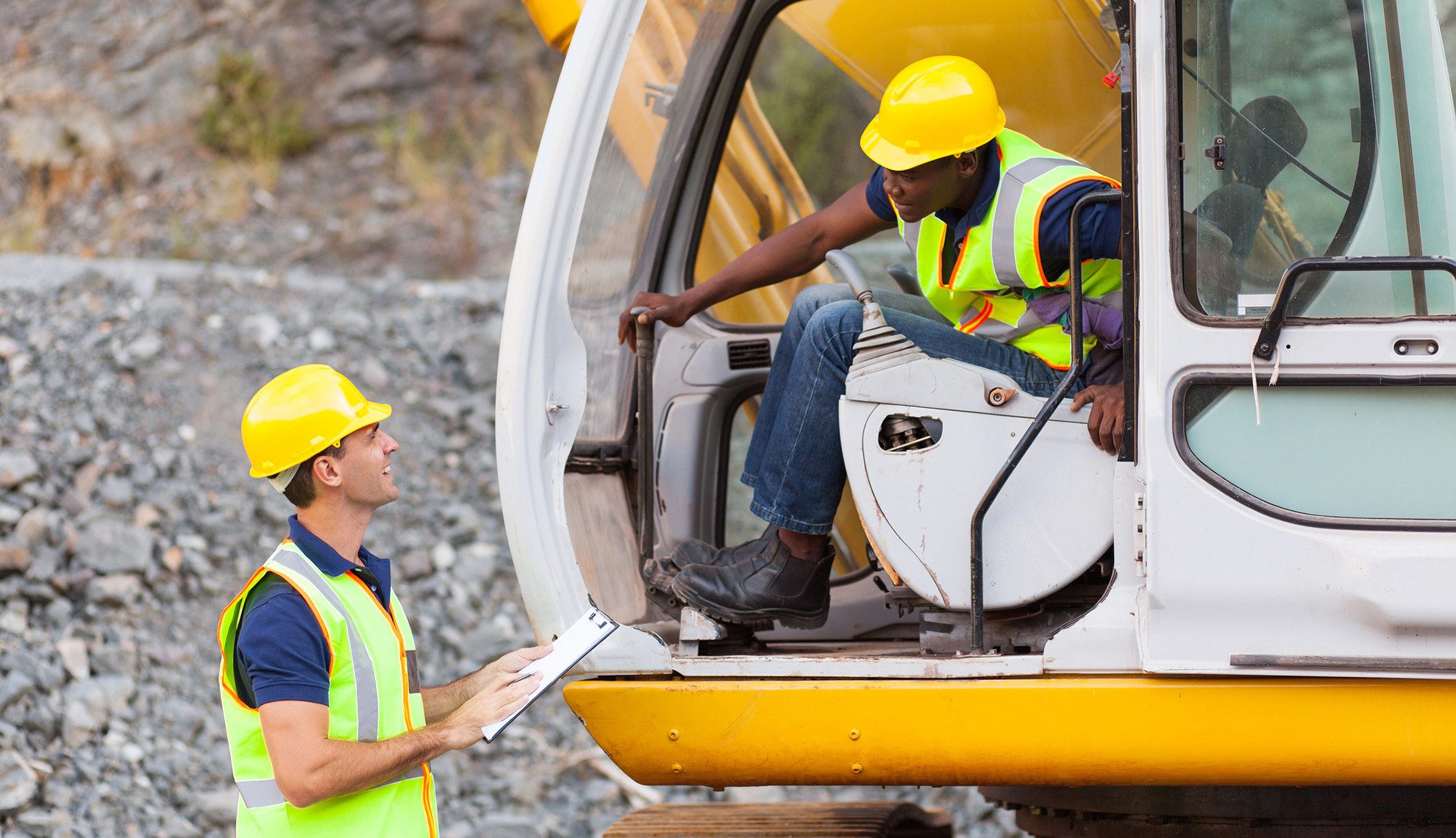 Offering a range of life-of-mine services, Caspian has consolidated its reputation as a dependable, high-quality contractor

The African continent is blanketed by optimism right now, an aura that’s largely owed to the mining industry.

Mining firms spent $8.4 billion on exploring new metal deposits last year according to a study from S&P Global Marketing Intelligence, up 15 percent on 2016. Further, the report also forecast that exploration spending could rise a further 20 percent during 2019.

Combine this surge in mining pursuits with similarly buoyant M&A activities, and the stage is firmly set for Africa, the home of roughly one third of the world’s known mineral reserves, to thrive for years to come.

“There isn’t really one segment of our lives that isn’t touched by some form of mining. Whether it’s bauxite going into airplanes or the extraction of iron for the manufacture of automobiles, I don’t think a lot of people realise that fact.

Indeed, Caspian is one company that has managed to establish itself as a spearhead of this eternal sector.

Founded by the current MD’s older brother Rostam in the mid-1980s as Mbeya Earhmovers, the business spent much of its early life working on various rural construction projects such as road building, dam building and alike.

Owed to an emphasis on diversification, capitalisation and growth, however, 1998 marked a new, prosperous period in Caspian’s illustrious timeline – a transition from which it hasn’t looked back.

“It was the year that Caspian secured a contract on De Beers’ Williamson diamond mine in northern Tanzania,” Aziz reveals. “The contract started as just a two-year deal, but we later invested in improved machinery and secured a longer-term agreement that really sparked the company’s foray into mining contracting.”

Fast forward to the present day, and Caspian is still working closely with De Beers’ on the Williamson mine, the companies having maintained and nurtured a fruitful, two-decade long relationship.

This project is not the sole accomplishment of the former’s mining contracting endeavours, however. Indeed, Caspian has amalgamated an enviable portfolio since it leaped into the sector, further evidenced by its role in the development of the Golden Pride Gold Mine.

In total, Golden Pride produced more than 2.2 million ounces of gold in its 15 years of operation before closing in late 2013.

Meanwhile, 2004 also saw Caspian sign a major deal with PANGEA Minerals Ltd, a wholly owned subsidiary of Barrick Gold, to provide mining services at the Tulawaka Gold Mine in Biharamulo in north-western Tanzania.

Operating as both an open pit and underground mine between 2005 and 2013, this site produced nearly a million ounces of gold – a figure almost double that suggested by the original feasibility study – after being brought to life by the expert capabilities of the country’s largest contractor.

“We’ve worked on the vast majority of major mines in this country,” Aziz declares. “Sometimes we’ll operate as the complete mining contractor and other times we’ll conduct major earthworks and civil works – we’re ultimately flexible in meeting the requirements of our customers.

“And I believe the reason we’ve been so successful in doing so over the years is simply because we’re Tanzanian.

“We’re an ambitious local company with Tanzanian shareholders, a dynamic which enables us to strike the balance between having the knowledge to navigate the country’s sometimes tricky waters while simultaneously upholding the world-class standards that our customers, the likes of Barrick Gold and AngloGold Ashanti, have come to expect.”

This combination of modernity and locality defines the essence of Caspian’s culture.

With an employee base constituting 98 percent Tanzanian citizens, Aziz is quick to admit that the firm prefers to offer working and upskilling opportunities to the surrounding communities in which it operates.

“We generally look to offer internal promotions and run lengthy in-house training initiatives,” he affirms. “With our vehicle operators, for example, we will start them off on trucks and train them up to be able to drive and operate more complicated vehicles as we and they see fit.

“There’s no vocational training or external bodies for mining contracting education in Tanzania. We’re the leading such business here, so we’ve had to provide education internally – something we’re ultimately proud of.”

Owed to this emphasis on employee development, Caspian has established a reputation as a community company, many of its staff having spent their entire careers with the business.

For Aziz himself, this has been apparent since the company’s foundation over three decades ago.

“The amount of people who have led long, fruitful careers here is quite incredible,” he declares. “Whether it’s on site or at the head office in Dar es Salaam, from members of the management team to the mechanics team and even those who make cups of tea, many have been here for 10, 15, even 20 years.”

To some extent, it is this close-knit, long-standing team that provides Aziz with optimism for the future.

“To reiterate, it is our local workers and local management team that provide us with our major competitive advantage,” he continues. “Where a lot of foreign competitors are scared away by Tanzania’s operating environment and regulations, we’re still comfortable working, investing here and taking on new challenges.”

Looking ahead, new investments will see Caspian enter a period of diversification in the coming months, the firm aiming to expand and consolidate its revenue streams in a variety of new ways.

It is currently partnered with Yapi Merkezi, for example, a Turkish enterprise that is overseeing the construction of the Standard Gauge Railway in Tanzania – set to become the fastest railway in East Africa, stretching 1,224 kilometres to connect Uganda, Rwanda, Democratic Republic of Congo and Tanzania itself.

“We’ve been doing a lot of plant hire work with them, and are also looking at potentially developing our own mining projects,” Aziz adds, pointing to this latter ambition as a particularly exciting long term prospect. “We’ve got all the necessary equipment available, so it makes sense.

“Currently we’re looking at a number of different potential projects in Tanzania, with acquisition opportunities having improved in the past three to four years, and we’re already considering a few different commodities to target.

“Nothing has come of it yet, but we’re not in a hurry. You don’t build a mine overnight after all.”

Coupling this with numerous other targets, from future mining contracting jobs to the reprocessing of tailing stumps at older mines, it’s hard to argue against the fact that the years ahead look bright for Caspian.

Aziz concludes, inciting confidence: “We’re definitely diversifying. We’d had to adapt to market conditions, but we’ve got a whole lot of machinery, expertise and a great team that are making this easy.

“For somebody who understands the risks, there’s an opportunity to pick up projects and move them forward – this is the position that we feel we are in.”