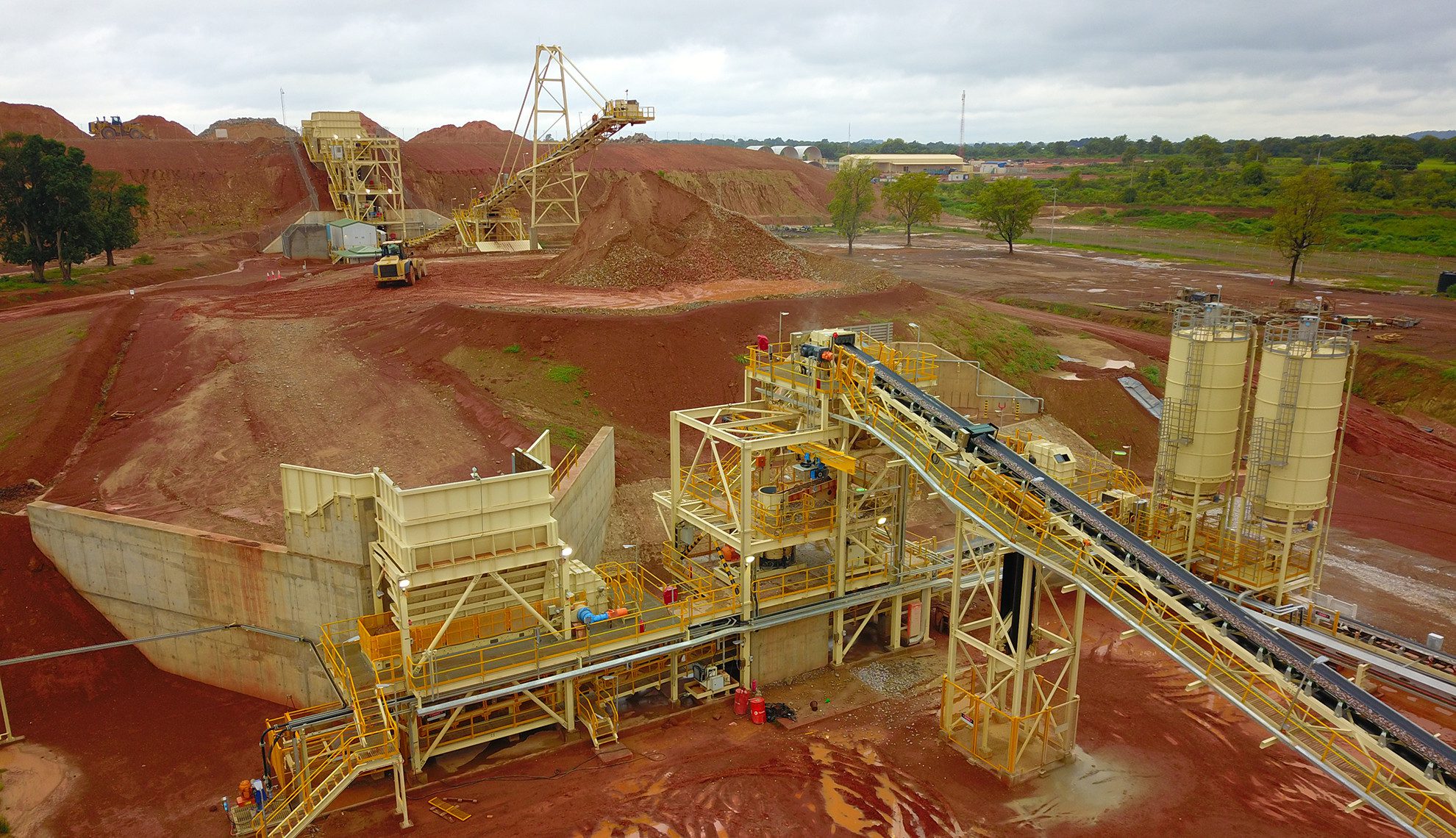 Well on its way to becoming a mid-tier, multi-jurisdictional gold producer in West Africa, Teranga Gold is entering an exciting new chapter directed by an ambitious strategy and pipeline of assets that has the potential for tremendous organic growth

Gold. From the richly endowed coffins of the Ancient Egyptian era to the treasure of leprechauns cited in Irish mythology, this precious metal has become the posterchild of global riches, beauty and rarity.

Acting as a reliable counterweight for investors, the price of gold rose to a six-year high earlier this year in the face of a weakening dollar, global political tensions and falling bond yields. The majority of analysts remain bullish about gold’s performance in the near term. The World Gold Council, for example, has forecast demand for the highly sought-after metal to remain robust, driven by the expectation that investors and central banks will continue their net purchasing trends regardless of fluctuations in the consumer market.

Against this prosperous global context, the current climate is bright for gold mining companies in West Africa. The continent has roughly 30 percent of the world’s remaining mineral resources; its world-class iron ore, bauxite, diamond, phosphate, uranium and gold deposits have helped to elevate the region’s economy in recent years.

“We wanted to get involved in Africa, in particular in the western regions of the continent,” Richard Young, President and CEO of Teranga Gold states, highlighting his and company Chairman Alan Hill’s strategy back in 2009. “West Africa has modern mining codes, mining-friendly governments and relatively unexplored regions that are geologically similar to the prolific gold belts found in Quebec and West Australia.”

These cornerstones provided the foundation for Teranga Gold to embark on its vision of building a mid-tier gold producer in West Africa.

Since its IPO back in December 2010, the company’s now 2,000-strong workforce have led this dynamic Canadian company to operate successfully in the West African gold mining space, benefiting from the region’s prolific resources, while sharing the benefits of responsible mining within the countries Teranga Gold operates.
Paving the way for new growth

The company began operating a decade ago at its Sabodala Gold Operations situated in southeast Senegal, close to the country’s border with Mali. This is where Teranga Gold’s vision of gaining a foothold on the continent came to fruition. Teranga established a now thriving multi-pit mine backed by a central mill and carbon-in-leach processing plant. The mine license covers 291 square kilometres with an additional 629 square kilometre exploration land package.

Sabodala was the first industrial gold processing facility to operate in Senegal, and to this day remains the largest gold operation in the country.

“Sabodala has produced 1.8 million ounces of gold to date,” Young reveals. “And, it is by no means nearing the end of its life. Rather, our recently updated feasibility study estimates that the gold mine still has 2.4 million ounces in mineral reserves.”

Following two on-site mill expansions in 2012 and 2016, the Sabodala plant is now able to process up to 4.5 million tonnes per annum, nearly double its initial capacity. The result is reliable, stable cash flows that have powered the development of a more expansive growth pipeline.

In March 2018, Young revealed to Africa Outlook that Teranga was poised to capitalise on an organic growth pipeline that had the potential to take it to mid-tier producer status over the next five years. Fast forward 18 months and it seems now that this landmark transition is in full swing, owed to the recent commissioning of its second mine, Wahgnion Gold Operations.
A multi-jurisdiction gold miner

Located in Burkina Faso, Wahgnion Gold Operations (formerly known as the Banfora gold project) was initially purchased by Teranga Gold through its acquisition of Gryphon Minerals Limited in June 2016. With this acquisition, the company increased its total proven and probable reserve base by 35 percent to 3.7 million ounces at that time.

Teranga has continued to move swiftly in the three years since, coming to realise the mine’s true potential in the process. “By way of background, when we initially acquired Gryphon, Wahgnion had a proven reserve of roughly 800,000 ounces,” Young explains. “However, through modest drill programmes we increased that estimate first to 1.1 million ounces and then again more recently to 1.6 million ounces.”

With debt financing in place, Teranga began construction of Wahgnion in spring 2018. Mining began in parallel, and first pour was achieved in August 2019, two months ahead of the original schedule. Currently, Wahgnion’s four initial deposits are not drilled off, and there are more than a dozen additional target areas in the local vicinity, all within trucking distance to the mill.

Young continues: “Wahgnion’s current mine life is estimated to be 13 years, which by industry standards is considered long for a gold mine, and we estimate that it will ultimately reach somewhere between 15 and 20 years with continued exploration success.”

While Wahgnion’s plant capacity is lower than the capacity at Sabodala, Wahgnion is a much lower cost operation. Looking at the figures, Sabodala is expected to produce an average of 213,000 ounces of gold per year over the course of a five-year period ending 2022, generating total free cash flow of $230 million in the process.

Wahgnion, meanwhile, is forecast to produce an average of 132,000 ounces of gold per year and, with its lower cost profile, is expected to generate a total of $311 million in free cash flow between 2020 and 2024. Young adds. “While company-wide production increases by about 50 percent with Wahgnion coming online, free cash flow more than doubles. It’s a quality operation that has a lot of potential for growth.”
Powered by partners and people

As our conversation progresses to the mine’s construction and completion, Young turns his attention to Teranga’s large network of suppliers and contractors – partners that have been key in championing Wahgnion’s success. Not only was Wahgnion’s associated infrastructure completed under budget and ahead of the original construction schedule, but over 5.3 million hours were worked without any lost time injuries.

“There’s no question that such achievements would not be possible without these relationships,” Young affirms, highlighting the likes of Lycopodium, Metifex, HMR Engineering, ECG Engineering, Summa NK Contracting Company, PW Mining, Haald Engineering and others.

“They make a real difference to our company, and for that we are particularly grateful.”

Suppliers and partners are not alone on this front; Teranga is also very appreciative of the role of local governments and communities in supporting its vision, ensuring that the relations between country and company remain mutually beneficial.

Testament to its contribution to the country, the company provides the evidence of its most recent employment statistics. In 2018, 95 percent of its Sabodala workforce was Senegalese with the majority of employees sourced from the surrounding communities.

“Sabodala is a rural operation, based roughly 650 kilometres east of Dakar, and providing employment to local people is something that we focus on,” Young explains.

“With this comes a certain level of responsibility. For example, many of our truck drivers had never driven a car before we hired them. As a result, we have a number of ongoing training programmes, helping to upskill local people in line with best practices.”

At Wahgnion, Teranga Gold is taking a similar approach. Approximately 92 percent of its workforce is Burkinabe, with 30 percent directly employed from locally impacted communities. Certain Wahgnion staff have benefited from internships at Sabodala, where they trained on machinery and learned critical processes, bringing back their newly found expertise to Wahgnion.

“Our hiring practices are paramount to us,” Young affirms. “We spend a lot of time developing human resources in Africa. It’s all about having the right people.”
Proactive impact investment

Employment is just one element of Teranga’s focus on social responsibility. Likewise, impact investment is at the forefront of the organisation’s portfolio, driven by four key pillars – good governance, mitigating the impact, sharing the benefits, and people and culture – and a simple mission of ensuring that each area in which it operates is better off after it leaves.

“The entire industry does a very good job when it comes to social responsibility and sustainability,” Young states. “But it’s a real point of emphasis here at Teranga. From the board-level down, we take a grassroots approach. Improvements to food security, water and healthcare are three priorities of the local communities. We have taken it upon ourselves to take significant steps to address these concerns while still establishing sustainable income-generating opportunities, training programmes and support for education.”

In partnership with the near-mine communities, Teranga has put in place local market gardens and drilled boreholes.

“The boreholes and market gardens make a world of difference,” Young states. “They offer access to clean, potable drinking water, they can alleviate food security issues and worries, and they lead to an improvement in overall general health. About 25 percent of the food grown is consumed, leaving a significant amount to be sold. This puts money into the pockets of local families and boosts the wellbeing of the wider region.”

Beyond market gardens, the company assists local farmers with maintenance activities and vaccination of livestock. Teranga also has many programmes focused on youth and education, income generating activities for women, and other projects chosen by the communities. Through the two resettlements currently in progress, both at Sabodala and at Wahgnion, Teranga is also building new and improving existing infrastructure.

“In general, social responsibility and sustainability, and specifically providing tangible benefits to the local communities, is something that drives us as a company,” Young adds.
Focused on growth

“We are moving Golden Hill to the feasibility stage of development with the outlook that this will become our third mine in West Africa,” Young states. “The benefit of having a sequential pipeline of assets is the ability to self-fund our growth. With the addition of Wahgnion, we will have free cash flow from two operational gold mines to assist with our organic growth.”

Looking ahead, Young also points to a number of early-stage exploration projects underway in Côte d’Ivoire that Teranga is planning to finance more aggressively with new drill programmes, metallurgical testing and environmental work.

“In addition to being excited about Teranga Gold’s growth prospects, we are optimistic about the industry as a whole and the direction it is heading,” he adds. “Mining companies are looking to make a sustainable difference and are extremely well placed to do that. I’m confident that we can do the same as we strive to achieve our vision to become a mid-tier, multi-jurisdictional West African gold producer.”