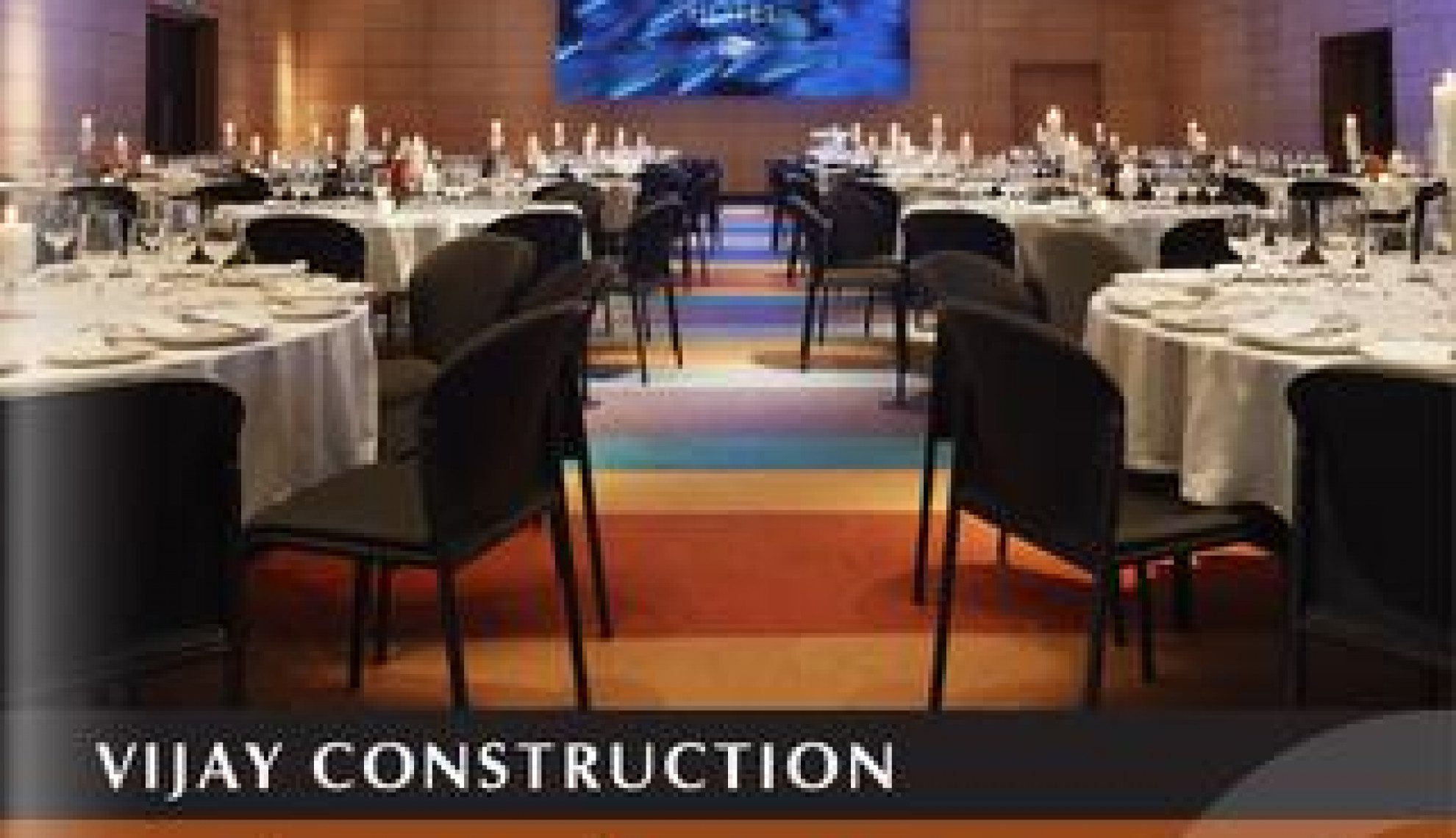 Working Together to Deliver Quality

Established in 1979, Vijay Construction has grown from a small family-owned Company handling just two hotel projects, into a multi-disciplinary organisation offering in-house construction capabilities through a team of more than 50 trained professionals and close-to 1,500 skilled tradesmen.

Chief Executive Officer, V.J Patel reminisces: “I started the Company as 90 percent shareholder, with my wife and brother taking a five percent share each. To this day, I hold 80 percent shareholding and the rest is distributed among the longstanding senior members of staff and close family.

“From the beginning, our clients showed confidence in the business and, given my background working as a civil engineer – and eventually a Company Director – for the famous Laxmanbhai Construction, Vijay Construction started with its best foot forward.”

Despite the challenging reverse business climate in the early 1980s due to the political unrest in Seychelles, Vijay Construction weathered the storm and emerged more motivated than ever before; leveraging the reliable local team gathered over this decade to take part in the construction boom which followed in the late 1990s.

“In the past 10 years alone, business has grown beyond expectation; something that is hard to imagine for a Company that started with just two employees in the late 1970s. In the last financial year, we achieved a turnover of $50 million, thanks in part to the government’s opening of the construction market to foreign investment,” he adds.

However, a recent change in government ruling has called for the construction of new hotels in Seychelles to cease; resulting in a potential opportunity for Vijay Construction to explore potential long-term investment opportunities in other prospering markets in Africa and beyond.

Eden Island has been a key project responsible for the continued growth of Vijay Construction over the past two decades. Having defaulted on international loans in 2002, the Seychellois government was seeking ways to improve its tourism offering so that the profits from the largely foreign-owned five-star resorts would stay in the country and contribute to job creation and the local economy.

Initial building works include the construction of a bridge to reconnect the reclaimed, manmade island with the capital, Victoria, which is just 100 metres away. “The bridge was completed in early 2006 and ever since then, we have been building the residential area, which is now home to many foreign residents, with 40 percent of the occupants South African in origin,” explains Patel, adding that the Island created more than 700 permanent jobs, and it is hoped that the development will contribute an impressive 45 percent of the country’s GDP and nine percent of the total foreign direct investment.

“As the island was manmade, we had to be mindful of the marine life as the environment is one of Seychelles’ most valuable assets that must be protected. This government-driven ethos extends throughout all of our marine projects,” he notes.

Utilising its in-house complete support service offering, Vijay Construction was responsible for all aspects of the build, handling everything from construction and project management, right through to plumbing, electrical, mechanical, steel works, engineering and even the air conditioning requirements.

Patel says: “The project was due to be completed a number of years ago, but due to the financial crisis and factors out of our control, it is now scheduled for total completion in the first half of 2016. Moreover, after completing the residential component, we noticed that the apartment blocks proved more appealing than the villas, so we have now converted a number of these which has increased the apartments available to 600, and we continue to see good sales from this.”

In addition to the ongoing Eden Island project, Vijay Construction is currently involved in the construction of two large hotels, the Raffles Resort in Praslin and H Hotel on mainland Mahe, worth $100 million and $50 million respectively; as well as $10 million worth of extension work on a Four Seasons hotel, which will comprise staff housing and a casino. “This has bolstered our portfolio as a welcome addition to Eden Island and with the government encouraging foreign investment, we are able to leverage the skills and reputation we have developed over the years to work closely with these investors,” he highlights.

Moreover, when construction at Eden Island was at its peak in 2009, Vijay Construction also had the privilege of working on the Raffles Hotel and Resort, which was completed in 2010. “Our turnover at this time was beyond our dreams and we were at our peak in terms of people, employing more than 2,000 tradesmen,” Patel further notes.

With Seychelles surrounded by the clear blue waters of the Indian Ocean, Patel and his team have been able to perfect the art of marine-based engineering.

“With plenty of experience now under our belts, we have taken to the sea like a duck to water, and we see ourselves as the number one marine contractor in Seychelles,” he says.

Vijay has tackled a number of different marine projects, the majority of which require a skill called piling, which can be a challenging task. Patel explains the process: “We take a steel tube and use a crane to lift it into the sea. Then we have a mechanical hammer at the top of the crane that is used to hit and drive the steel tube into the seabed. Once the tube hits the hard rock we fill it with concrete so that if over the years the tube rusts, the concrete will become the column.  This ensures that whatever we are building has a strong foundation that will last a long time.”

So far, the maximum depth Vijay Construction has piled is 48 metres for a wind turbine project.

Seychelles has a relatively small population of around 90,000, which makes retaining local employees incredibly important to the longevity of any business operating in the country. At Vijay Construction, the training of local people is a constant exercise in order to make sure that each member of staff is equipped with the necessary knowledge and expertise to correctly handle their job role to the best of their ability.

“After receiving our in-house training and working their way up from a junior level, we then trust our people to do a responsible job and, in return, the employee knows that the whole Company is behind them in their decision-making. Investing in our people not only makes us more efficient, but gives us a competitive edge and equips us with committed employees. Moreover, by handling all aspects of construction in-house, we also create a long-term cost saving for ourselves,” Patel states.

Faced with the government decision to halt further construction of new hotels in Seychelles, Vijay Construction looks forward to the completion of its current hotel projects, as well as an exciting future in infrastructure; strengthening the developing country’s water, sewage, road, marine and other civil engineering needs.

Patel concludes: “Outside the country, there is also the potential to expand, but we remain cautious as the market in Seychelles could still present us new opportunities, which we will of course be keen to capitalise on.”