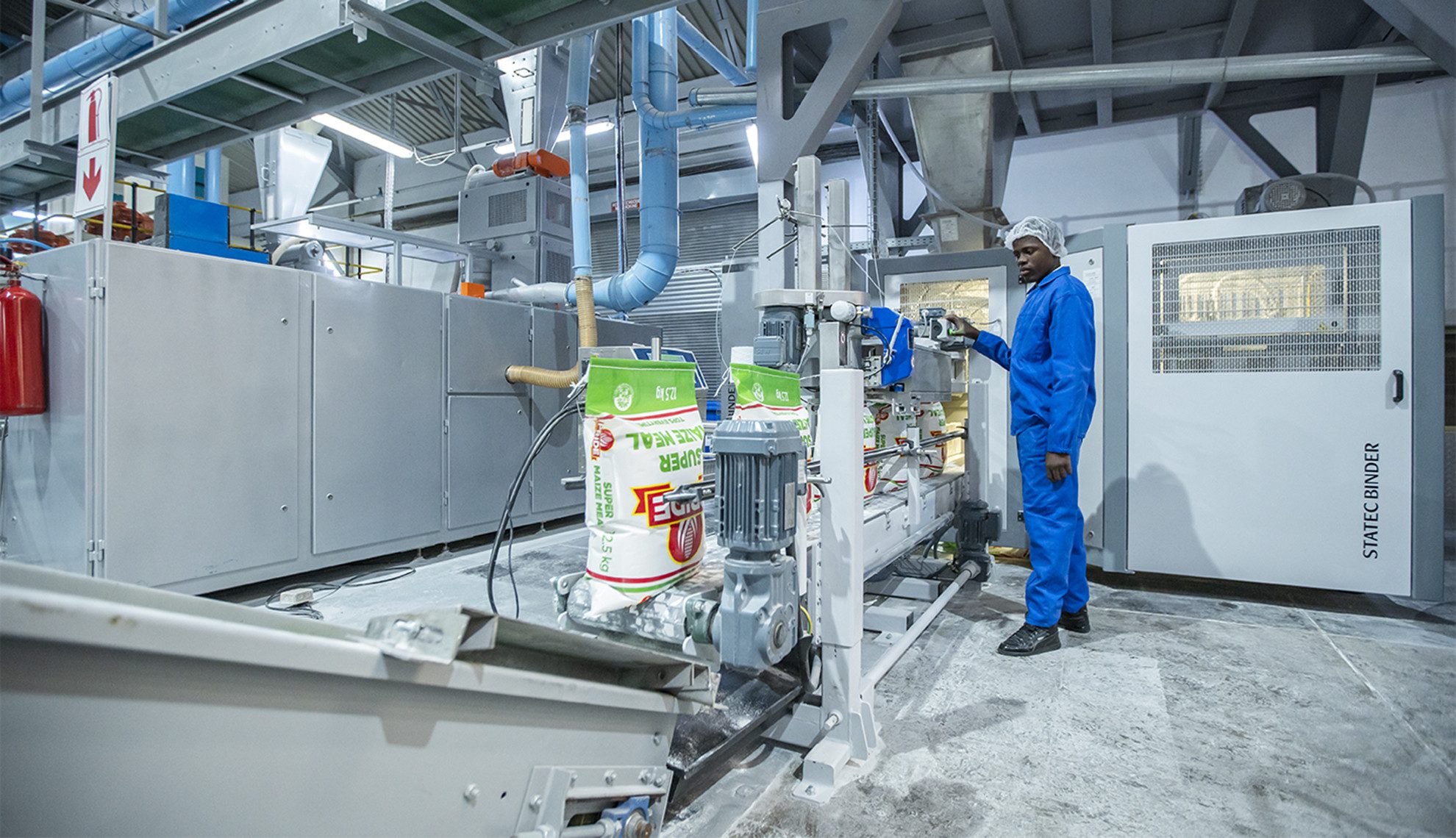 Pride Milling has emerged as a go-to, reliable supplier of milled maize products thanks to its bold investment in technology and continuous improvement

Each year on average between 2.5 and 2.75 million hectares, some two thirds of South African commercial farming land, is utilised for maize.

Converting maize into value-added products is therefore big business in South Africa, something that Centurion-based Pride Milling knows all too well under the leadership of CEO Jorrie Jordaan, who acquired a controlling share in the company in 2001.

“We took our chance to create a brand and it has been going from strength to strength ever since, thanks to our focus on continuous improvement through innovation and investing in new processes and technology,” he explains.

“Today we are not the small company that we were in 2001 – we are one of the biggest maize millers in the country looking at a turnover of R2.8 billion once we complete our expansion work.”

Jordaan is a seasoned industry professional, much of his early career being spent working in a one-channel marketing system operated through government-owned boards, the industry moving to a free market setup in 1995.

Today the sector is, by Jordaan’s own admission, a competitive one with numerous small and large players. However, he is quick to explain what he sees as Pride Milling’s point of difference.

“Pride Milling differentiates itself, I believe, because we see maize milling beyond simply making maize meal for consumers,” he says.

“Yes, there is the consumer market, but there is also industrial, export, and catering and contracts. We have opened up five or six different distribution channels with maize milling, and we are one of the only companies to really focus on the industrial segment. In previous times these clients were mostly supplied by commercial millers. However, maize products were seen more as a secondary product.

“The industrial market is a more complicated one – the brand counts for less than intellectual capital like sustainability and food safety and security. We supply big companies like AB InBev, Nestle and Unilever with products made specifically for them, and they have become loyal customers and stuck with us as we continue to innovate.”

Not only does the company pride itself on consistently supplying products that conform to their customers’ specifications, but it is committed to producing food that meet the requirements of international food safety standards. All of the company’s production units are FSSC22000 certified.

Pride Milling’s clients are served by four processing plants which can currently produce 500,000 tonnes of maize and other food products per annum.

As well as being able to cater to a wide variety of customers across several African nations in terms of quantity, Jordaan also points to Pride Milling’s ability to provide these quantities consistently and in compliance with responsible sourcing as set out by SMETA’s four pillars of Labour, Health and Safety, Environment and Business Ethics.

This is made possible by a number of factors, chiefly state-of-the-art machinery, a reliable network of suppliers and a cohort of employees, who are rewarded based on the company’s continuous improvement processes.

“Anybody can make a product conforming to a customer’s requirements,” says the CEO. “But the real question is, can you make it consistently? This is what we focus on. From day one you can trust us to supply a consistent product.”

In terms of machinery and technology, Jordaan highlights a significant investment of R300 million over the past two years, going against the grain in that many large corporations in South Africa are holding back on spending before the economy rebounds.

Much of the R300 million has gone into equipment, a move which is bringing with it a number of benefits.

“This is enabling us to operate at scale, meaning we can compete with both smaller millers with low overheads and larger millers on price and consistent quality of product,” Jordaan explains.

“We can also more easily handle different types of maize that comes in. Further, by investing in packing and packaging technology, which can be extremely expensive, we are ensuring that the brand has consistent visual quality as well.”

A reliable flow of maize itself is also critical to Jordaan’s message about quantity and quality, the CEO emphasising the importance of fruitful relationships with local farmers to ensure continuous supply of raw material maize.

The company works closely with agricultural trader ETG, which purchases maize from farmers predominantly in the east of the country (where the climate is most conducive) on its behalf. “We have unbelievable people working for us right through the supply chain,” Jordaan adds.

This also rings true inside Pride Milling’s own operations, the company’s team of staff among the most skilled in the industry thanks to a series of continuous improvement and development initiatives.

“We drive what we call CIPs – continuous improvement processes,” Jordaan says. “We can’t stagnate, and this is something we manage every single day.

“For instance, when it comes to innovation, we actively encourage all our staff to contribute and suggest ideas, no matter how stupid they may sound, and dedicated individuals in the company will actively explore the viability of these ideas. If the idea realises benefits for all stakeholders, then there are prizes on offer as well.”

In order to align expectations between senior management and staff, Pride Milling works through a series of key tasks and regular assessments as part of a wider emphasis on career development. Jordaan is proud of the fact that the company challenges and supports its employees to become professionals, and thus serving as a big enhancement on anybody’s CV.

“We also share knowledge,” he continues. “At any one time we have around 45 learners on our payroll, people who we invite from the community and train up over a year to two years before giving them a role in the company or, if we cannot offer a position, ensuring they are well equipped to find employment.”

Having explained how Pride Milling ensures quality on a consistent basis, Jordaan points towards 2020 as a key period for the company in terms of ramping up production volumes.

By November 2020 it will have completed a major expansion project, a development which will see annual capacity increase to 700,000 tonnes and help generate about R2.8 billion in yearly revenue.

Investment from Thebe Investment Corporation, which acquired a 30 percent shareholding in March 2019, represents important backing from an extremely reputable and well-established partner. Pride Milling is also, according to Jordaan, the only large private B-BBEE Level 1 miller in the country, the area of black economic empowerment a particularly important focus for the CEO.

It is very much Jordaan’s ambition to export into more countries across Africa, the CEO outlining additional plans to grow into the breakfast cereals arena having ensured the plant’s machinery and life expectancy have been addressed in its recent investments.

A growing pool of Southern African consumers with disposable income represents an opportunity to produce and market such products, and this developing socioeconomic backdrop leaves Jordaan buoyant when looking ahead to the future.

He concludes: “We would never have spent R300 million on our plant if we were not positive about the future, and there are a number of reasons for being so.

“Number one, South Africa has better infrastructure than any other African country, and although the economy is flat and only growing very slowly, I think it will turnaround in a big way. We have sound financial institutions and legal systems. Lessons have been learned and there are far more checks and balances in place now. There is no doubt in my mind that South Africa will be back on its feet and growing strongly again.

“Don’t wait to achieve what you want to achieve. Do it now so you are ready to capitalise when the upswing comes around.”