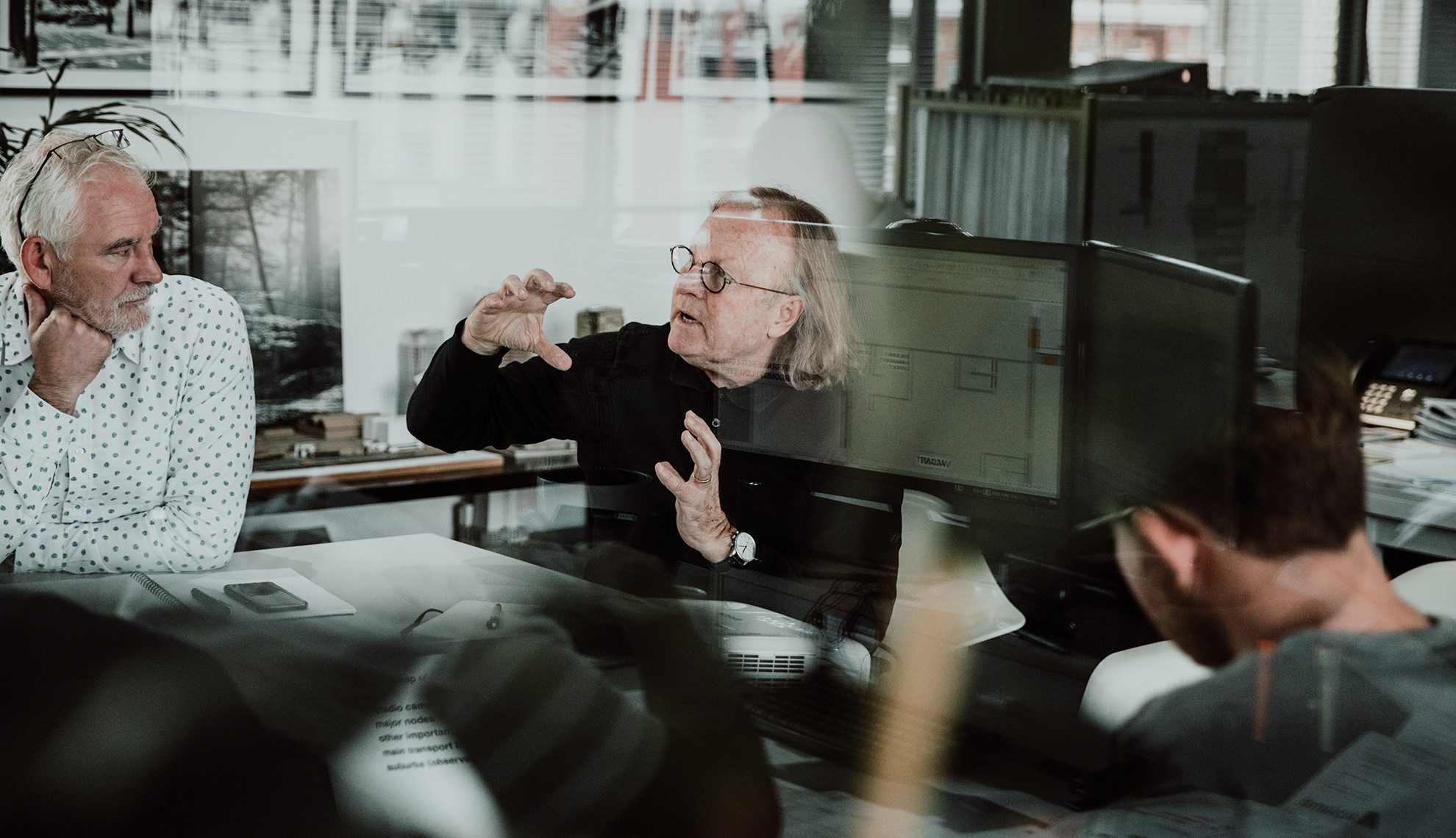 Built from the ground up, dhk Architects now stands as not only one of South Africa’s top design companies, but equally a champion of social enablement and industry optimism

Looking at the direction of South African architecture, I can honestly say that I am pleased. The quality of design in this nation has drastically improved compared to previous decades, and vast swathes of fantastic projects are underway both here and across the continent.

“It’s exciting – the world is beginning to notice us and for that I’m very proud of the entire industry.”

Having been interested in architecture from the age of 13, he remains just as enthused about the industry today as he was four decades ago, now standing as the Founder and Executive Chairman of one of Africa’s preeminent architectural design firms.

“Last year dhk Architects celebrated its 20th year,” Henstra continues, introducing the company. “It was a time of reflection; a period where we could look back at the business and its achievements. It’s truly been a great success.”

Having incorporated derick henstra architects (dha) in 1983, a name that the organisation held until its merger with KCvR in 1998, Henstra has spent the vast majority of his career pursuing his passion thanks to the support of his wife, gradually building the firm brick by brick with his esteemed team over the past 36 years.

Fast forward to the present day and dhk Architects is now considered to be one of the top design companies in South Africa, employing over 120 people across Cape Town and Johannesburg.

“I think the thing that makes us different, the reason that people enjoy working with us, is this passion that we have,” Henstra affirms. “Our team is incredibly curious, spirited and research orientated, always searching for new design solutions.”

Pointing to this acclaimed team of specialists throughout our conversation, Henstra also highlights that the company gives back to its employees through a variety of staff-centric initiatives that include weekly training sessions.

“We recognise how quickly the industry is moving, so training is a big thing for us,” Henstra states. “We know it’s something that staff look for – they want to learn – and so every Monday morning we host a different seminar.”

External resources are also leveraged, the firm providing each and every one of its specialists with an annual allowance to go outside of the office and find valuable, extra-curricular education in any subject of their choice.

“We invest in it because it’s simply a sound investment,” says Henstra. “What you end up with is a team of experts who don’t feel the urge to leave; who are grateful for the opportunity to learn new skillsets and further their careers.”

This forward-thinking, innovative ethos equally acts as a secondary tool in helping to achieve talent retention.

Working with some of the most advanced architectural technologies such as Revit, a leading BIM (building information modelling) platform, its personnel have become adept in anything from delivering 3D models to navigating sophisticated cloud networks.

These philosophies combined constitute what can only be described as an enviable workplace culture, something that Henstra himself is particularly proud of.

“No day is the same at dhk,” he states. “We’re a harmonious, happy studio, operating in an environment that ensures our best talent can thrive.”

And thrive they do, no better evidenced than by the broad range of celebrated projects that the company has delivered over the past 20 years.

One such project that has gained global traction, the recipient of the Gold A’ Design Award, Silver Loeries Award, Fulton Award and the SAPOA Award for Innovative Excellence is Norval Foundation, a Cape Town-based art museum completed by dhk in 2018.

Another is Battery Park, a 12,000 square metre urban park situated at a key entranceway to popular tourist destination the V&A Waterfront, which received a Fulton Award, the SAPOA Overall Heritage Award and was named a finalist in the coveted international Architizer Awards.

Meanwhile, Henstra himself eludes to one of the firm’s older constructs, the 50,000-square-metre Laguna Palace Hotel Development located in Venice, Italy, highlighting it as being one that helped to elevate dhk’s global prestige, amongst other ongoing projects.

“Right now, we’re working on a residential development named Ellipse Waterfall in Waterfall City that will capture Gauteng’s awe-inspiring sunsets and landscape, as well as a mixed-use 27-storey tower called The Rubik that will form a contemporary addition to Cape Town’s skyline,” he reveals.

“If I’m being honest, it’s difficult for me to single out any specific project – each and every one of them is special and different. Yet at the same time, that’s one of the great things that has come to define dhk. We’re able to deliver a diverse range of buildings, be it mixed-use developments, public buildings, schools or hotels, because we have a diverse range of expertise.”

“Dhk also gets involved in interior design, but we focus primarily on residential and hospitality projects,” Henstra explains. “This ability to provide internal fit outs is something that has continued to uphold the brand, and we’re now able to operate across the full spectrum of design for the built environment.”

Projects aside, dhk outreach is another offering that has garnered an admirable reputation for the dhk brand, owed to it being the vehicle for the company’s corporate social responsibility efforts.

Initiatives under this portfolio are varied, but the firm’s underlying focus is largely centred around helping the youth.

Henstra affirms: “We’re heavily involved in Go for Gold, an initiative that identifies and supports kids from disadvantaged backgrounds. If they show an interest in architecture, we encourage them by offering them the chance to spend their holidays gaining work experience with us.

“Equally, if there are budding students hoping to enter the industry but aren’t quite able to achieve the necessary grades, we take them under our wing and prepare them for college and/or university.”

This in-house education process has operated with great success. To date, the company has nine bursary college students that it is funding and has helped numerous students reach technical colleges by imparting knowledge and providing other resources.

“We also donate to educational and charitable organisations,” Henstra continues, “and partake in pro-bono work on an adhoc basis.”

Pointing to these alternate initiatives, the Executive Chairman highlights a community sports centre that the firm is currently helping to design for physically handicapped children, as a well as its contributions towards a football education programme named AMANDLA that is run for street children.

And all of this is run alongside dhk’s efforts to become a champion of broad based black economic empowerment, a field it is striving to become increasingly relevant in.

“Of course, we’re not the only ones partaking in CSR, and it’s great that so many companies are making their own efforts,” Henstra adds. “We’re just pleased that we can do our bit.”

Looking ahead, it is this responsible mantra that forms a large part of dhk’s overriding ambitions.

From upholding communities to providing a fantastic workplace environment and creating relevant, meaningful, exciting architecture, Henstra is hopeful that the company can continue to make landmark contributions and generate mutual benefit for all parties moving forward.

“Like any company, we have financial targets that we forecast and try and reach, but I feel that our work is ultimately about much more than that,” he states as our conversation comes to a close.

“I think if you have a positive outlook then that’s half the battle. There’s so much negativity about life, about the way it can go, but if you maintain the right attitude then it can certainly go a long way.

“For this reason, I am certainly optimistic for the future.”