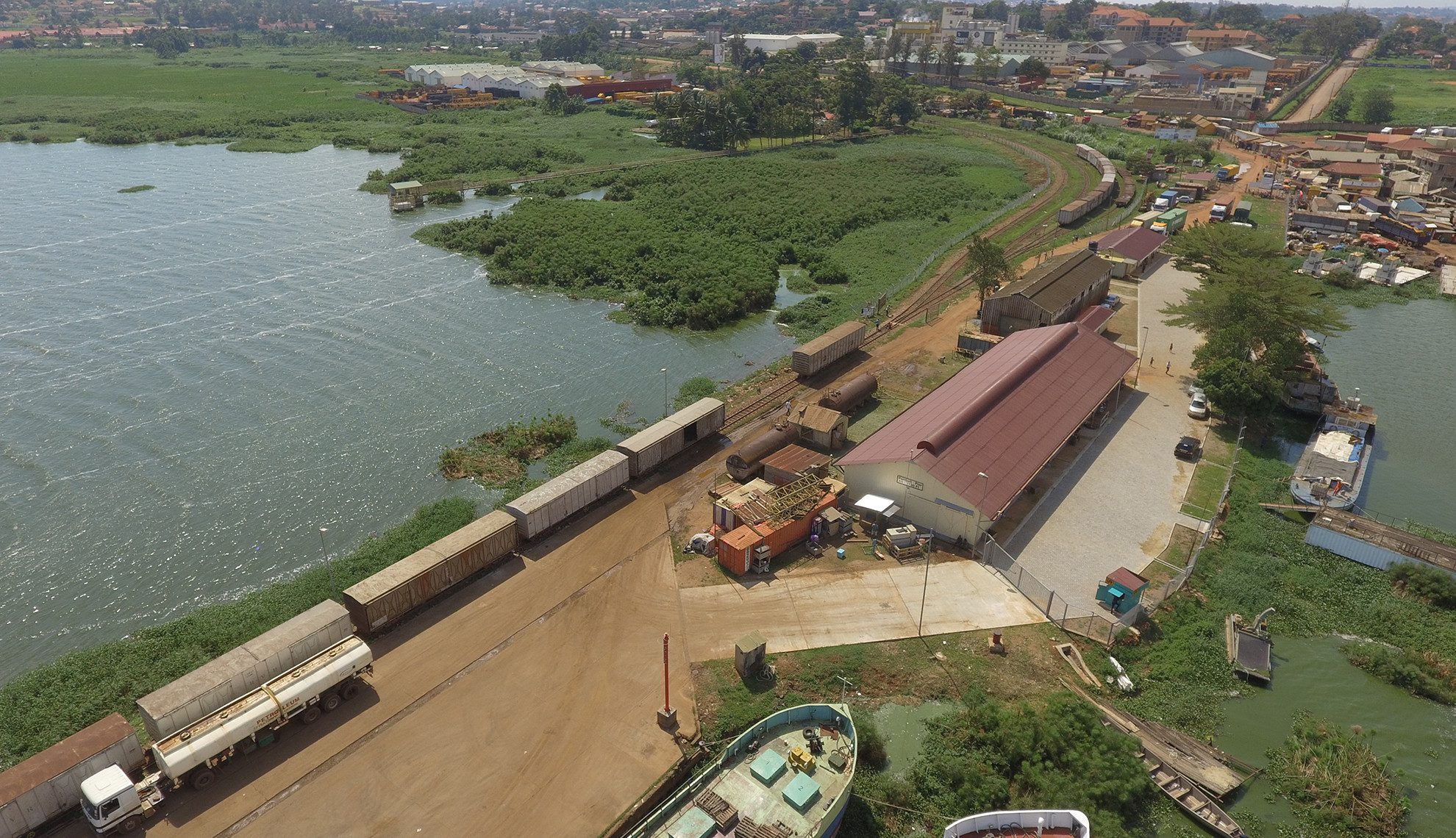 Trains are starting to bounce back in Uganda.

Playing second fiddle to heavily favoured highways over the course of 20-plus years, the country’s rail network is embarking on a revitalisation journey having previously received just two percent of transport funding.

And there is abundant opportunity to make a quick impact. Uganda’s total developed rail network covers 1,250 kilometres, but only 265 kilometres are currently serviceable due to abandonment or closure.

Uganda Railways Corporation (URC) is in charge of the ambitious revamping exercise, the Corporation currently home to 14 locomotives, 1,317 freight wagons and 15 passenger coaches.

For Managing Director Charles Kateeba, it is an opportunity to fast-track development of an industry he has long held a passion for.

“It all started from my love of manufacturing and engineering,” he recalls. “When I was doing my degree at the Zaporozhye Machine Building Institute in Ukraine, I discovered that Uganda had contracted a German company to set up a modern central railway workshop.

“I thought it would give me an opportunity to apply my knowledge and skills in the process of railway maintenance, including general overhauls and rebuilds, upgrades and possible new equipment assembly or manufacture.

“Therefore, on completion of my course, I applied for a job and I was taken on as a Trainee Production Engineer in 1984. I grew through the ranks to become Managing Director in 2013.”

Relaunching logistics
Kateeba’s job is to execute URC’s mission, which is to establish and manage a reliable, efficient and safe railway and marine transport service in East Africa for sustainable economic and social development.

Rail freight represents an enormous opportunity to do just this, and URC has relaunched cargo services to the Port of Dar es Salaam in Tanzania following a decade of dormancy.

It is a project which involves close collaboration with multiple stakeholders such as Tanzania Ports Authority, Tanzania Railways Corporation, Tanzania Inland Container Terminal Services and Marine Services Company Ltd, and will require rehabilitation of port facilities and two wagon ferries.

Kateeba is also keen to target Kenya. “I wish to state that Uganda Railways’ service is by nature regional, with 80 percent taking place in Kenya or Tanzania,” he says.

“Uganda accounts for 82.1 percent of transit market share throughput at Mombasa Port, and being located in the centre of Africa, it has the potential to link the continent from the Atlantic to the Indian Ocean better than any other country.

“If any system is ripe for private sector investment, it is ours. We therefore welcome partners to come and develop with us modern logistics systems, rolling stock leasing and maintenance facilities, and a strong network to take advantage of the opportunity.”

Domestically, URC is set to begin rehabilitating the line between the towns of Tororo and Gulu, a project which will cost €37 million and is backed by the government and European Union. This will be joined by a new multimodal freight hub at Gulu, a scheme valued at $18 million and delivered through a public-private partnership.

Connecting Kampala
In the Ugandan capital Kampala, work is being carried out on the line to Port Bell in the city’s greater metropolitan area, while the 15-kilometre line to Namanve is being revived thanks to a re-ballasting of the tracks and replacement of steel sleepers.

Passengers are also benefiting from this rejuvenation.

“Prior to 1997 Uganda Railways used to have a national passenger service covering the entire network,” Kateeba explains.

“There was a rudimentary city service locally dubbed ‘Kayoola’, nicknamed for its characteristic carrying of many people at once. It was provided by converted cattle wagons where passengers would travel while standing. It covered only 15 kilometres, six to the east and nine to the west of Kampala.”

A new service has since been launched, providing both seated and standing options for passengers and stretching 14 kilometres east of Kampala, with plans to extend west and south (Port Bell) by approximately nine kilometres in each direction.

“In the medium term we have commissioned a study to inform our plans to expand and improve the service further,” Kateeba continues.

“Our aim is to provide a service that will completely decongest Kampala, where a 15-kilometre journey can take up to four hours. We hope to bring this down to a maximum of 30 minutes by improving the track and using modern and faster diesel multiple units.”

The expansion of services in and around Kampala is projected to cost somewhere in the region of $55 million, with URC also planning to grow its employee base from 450 to 700.

Futureproofing
This will require a mixture of young and experienced personnel, the sourcing of skills cited by Kateeba as a major challenge for the organisation.

“It is even harder to retain the internally trained staff because they become very attractive to other government agencies which are better funded, such as the National Roads Authority, Capital City Authority and Road Fund,” he explains. “We are also faced with a restored national airline which is recruiting with internationally competitive salaries.

“We are therefore embarking on massive capacity building and to this end are negotiating credit to facilitate a four-year plan. It will cover both technical and managerial capacity development but will also build a new organisational culture to help retain such developed resources.”

This is all geared towards the ambition to fully revamp the Ugandan rail network to a point where it can handle up to 2.4 million tonnes of freight per annum.

Such a capacity boost will enable the nation to fulfil its potential as a regional hub, and Kateeba concludes by restating the need to reconnect with neighbouring countries.

“There couldn’t be a more important question than this one. I believe that the very economic survival of Uganda depends on having an efficient railway network connecting us to Mombasa and Dar es Salaam ports.

“Given Britain found it necessary to build the railway in order to have a hold onto Uganda and the source of the Nile, for Uganda to survive, it must claim its role as the central logistics hub for Africa. We currently trade more with our neighbours than any other country or economic block.

“Therefore, the railway must be developed deeper and wider to link to all our neighbouring countries such as the Democratic Republic of Congo, Rwanda and South Sudan. This will be supported with a well laid out logistics hub and improved water transport services on Lakes Victoria and Albert, as well as the Nile.”