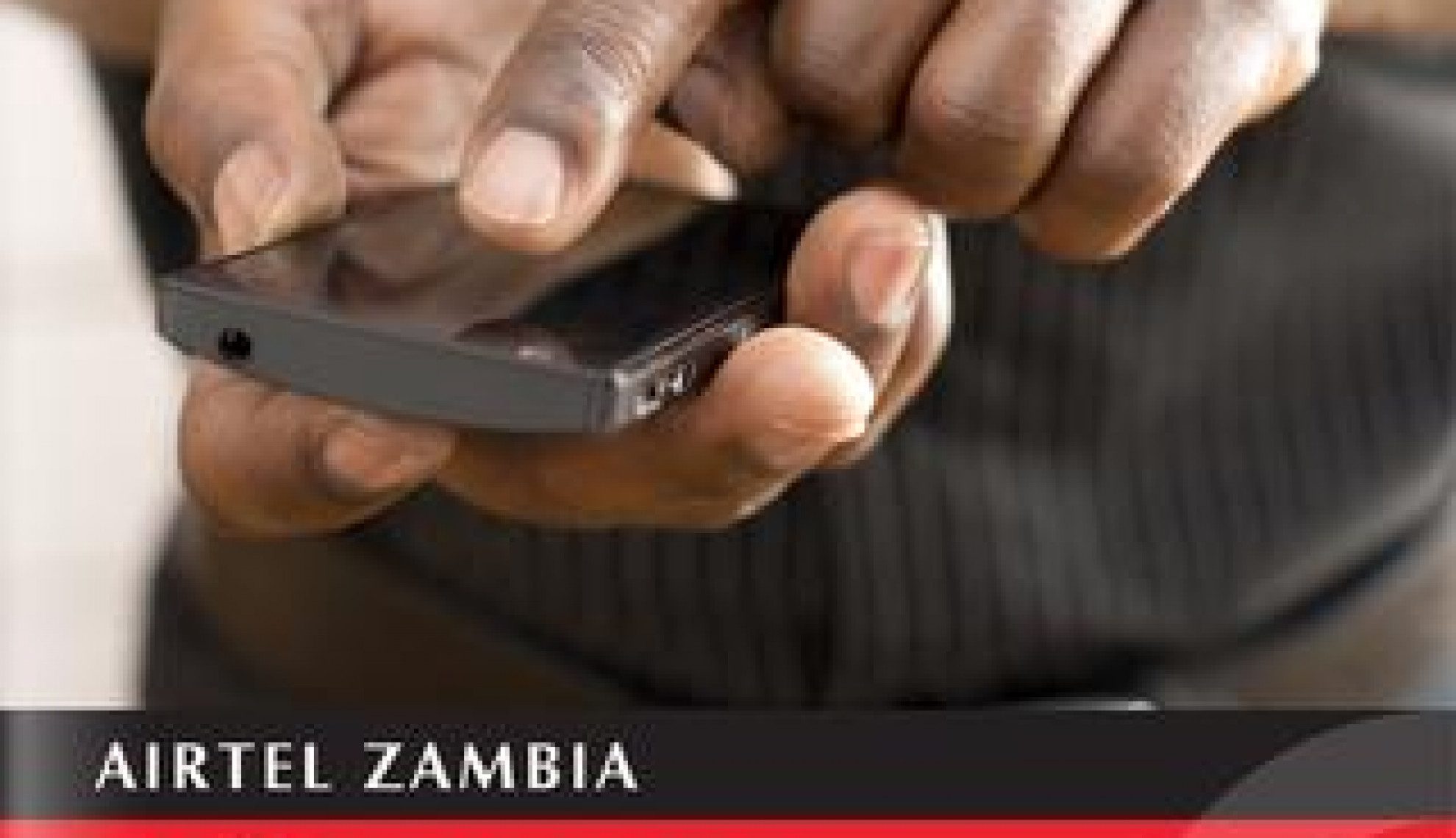 Airtel’s influence in Zambia has developed rapidly and nationwide through a commitment to mobile saturation, which will continue to take previously unheard-of services to every corner of the country

Airtel is one of the leading mobile operators across the African continent and is in the midst of an exciting evolution within Zambia following the recent announcement of a new Managing Director and an expansive network investment plan.

Airtel Africa is a subsidiary of Indian telecoms giant, Bharti Airtel, and currently has a presence in 17 countries across the continent. As one of the newer developments as part of the wider continental strategy, its operations in Zambia fit into a sector already occupied by MTN and Zamtel, but the company’s immediate progression under former MD, Charity Chanda Lumpa has been extensive.

Offering the full range of expected personal tariffs, business tariffs and 3G connectivity, a company of Airtel’s stature differentiates itself on levels of scale and the speed of embracing new advancements; an aspect which has already been seen through its saturation of mobile money services into the Zambian market, and its plans for future network investments under the stewardship of new MD, Peter Correia.

Having previously worked for the likes of Siemens, Vodacom and Econet, Correia’s experience in the industry will inevitably see a continuation of the development already enjoyed by Airtel in Zambia, and in particular, across its network expansion.

This year has already unveiled a plan to invest a further $50 million into this strategy over the next 12 months, with a concerted focus on incorporating financial resources into this network expansion this time around.

An uneven distribution of traffic on the network each day has been attributed as the core reason for the revision of calling time bands in line with these investments, due to the subsequent stretch on network capacity at isolated periods of the day.

An underutilisation of the network elsewhere further compounds the need for a more comprehensive network infrastructure to ensure that the business achieves a “delivery of seamless and exceptional calling experience” for its customers, as the company’s Director of communication, government relations and CSR, Joseph Kafwariman said in an interview during the investment’s announcement.

All told, Airtel currently boasts a 37 percent market share in the country, and to complement 2014’s significant investments, and a similar effort in 2015 to come, the company is also embarking on the launch of its Long Term Evolution (LTE) network in Zambia.

Marketed as 4G LTE, the standard wireless communication of high speed data for mobile phones and data terminals is a benchmark for many leading telecoms Groups in Africa at present, and was expected to cost Airtel $80 million when unveiled in late 2014.

It is expected that the benefits of this overall network expansion and 4G progression will help offset the network challenges experienced in Zambia; compounded by an increase in the number of base station sites across the country – currently at approximately 1,100 – and the addition of 3.5G sites to improve general nationwide coverage even further.

Arguably Airtel’s greatest achievement since entering the Zambian space has been via its mobile money offering, with the company now recognised as the backbone of the country’s financial sector; a sector which is pivotal to the future prosperity of the rural population especially.

With more than four million subscribers to its name since its inception in 2011, Airtel Money has received significant investment over the past four years for it to become a market-leading offering among elite company.

Despite the competition, Airtel’s approach has culminated in analysts declaring that its mobile money product has significantly contributed to the levels of financial inclusion now within Zambia.

Kambikambi added in an interview: “Our preference is to provide an assortment of other customer convenient services including the payment of utility bills directly from one’s phone…and the purchase of other goods and services from our growing merchant outlets.

“Our subscribers are educated on Airtel Money and subsequently recruited on a daily basis through our agents; Airtel shops and brand ambassadors deployed countrywide,” she continued.

Investing in these areas of technological innovation not only boost Airtel’s already comprehensive presence in Africa – and individually in countries such as Zambia – but also align with the Group’s overriding ethos of enriching the lives of people in each of its countries of operation.

The company’s mobile money efforts and overall network expansion have had a direct impact on the systematic growth of financial services in Zambia, as well as the accessibility that the general public now has to these kinds of products and services.

This is further epitomised by corporate social responsibility activities in the country, that largely address education gaps and the general lack of exposure to advanced mobile technologies.

A recent partnership with the British Council provided one example of such works through the provision of free internet connectivity to the Matero Girls Seconday School in Zambia; an initiative which will kickstart a programme incorporating a further 280 schools in the future.

“Airtel Networks Zambia Plc is committed to bridging the digital divide, especially in schools where education is key as a springboard for members of society to understand and know what their basic human rights are,” a company representative said earlier in 2015.

The initiative follows on from an extensive effort over the past year, alongside global tech heavyweights, Facebook, to offer free online services to a country previously unexposed to mobile apps or internet functions.

“We believe that every person should have access to free basic Internet services – tools for health, education, jobs and basic communication,” posted Facebook CEO, Mark Zuckerberg during the announcement of the new app, Internet.org.

Gaining recognition and entering partnerships with the likes of Facebook gives an indication of how quickly Airtel has made its mark in Zambia, and with the foundations laid under the new leadership for even further network and service expansion in the future, the company’s influence on the infrastructural and personal development of the country looks set to continue and strengthen moving forward.