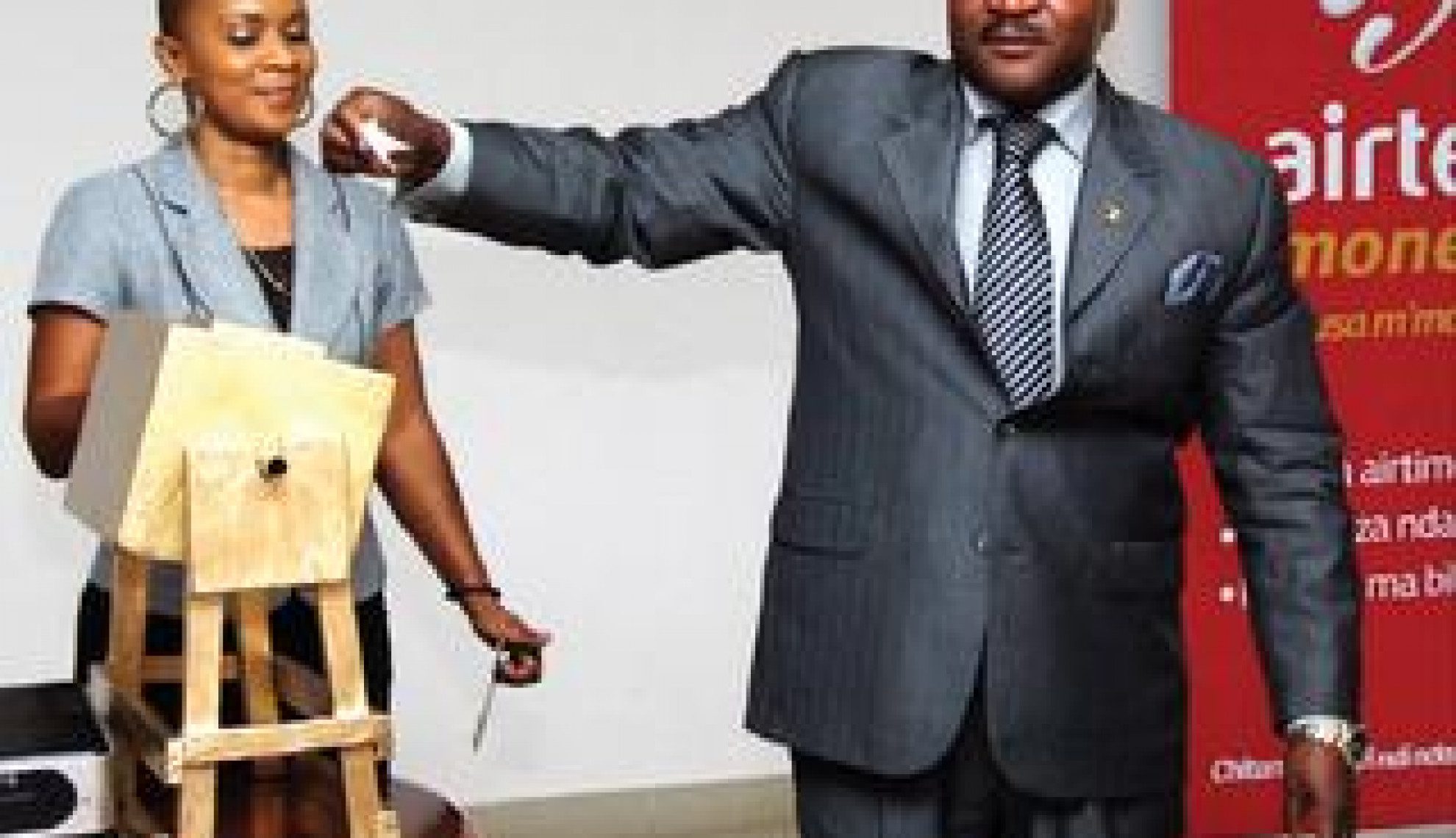 Airtel Malawi on the up and up

As part of plans to meet growing demand for data services among its customers, Airtel Malawi has been deploying high-speed Internet capacity across its network. Managing Director Saulos Chilima tells us more.

Airtel Africa, a subsidiary of Indian telecommunications giant Bharti Airtel, has operations in 17 countries. One of those is Malawi. It isn’t an easy place to operate in – we’ll get onto the challenges – and ranks 157 (out of 185) on the World Bank’s ease of doing business index.

Airtel however is enjoying considerable success and is number one where quality of network is concerned. The launch of its 3.75G platform in the country is certainly aiding that.

“Right now I would say the business as performing very well given the challenges we have in the economy,” says Airtel Malawi Managing Director Saulos Chilima.

Malawi faced serious macroeconomic challenges in 2011 and 2012: growing fiscal deficit and rising inflation. The government, which came to power in April 2012 under the leadership of President Joyce Banda has responded with bold macroeconomic policy adjustment measures including the devaluation of the Malawian kwacha by 49 percent, with a move towards a flexible exchange rate regime, a tightening of monetary and fiscal policy and a removal of subsidies on fuel. The government has also re-engaged with the IMF, resulting in the resumption of direct budget support by donors.

The reforms have helped, as evidenced by improved access to foreign exchange by the business community. Economic recovery, however, is fragile.

“If I go back 12 months, hard currency exposures would certainly be one of the big lows,” says Chilima.

“As a country, we’ve suffered and businesses have suffered. It’s affected several aspects of the business, least of which being the constraints it has put on expansion plans. Obviously when you have a currency issue it impacts significantly on your bottom line.

“We are also faced with energy problems and still experience inconsistent supply. As a result you have to resort to using generators and that puts the cost of running the network up significantly. But one of the important achievements in the last 12 months is the deployment of 125 solar powered towers.”

Despite economic obstacles, Airtel Malawi has achieved much in the last year: the launch of Airtel Money being a major highlight.

“We were first to market with a solution like this and Airtel Money enables customers to reduce dependency on physical cash while providing real time access to their balances in a secure environment,” says Chilima. “The mobile phone market has transformed the face of banking and financial services and Airtel Money offers a large segment of the unbanked population access to financial service.”

Malawi’s finance minister has described the system as ideal for Malawi as “urban populations have typically had easy access to financial institutions while rural populations, on the other hand, have often been left out of the system due to high operational costs and distance from the urban centres.”

“With Airtel Money, both the banked and unbanked customer are able to enjoy the benefits of affordable, fast and secure financial transactions,” says Chilima.

Malawi has a low level of financial inclusion with only around half of the population accessing some form of financial services and only a small percentage accessing formal banking services. Airtel Money has been a huge success with 360,000 customers registered since it was launched in February last year. The service has also been launched in Kenya, Zambia, Tanzania and Uganda.

“We thought we should take the lead and introduce mobile commerce to facilitate transactions, create convenience and security and also bring in something that is a lot more modern in this market,” says Chilima. “the response has been great and the results we’ve seen have been tremendous. It is a great success story.”

And it isn’t the only success. As part of plans to meet growing demand for data services among its customers, Airtel Malawi has upgraded from the 3g data service to a 3.75g network – a third generation mobile network which offers faster information transfer.

The upgrade to 3.75g means Airtel now provides the fastest data speeds in the country, offering maximum internet speeds of up to 21mbps (previously speeds reached a maximum of 7.2mbps).

Chilima says the data service being offered from the 3.75G network infrastructure is not only the widest and largest in Malawi but is also the best and most affordable in the country and said it ties in with the company’s “promise of giving its customers the best mobile telecommunication can offer”.

“We are leading in service performance compared to other networks… and our investments are aimed at continuously improving our quality of service. Our subscribers have welcomed the upgraded network and it will help mobile phone users to make uninterrupted phone calls for longer distances due to its wider coverage as well as access data services such as internet which now has faster speed than before. We always strive to maintain high standards so that we continuously provide an unmatched customer experience.”

With this in mind, Airtel has remained committed to deepening its network coverage, particularly in rural areas – not easy given Malawi’s economic troubles.

“It has constrained our expansion, but you don’t completely freeze, you just slowdown,” Chilima says. “at the same time you have to look at alternative means and ways of avoiding getting to a completely hopeless situation with the deployment. While it was a big challenge, being an international company that is backed by 16 other sister companies on the continent, you get benefits – financial muscle at a group level. Every operating unit must however be profi t-making and sustain its own investment and we do that. So, we didn’t completely freeze the deployment, but we staggered it to compensate for the slowdown and the economic challenges of the last 12 months.”

What about the situation now? Are things picking up?

“Yes, it has improved significantly over the last nine months and there are good signs that the economy is getting back on its feet. Once that happens it becomes an environment conducive for more and more investment,” Chilima adds.

Data usage will grow; so too will Airtel. He is excited. “We want to be ready to pounce. We are focusing on data and are in a good position there. We will also continue the 3g deployment. On the voice front, we’ll bring in quality improvements. That will be done through optimisation of the existing grid and, where there is clear indication that economic activity is improving, we’ll go for new coverage. We are poised to deploy and already have adequate infrastructure such that should we need to deploy we can do it. We are also investing in a new data centre. It will give us bigger capacity.”

Mr Chilima became the fi rst local managing Director of Airtel’s Malawian operations in august 2010 and is one of this country’s youngest executive officers.

He joined the company in 2006 as Sales and Distribution Director, bringing with him over 15 years experience in various sectors.

“Credit has to go to the team – we are achieving some great things,” he says. “we will leave a legacy in Malawi where telecoms is concerned.”

Two years ago, Airtel Malawi was awarded the best data operator in Southern and Eastern Africa by the Africa Telecom People award for best overall network quality in 2010/11. It was also recognised as an opCo of the year among all then Zain operators in 2008.