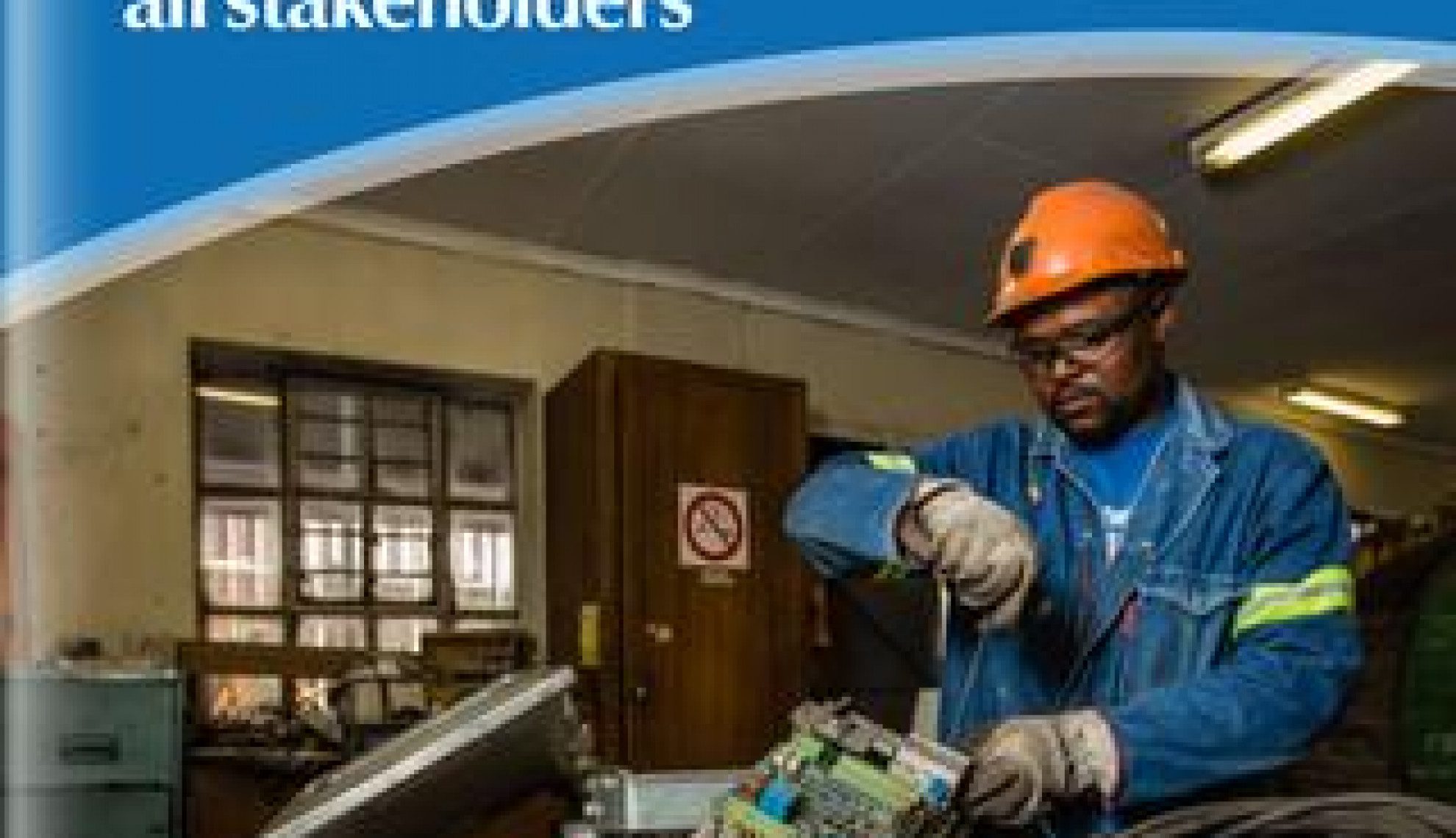 As a vertically integrated producer of specialty alloys, Afarak is recognised as an international leader and a critical ferroalloy producer.

Supplying the cream of the industry crop across the UK, US, Japan, Germany, Finland, South Korea, Sweden, and South Africa; the latter African venture in particular epitomises the growth that Afarak has achieved, and the trends it is able to both adhere to and dictate.

In South Africa specifically, Afarak Mogale has a host of operational plants, four furnaces, a convertor, and two active mines, Mecklenburg and Stellite.

“In all its operations, Afarak is committed to a zero-harm policy and has placed health & safety at the core of its working programme,” Van Der Merwe says. “The Company is a firm believer in technology and is engaged in numerous investment and development projects for chrome ore production and beneficiation which has led to improved production efficiencies.”

Afarak is currently listed on the NASDAQ OXR Stock Exchange in Helsinki as well as on the London Stock Exchange, while it is also staunchly committed to creating value for communities via a wider all-encompassing corporate social responsibility ethos.

The latter has served as a natural progression for the business since its entry into South Africa back in 2009, as Van Der Merwe recalls.

“Afarak acquired Mogale in 2009, providing it with access to the bulk minerals processing sector in South Africa. The acquisition marked a strategic step forward for the Group by providing access to direct current (DC) furnace technology, which has been in operation at Mogale since 1983 and is considered to be a centre of excellence.

And as of 2017, Afarak has converted all its furnaces to Cr as a consequence of being a fully-integrated producer containing Cr mines that can supply lump and fines to both ACs (alternative current) and DCs.

This latest innovation and strategic advantage comes less than three years after the Company announced that Mogale Alloys had completed the installation and activation of its ferroalloy refining and granulation plant.

“The total cost of the investment was approximately R185.1 million and the monthly production capacity of the plant is expected to be 1,500 tonnes of medium carbon ferrochrome,” Van Der Merwe notes. “This allows Mogale to further optimise the quality products it produces. Further optimisation includes production of high carbon ferrochrome which will make Mogale the only producer of HCFeCr in South Africa.”

And with each new strand, plant, product and innovation, the Company stays true to its overriding commitment which revolves around its people and their safety. Zero harm is strived for on a continuous basis, and this in turn is facilitated through the utilisation of modern technologies and processes.

Van Der Merwe continues: “This includes throughout metallurgical recoveries at beneficiation plants as well as using the DC and AC technology at Mogale to its potential. Adding the granulator and convertor has made Afarak South Africa the only medium carbon producer and also allows for a wider range of alloys to be granulated.”

The aforementioned converter and granulator amounted to investments in excess of R150 million for Mogale, and aided in focusing on the medium carbon market while also being able to granulate FeCr to full capacity.

“On the mining side an additional plant to upgrade to chemical grade as well as a small PGM plant are just a few of the exiting new equipment / technologies the mining division is adding,” the CEO adds in regards to the Company’s capital investment approach. “This will all be further value addition to the existing shaking tables which have been hugely successful in increasing yields from ultra fines.”

Over the years, the Group has leveraged a very strong marketing team which has been established with expertise in western hemisphere specialties and the stainless steel market in mind. Through understanding customers’ varying needs in different domains, Afarak has been able to drive aforementioned Cr units as well as trace elements to ensure that these market needs are being met.

“In doing this the convertor allows carbon to be minimised,” Van Der Merwe explains. “The DC technology produces a higher Cr and low Si material and by granulation a very specific size fraction of 95 percent 3×40 millimetre is produced with very little dust and fines. Further focus is placed on trace elements critical for the market.”

Subsequently establishing itself as a quality producer differentiating itself in a big market, the Company has looked to compound its Cr unit advantage via an optimisation programme titled ‘Letsema’ which means ‘a group of people working together’. This was initiated by Afarak Mogale this year and testifies to a vision of maximum possible quality volumes produced within a safe and sustainable environment; by focusing on employees, measurements, achievable goals, and KPIs.

“The drive to maximise Cr units is relentless, while minimising usage of raw materials and electricity remains a focus at all times,” Van Der Merwe continues. “This is done through well-trained and experienced employees utilising assets to the fullest. In doing this, there is always a drive to improve.”

Afarak will continue to utilise its unique market understanding, technological knowhow and drive to ensure that an environment of continued improvement is created in the years to come.

The CEO adds: “In doing this, ensuring sustainable returns to shareholders in a safe environment is critical. Agility in today’s ever-changing markets is of utmost importance and the ability of the Group to ensure good communication and decision making will also remain critical.”

South Africa in particular is and will remain the biggest hub for Afarak in the years to come and is the region where the Company’s sources are most aptly displayed via the Bushveld Igneious complex; where 75 percent of the world’s Cr ore reserves can be found.

In order to capitalise on such potential though, it has been important for the international heavyweight to achieve strong levels of localisation; balancing a plethora of experience and expertise within the business’s workforce, with a strong South African identity.

“We are constantly thriving to retain and develop that talent to ensure depth in human resources,” Van Der Merwe says. “A lot of the leveraging of knowledge occurs between our worldwide operations where world-class operational expertise exists.

“However, in the challenging mining and metallurgical environment of today key skills are critical to ensure safe and low cost operations by utilising our most important assets: our people.”

Similar levels of strategic consideration are seen throughout Afarak’s supply chain too where BBBEE is driven concertedly as part of a wider CSR ethos which sees local development programmes a constant among the Company’s activities.

And in stabilising the Company’s influence within South Africa, it remains best equipped to react effectively and efficiently to any industry trends and sector fluctuations on the horizon; one recent occurrence being the stainless steel industry’s significant growth over the past decade, and the subsequent rise in demand for Cr grades (Cr puts the ‘stainless’ in ‘stainless steel).

“By understanding the full value chain from resource and reserve, to mining, to beneficiation, and to smelting; FeCr Afarak is able to adapt and push the VIU (value in use) of Cr and to exploit quality to enable differentiation,” Van Der Merwe adds. “With a strong balance sheet and a good credit rating Afarak is well poised to grow. Afarak is a fully integrated producer of Cr starting from resource and reserve to mining and beneficiation.”

He concludes: “Driving the basics and ensuring the focus on niche, value-added products have been embedded, will help to produce extra volumes in the future while optimising costs of production too. And of course, this is achieved while ensuring product quality and zero harm during operations.”