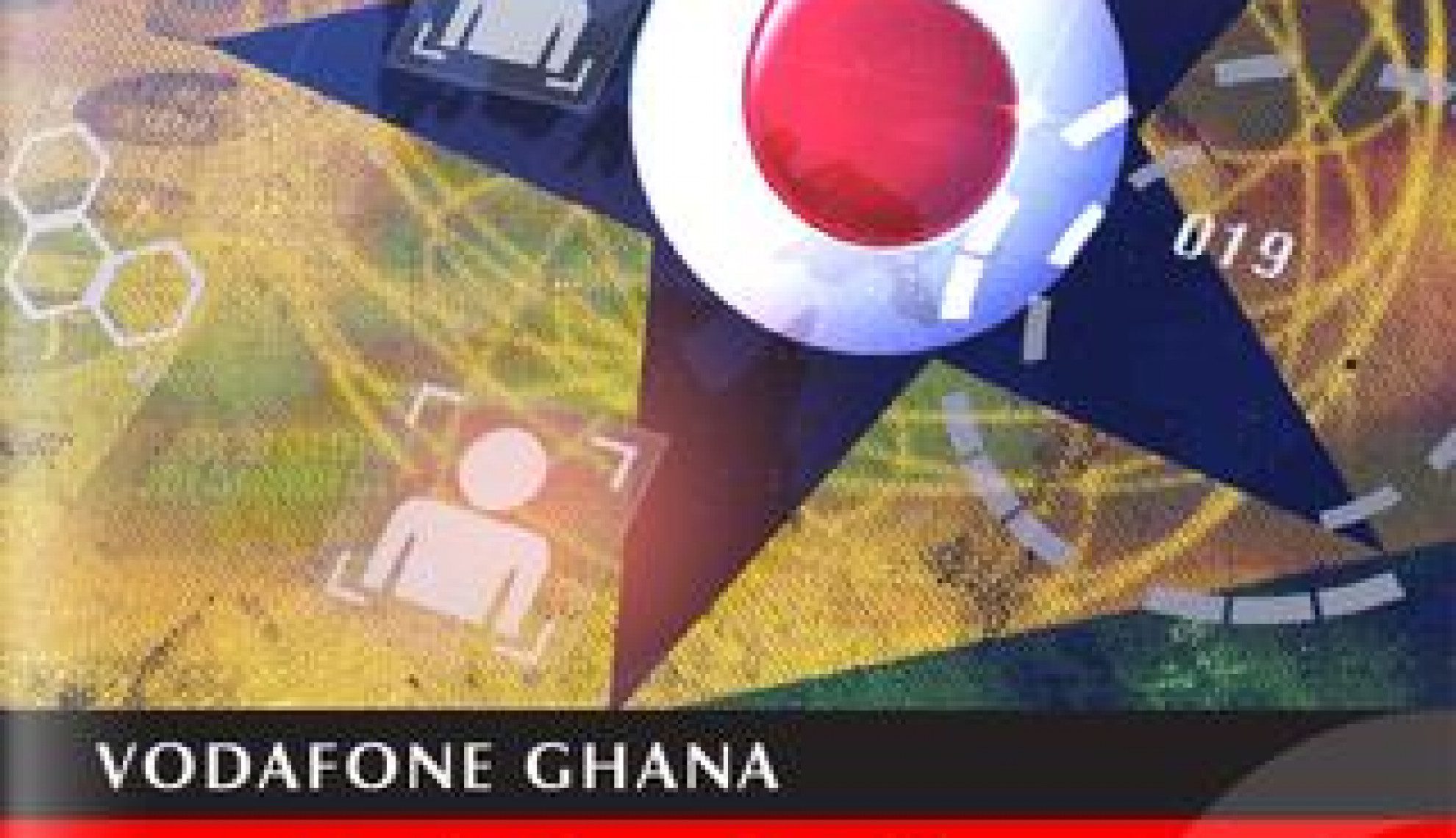 The Journey of Transformation Continues

Vodafone Ghana has surpassed its expectations in 2015, fulfilling its ambitions not only in terms of network expansion, but also across its wider, more all-encompassing, goal of enriching the country as a whole.

Established in 2008 following the acquisition of Ghana Telecom, the core blend of mobile and fixed offerings has been complemented in the subsequent seven years by a plethora of value-add services, bridging mobile money and broadband data especially.

The latter has been a core focus over the past 12 months too, having invested GH¢4.5 million into its fixed broadband network, once again finding a way to enhance what is already a market-leading option for its loyal customers.

“We have invested in modernising the infrastructure as well as developing a backbone of fibre across the entire country. This is not only serving the needs of the Company, but also the wider industry and other players in the market who want access to that connectivity,” explained Chief Executive Officer (CEO), Haris Broumidis at the start of the year. “The process has been a journey of transformation, and still remains an ongoing agenda.

“It is our responsibility to ensure that every corner of Ghana reaps the benefits of the Vodafone offering in their lives.”

Such widespread national transformation isn’t always as simple as injecting money into a project however, with the digital domain influenced not only by market competition, but adjacent industrial challenges as well.

The advent of the energy crisis, for instance, has made it difficult for all operators to offer consistent connectivity across both fixed-line and broadband services, and has subsequently formed a battleground on which the sector elite have been competing to find a differentiator or solution.

In Vodafone Ghana’s case, this has included an upgrade to its existing power sources to provide a more reliable and resilient service to customers, while continuing to offer all active fixed broadband customers up to 20GB worth of mobile data to ensure unwavering connection.

Julius Owusu-Kyerematen, Head of Vodafone’s Fixed Broadband business said: “It is not in doubt that the energy crisis has had profound commercial impacts on our operations as a Company. However, I must say we are happy with the investment we have put in place so far to bring comfort to customers.

“Going forward, we will continue to implement measures to continuously support the network and ensure our customers are offered a great experience with our fixed broadband.”

Continuously at the forefront of innovation within Ghana, the need to keep ahead of the industry curve is inevitable for any Vodafone entity, but it is the Company’s ability to act locally within its wider organisational framework that has won it so many accolades and plaudits over the years.

Its mobile money platform is further evidence of this, developing a service, in the form of M-Pesa, which addresses the specific needs of the domestic population and the local business scene.

“If you take mobile money for example, we launched this platform in 2015, following other operators that have already done so in the market,” noted Broumidis. “We are confident that ours will be a game-changer in the country. We have a track record as a global company with this service, having introduced the concept to great success in countries like Kenya and Tanzania, with M-Pesa.

As a result of this continuous drive to improve the availability of such services, August, 2015 saw all customers gain the ability to rollover any unused data allowance from their broadband service to the following month, as a way to bring even further value and convenience, while its free 20GB offering will continue into 2016 as well.

From an enterprise perspective, this same dedication to progression has been evident in 2015 through the reintroduction of its ‘Red Business’ product, in an effort to entrench its position as the Best in Telecoms business; a feat recently achieved at the Ghana Telecom Awards.

The initiative is part of a strategic commitment to identify and meet the bespoke needs of its SME customers across the country.

“The customer is at the heart of the business landscape in the present dispensation,” Angela Mensah-Poku, Head of Vodafone Business Solutions added. “The service-dominant logic is what makes businesses successful and it is something we have unflinching dedication for.

“Going forward, we want our customers to be rest assured that all their concerns will be effectively addressed by us. We want them to know that without them we have no business”.

Elsewhere, Vodafone Ghana has invested $700 million into its network in 2015, in line with a wider Vodafone Group directive, as well as launching new M2M services and a Vodafone Appstore; rewarded in turn by an increase in subscribers from 6.9 million to 7.3 million.

“Back in 2008, at the time of Vodafone Ghana’s inception, there were only 400 sites across the country, a figure which needed dramatically increasing if the business was to implement its acclaimed array of network services,” Broumidis recalls. “Six years on and that increase has culminated in more than 2,000 sites being developed – and counting – signifying the success of a transformation period which has already dramatically improved the levels of coverage and quality within the country.”

Improving the country is ultimately what Vodafone has always tried to achieve in Ghana, and this is apparent not just within its technological expertise, but perhaps even more significantly across its corporate social responsibility efforts.

In 2015 this has comprised the launch of Vodafone Farmers’ Club; a range of mobile services tailored directly for the farming community with a view to help counter the numerous agricultural challenges that have engulfed the nation in recent years.

“One-third of humanity relies on food grown by 500 million smallholder farmers with less than two hectares of land. As Ghana’s population continues to expand, farmers have an urgent need to produce ever-increasing amounts of food without destroying habitats or depleting resources in unsustainable manners,” explained Serpil Timuray, Regional CEO of Vodafone Africa, Middle East & Asia Pacific. “Smart and forward-looking initiatives such as the Vodafone Farmers’ Club concept can make a real difference in addressing the global challenge of food production and security.”

Areas of health and education are similarly addressed, often in conjunction with governmental initiatives, as Vodafone continues to positively impact a country which increasingly embraces the global brand as its telecom operator of choice.

“Vodafone has a global strategy in terms of how we operate across different countries and we need to work within that framework. But when it comes to execution, it’s pretty much a local issue that takes into account competitive dynamics, market maturity, and our market positioning,” Broumidis said in relation to the Company’s philosophy in Ghana. “Our fundamental belief is that while we are a profit-making organisation, we cannot have a sustainable business future if we don’t make a real social impact on the world around us.

“The more the economy progresses and the better prospects Ghanaian companies and people have, the better the conditions will be for Vodafone to grow its operations within Ghana.”