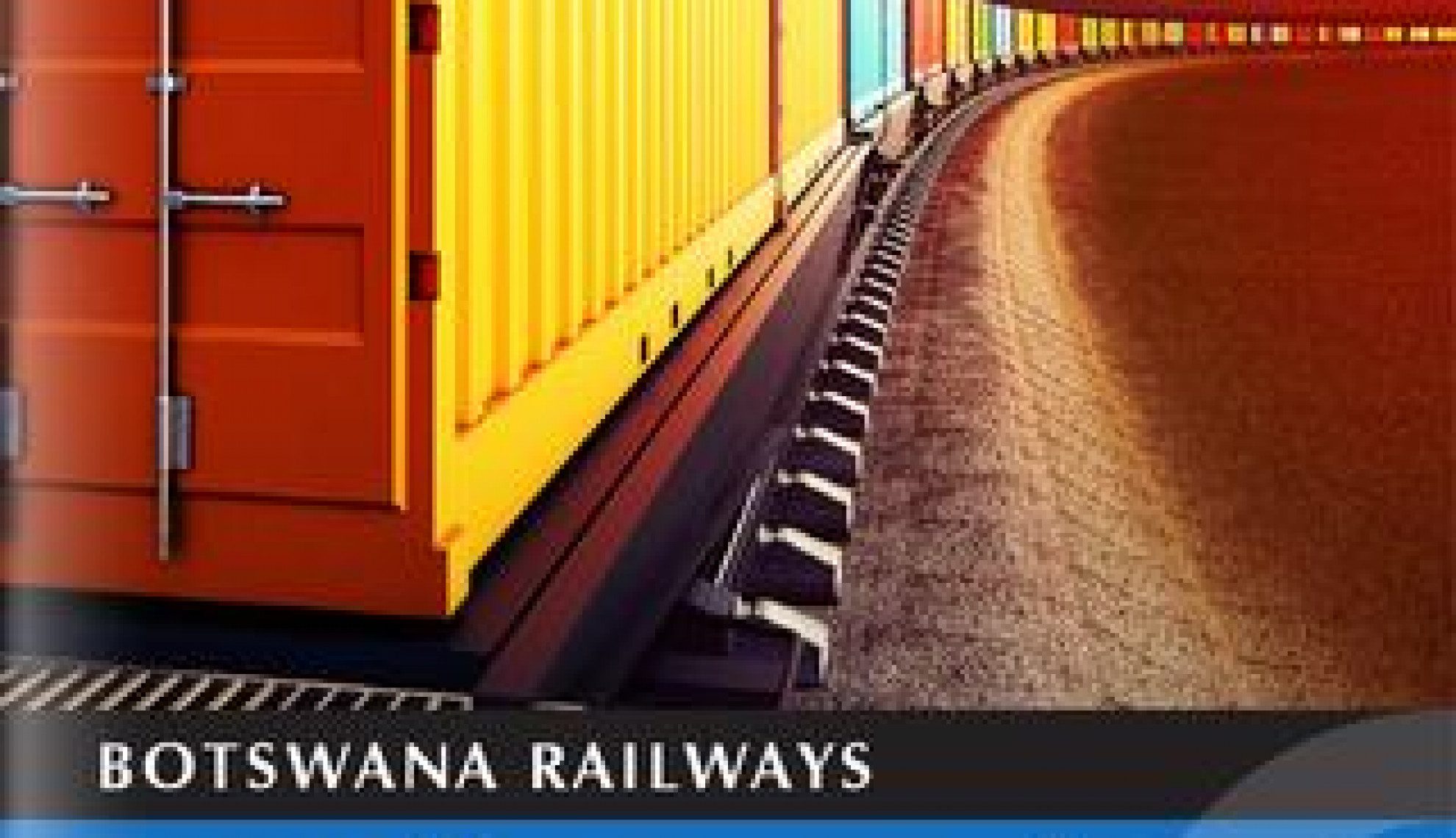 Created in 1987 as the result of the Botswana Railways Act instated by parliament in the previous year, Botswana Railways became the first state-owned railway to transport bulk freight, parcels and passengers via its growing network of track.

Initially buying out the Botswana-based sections of the National Railways of Zimbabwe (NRZ), who had been responsible for operating the rail system from Bakaranga to Ramatlabama since Botswana gained independence in 1966, Botswana Railways is now responsible for the connection with the NRZ in the north and Transnet Freight Rail in the south.

Over the years, Botswana Railways has been marred by a number of economic and internal challenges, which in 2006, resulted in the deployment of a seven point turnaround strategy designed to transform the Company and refocus it in order to improve its performance and profitability through a total re-engineering process.

Today, Botswana Railways’ freight service is heralded as “the most convenient, reliable and cost-effective mode of transport to use for moving bulk commodities in Botswana”. Targeting bulk commodities that would otherwise be operationally challenging to transport via road, the Railway regularly transports commodities for the country’s burgeoning coal industry in a promising bid to help develop Botswana’s economy by attracting mining Companies that want to improve transport efficiencies.

Expanding rail connectivity has been a focal point in the Company’s continuous improvement strategy in recent years, marked by the Trans-Kalahari Rail project, which is set to benefit the mining industries and encourage cross-border trade and transport from Botswana’s rich coal fields to the Namibian coast.

After Namibian and Batswana officials met in Walvis Bay to sign a memorandum of understanding (MoU) in March 2014, the two governments were eager to establish joint ventures as well as the relevant public private partnerships (PPPs) to drive the processes necessary to see the successful construction of the long-envisaged Trans-Kalahari railway line.

18 months on and the two countries are taking the first steps to realising the multi-billion dollar railway project with the creation of an office in Windhoek that will be staffed by officials from both places.

Namibian spokesperson for the project, Robert Kalomo said in a recent interview that the office will initially be manned by six individuals, three from each country, citing that there will be “a whole range of issues such as legal and cross-border matters to be agreed upon before the project can proceed”.

“We have not yet selected the companies that will implement the project. This will only happen after expressions of interest have been invited,” he said.

The Trans-Kalahari Rail project will involve complete rehabilitation of the TransNamib line from Gobabis, via the capital Windhoek, to a new $2 billion port at Walvis Bay.

Despite the fact that Botswana and Namibia have already signed a bilateral agreement to develop the 1,500 kilometre railway for transporting an estimated 90 million tonnes of coal exports to the port, there has been no major interest from investors in the project as of yet, but it is still early days.

Kalamo said he welcomed investors to approach institutions, such as the World Bank and the African Development Bank, if selected to help carry out the massive project which is expected to be completed within five years. As demand for coal is expected to peak around 2020, Botswana hopes to take up the lion’s share of total coal exports, with the aim of exporting 10 percent on the world’s total coal production and placing them in strong contention with Colombia, Australia, Russia and South Africa.

Botswana Railways offers professional and seamless solutions for the country’s rail-based transport and logistics sector. By working closely with its customers in designing solutions to meet its specific needs, the Company endeavours to provide superior customer service and ensure the transport of freight from A to B is handled as smoothly and safely as possible.

Botswana is in an advantageous position when it comes to its untapped coal deposits and the subsequent trade that this could bring. In 2013, it was reported that reserves at Mmamabula, near Mahalapye, were estimated at 2.4 billion tonnes, with an extractable tonnage of 1.5 billion; while reserves at Morupule exceeded five billion tonnes, with a potential export capacity of approximately 100 tonnes a year.

Based on this information, it is clear why rail operators in neighbouring countries have such a keen interest in the trade and traffic that rail improvements could bring; and South Africa’s Transnet Freight Rail hoping to start running trains from Morupule is a prime example of this.  However, a vital part of determining the Botswana Railways’ long-term future stems from the Company’s partnership with its neighbour in Namibia and the creation of the Trans-Kalahari Rail, which will be one sure way to re-fire and encourage trade with the landlocked country.