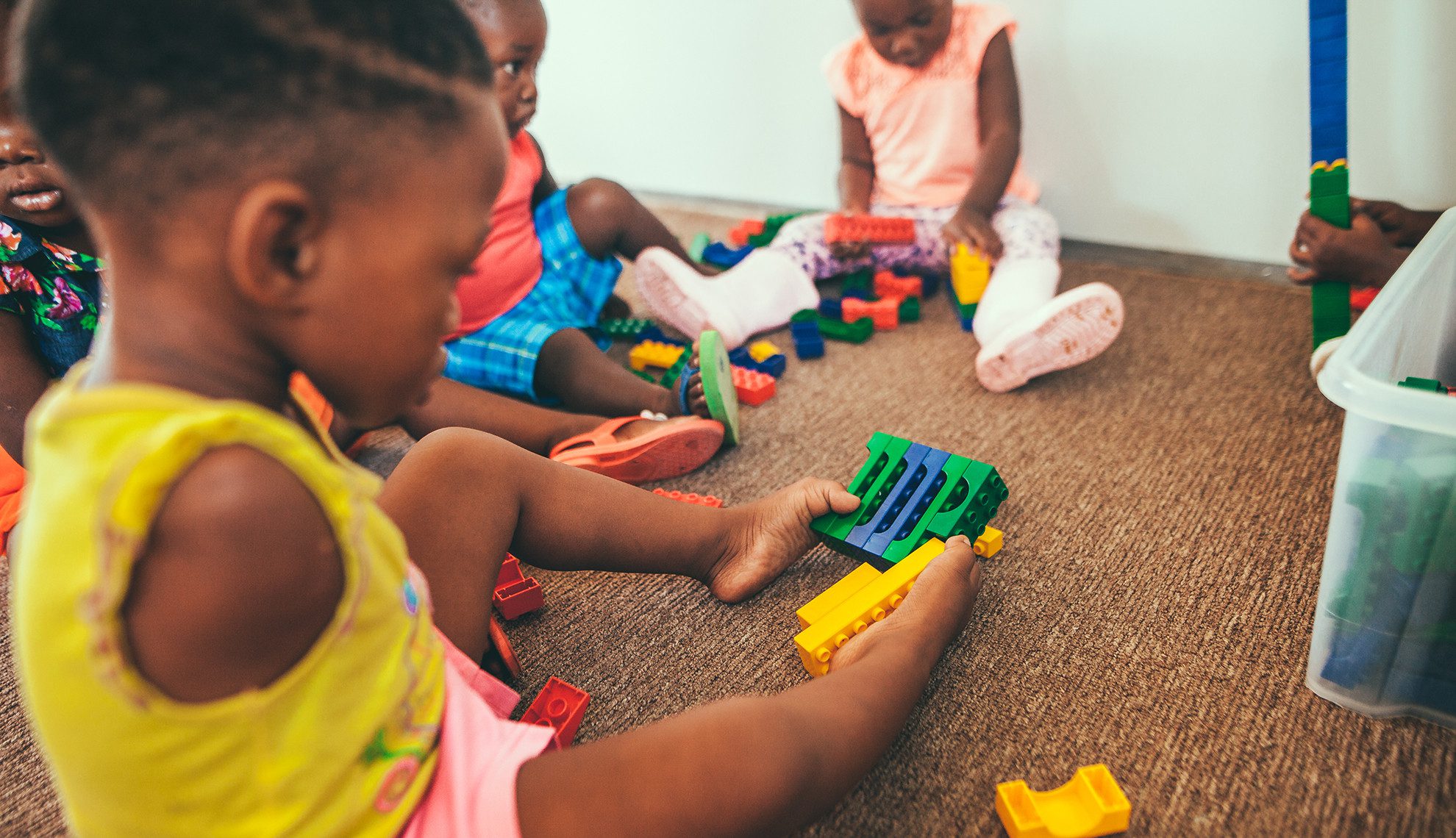 Belgotex continues to champion a culture centred around human mindfulness, the company also expanding its export activity in order to navigate a challenging domestic backdrop

“The reason why I got involved with the business is 100 percent heart.

“It is something I have lived and breathed in as a third-generation family member, and my grandfather and father have put the company above pretty much everything else in their lives. I grew up surrounded by a ridiculous passion for the business and the industry in South Africa.”

For Edward Colle, following in the footsteps of his forefathers was almost a sense of duty.

Inspired to honour their legacy and positively contribute to society, he was never going to turn the opportunity down when it presented itself.

“I always felt proud of the organisation, so when my dad asked if I wanted to be a formal part of the company around 12 years ago, it felt like the beginning of a new life,” he continues. “Being part of the journey and carrying on the legacy is what I am here to do, and I am driven by the same engrained passion that my father and grandfather had.”

The family firm in question is Belgotex.

A one-stop shop flooring operation supplying residential and commercial customers all over South Africa, the company is a member of the wider Belgotex International group which is home to seven divisions across four continents.

Having spoken to Africa Outlook approximately a year ago in the summer of 2018, Colle soon turns to exciting recent developments which have seen the South African operation grow in a number markets around the world, a move necessitated by a tough economic climate at home.

“We are operating in an extremely challenging South African market at the moment,” he says. “The building industry is enduring a very testing period, and we don’t see it turning around in a big way anytime soon, which obviously impacts major suppliers to the industry like ourselves.

“However, we must navigate this by continuing to innovate and bring new ideas to the table, acting as a beacon of hope and sticking to the belief we have in our product category.”

Such belief has been demonstrated particularly strongly in the export side of the business.

As well as selling to African firms, Belgotex has increased its business in India, Australia, New Zealand, Dubai and Saudi Arabia, Colle enjoying the challenge that breaking into emerging markets brings.

He adds: “We have been able to unlock new markets thanks to the creative expertise and equipment we have, bringing something different to other countries.

“I like emerging markets and being able to take what we have learned in South Africa into a new context and backdrop – areas such as Europe and the US would present greater challenges to us as they are much more mature environments with long-established ways of doing things.”

In terms of the products being sold, Belgotex has stayed true to the proven formula that has worked in its home country, at the same time recognising that flexibility around price points and other finer details are essential in establishing itself elsewhere.

Indeed, the ability to identify cultural nuances and avoid approaching new markets with the same one size fits all business model approach has been key to its ongoing success abroad.

This is not to suggest that Colle or Belgotex have lost faith in their beloved South Africa – far from it.

“I believe very strongly in South Africa in the long term,” the CEO says. “The upside will come and there are many tremendous stories still to be told not only in our country, but across the whole region. We are a very capital-intensive business and therefore must be patient.”

For Colle, it is vital that the company focuses on developing the controllable elements while it navigates through a difficult domestic climate.

In this case it is internal culture. The topic formed the cornerstone of our last conversation, and the period since has seen Belgotex make promising strides in its bid to instil mindfulness across the whole organisation, not least in the area of individual empowerment.

“We are continuing to unpack and implement our new culture programme, a process which continues to deliver both highs and lows,” Colle says.

“It is difficult to measure progress in empirical terms, as culture is something which constantly evolves and is always alive – however, some of the higher highs have been people coming forward and really taking charge of their personal growth.

“By facilitating conversation, we have been allowing our people to grow for themselves, overcoming issues and growing as a person, and that will ultimately benefit the business as well. If we can help create more mindful humans, then our culture drive has been a success.”

As Colle hints, however, it has not been a process without challenges.

“The difficult aspects have involved intervening in some disciplinary cases,” he adds, “where upholding our company values is more important than the bottom line. While having the guts to do it is definitely a high point, it can lead to some tough decisions being made.”

The pursuit of mindfulness also trickles down into Belgotex’s approach to CSR, another one of the controllable elements Colle refers to.

Determined to make a meaningful mark beyond what he describes as one-off feel-good projects, the CEO is quick to point out that there is far more to being in business than making money. Rather, it is about how you use the position of relative power.

“We want to identify and support the poorest of the poor and there are many different things we are putting in place which will help people climb out of poverty and restore their dignity,” Colle explains.

“Society has left many people behind, and I feel there is almost a brain freeze going on at the moment in terms of how to help them. What I do know is that we are in a position to do something about it.”

This is where the Belgotex Foundation comes in.

Established to ensure that the company’s CSR approach is values-driven and integrated across the entire business, it is responsible for a number of programmes and projects which are anchored in economic inclusion and social wellbeing.

Its mantra can be summarised by the following: “Choice is where dignity starts and the world will only change when we view truly low-income individuals as participants in their local economies, as consumers and producers rather than as passive recipients of charity.”

This quote is taken from C. K. Prahalad’s book The Fortune at the Bottom of the Pyramid, and has become a reference against which all investment decisions are made.

Belgotex has always looked to form deep connections with people, product and the planet – The Foundation is contributing to resilient and economically active communities by investing in ecosystems of change, rather than ecosystems of chance. By embracing the concept of occupational intelligence and using robust tools such as the Poverty Stoplight, The Foundation promotes the theory of thought that an individual’s self-belief is fundamental to their quality of life. This is key for humans to move from dependency to dignity, proudly proclaiming: I CAN DO THIS!

The learning materials, projects and programmes have been geared around real income opportunities, human optimisation and thriving small and micro entrepreneurship. Collaboration with likeminded partners who value the fundamentals of healthy ecosystems of change has been the key to success. For Belgotex, poverty eradication is not something that can be done in insolation and requires volition and diversity of thought.

Another important focus for Colle over the course of 2018 and 2019 has been sustainability.

Here, Belgotex has been able to celebrate a number of HSE successes, including the award of OHSAS 18001 and ISO 50001 energy management certifications. 2019 also saw the company set a target to derive 10 percent of its manufacturing energy requirements from renewable sources.

In order to fully embrace sustainability, however, three key pillars (people, product and planet) must work in harmony.

“It is easy to say things about sustainability, but we must be able to live it and not just talk about it,” explains Colle. “In order to do that we must build up proper structures and a team to evolve and progress our green journey. We recently appointed a sustainability officer in a consultancy role with a view to develop a full-blown sustainability team who live, breath and sleep sustainability.

“What we have at the moment is a group of passionate people and buzzwords but not a coherent structure to put this passion into action. We’ve achieved some great things, but now is time to make sure this cuts through the whole organisation.

“The conversation is going to be taken to all of our stakeholders, who need to be asked what sustainability means to them, and what they expect from us.”

By engraining sustainable values and practices into the Belgotex DNA, the company is helping to futureproof itself further against a backdrop that Colle believes will grow tougher before getting easier.

Indeed, the CEO looks 10 years ahead, outlining ways in which the firm can slowly build momentum.

He concludes: “Understanding our distribution channels in a more meaningful way and engaging our supply chain is a priority for us, seeing how we can extend the service offering on both sides. For example, the areas of online retail and franchising as ways of marketing our business is something I would like to explore.

“We also sat down last year and said that things are shaping up to get tough, and we need to stay patient and continue working on ourselves as humans. At the end of the day, this is what we can control, and we have done well in sticking to that task and not getting too distracted.

“There is still so much potential to learn, develop as a company and impact people’s lives. This won’t land in our laps – we most go out there and use some creativity to find it.”