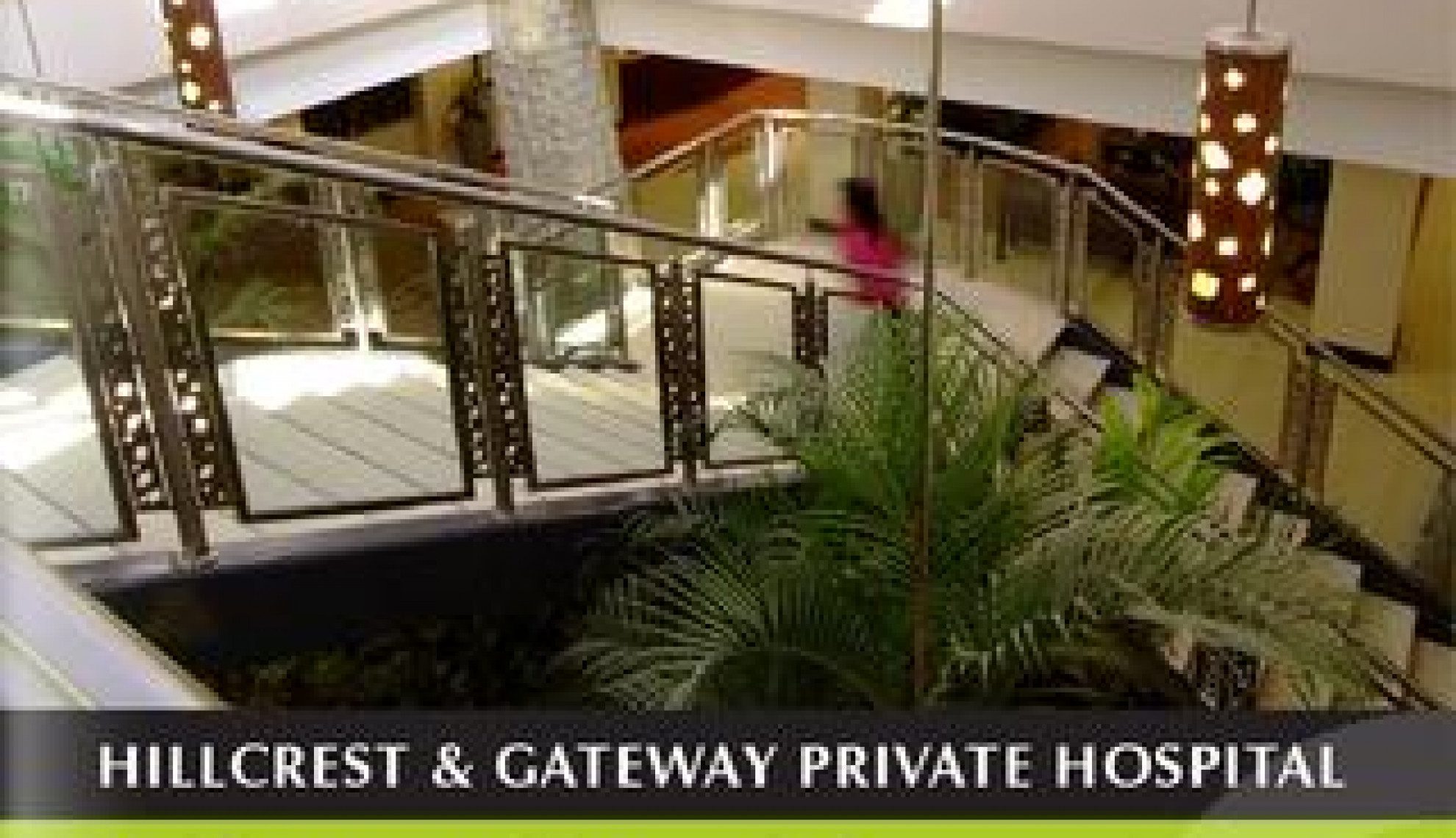 A Gateway to Enhanced Healthcare

The KwaZulu-Natal (KZN) region of South Africa has been graced by the comforting presence of Hillcrest Private Hospital for nearly four years and is now being complimented by the first tailored, purpose-built surgical hospital in the area; Gateway Private Hospital.

The two healthcare facilities are now working in tandem to produce a turnkey offering for patients within the region, improving not only the scope and capacity emanating from the parent Ross Healthcare Group, but also the quality and standards of healthcare being offered across both.

As a division of J.T. Ross, Ross Healthcare specialises in facilitating the development and management of private healthcare facilities, leveraging the history and reputation of the wider organisation to incorporate its own business philosophies.

This was first brought to the fore in 2011 through the inception of Hillcrest Private Hospital, overcoming skills shortages to establish a core medical facility within the area for as many as 200 patients at a time.

Priding itself on the speed of admission as well as the management and investments being made to the hospital, the Group has now replicated the initial successes of Hillcrest to unveil Gateway Private Hospital; a facility which is sure to adhere to Ross Healthcare’s ethos of quality workmanship, integrity and reliability.

Being affiliated with Hillcrest has already elevated this new establishment to reputable status, while Ross Healthcare has ensured that the same modern and comfortable design has been applied.

Proof of the Group’s strategic success was evident before the doors were even opened as it attracted 200,000 online applications for positions within the hospital; subsequently allowing the institution to cherry pick the very best skills for the job. This was an aspect that had initially proved challenging when getting Hillcrest off the ground four years previously, emphasising how far the organisation has come.

Throughout all these provisions, the differentiators needed to become a leading private institution are seen not only through embracing the latest in technologies, equipment and instrumentation, but also via the levels of comfort and serenity that patients can expect during their stay.

Again following from Hillcrest’s lead in this respect, Gateway boasts private rooms accessing spectacular views as well as numerous leisure and relaxations facilities to enhance the healing process and general well-being of each and every patient.

“As patient and family centred care is the guiding principle of service delivery at Gateway Private Hospital, every effort has been made to ensure that facilities are provided to enhance the experience of all those who visit the facility,” the hospital said upon its inception.

Having a clear idea of how the hospital should run and to what values it should operate has allowed for immediate success for Gateway.

“As a unique specialist surgical hospital, Gateway Private Hospital has been purpose built with the latest and most advanced technology and equipment to provide patients with the best experience and positive clinical outcomes,” the hospital said. “With a focus on both patient and staff safety, the hospital has purchased mobility assistance devices and prevention equipment from world-class suppliers to limit the risks of pressure ulcers, falls and venous thromboembolism.”

Addressing pressing areas of mobility, bed capacity and standards, training initiatives, and the levels of care each patient receives has already led to the hospital carrying out more than 100 cardiac angiograms.

The company continued: The cardiac catheterization unit can not only boast the latest technology and equipment, but is also currently one of the few units in the country where radial approach angiography is predominantly performed.

“Radial approach procedures allow patients to have coronary angiography and interventions, including stent placements, by accessing a small blood vessel in the arm rather than having to puncture the large vessel in the groin.

“This improvement on the standard approach has a marked increase in the safety of the procedure by reducing the risk of bleeding and vascular damage, and improving the comfort of the patient. The radial approach procedures can allow patients to be admitted and discharged on the same day.”

Not to be outdone by its younger sister hospital, Hillcrest is also on the verge of some exciting new developments and additions to a facility which has gone from strength to strength since opening in 2011.

Again following a core ethos, this time of customer, care and comfort – the three ‘Cs’ – a brand new rehabilitation and vascular theatre is set to be unveiled in March 2015, complementing  eight new doctor suites and the application for enhanced cardiac facilities and also a spinal and stroke rehabilitation unit.

Remaining proactive and progressive is pivotal in such a fast-moving industry and especially in the private sector where a competitive element to be seen as the best healthcare provider is also brought into play.

To this end, a new specialists wing has also recently been completed to garner the best possible working conditions for the hospital’s consultants, while a new state-of-the-art laser is also having a dramatic impact on the safety of cataract surgeries.

“Cataract surgery is one of the safest operations performed in medicine today and has now become even safer with the use of fully computer generated and guided laser controlled surgical incisions to perform the entire operation without any manual blades or knives.”

Developments such as these are indicative of not only Hillcrest Private Hospital, but the overall environment that Ross Healthcare has manifested over the past few years; combining facets of a relaxing and healing-conducive surrounding, with the very latest clinical advancements.

Alongside this exists a very active presence in the KZN region, making sure that the same high levels of care are not just restricted to the confines of the Group’s hospitals but also into the surrounding areas through corporate social responsibility efforts.

Offering free blood pressure and glucose tests to the general public is just one of these initiatives that have helped bring the introduction of Gateway Hospital into the consciousness of the local population.

Sue Bailey, Marketing and Communication Specialist for the hospital said: “The community awareness day was an opportunity for Gateway Private Hospital to showcase the specialized services that the new hospital has to offer the community.

“In addition the awareness day forms part of the ongoing commitment by the hospital to assist the community. We believe that by offering free blood pressure and glucose tests, Gateway Private Hospital proves that it is serious about taking healthcare management to the people it serves.”

This is an initiative which Gateway will certainly be repeating over the coming months as the hospital’s reputation will inevitably continue to grow parallel to Hillcrest’s success.

With the Ross Healthcare blueprint engrained now across the KZN region, and proactive investments being carried out on an ongoing basis across both hospitals, Gateway should now provide the final piece to the jigsaw through its surgical capabilities; ensuring that an overall infrastructure is firmly in place to achieve its vision.