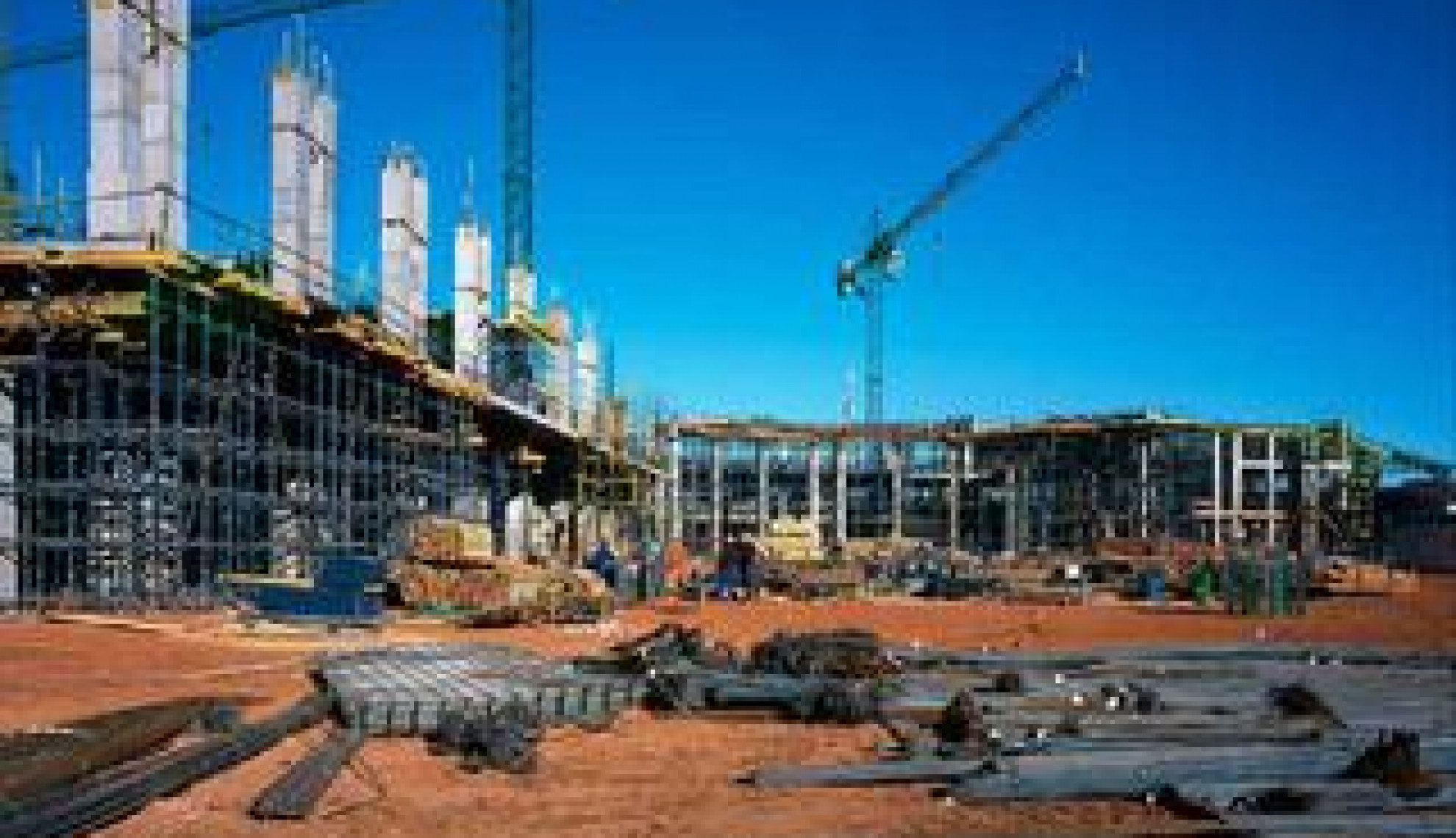 In its 30 years of existence Murray & Dickson Construction has undertaken building projects in the commercial, retail, industrial, educational and leisure sectors – completing everything from offices, shopping centres and large factory warehouses to mini factory complexes, motor showrooms, schools and university buildings. This coupled with its Civil Engineering expertise allows the company to compete in a broad spectrum of construction projects.

You may or may not know that 1983 saw the release of Microsoft Word and was the year that McDonald’s first introduced the McNugget. In Gauteng, and certainly the offices of Murray & Dickson Construction, the year is remembered for a different but very special reason. It was the year that Andrew Murray – and a partner who since left the business – launched the company.

While it was a “tough slog” in the early years, the business has grown exponentially from its modest beginnings to a company that now handles most facets of building and civil engineering construction within South Africa.

“I started it with a fellow civil engineer and the idea was to create a construction company that was essentially a general contracting firm. It started off very small. We did weekend work building garden walls, putting vinyl down in blocks of flats and so on. We were fortunate to get an early job where we designed and constructed a factory for a client.

That was in 1983. Shortly thereafter the economy took one of its many nosedives and my partner left two years after we started. I battled on for a few years surviving on house alterations. Gradually things picked up and we moved on to houses and small commercial jobs and eventually grew a lot larger.”

“They were young, hungry and very ambitious. They, and Nic Strehler who joined shortly after, added a new dimension of competency to the business,” he says. They also brought BEE level 2 accreditation and several new ideas, culminating in the 2007 acquisitions of DOD Contractors (Pty) Ltd (together with its earthmoving plant division) and the earthworks and pipe laying expertise of Kevin Peinke cc.

The second acquisition resulted in the creation of Murray & Dickson Pipe (Pty) Ltd.

“When Renell and Rukesh came onboard it gave us an elevated BEE rating, although that was never the reason for employing them. They were picked on their abilities alone. But the BEE component – we are a level 2 BEE company with 50.5 percent black ownership – opened up many doors for us and gave us the confidence to get into bigger contracts. We had only previously done smaller jobs but suddenly we were tendering on contracts that were over R50 million. At the time our annual turnover was less than that. To be honest it took a fair amount of courage, but Renell and Rukesh gave us the confidence to do it. That is when we started taking on larger and more diverse contracts. We were, however, concerned that all our work was in building construction. We realised that if anything ever happened to that market we would be very exposed, so we started looking around with a view to getting involved in civil engineering. That is when we bought DOD Contractors and the large diameter steel pipe laying capabilities of Kevin Peinke. Kevin and his son Kyle have remained with us and are shareholders in Murray & Dickson Pipe.”

“As soon as we made the DOD acquisition the market tanked,” admits Murray. “The earthworks business dried up completely. People turned the taps off in 2009 and earthworks were first to be affected. That business, we never got into. But we did move plant and equipment into our pipe laying division and slowly started acquiring jobs which was strategically good for us, as building construction was experiencing a downturn.”

Its pipe lying division has been the star performer of the last few years and now, with the market improving for other sectors of its business, Andrew is looking to the future with renewed optimism.

“For 2009, 2010 and 2011 turnover was pretty flat and then it dipped in 2012. Construction by 2012 was horribly competitive – profit margins, everything was squeezed. It was a struggle. We have found that this year, 2013, things have picked up quite dramatically both in construction and civil engineering and pipelines. In terms of the pickup, we’re talking something like 50 percent from a turnover point of view. Profits are still tight but things are looking better.”

Accelerated development of several water projects across South Africa have contributed to this. The decision to open Murray & Dickson Pipe (Pty) Ltd looks like an inspired one.

“I think infrastructural spend is starting to become a reality and water supply is going to be something that will boom. You have growing urban populations and they need water. This is one of those needs that government cannot ignore.”

That’s not all on the job front. Since 2001 Murray & Dickson has been actively involved in the refurbishment of both commercial and residential inner city buildings in Johannesburg. It has a very close relationship with Wits University, with whom it has completed several high profile projects – and it has just won another fixed-term contract that’ll see it complete several more in the near future.

“Wits University has been a client of ours for many years and we previously won a three-year framework contract – an NEC, best practice, collaborative procurement contract. We are pleased that we have won another three-year fixed framework contract, on open tender. I think we understood the contract and its value to us and we are working with Wits currently building a Maths Block for them on their West Campus.”

Murray & Dickson Construction wants to offer all staff a career path within the company, believing it is the best reward it can offer. Mr Murray believes that the employees within a company and the relationships one builds with clients ultimately dictate the extent to which a company will succeed.

Expect to see much more from this ambitious construction firm.


“There is no doubt that construction is a tough business and anyone embarking on it, I believe, has to know that,” says Andrew of his 30 years running the firm. “It is a business where cashflow isso important to manage. There have been a number of times when one has wondered whether or not it was really worth continuing. You just don’t see light at the end of the tunnel. But suddenly things start improving and all the hard work has been worth it. Significantly though, you have to invest. When you look at our pipe laying division it is quite capital intensive, with expensive plant and equipment, but the investment has paid off. You have to keep investing in the company otherwise it is never going to amount to much.”

His task now is to make sure the business is in good shape for future growth and his eventual retirement, although at 57 years young it is still a while off. “I do see a bright future. We have a marvellously diverse and enthusiastic team. There are very few construction companies that have our BEE rating and we are able, on our cidb ratings alone, to take on any size contract.

“What we are increasingly trying to ensure is that we have a broad base of talent within the company. This will allow us to continue to expand the construction services we offer and allow new leaders to emerge within the company. We have recently completed turnkey projects where we offer our clients a complete design and construct package, relieving the client of the difficulties of working with unknown professional teams.”