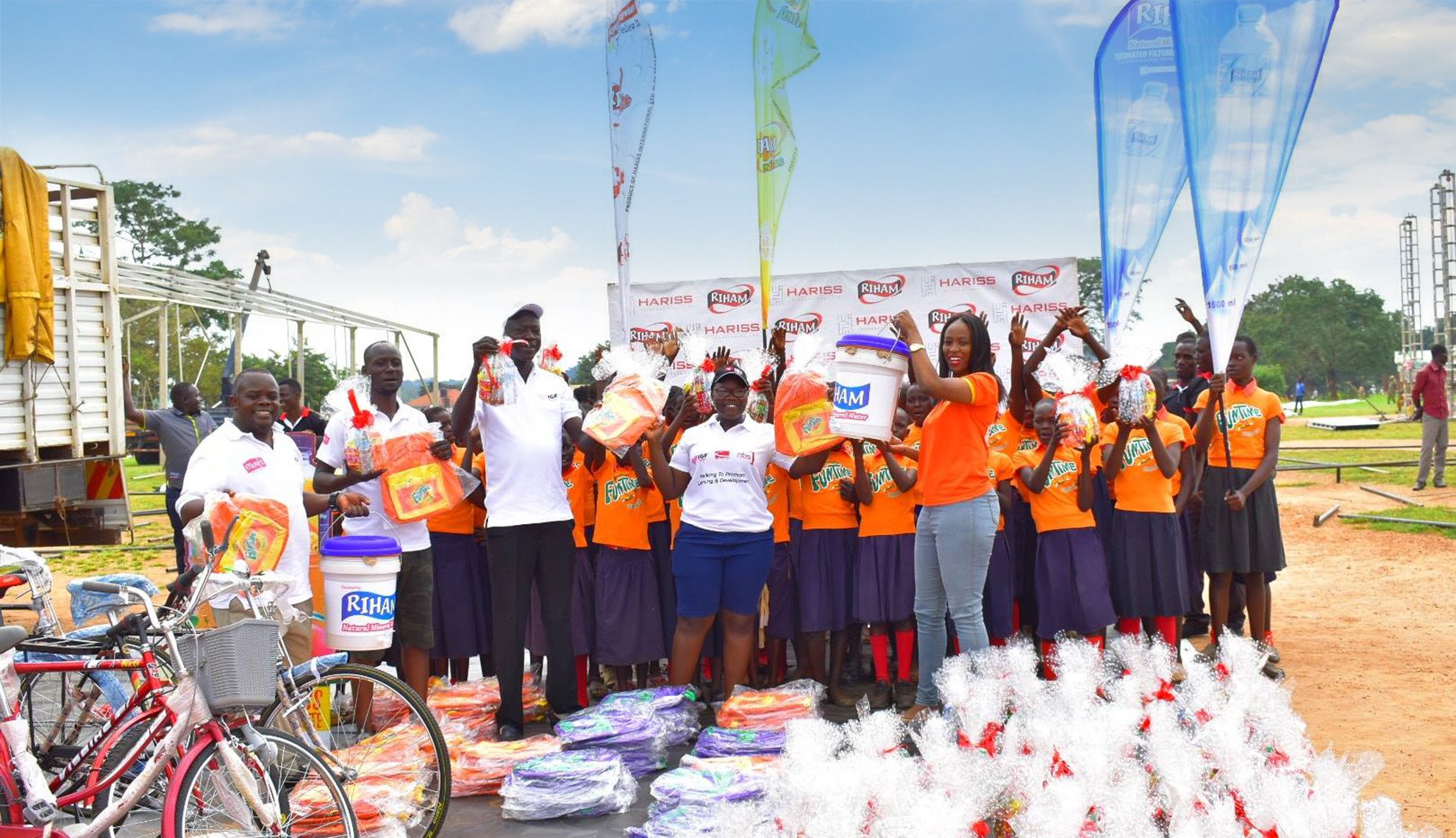 Embodying innovative values that stem from an entrepreneurial spirit, Hariss International and its flagship Riham brand are effectively setting new standards in the food and beverage industry

Africa has come to be renown-ed as a continent on the rise, and Uganda is one country that typifies this reputation.

The East African nation’s real GDP growth rose from five percent in 2017 to 5.3 percent last year. Meanwhile, the African Development Bank has forecast that this upward curve will continue, projecting a 5.5 percent and 5.7 percent improvement in 2019 and 2020 respectively.

Uganda has in fact maintained a promising economic climate since the 1990s and early 2000s, paving the way for Hariss International, now an icon of national progression, to leap to the forefront of the Ugandan food and beverage industry.

“Coming from a biscuit background in Tanzania, I came to Uganda with a dream of promoting the brand name Riham that has been owned by my brother under Riham Industries since 1995,” reveals Yasser K. Ahmad, Co-founder and Chairman of the Board at Hariss International Limited – the parent company of the Riham brand.

“The idea was to establish Riham in not only the biscuits industry but all food and drinks sectors, and so we started our expansion with the launch of water and imitation juice drinks in 2007.”

A story of success
12 years on and Ahmad’s dream has been more than realised.

This is not something that happened overnight for the company, however. Rather, it is testament to the firm’s ongoing determination and sound use of investments.

The Chairman explains: “Our 2007 expansion was facilitated by $1 million in funding, and we haven’t looked back since. In 2013 we again invested $10.5 million in a CSD line that included an in-house injection and closure system and water treatment facilities. The result was the launch of Riham Cola, Riham FunTime and Riham What’s Up, followed by our Rock Boom energy drink later that year.”

This growth has not wavered in the past half-decade, the company launching its Riham Funfruitti and Lavita non-alcoholic malt drink two years later as well as enhancing two additional production lines at a cost of $14 million.

“Our flexibility to respond to market demands and our continuous research into international flavour development keeps us in pole position,” Ahmad adds.

Revered locally, esteemed internationally
The company’s 6.5-acre facility has been crucial to this adaptable approach, allowing the firm to proactively stay ahead of the curve by setting new standards for production, innovation and distribution.

“Our factory is a state-of-art-plant featuring the latest technology-enabled machinery, the highest standards of hygiene and top-quality raw materials,” states Ahmad. “It is also run under an ISO 22000 food safety management system and ISO 9001 quality management system.

“This in turn enables us to produce market-leading products at an affordable price and innovative packaging. We were the first to introduce the 320-millilitre polyethylene terephthalate (PET) CSD bottle in Uganda, for example.”

Leveraging this unrivalled asset, Hariss International has also been able to broaden its horizons in more recent times, with 15 percent of its goods now sold across Rwanda, Kenya and the DRC. And while the company is beginning to cross borders and bolster its international reputation, it remains focussed on its role as a major upholder of the regional economy.

“Our raw materials come from all over the world, but we always try to source from Uganda and East Africa before we go global,” Ahmad reveals. “We have long-standing relationships with wheat millers, oil fat producers and biscuit packaging suppliers in Uganda, for example, and electricity, water and fuel are all locally sourced.”

This is not to say that the company limits itself, however, the firm equally recognising the importance of reliable, trusted business partnerships from overseas.

Ahmad continues: “Many international companies have penetrated the East African market following their successful work with us. Further, our main imported items are plastics and white sugar, and these are international commodities which are traded from the Far East to the Americas.

“India, for instance, alongside Egypt and South Africa, is a major sugar and plastics source for us.

“Further, in 2017 the Uganda Revenue Authority appointed Hariss International as an authorised economic operator under the World Customs Organization (WCO) framework. Its major objective is trade facilitation, promotion of supply chain security and, ultimately, enabling voluntary compliance to customs in recognition of high compliance with Customs laws and regulations and turnover.”

The preferred provider
All things combined, Hariss International has become renowned as nothing other than a true champion of Uganda’s ever-growing economic success.

Owed to its esteemed position, the firm has actively been partaking in a number of corporate social investment practices, helping to nurture local communities and build schools, mosques and churches through its One for Many initiative.

CSR aside, the company currently employs more than 1,000 people across the country and has tailored its recruitment strategy to provide ambitious, young, entry-level workers with the chance to excel by favouring internal promotions.

And while the enterprise has already established itself as Uganda’s food and beverage vanguard, in the eyes of Ahmad, this is just the beginning.

He concludes, outlining some of the firm’s enterprising strategic plans and goals for the future: “Today, Hariss International is on the verge of another major expansion, set to diversify into confectionery, snacks and cakes. We’re building a new Riham plant complex to accommodate this and some new biscuit production lines that will lie on 27 acres of land, anticipated to be ready later this year with the product launches themselves expected to follow in 2020.

“We recognise that the Ugandan market is still relatively underdeveloped, but Hariss International is taking the initiative in the aim of changing this, with more plans and projects to come.

“We’ve managed to obtain and maintain a significant market share in such a short space of time, and we’re slowly but surely fulfilling our vison of becoming the preferred provider in the food and beverages industry in Africa.”