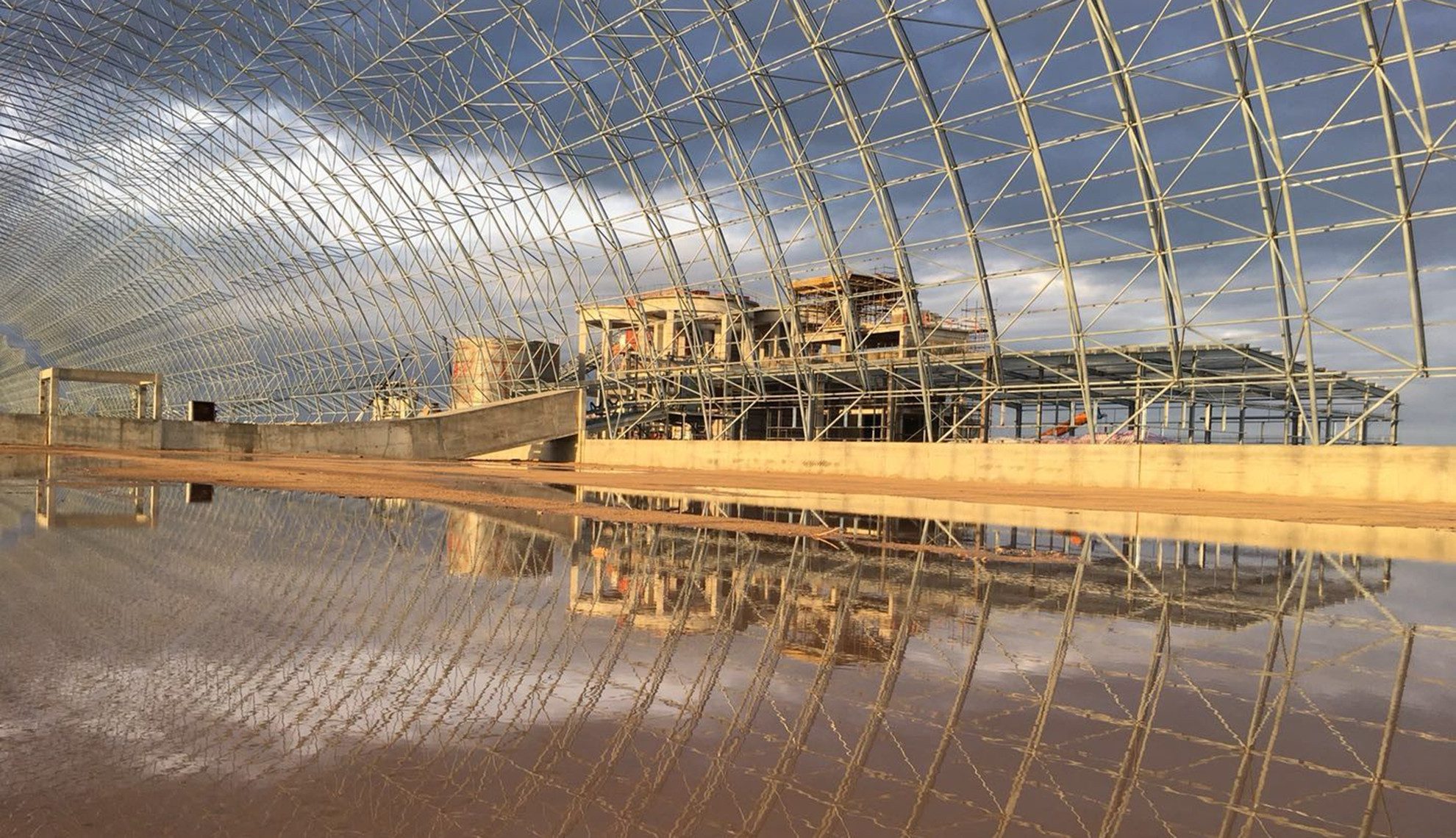 The Coega Industrial Development Zone – nestled in the Nelson Mandela Bay Municipality of South Africa not far from Port Elizabeth, it has served as an export hub and industry-friendly operating environment for more than 20 years.
A duty-free zone with tax incentives and rebates, Coega IDZ is also adjacent to the modern deep-water Port of Ngqura, a vital South African gateway to global markets.
In 2010, Cemza, with the backing of German powerhouse HeidelbergCement as part-owner,
saw an opportunity.
“Prior to our entry, there had been no investment in the cement sector in Eastern Cape for many decades, and the only existing plant was out of date in terms of technology,” comments Managing Director Tushar Agrawal.
“The market was being supplied from other regions involving transport over long distances combined with import of cement from Asia. We saw this as being a suboptimal approach to the market that was not in line with the current technology and trends.
“This motivated us to work on the opportunity, to deliver a value proposition to cement consumers by putting up an investment to fill the supply gap,” the Managing Director enthusiastically explains.
Eight years of careful planning and construction later, Cemza began production at Coega IDZ and has never looked back.
Today it stands as a regional supplier of high-quality, precision-engineered cement to Eastern and Western Cape markets, offering a locally sourced alternative and a guarantee of consistency and reliable turnaround times. Sold in durable 50-kilo shrink-wrapped and palletised paper sacks, Cemza can cater to the entire cement spectrum, from general purpose 32.5N to premium 42.5N and ultra-strong 52.5N grades.
Each product is meticulously formulated in order to serve every construction need.

Indeed, a major differential for Cemza has been the introduction of slag-based cements. These products are especially suited to building in coastal environments thanks to its reduced permeability, superior durability and resistance, and greater long-term compressive and flexural strengths.
Further still, slag-based cement offers enhanced workability and is easier to use, and also carries a much friendlier environmental footprint than its conventional counterparts.

For Agrawal, this perfectly highlights the company’s approach to innovation, injection of which being much needed in the local cement market.
“We follow the Kaizen philosophy whereby innovation and optimisation are ongoing processes,” he says. “Our approach is to continuously review for improvement in each facet of our operation, and that is shown by the introduction of slag-based cement products to the Eastern Cape.
“Being a relatively young team, our agility and commitment to excellence is one of our key strengths.”
Equipped for the job
Inventive human capital is backed up by state-of-the-art equipment, centred around a vertical grinding mill which the Managing Director describes as the beating heart of the facility.
It was sourced from German manufacturer Gebr. Pfeiffer, granting Cemza the advantage of being the only cement producing site with such equipment on the South African coast.
“One of our key advantages is the capability to process ultra-fine grinding as per requirement,” Agrawal adds. “The fineness of cement is a major factor influencing its rate of hydration since the reactions involved occur at its interface with water.
“The finer the cement particles and the greater its surface area, the faster the rate of hydration and the greater the proportion of the cement which reacts within the paste. We can therefore adjust the fineness of the product to higher blaine to enhance strength with a product particle composition that is more stable.”
Cemza’s vertical mill also produces less noise and consumes around 40 percent less energy than traditional ball mills, its lower power consumption providing another competitive advantage as well as an environmental benefit.
Machine supplier Gebr. Pfeiffer is part of an esteemed network of partners from home and abroad, another being Danish firm Ventomatic FLSmidth which manufactured Cemza’s packing system.
“Cemza has been extremely fortunate to forge strong partnerships with certain key customers and suppliers,” Agrawal says.
“Our partnership with the major retailers of building materials – including the likes of Scribante, Massmart, Cashbuild and Spar Group – has positioned us as the preferred cement brand in the Eastern Cape within the first year of our operations. We also hugely appreciate Standard Chartered Bank for being extremely supportive of our business.”
A good corporate citizen
Doing business with suppliers is just one way Cemza is benefitting the surrounding community.
As well as providing employment opportunities and looking out for the wellbeing of its staff, the company is equally eager to impart a positive, lasting impact more widely across the local area.
Agrawal highlights a recent corporate social responsibility initiative with well-known explorer Riaan Manser and the Sunflower Fund, a body devoted to the fight against blood-borne diseases such as leukaemia.
“We ran a campaign in February 2020 called the ‘Cemzaman Challenge’, which involved Riaan along with his sidekick undertaking certain epic adventures with a bag of Cemza cement,” the Managing Director explains. “The campaign culminated in a donation of R150,000 to the Sunflower Fund by Cemza.
“For us as a proudly South African company serving our people, promoting skills and having a positive impact on the community that we operate in is as important as being the most trusted cement expert.”
And it is this ethos that will guide Cemza in its future growth and development, its commercial success enabling it to contribute even greater amounts of resources and time to the people and communities surrounding its operation in the Eastern Cape.
Agrawal outlines ambitions to enhance the brand positioning of the company as a local market leader, a status which should enable it to fully remove any reliance on imported cement products. Over in the Western Cape, Cemza is aiming to become the second largest supplier, with other South African provinces also on the firm’s radar.
Concluding the conversation, Agrawal adds: “Cement demand in South Africa has generally been flat over the last few years.
“But while volume growth has been slow, we see opportunities for expansion as a large portion of the existing capacity in the country is very old, and there has generally been a lack of investment in the cement sector here, which has led to growth in imports.
“We are working on a strategy to expand our footprint into other provinces in South Africa. We are also working on opportunities for export of our products into neighbouring countries and the Indian Ocean islands.”