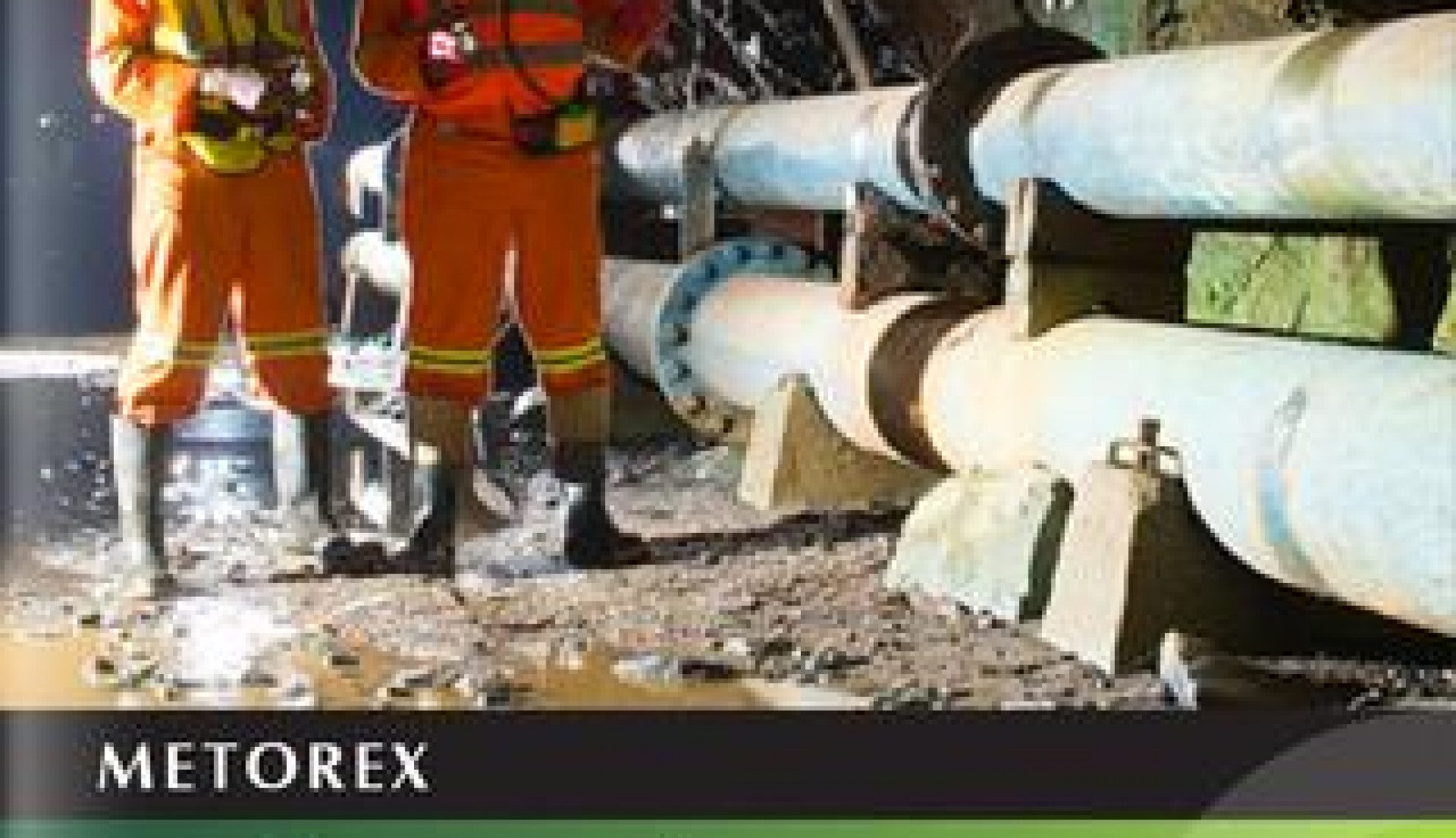 Base Metal Mining at its Best

Metorex is a well established and respected mid-tier mining Group, uniquely positioned in the southern Africa base metals mining industry as a pure copper and cobalt investment.

As a wholly owned subsidiary of the Jinchuan Group since January 2012, Metorex has expanded its presence in Africa’s base metal mining industry over the past three years. This Chinese state-owned mining company based in the Gansu province of China produces a wide variety of metals including cobalt and copper.

With a mission to grow a sustainable African-focussed mining company that offers opportunity for the development of both employees and communities, Metorex works hard to reach shareholder expectations and is actively contributing to the development of the continent.

As present, the subsidiary is working to optimise its existing mines in order to ensure that when a new mining opportunity arises, Metorex is more than ready to lend a hand. Through the appropriate application of capital and technologies, the company is able to supply a quality base metal to the agreed specifications, while running a zero harm health and safety policy.

Akin to this is Metorex’s new human capital brand, which functions to educate employees in the ways the company conducts its business, including abiding by the laws of each company they operate in and providing staff with the key skills required in doing so. The idea is to align the entire team with Metorex’s strategies, vision and mission.

“We are process champions who are aligned to the business, proactively involved, led by example and act with integrity. Our strategy involves working closely with our business partners and always working to be even better at what we do,” the company states.

Metorex’s growth strategy is being realised through the construction and development of the Kinsenda Project and the future development of the Musonoi and Lubembe deposits, in addition to the Chibuluma and Ruashi Mining projects already underway.

When it comes to managing its staff, Metorex has adopted the ‘employee life cycle’. The model identifies the various stages in a staff member’s career to help guide their management and optimise associated processes. It is the framework for evaluating the entire employee experience, providing a holistic overview of their journey with the company.

Kinsenda is situated within the Democratic Republic of Congo, near the border town of Kasumbalesa. The border town has easy access to infrastructure, with a sealed single-lane road that connects the mine to the regional highway, just 20 kilometres to the west of Kinsenda.

Currently ranked as one of the world’s highest grade copper deposits, the Kinsenda Project has declared mineral resources of 20.7 million tonnes at a grade of 5.6 percent copper, and is expected to produce an average of 20,000 tonnes of copper in concentrate per annum.

Kinsenda employs local residents from the nearby settlements of Meleke, Twibombele and Kinsenda and accommodation for workers is readily available within these areas.

A Bankable Feasibility Study (BFS) on the project was successfully completed in 2012 and the project was approved by the board in March 2013. Construction work at the site commenced in July 2013 and included the development of site infrastructure, underground access points and the ore processing plant. Metorex aims to have the mine in operation during late 2015.

The feasibility study has only taken into consideration the mineral resources that have been discovered in the western portion of the land. Through a drilling programme undertaken in 2012, a significant volume of inferred mineral resources lying to the east of the main project area were identified. The area has been explored over the past two years as a result, and Metorex anticipate that the discovery of this eastern mine could add a further six to eight years onto the life of mine.

Also located in the DRC is the Musonoi Project, which is on the outskirts of the mining town of Kolwezi. The project area contains at least two known mineralised zones, one of which – known as Dilala East – was discovered as a blind, high grade copper and cobalt deposit in 2007.

Following the initial discovery of the high grade mineralised zone, the property has been extensively drilled, declaring a mineral resource of 31.7 million tonnes at a grade of 2.8 percent copper and 0.9 percent cobalt. The mineral resource has been defined to a depth of 600 metres below the surface and indications are that the ore body is open to approximately 1,000 metres below the surface.

A Bankable Feasibility Study (BFS) on the project in 2014 concluded that an underground mine, producing 1,000 kilo-tonnes per annum run-of-mine (ROM) ore with a life of more than 20 years could be established on the land. Musonoi is expected to produce 31,000 tonnes of copper cathode and 10,000 tonnes of cobalt contained in hydroxide per annum.

Being located within the heart of the Kolwezi mining hub, between ENRC’s Roan Tailing Project and Katanga Copper Company’s Kamoto operations, the project has excellent access to the infrastructure needed for mining projects.

To date, the mines around the town of Kolwezi have produced more than 400,000 tonnes of copper per annum, therefore labour is readily available in the area all with the necessary mining, processing and acquired technical skills that are required to operate the underground mine.

In early 2012, a scoping study was completed which confirmed the potential to mine and process mixed sulphide and oxide ores at Lubembe. With the hopes to excavate 93 million tonnes of copper at 1.9 percent grade at a rate of 3.6 mega tonnes per annum via an open pit mine, Metorex conducted a pre-feasibility study in the middle of last year to determine the optimal processing option, to carry out detailed metallurgical testing and to commence baseline environmental fieldwork in the areas identified for waste rock dumping and tailings storage.

Located to the south of Chbuluma in Zambia, the Chibuluma mine has been producing copper since 1955. With a current equivalent annual production capacity of approximately 19,000 tonnes of copper in the form of concentrate, Chibuluma continues to be described as Zambia’s model mine.

Ruashi is a copper and cobalt mine in Katanga province, located within the Democratic Republic of Congo. This mine is made up of three open pits, along with a modern solvent extraction electrowinning processing plant. Production at Ruashi began in 1911 and is one of the oldest mines Metorex manage. Ruashi Mining currently produces 38,000 tonnes of copper and 4,400 tonnes of cobalt per annum.