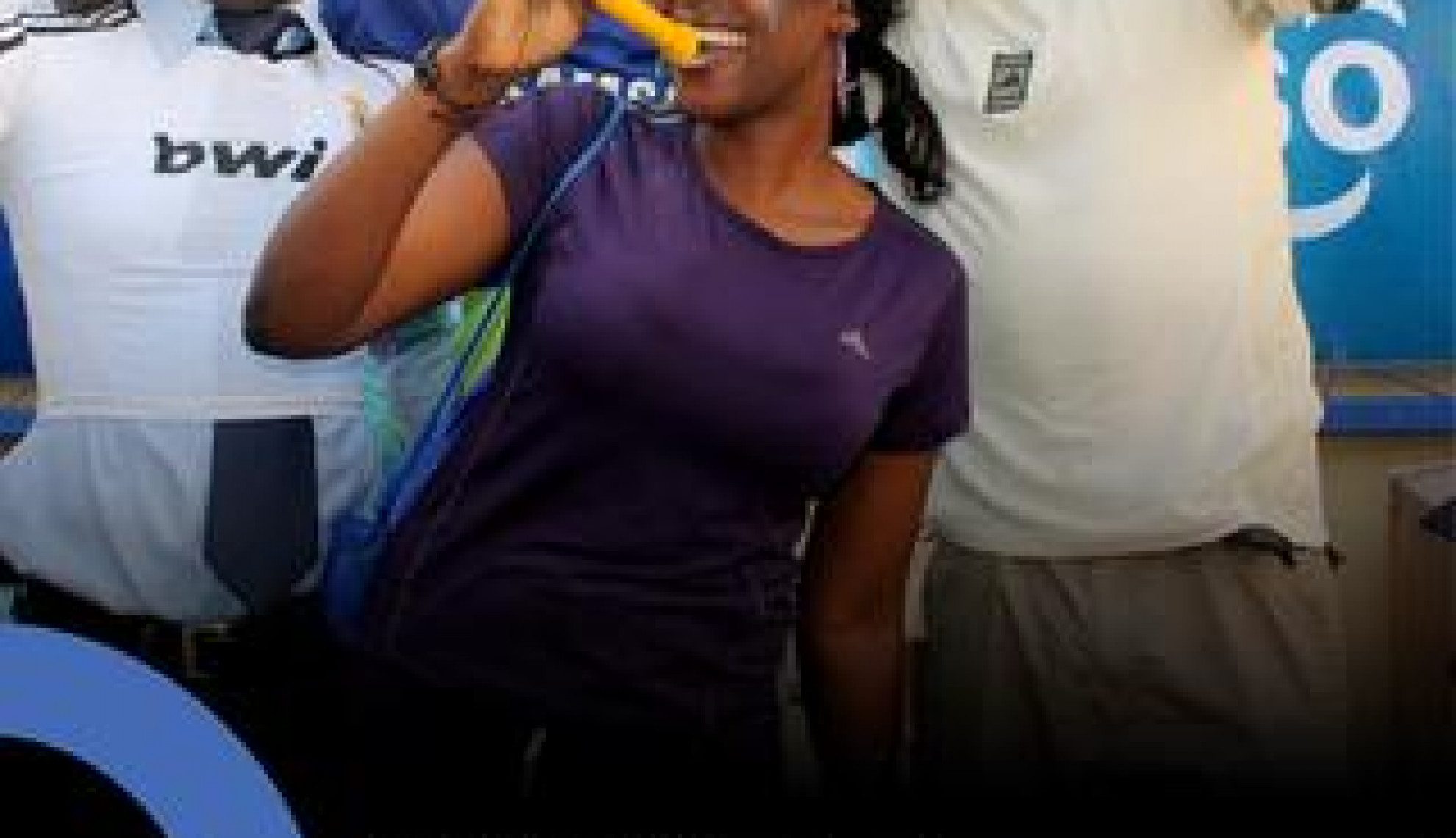 Building a Digital Life for Chadians

The last two years marked several milestones for Tigo Chad; with the launch of Tigo Cash, 4G LT E services and the renewal of their license in the country for a further ten years, all of which promises to increase their customer reach in the future

Since their launch in Chad in 2005, Tigo Chad has gone on to become the largest mobile network in the country that offers mobile voice communications, 2G, 3G and 4G (LT E) technology; and Mobile Financial Services (Tigo Cash) that already reach close to a quarter of their customer base. 2014 was a milestone year as they became the first company to bring 4G LTE internet connectivity to the region, boasting 75 percent of the market share for broadband services, and over 2.6 million customers overall (as of September 2014).

Furthermore, Tigo Chad is part of the Millicom Group, with operations across 15 countries in Africa and Latin America and over 53 million customers. It is the first operation within the Millicom Group in Africa to launch 4G LTE technologies – a first for Chad and also for the entire CEMA C zone (Central Africa). “Tigo has the largest network coverage with over 540 sites covering over 87 percent of the population,” cites Benoit Janin, CEO of Tigo Chad.

As a leading MFS provider with over 500,000 clients using their financial services, Tigo Cash has been a key part of company success since its launch in November 2012. The application achieved one of the fastest penetration rates of Mobile Financial Services ever registered in Africa, standing at an impressive 10 percent penetration rate after the first year of implementation.

With such strong figures backing Tigo Chad’s promising market progression, the company renewed its license in the summer of 2013 for the next ten years. “Indeed, we have been confirmed as the market leader in terms of our subscriber base by the local regulator in the last quarter of 2013, and so have been successful in securing Tigo’s longevity in Chad  for the foreseeable future. This has allowed us to focus on our long term goals and really hone in on what services the customers want in the next ten years,” Janin continues, “In the last two years, we have extended our network coverage from 400 to 540 sites; a huge 25 percent coverage increase. What’s more, our work in customer service has been recognised by industry peers and our Facebook page is the most liked in Chad with more than 48,000 fans.”

Transforming the Lives of Chadians

One of the major challenges of operating in an underdeveloped country is access to infrastructure; namely access to the national electricity grid as Janin explains: “Access to a secure energy supply is a big issue as only around one percent of the population has access to the grid. For us, it means that all our sites are ran via generators, which requires considerable maintenance and field works to keep them running.”

The telecommunications industry in Chad is still in the growth phase, with mobile penetration standing at approximately 40 percent of the total population. Subsequently, the government has embarked on a huge development project to make Chad the ICT hub for the Central Africa region. “For us at Tigo Chad, this arrival of modern technology alongside our current data network progression from 2G+ directly to 3G+ and 4G, will mean a considerable number of changes in consumer habits in the coming months that will really cement our growth. We tested our 4G service on the 1st July this year and this, and the 3G+ service, were commercially launched in November 2014,” affirms Janin.

As less than half of the population currently have access to a mobile, Tigo recognises the significance of a mobile device for customers: “We know that a mobile means families and communities can communicate via phone for the very first time; smallscale farmers can access weather reports or the latest market prices; entrepreneurs can take their business to places where no banks or formal financial institutions ever existed, and loyal customers can contribute to their health insurance policies via text message,” Janin adds: “Our markets may lie beyond the western economies and they may seem less familiar; but to us, they promise dynamic growth potential where our freedom to innovate is unlimited. They are part of us, and we demand more of ourselves every time to build original, exciting digital services for our customers there.”

Standing Strong in the Face of Challenge

Tigo Chad strives to maintain their position as market leader. In order to do this, the company are working hard to improve their quality of service and their US$200 million investment in this area over the next five years is testament to this. “We are thoroughly committed to improving our quality of service and will continue to invest in the Tigo network and our distribution channel, and also look to eventually bring in new services that run in conjunction with our mobile services; such as digital television and e-commerce,” Janin highlights.

As Chad continues to acquire better infrastructures – such as the construction of new roads – optical fibre will be made available from next year and Janin has no doubts that the growth of the economy will help grow Tigo’s business: “Opportunities exist in Chad together with more and more economical development and the country is attracting new businesses every day. Tigo will ensure to deliver our commitment to have over 90% of the population covered by our network. We will also ensure the extending of our 3G+ data network to the rest of Chad and we will further develop our data network with the arrival of optical fibre by the end of 2015.”

Janin is confident that with a strong team behind him that delivers day-in day-out, Tigo will be able to face challenges head on: “We make our staff aware of Tigo’s activities, whilst at the same time ensuring that they get the relevant training for their own development and also the benefit of the company.” Reinforcing this statement is the 4000 hours of training the company profess to have completed in 2013, which Janin says is a result of the company focus to “keep customers close to our heart”.

As a result of being people-focussed, Tigo Chad’s main drive is to invest in local talent. More than 97 percent of their staff are locally recruited and through the aforementioned training, Tigo invest in the long-term skills development of their employees. “We employ over 350 people directly and close to 100,000 employees indirectly across the country. Thus, we feel proud to be a responsible corporate citizen of Chad who contributes to the country’s economic growth,” explains Janin.

Recently, Tigo Chad received two honours. The first was the Trophy for International Leadership and Image, awarded by the Global Trade Leaders Club in Madrid in December 2013. The second award was in recognition of their customer service – the Diamond Eye Quality and Excellence award – which came from Berlin. Commenting on their achievements, Janin adds: “Our two international awards serve as another strong recognition of our focus and efforts in terms of quality of service. I feel very proud to have won such prizes and I am not only proud of all my Tigo colleagues, but also for Chad as our efforts place the country on the NTIC world map.”

In addition to these international accreditations, Tigo Chad strongly believes in assisting the local communities in their development, and aims to play an integral role in the development of Chadian entrepreneurs and future leaders. “Since 2012, together with Reach For Change – an NGO based in Sweden – we have developed a yearly competition where we select three social entrepreneurs that have projects aimed at changing the lives of children. These entrepreneurs receive US$25,000 every year. In this year’s competition, we added a digital component to it, meaning that we allow entrepreneurs the chance to use mobile technology to change society. Each year, the initiative transforms innovative ideas into sustainable ventures.” Moreover, Tigo Chad are also the official partner of Malaria No More, an NGO working in the fight against malaria. In this partnership, the company can reach areas affected by the disease and educate the population via SMS on ways to avoid malaria; the deadliest health factor in Chad with over 600,000 cases per year. The company also regularly contribute to access to clean water by building wells in remote areas, and they actively support various orphanages across the country.

On the more creative and cultural heritage side of social responsibility, Tigo Chad are the official partner of the only cinema in N’Djamena – Cinéma Normandie – and work with the French Institute (IFT) who promote arts and culture in Ndjamena. “Not only have we been contributing to the cinema, but we have been sponsoring the Semi Marathon of Peace since 2007 and for the past two years, we have helped traditional dance and music festivals across the county,” Janin concludes by proudly emphasising: “Culture is an important part of any country, and it is important that all who both live here and visit Chad understand this. Therefore, Tigo is proud to be associated with the life of culture and tradition in Chad.”