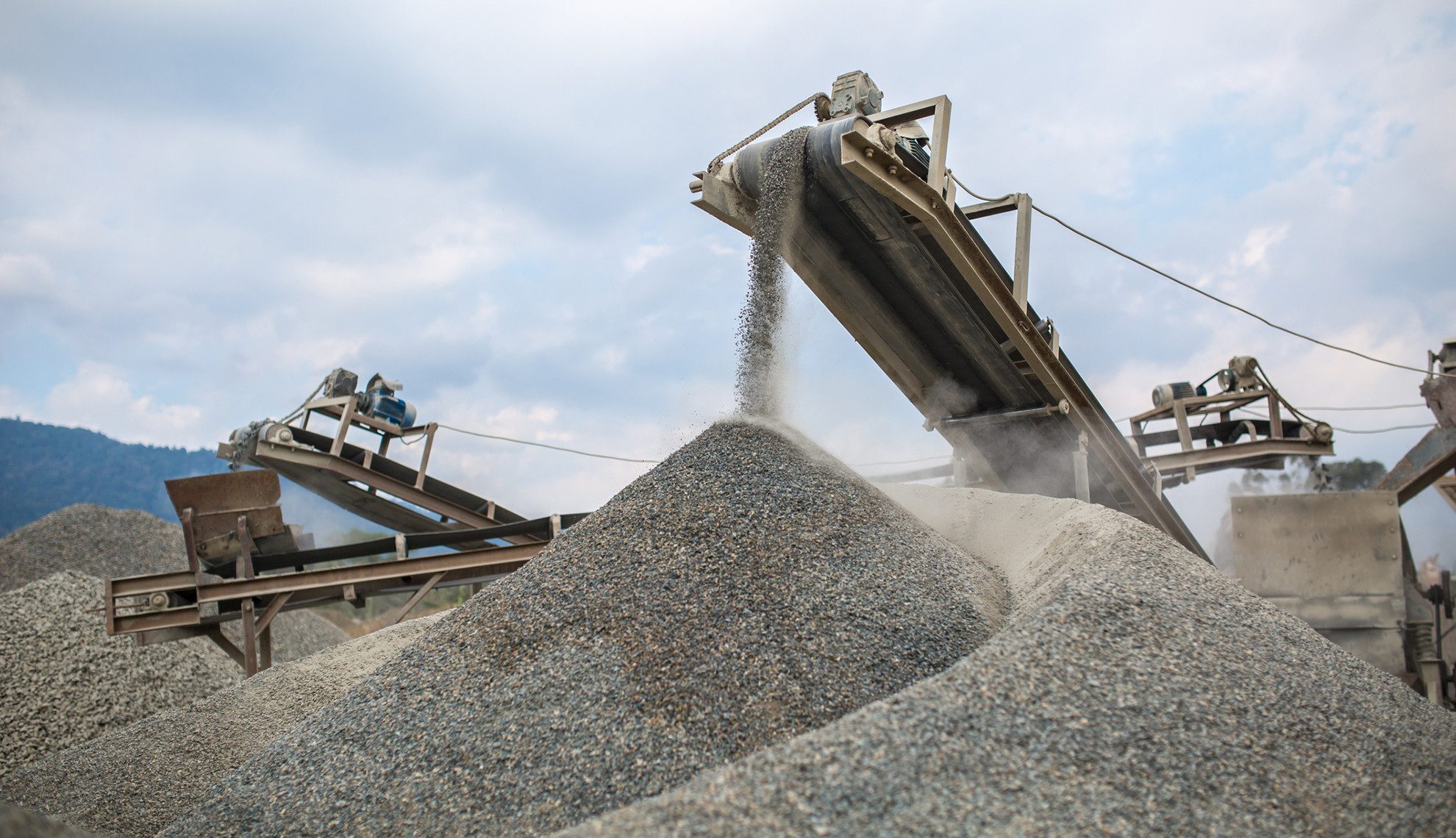 Dangote Cement and its flagship Mugher plant have transformed Ethiopia’s construction capacity in the past half-decade, delivering 2.5 million tonnes of high-quality building materials to the local market every year

Economic diversification. Described by the World Bank as arguably the greatest challenge facing developing countries, small economies and landlocked nations that are primary commodity dependent, it is crucial to achieving sustained, job intensive and inclusive growth.

For Ethiopia, such rings particularly true. Deemed the fastest expanding economy in the world after recording an annual GDP growth rate of almost 10 percent between 2008 and 2018, Africa’s third largest inland nation has been looking to consolidate on recent gains by bolstering its infrastructure and public and private offering.

“The first phase (2010-2015) focussed on agriculture development and support services including infrastructure preparations like human development, education, healthcare and banking. As a result, however, the country began spending millions of dollars on cement imports as local production could not sustain demand.

“The turning point came in 2012 when the government called for a series of cement plants to be built locally, leading both national and foreign investors to construct new such facilities in different locations across the country.”

Dangote Cement itself, Africa’s leading cement producer, was one such investor.

Embracing the challenge and opportunity to make a critical contribution to Ethiopia’s sustained growth and development, the company earmarked $650 million for the construction of a flagship cement manufacturing facility at a 135-hectare site in Mugher – a town situated 83 kilometres west of Addis Ababa.

Inaugurated June 3, 2015, the facility is able to produce 2.5 million tonnes of cement every year and accounts for 30 percent of the entire local market.

“We’re proud to have stabilised the cement shortage and its resulting artificial price escalation here in Ethiopia,” Trugillo states. “Our plant has changed the cement business perspective of the country with regards to service in terms of product availability, price and quality. It plays a vital role in controlling the cement market of the country.”

Unending innovation
Indeed, the company has garnered a revered reputation as a result, underpinned by its emphasis on maintaining a best-in-class operation.

The Mugher plant itself provides the evidence: it is the only cement facility locally to have vertical mills for its grinding processes and is uniquely run by a sophisticated robotics system, helping to ensure its products are in line with world class standards (32.5R and 42.5R).

Meanwhile, all of its machinery and control systems have been delivered by high-class European original equipment manufacturers.

Its in-house packaging facility that is currently under development and set to be functioning in March 2020, for example, will leverage Haver & Boecker’s ROTO-PACKERs and automatic loading bag technologies that have the capacity to load 6,000 tonnes of cement every eight hours.

“Once complete, this facility will produce approximately 60 million polypropylene cement bags per annum,” Trugillo affirms. “And in the cement plant our modern robotic laboratories strictly monitor product standards, and online gamma metrics system analysers are used from the raw materials stage right up to the
final product.”

Operating these advanced technologies are the company’s equally adept, highly trained staff that adhere to stringent quality assurance processes to likewise guarantee quality and consistency. Yet beyond those employed in technical positions, the company is responsible for the livelihoods of thousands of others.

“Our factory creates employment opportunities for more than 3,000 people in permanent, contract and agencies directly and indirectly,” Trugillo states. “Moreover, there are 20 SMEs with more than 900 members combined benefiting from the company through job opportunities, and between 50 and 100 people benefitting from job opportunities as daily labourers.

“We also have a fleet of 420 trucks that is manned by our capable logistics team – critical to supporting our inbound and outbound supply chain, and further making sure of the smooth, seamless and reliable production and delivery of cement products.”

Reducing imports and bolstering employment are not the only ways in which Dangote Cement is able to contribute to the Ethiopian landscape, however.

Corporate social responsibility initiatives are also a major part of the organisation’s overall remit, the national division having invested more than $3 million in such programmes since inaugurating its plant four and a half years ago, including schooling improvements, supplying water to Mugher town, and building roads for Mugher and Inchini towns.

“Another area in which Dangote Cement Ethiopia is unique is the fact that we are free from environmental pollution,” Trugillo reveals.

“We undertake a major tree plantation project every year to balance the nature of our operations in the mining area and compound of the plant, and use new technologies which are unique to our plant that allow us to leverage old tires, plastic bottles of water and tattered bags of cement as a source of energy, subsequently minimising our environmental footprint pollution.”

Indeed, such practices resonate particularly well at a local level, creating an aura of respect and appreciation around the enterprise.

“Being one of the top foreign direct investment companies in Ethiopia, Dangote Cement is always the preferred company for vendors in the domestic scenario,” Trugillo explains. “It’s the company’s image and reputation that has helped to build trust, along with the transparency of our operations within the community and regulatory agencies from the government.

“Our aim is to always be part of the solution in resolving national challenges, aiming to localise the main inputs of our work. This spans everything from the supply of spare parts and raw materials to fuels and other associated products and services.”

Its staff unsurprisingly have a similar affinity for their employer, testament to a series of progression programmes that are tailored to each individual.

The Country Manager continues: “Along with the whole Dangote group of companies, we aggressively focus on people development through training and international exposures. One of our long-term aims is to create an Ethiopian expatriate community that will provide the option of travel to other African countries where Dangote also operates.”

At the heart of Africa’s economic revolution

In contrast to these international ambitions, however, there is still much to be done at the local level in a broader Ethiopian context.

The second GTP covering the period 2015-2020, focussed on the industrialisation of the country, is nearing its end and has slightly underperformed owed to different social, political and economic factors. As a result, Ethiopia continues to lag behind many of its African counterparts.

“Cement consumption per capita in Ethiopia is still at 75 kilograms while adjacent countries like Egypt are already at more than 300 kilograms,” states Trugillo. “This does, however, show huge opportunity in Ethiopia for the medium term, should the number of projects that the government has capacity to finance rise.”

Pointing to a report which suggests that a possible increase can and will happen, the Country Manager is able to conclude our conversation with a degree of optimism, confident that not only the construction sector but the country as a whole is heading in the right direction.

He affirms: “Ethiopia’s capital budget expenditure has been rising continuously during the course of the past 10 years, and total cement consumption will be increased further should the growth of urban populations be supported by a proportional increase in incomes.

“Naturally, the need for more housing and the associated infrastructure will cause construction demand to increase. And for me, Ethiopia’s high construction demand will stay at the heart of Africa’s economic revolution, with the industry predicted to grow by at least 15 percent in the next year.

“For us at Dangote, the plan is to double capacity and become more aggressive in export markets. Looking longer term, the ultimate way for our company to be more competitive is to improve our productivity and reduce our emissions, so for the next three years we’ll also be aligning with the country’s ambition to have a clean and resilient green economy.

“It will certainly be a busy but exciting time ahead.”